The New York Times is a great source for current news, but more importantly, it has all of my favorite puzzles. There are no NYT puzzles that I dislike, but there are, of course, ones that I favor over others. For the purposes of this ranking I have combined the mini crossword puzzle and the normal crossword puzzle, so here are my rankings for the seven NYT puzzles. 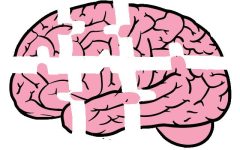 Dylan's Piece of the Puzzle: The brain 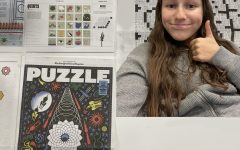 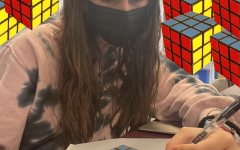 Dylan’s piece of the puzzle: The Rubik’s Cube

When I learned about Wordle in early January, it became an instant favorite. Everyday after I wake up, I look forward to the excitement that comes with guessing the mystery word. Wordle has become such a large part of my daily routine that it can be hard to move on with the day if I haven’t guessed the word yet.C

I started doing the daily spelling bee in August when I downloaded the NYT Games app. The Bee is arranged as a honeycomb, with one letter in each section. There is one special letter in the middle, which must be used in each four plus letter word. There are seven distinct letters, and the objective is to find the word that uses all seven at least once. This special word is called the pangram. While I do not always find the pangram, I always enjoy seeing how many words I can make with the seven letters given.

I have been doing Sudoku since I was around eight years old. Though not a NYT classic, Sudoku will always catch my attention in any newspaper I can find. While the ranking of fourth place may give the impression that it is, Sudoku is anything but mediocre.

I discovered vertex in September 2021. This game acts as a connect-the-dots puzzle that fills in unique shapes each time a specific number of dots is connected. While I did enjoy it for a little while, it simply never stuck.

Tiles is another visual puzzle created by the New York Times. In Tiles, the objective is to clear a board by matching specific tiles with elements in common. I did Tiles off and on in fall 2021 but sadly, like with Vertex, it never stuck with me.

As a lover of word puzzles, I expected to love Letter Boxed. In this puzzle, a square with three letters on each side is presented. The user’s goal is to use each letter at least once in a specified amount of tries, with words containing three letters or more being accepted. I did enjoy Letter Boxed for a while, but I often found myself getting frustrated with it and ended up not enjoying it quite as much as other NYT games.