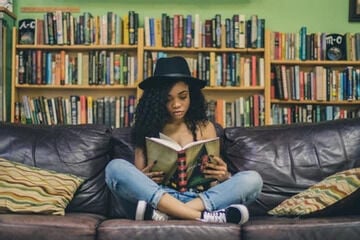 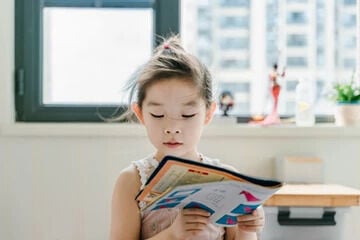 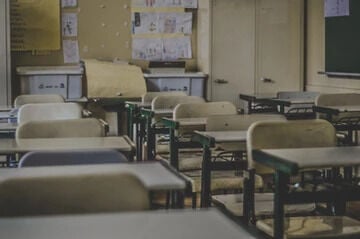 Dyslexia is a reading disorder that manifests itself as difficulty with reading and words. As of a study conducted in 2001, an estimated five to 12 percent of children in the United States are estimated to be dyslexic, potentially one in ten, and yet very little is widely known about the depths of dyslexia.

Though sometimes people associate dyslexia with a lack of intelligence, people who are dyslexic are no less intelligent or understanding than their peers. According to Understood, dyslexia is not a sight or comprehension issue, but rather brought about by differences in the language processing part of the brain, making it more difficult to connect words with sounds. It’s often a hereditary disorder, and difficulties with language or reading are common within families.

People with dyslexia see words exactly the same as non-dyslexic people: the difference is with phonological processing. With this issue, the quick connection between letters on a page and a word in our minds is much more difficult and takes more time. According to TED-Ed, the brains of those with dyslexia generally rely more on the right hemisphere, dealing with spatial activities, rather than the left, which focuses more on language.

Dyslexia affects people on a spectrum in varying levels of severity. This can mean struggle with phonemic awareness, recognizing sounds in words, one of the key aspects of early public education. It can also lead to difficulty later with grammar, reading fluency, sentence structure, and more complex literacy skills. Dyslexia can affect memory as well.

Though it’s classified as a disorder, dyslexia is not a hopeless condition. Our brains have the capacity to change, and with the right guidance and practice, people can learn to work with and around dyslexia.

But one major issue standing in the way of dyslexic students across America is the U.S. school system. It begins with identifying and understanding the condition, which often isn’t diagnosed until third grade or later, according to American Public Media Reports. Dyslexia is particularly difficult with reading and writing English, because of how phonetic the language is. This makes core elements of the education system, based on document analysis and essay-writing, much more difficult for dyslexic people.

Many schools have attempted to address this issue by structuring the curriculum around less reading-focused work. One such system is Project Based Learning. As explained by the Yale Center for Dyslexia and Creativity, this approach focuses on asking practical questions and expecting students to demonstrate understanding through projects and hands-on tasks. More visual and auditory assignments are incorporated into school curricula to help modify the accessibility of them. This is the right track; dyslexic students are not wired in the same way as non-dyslexic students. Their thought process is not based upon reading and writing, and expecting that of them only hinders their potential.

Despite that, reading has and continues to be, a vital part of our lives and futures. Language and writing are key elements of our society, and it is important that people learn to read and to enjoy reading with the resources they have available to them. Schools lack these resources and are unable to properly diagnose and address the minority of students who do not fit the standard learning method. Schools equipped with resources are often overly expensive and not very accessible to the children who need it.

Without the ability or time to identify and work directly with dyslexic students, teachers and school systems are forced to have those with dyslexia to conform and do their best by working in a way their minds are not suited for. This limits people with dyslexia and creates a negative perception of dyslexia to both outsiders and themselves. According to The Guardian, dyslexic students can grow up with an inner sense of ostracization and worthlessness, feeling as though they are unintelligent for having difficulty with reading.

The root of this problem, though, comes from viewing dyslexia as a disability and a weight, as though it can only be endured. Dyslexia may prevent people from reading with ease, but it does not prevent intelligence from reaching its full capacity. Many of the most notable scientists, writers and artists had dyslexia or other reading disorders. According to American Public Media, dyslexia may be linked to increased creativity or artistry. Whether or not this is true, dyslexia does not stand in the way of success.

The more dyslexics can read and process at their own pace and level, the more they can grow and become more comfortable with reading. Reading is a learned skill, one that grows with time, and those with dyslexia can still achieve it; they just need to be given a fair chance. And while the importance of the written word grows in our lives, so does the technology we have available. Literature and language in our society are not only accessible through physical reading and writing; as modern technology advances, so does the potential for new, innovative ways of consuming the art our world has to offer.