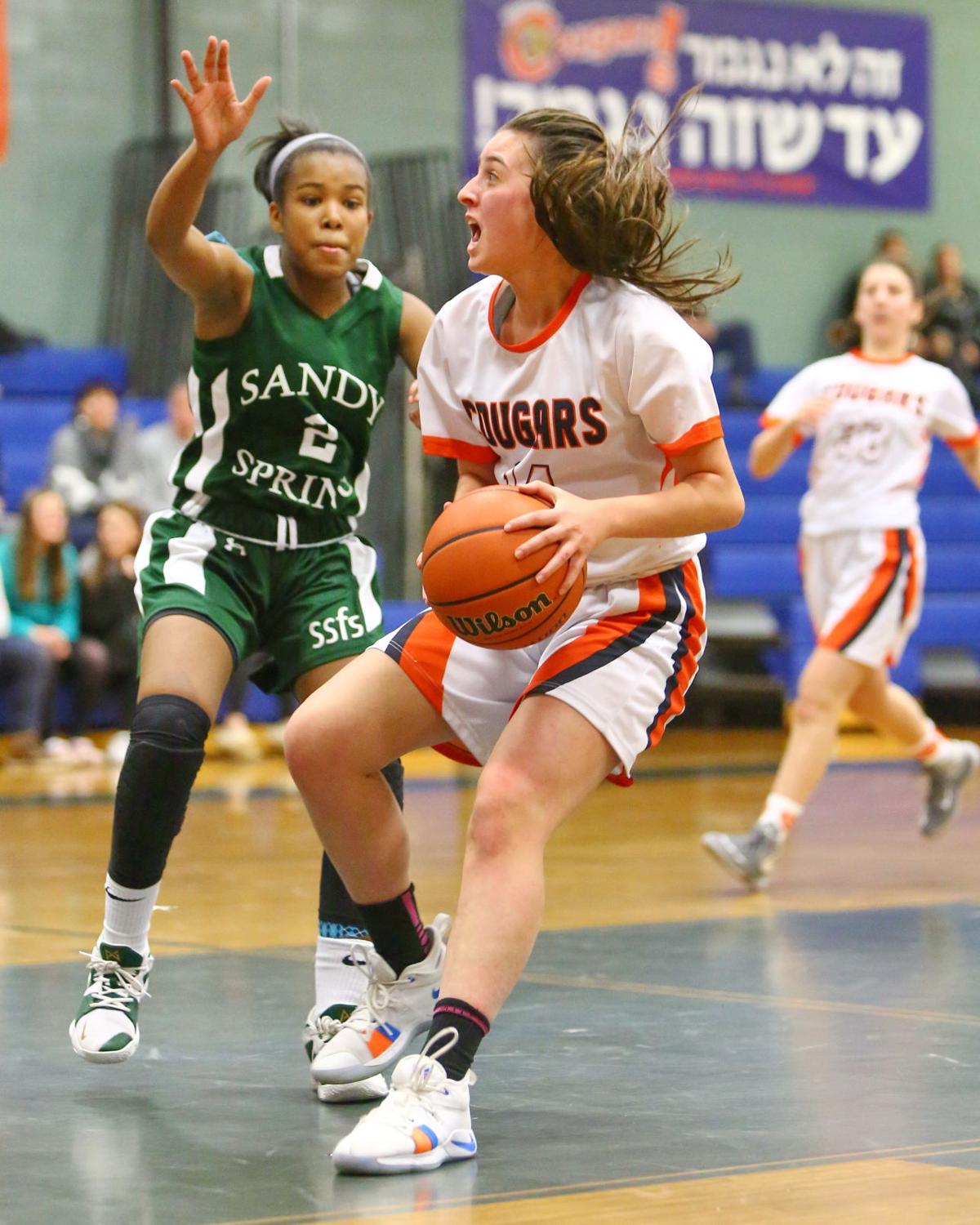 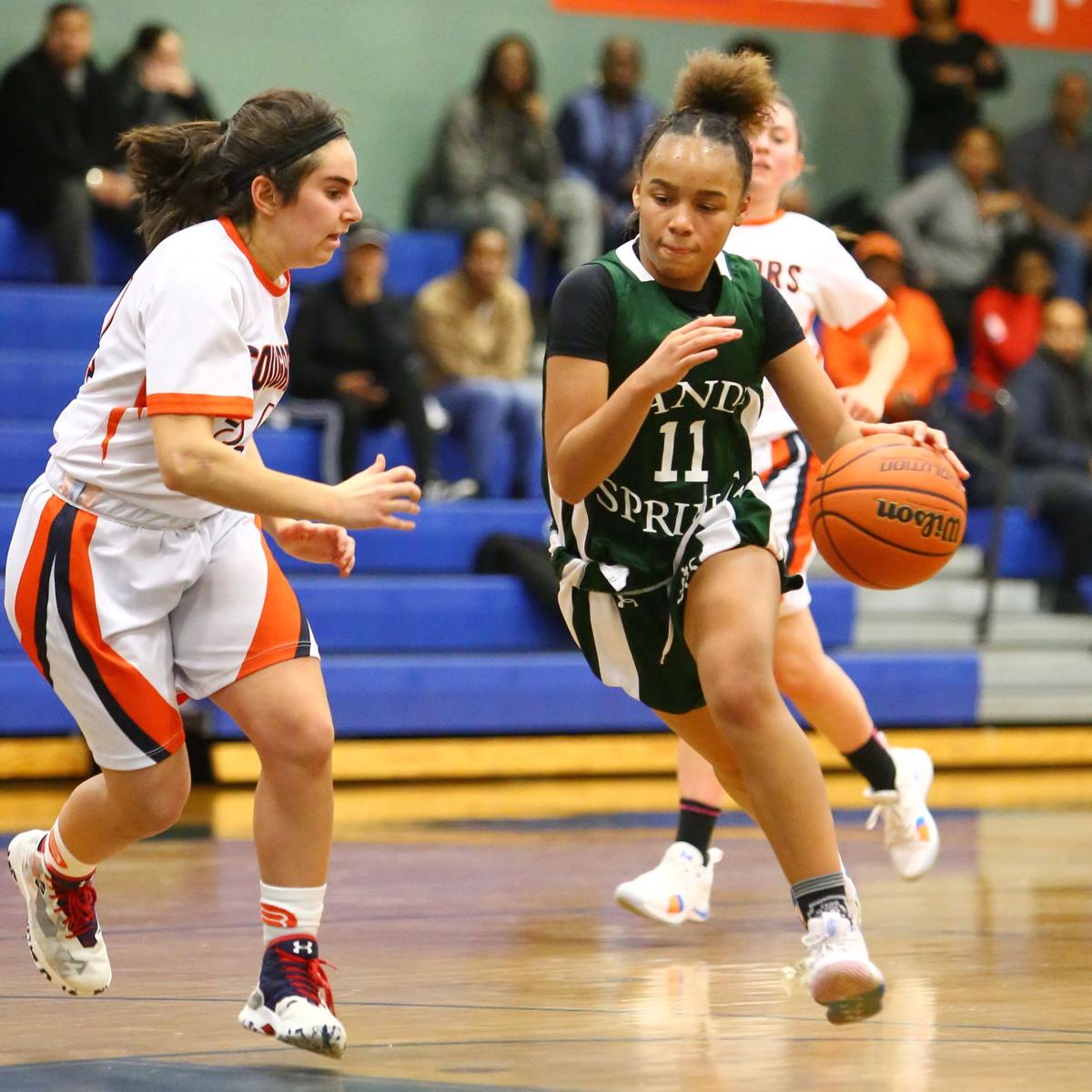 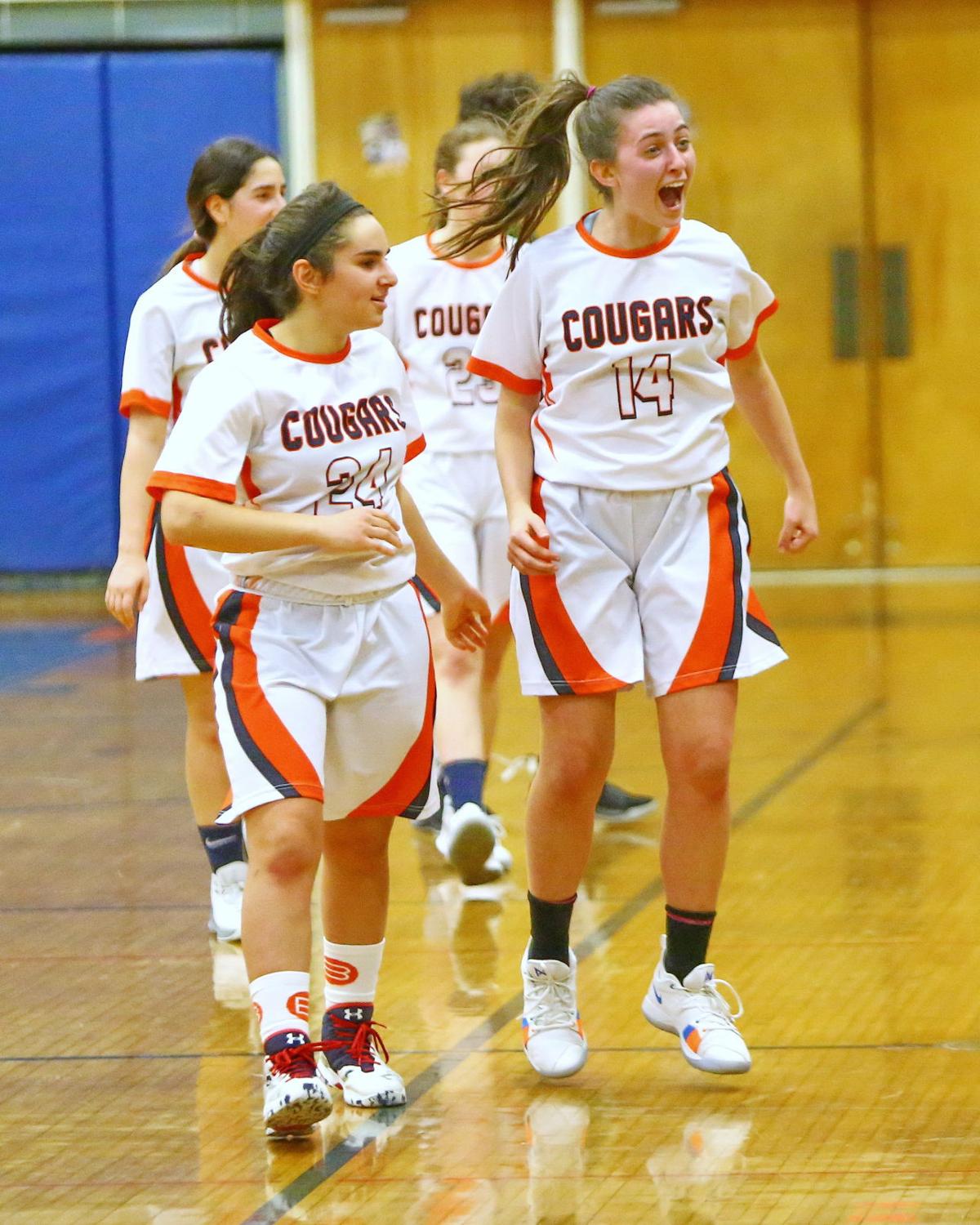 [Did you miss the game? View and purchase photos in our gallery here!]

ROCKVILLE – A 10-point lead. A second-half comeback. A tie game, a close win and a disappointing loss.

The Feb. 2 Potomac Valley Athletic Conference matchup between the Sandy Spring Friends School girls’ varsity basketball team and the Lady Cougars of the Melvin J. Berman Hebrew Academy featured all of the above and more, as the Cougars orchestrated a third-quarter comeback, to earn a 46-40 victory at home against the Wildebeests.

The matchup came nearly two months after SSFS narrowly escaped with a one-point win against Berman at the start of the season.

This time, Berman (6-6) beat SSFS (9-2) on the defensive boards and as a result, held the Wildebeests to just 12 points in the second half. Guard Mia Raskin led all scorers with 29 points and proved invaluable for the Cougars down the stretch as she completed 11 second-half free throws that extended Berman’s lead just out of reach for SSFS.

“I believed that we could pull away. Of course I had a little bit of nerves, but I was confident that this was our win,” said Raskin. “We all worked together, and we were able to pull out a win. When everyone’s heart is in, then we can pull away with the “W.”

Even though Raskin and guard Adielle Tuchman both landed several big shots, SSFS freshman guard Talia Trotter made her presence known on the other side of the ball as she turned in big plays for the Wildebeests. Trotter registered a team-high 24 points and single handedly put SSFS back in the game in the first quarter when she scored nine unanswered points.

Trotter was also instrumental in giving the Wildebeests their first lead of the night – a lead that soon extended to 10 points as the Cougars endured a scoring dry spell. SSFS senior forward Pippa Clouse slapped the ball away from Berman’s Renee Fuller, and it appeared as though the Wildebeests were firing on all cylinders as Trotter shouted instructions to her teammates.

However, Berman entered the second half with a renewed defensive focus, and suddenly, SSFS saw its 10-point lead whittle away to a tie as the game headed into its final period. The Wildebeests, frustrated with Berman’s comeback and defense, allowed their irritation to show on the court.

“I could have done better things and kept my stuff together, my attitude,” said Trotter. “We just need to get better and make each other better.”

SSFS opened the fourth quarter with an offensive lull, as the Wildebeests’ open shots missed their mark. Meanwhile, Raskin repeatedly found herself at the free-throw line and went nine-for-11 in the final period, just enough to put the game out of reach for SSFS.

Berman’s lead didn’t seem to affect Trotter, however. The freshman battled through the Cougars defense and took shot after shot in the hope of putting the Wildebeests back in the lead. Trotter’s final Hail Mary 3-point bucket at the buzzer found its mark, but time was up and the victory belonged to the Cougars.

With just a handful of games left in the regular season and Berman still sitting in the middle of the pack, Head Coach Damon Childs has just one goal in mind.

“We’re just trying to win games right now. We have some makeup games to do; so our key is to be patient, trust ourselves and continue to improve on our defense,” said Childs..