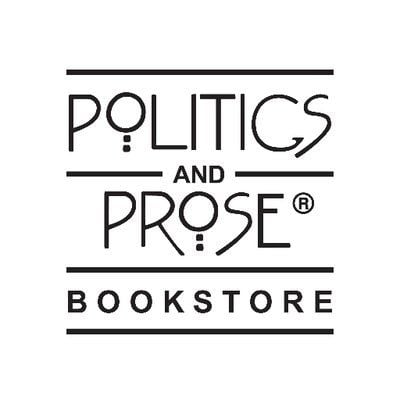 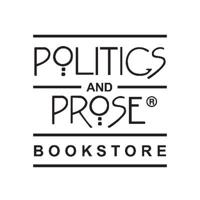 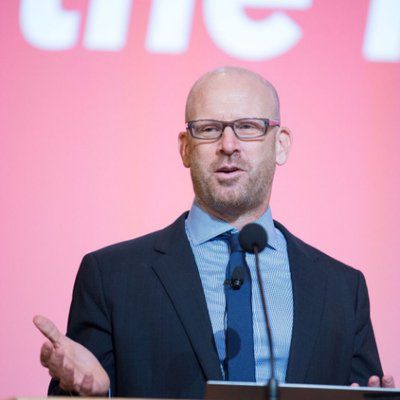 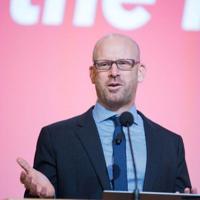 Author Jonathan M. Metzl’s book focuses on how right-wing policies are detrimental to the very people they claim to help. (Courtesy Photo) 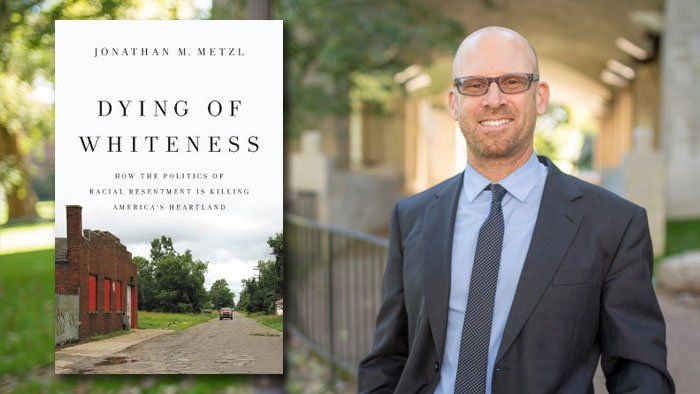 The ad ran by Politics and Prose bookstore promoting the reading event with author Jonathan M. Metzl of his book “Dying of Whiteness: How the Politics of Racial Resentment is Killing America’s Heartland.” (Courtesy Photo) 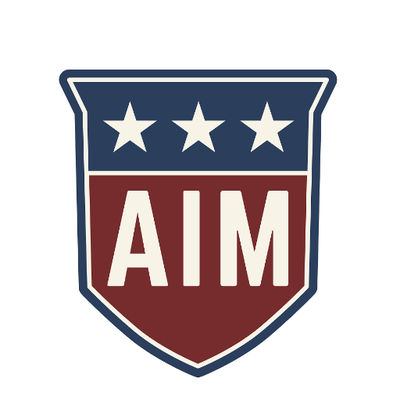 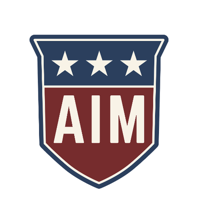 Author Jonathan M. Metzl’s book focuses on how right-wing policies are detrimental to the very people they claim to help. (Courtesy Photo)

The ad ran by Politics and Prose bookstore promoting the reading event with author Jonathan M. Metzl of his book “Dying of Whiteness: How the Politics of Racial Resentment is Killing America’s Heartland.” (Courtesy Photo)

WASHINGTON, D.C – A group of American nationalists interrupted a book reading at Politics and Prose bookstore.

On April 27, members of the American nationalist group American Identity Movement (AIM) interrupted author Jonathan M. Metzl during a reading of his latest book “Dying of Whiteness: How the Politics of Racial Resentment is Killing America’s Heartland.” Metzl is also a professor and director of the Center for Medicine, Health and Society at Vanderbilt University in Tennessee.

His book, from which he read selected passages, focuses on how right-wing policies are detrimental to the very people they claim to help. His studies try to understand the politics behind racial resentment and the impact that resentment has on public health.

“The title might sound more provocative as to a challenge to white identity but that’s not really what the book is about,” Metzl said.

He has found that policies, like repealing the Affordable Care Act and walking back gun control laws, can be attributed to increased racial resentment.

“These policies made life sicker, harder, and shorter in the very populations they purported to aid,” he writes in a synopsis of his book.

Metzl explained that the white nationalist group interrupted his discussion just as he was talking with an attendee about his family’s experience in Nazi Germany. He estimated that there were about 10 individuals in the demonstration, one carrying a bullhorn.

Metzl noted that the interruption was surprising and unexpected, but it didn’t make the environment feel unsafe. He observed that members of AIM wore body cameras and filed the interruption in what he surmised to be a publicity stunt.

“It was a hostile act, but a peaceful protest,” Metzl said.

He noted that the demonstration itself was a little ironic.

“The ironic part is that my book is about social and economic policies that have made it harder for working-class white individuals,” Metzl explained. The very policies that would benefit middle America are the ones that they’re fighting against.

Videos of the interruption circulating on social media show the group lining up, shoulder to shoulder, between Metzl and the small audience. They were chanting “this is our land” then proceeding in a single file line marching around the bookstore chanting “AIM, AIM, AIM.” Some people in the audience can be heard booing the demonstration.

Bradley Graham, the co-owner of Politics and Prose alongside his wife Lissa Muscatine, was in the store when members of AIM marched in.

“My impression was that this was all staged to be able to publicize it. The intrusion only lasted a couple of minutes and then they exited the way they came in,” Graham said.

AIM is a new non-profit organization according to their website. It was founded on March 8, 2019, by founder Patrick Casey who describes himself as an American nationalist on Twitter.

According to the group, they follow five core principles: nationalism, identitarianism, protectionism, non-interventionism and populism.

“By creating visual displays of public defiance against our hostile ruling class, we force our ideas into the political realm,” they write.

The group also notes on its website that they believe in peaceful and lawful political change. According to AIM, they reject violence, extremism and supremacism.

“This was the best thing, in retrospect, to ever happen to Jonathan Metzl’s career, he doubled his Twitter follower county in less than a week,” said Patrick Casey, founder of AIM. “Jonathan Metzl should be thanking us for all of this.”

Casey explained that he got his start in politics in the midst of 2016 and joined the Alt-Right.

“I left the Alt-Right, I stopped using that label after it became something I could no longer support,” Casey said.

He explained that the demonstration at Politics and Prose was done in part to gain household name recognition.

“Any public facing thing that we do is partly done to spread awareness of who we are, and what we’re about to drive recruitment,” Casey said. “We have seen a massive surge in applications since we did our Politics and Prose action, so it certainly was a success from that perspective as well.”

In an interview, Casey mentioned multiple times his concern over mass immigration and the impact a growing immigrant class has on the white working class. None of those topics are what Metzl’s book is about.

“I have not read his book,” Casey admitted.

Metzl noted an element of irony in AIM’s demonstration of his book.

“The ironic part is that my book is about social and economic policies that have made it harder for white, working-class individuals,” Metzl said.

The members of AIM are perhaps the very people Metzl’s book is about. Graham noted that Politics and Prose experienced a similar interruption by a group of leftists about a month ago demonstrating against former Homeland Secretary Janet Napolitano.

“I’d be hard pressed to recall any other disruptions in the eight years that my wife and I have owned the store,” Graham said.

Politics and Prose released a statement saying that bookstores play an important role in civil discourse and in a larger way, in democracy as well.

“We are deeply grateful that so many people in our community appreciate the important role that bookstores like ours play in creating safe spaces for the exchange of ideas and constructive dialogue about the most challenging issues of the day,” the statement said. “Today, in troubling times, we believe that bookstores are more essential than ever.”

Metzl, too said that he plans to continue his writing and speaking. He explained that any good professor welcomes having challenging discussions with people of different opinions.

“I certainly plan to continue my work,” Metzl said. “We’ve gotten very bad about talking with each other about polarizing subjects, but it is important to keep having those conversations.”