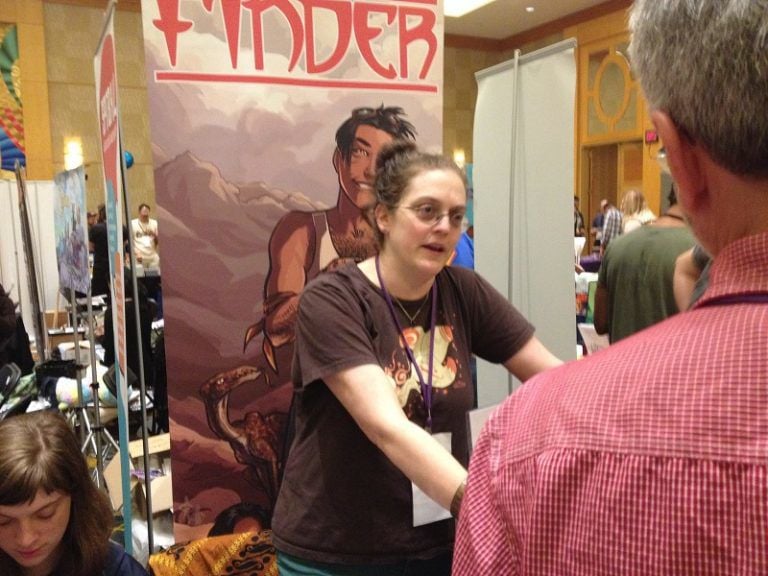 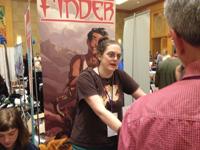 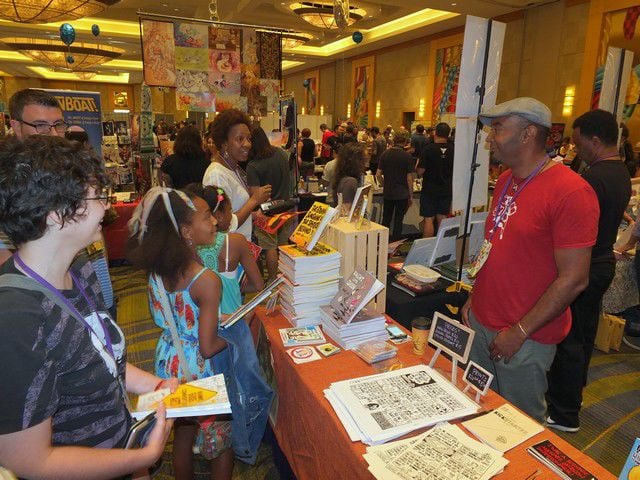 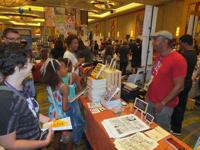 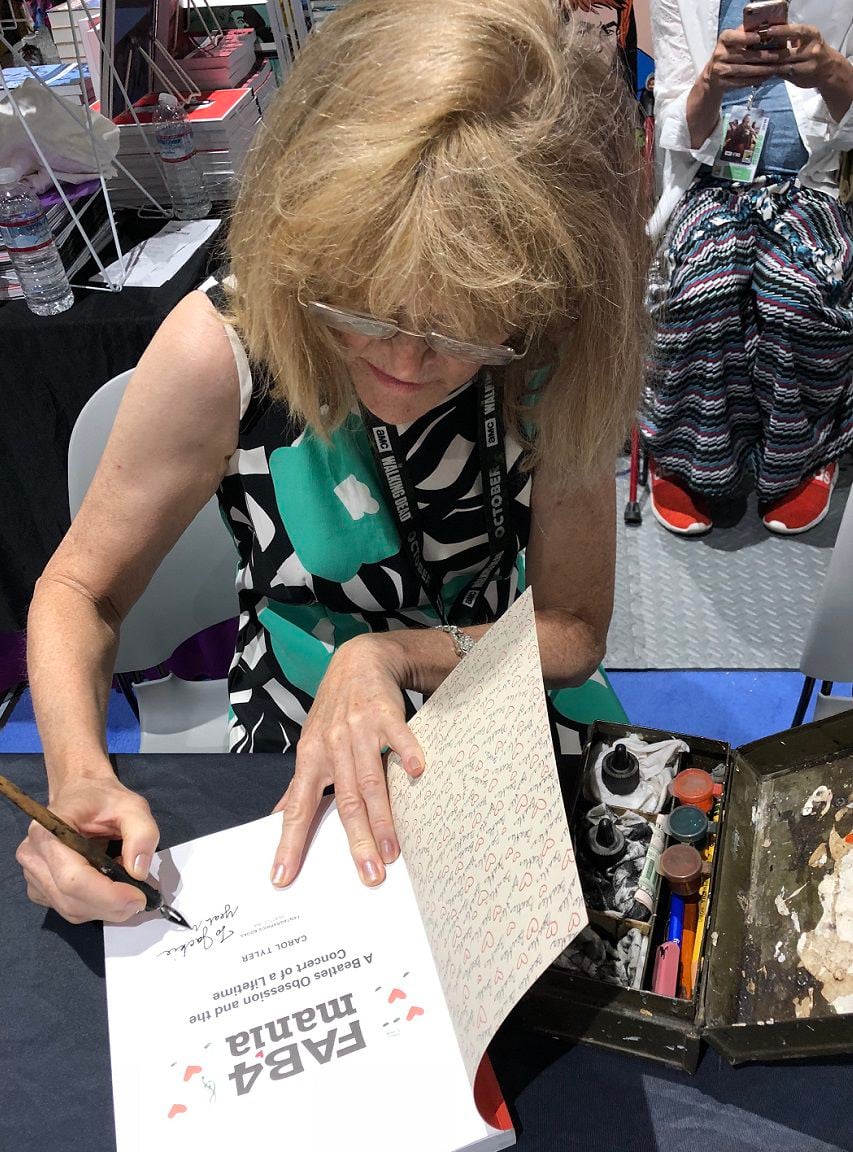 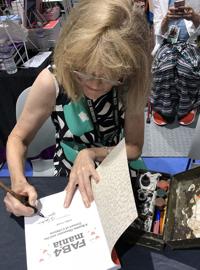 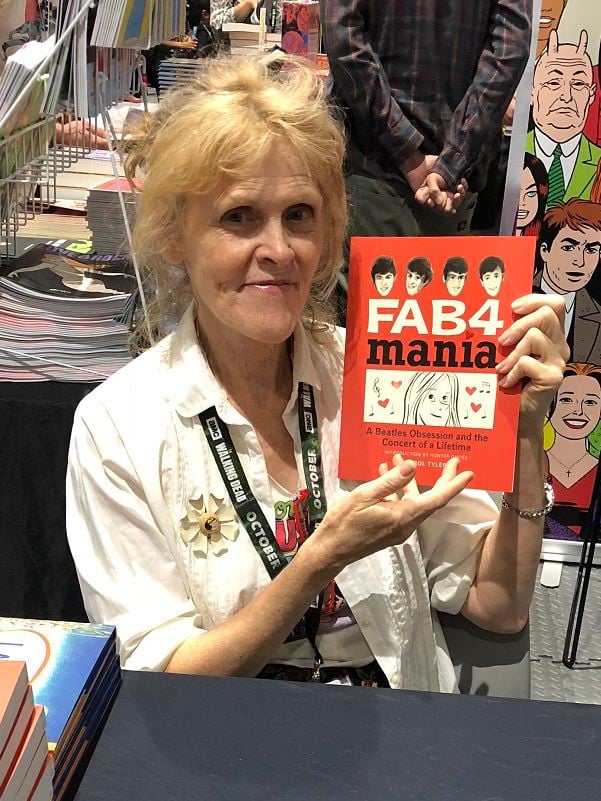 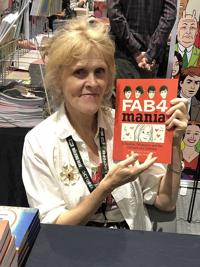 Eden Miller so liked comics and cartooning that when an organization devoted to its practitioners began to hold its annual convention in nearby Bethesda, she joined the staff – first as a volunteer and eventually as an employee.

She is now the public relations director of the Small Press Expo, a 501(c)(3) nonprofit organization that dates to 1994,

As such, Eden helps coordinate the Small Press Expo’s annual event, also called the Expo, which the organization bills on its website as “America’s Premiere Event for indie Comics, Cartooning and Graphic Novels.”

The Expo takes place every year (this year on Sept. 15 and 16) at the Marriott Bethesda North Hotel & Conference Center.

“We’ve very much an established group,” said Miller. “There’s one other small indie-comic show in San Francisco,” referring to the Alternative Press Expo, which recently moved several years ago back to its original base of San Jose, California.

To exhibit at the Expo, you must be an actual cartoonist, not someone who may put graphics on T-shirt, she explained. “But anyone can attend.”

The “small” in Small Press Expo would be a misnomer when it comes to attendance. Miller estimates that some 3000 people visit the annual two-day convention, which this year is featuring the work of more than 400 exhibitors.

According to Miller, there has definitely been a shift in cartooning from a decade ago. “Most cartooning then was autobiographical, about everyday life. Today’s younger cartoonists are into science fiction and fantasy, with much-more-ambitious stories.”

Carol Tyler, however, who at 66 is one of the long-time luminaries in the cartooning world, continues to create autobiographical stories.

“My family and my own life are the subjects,” said the Chicago-born cartoonist. “I talk about everything – mental illness, infidelity, neglect, death … I’m known for my deep emotion and honesty. It can be tricky, using real people as subject matter, and since I don’t hold back, you can imagine the challenges. But I make sure whatever I have to say, it’s done out of love and with great humanity.”

Tyler is married to a fellow cartoonist she met in San Francisco – Justin Green – but ironically, has found inspiration from painters. Among them are Matisse, Hopper; Depression-era American realists; the pre-Raphaelites and Corot.

“Lately,” she said, I’ve been in love with Piero della Francesca and the Gothic frescoes of Italy.”

Tyler emerged from the alternative-comics movement in the ‘80s – as “alternatives” to the mainstream superhero genre. Her long-form works include “Late Bloomer” (2005) and “Soldier’s Heart” (2012).

Her books have been nominated for various prizes, including multiple Ignatz Awards, an Eisner Award, and the Los Angeles Times Book Prize. Tyler received the 2016 Cartoonist Studio Prize from the Slate Book Review and the Master Cartoonist Award from Cartoonist Crossroads Columbus.

Her most-recent book, “Fab4 Mania” (Fantagraphics), chronicles her adolescent obsession with The Beatles in a facsimile of her 1965 journal.

In addition to exhibitors, the Expo invites special guests who give workshops or offer one-on-one sessions. This year they include renowned cartoonists like Roz Chast and Jules Feiffer, as well as Tyler.

Tyler is therefore giving two presentations – one a workshop on “Family, Memory and Trauma, on Sat., Sept. 15, time TBA, and the other a Beatles Sing-a-Long at 4:30 p.m. that day.

“I love to perform,” Tyler said. “I used to do stand-up. And I love the Beatles. So, since I just wrote a book about my intense love of them, it seems right and proper to sing my lungs out.”

One palpable impression at the Expo is its camaraderie.

“Since there’s not a lot of money in cartooning, relationships are our strength,” said Miller.