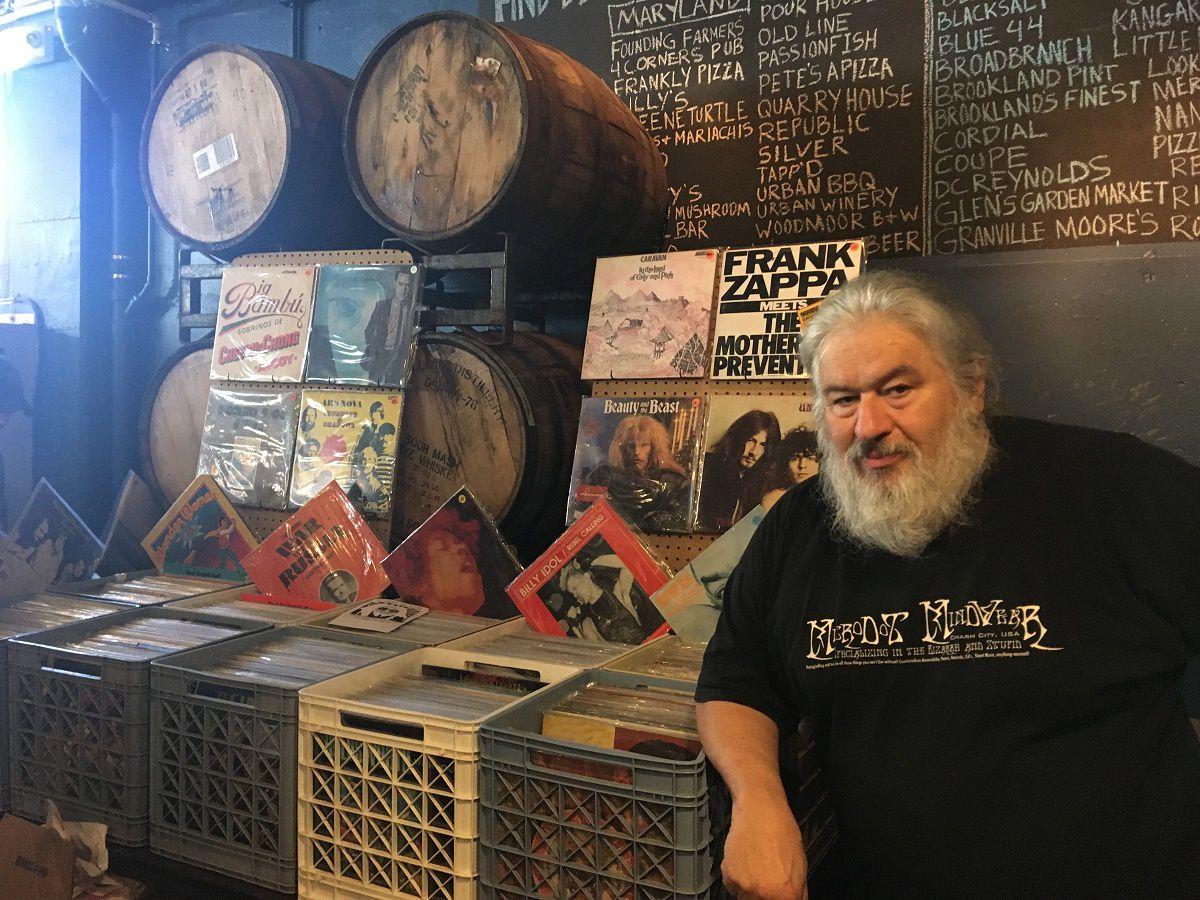 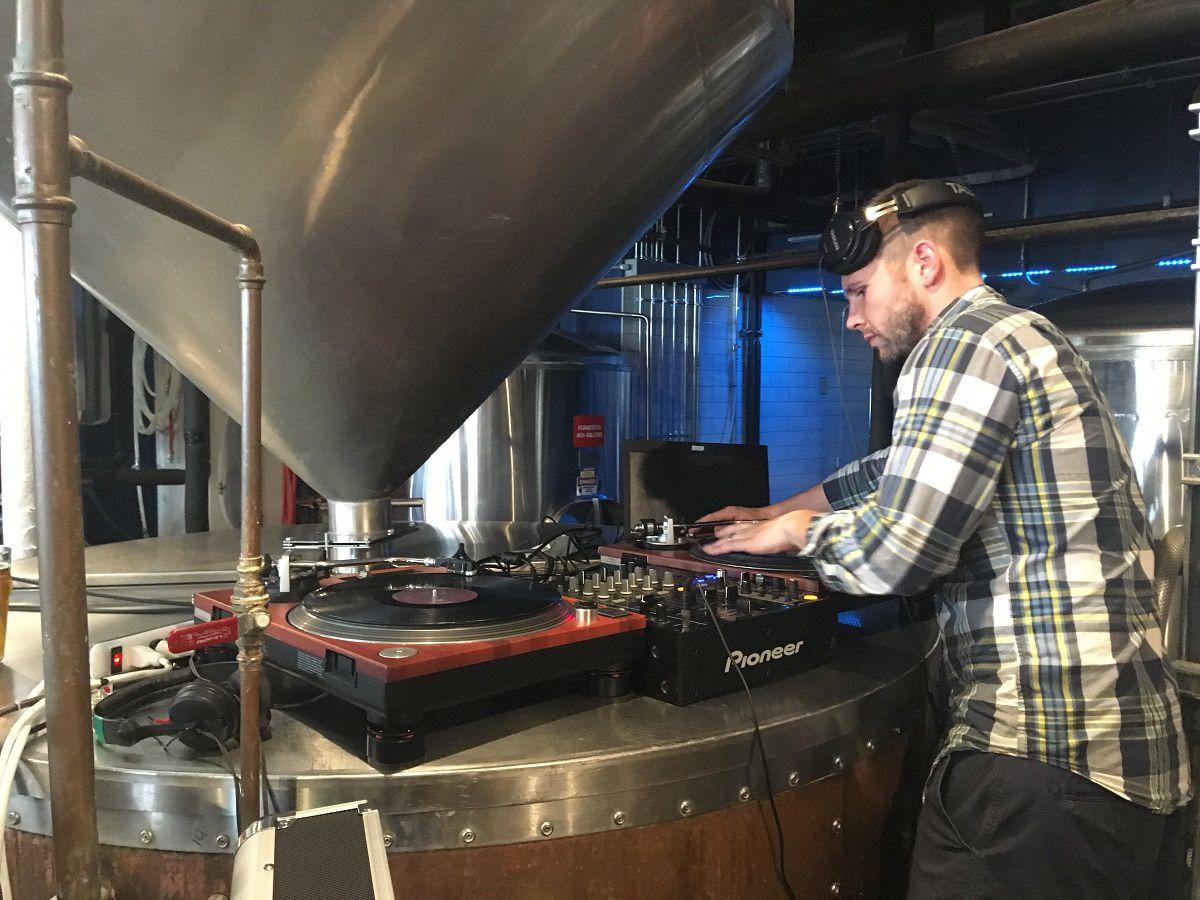 The rest of the day featured disco and boogie tracks, mostly by relatively unknown artists such as Nite Class. DJ Trev Ski was the last DJ of the night, performing an all-vinyl set.

“It’s talking to people through music, coercing them to dance,” said DJ Trev Ski who is a resident DJ at the 18th Street Lounge.

Megan said he wishes to expand the event, and make it biannual, in the vein of similar fairs in DC and Baltimore. DJ and Record Fair organizer Kenny Megan performs at Denizens. PHOTO BY MATT HOOKE

The vendors ranged from representatives from storefronts like Joe’s Record Paradise in Silver Spring to vendors like Microdot Mindwear, whose owner, Dave Hoffer, forgoes a physical storefront to sell to customers at fairs around the East Coast.

“I’ve been selling records for 37 years, I do it for a love of music and to support my own habit of collecting,” said Hoffer.

“Decide what genre you like and expand on that,” said Hoffer when asked on what advice he would give an aspiring collector, “There’s so much good stuff out there, don’t be afraid to listen new things.”