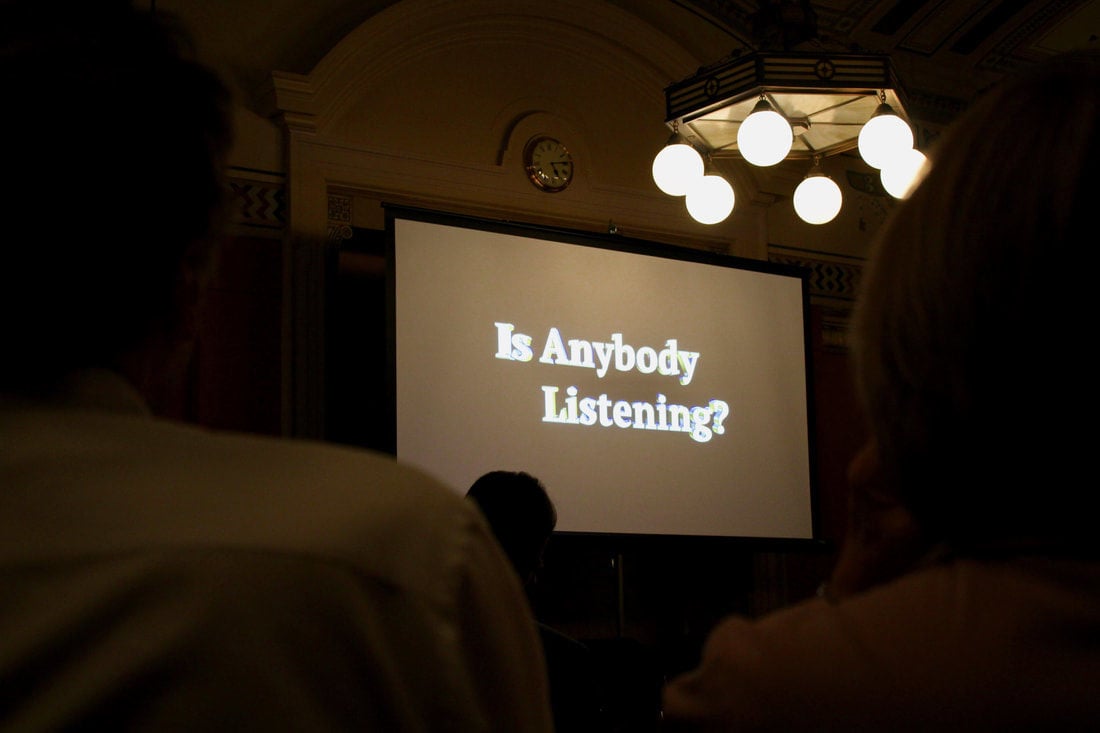 Audience members prepare to view Paula Caplan’s documentary on military veterans “Is Anybody Listening?” at an earlier screening at another location. COURTESY PHOTO 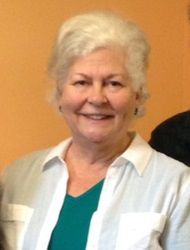 Audience members prepare to view Paula Caplan’s documentary on military veterans “Is Anybody Listening?” at an earlier screening at another location. COURTESY PHOTO

Just listen. That’s all Paula Caplan, author and movie producer, wants people to do so veterans can feel free to speak out and listeners will open their hearts.

Caplan’s film “Is Anybody Listening?” will be shown at the Rockville Memorial Library on Sunday, Nov. 4 at 2 p.m. in honor of Veterans Day. Caplan, of Rockville, will speak about her documentary and facilitate listening sessions following the showing.

The documentary centers on the importance of listening to people in respectful silence to let them express their suppressed emotions without feeling judged.

Caplan’s father spoke about his experiences during World War II, where he served at the Battle of the Bulge.

“He was a wonderful storyteller,” Caplan said.

But following an encounter with a Vietnam veteran, Caplan realized her father had never mentioned how scared he had been or what horrendous sights he had seen.

“Veterans don’t want to talk to us usually. They are afraid we won’t understand” or fear we will think poorly of them, Caplan said.

So the author of 11 books thought about ways to make it easier for veterans to talk, while also enabling those who haven’t served to understand some of what they went through.

Caplan believes, “We have a civic responsibility to the people who serve to know what it’s like.”

Her simple solution was a listening session. Those doing the listening do not interrupt with questions, don’t lead the veteran on during a pregnant pause and definitely don’t judge, she said.

“They can ramble. There are silences. You just wait,” Caplan said, noting that some veterans tell of a particular incident while some speak of various times, jumping from one memory to another.

A listener need only “listen with 100 percent of your attention and your whole heart,” Caplan said.

Since starting up some 14 years ago, at least “a couple hundred” people have participated, she said.

The immediate and continuing responses have been very positive.

A few veterans wrote of how they finally had their first good night’s sleep in years. Others talked of how appreciative they were for the human contact and caring, she said.

And those who merely sat and listened have called the experience transforming, she said.

Friends of the Library, Rockville Memorial Chapter, is sponsoring the evening, which is free and open to all.

Following the film, which features the stories of two female and six male service members, a post-screening talk-back is planned. Both veterans and civilians can sign up to participate in Listen to a Veteran Project during the program.

Vice President Diane Fuchs and President Kathy Wessman said members of the Friends of the Library chose this program, because they are increasingly aware of divides among people and the ever-more critical need to listen to each other.

They also noted in their press release that the program is important as the library was dedicated on Veterans Day in honor of County residents killed in Iraq and Afghanistan.

Caplan grew up in Missouri and was a University of Toronto professor. She also is the author of “When Johnny and Jane Come Marching Home: How All of Us Can Help Veterans” and “They Say You’re Crazy: How the World’s Most Powerful Psychiatrists Decide Who’s Normal.”