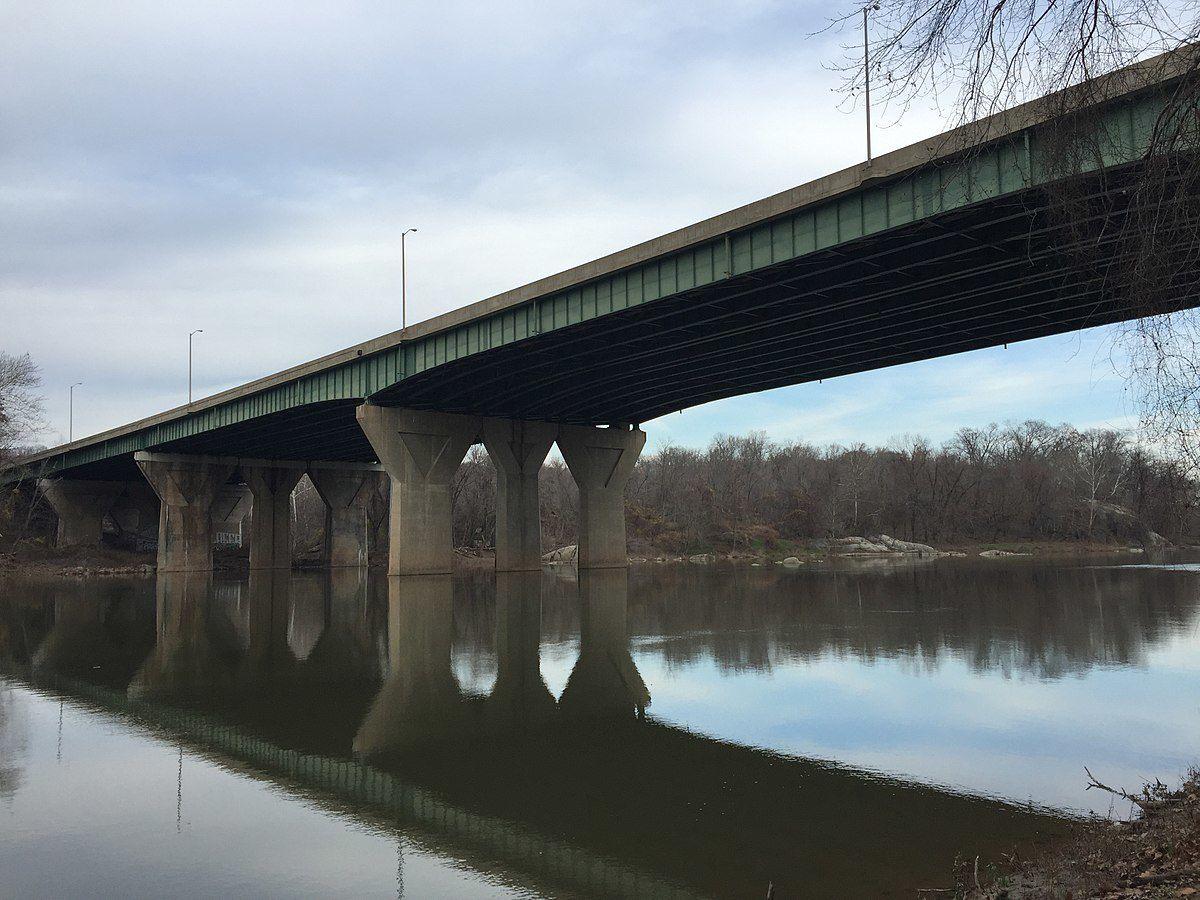 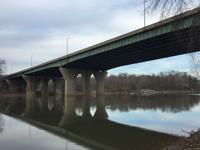 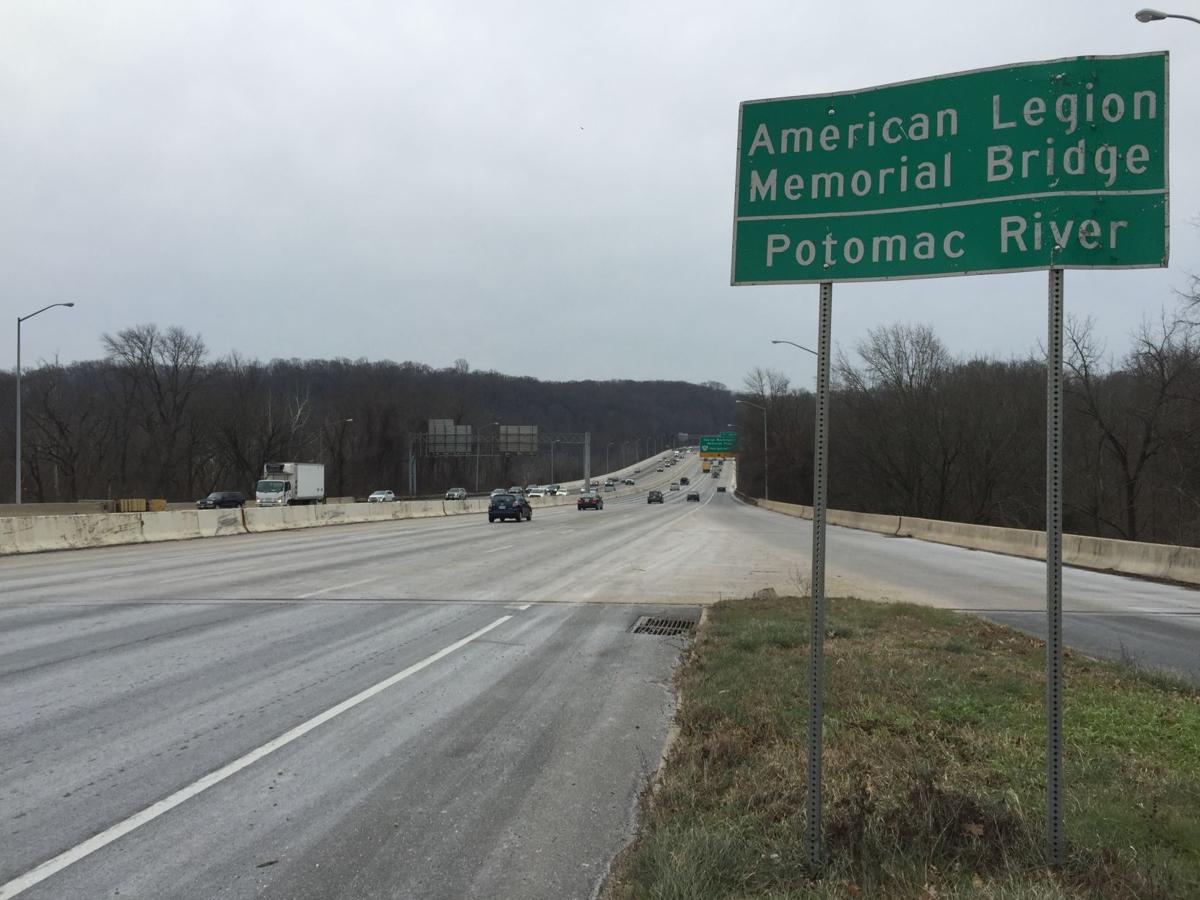 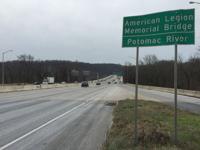 State legislators from Maryland and Virginia announced that they would work together to create a unified Capital Beltway and replace the American Legion Bridge, which has created a significant bottleneck for commuters. (Courtesy Photo)

State legislators from Maryland and Virginia announced that they would work together to create a unified Capital Beltway and replace the American Legion Bridge, which has created a significant bottleneck for commuters. (Courtesy Photo)

ROCKVILLE — State legislators from Maryland and Virginia announced that they would work together to create a unified Capital Beltway and replace the American Legion Bridge, which has created a significant bottleneck for commuters.

The bridge connects Fairfax County, Virginia, with Montgomery County over the Potomac River. Its narrow width creates a significant bottleneck for commuters.

In recent months, the state of congestion during commuting times has been a hot topic of discussion for local elected officials and members of the community as well especially as the Federal Highway Administration and the Maryland Department of Transportation State Highway Administration (MDOT SHA) are researching the viability of solutions to ease the traffic congestion like widening the two interstates and adding toll lanes.

According to MDOT, current traffic congestion leads to heavy traffic flow for seven to 10 hours each day on the beltway. As the population in the area continues to grow in the coming years, officials expect the traffic congestion to worsen along with it.

There has been considerable pushback from Maryland residents and grassroots organizations against the idea of widening the beltway to accommodate more cars.

The widening would require homes and businesses to be removed.

One argument heard at almost every town hall meeting is that officials should prioritize areas along the beltway that are particularly difficult or slow, like the American Legion Bridge, before going through and widening other areas of the highway.

“I hate this bridge. Hate,” he wrote. “I don’t have anything against Virginia. Some of my favorite relatives live on the other side of the river. But anytime I come back from visiting them, I end up suffering backups to cross this bridge.”

According to Gov. Northam’s office, the new project to replace the bridge “complements ongoing plans by both governors in their jurisdictions, advancing a regionwide vision for a seamless network of reliable travel options around the Capital Beltway.”

The American Legion Bridge was built in 1962 and has been operating beyond its prescribed capacity for four decades, according to Northam’s office. More than 40% of the region’s population travels along the segment of the beltway that encompasses the American Legion Bridge. That figure is expected to grow by another 1.2 million people by 2040.

“A new bridge means commuters will get to work and back home faster,” said Northam. “Our teams have identified a way to fix one of the worst traffic hot spots in the country. This demonstrates what can get done when leaders come together to find shared solutions to tough regional problems. This is about helping people see their families more, grow their businesses, and further unlock the region’s vast economic potential.”

The new bridge is expected to cut commuting time in half for travelers as well as reduce congestion in regular lanes by 25% and provide 40% more lane capacity when compared with the old bridge, according to Northam’s office. The bridge will also include bicycle and pedestrian paths across the Potomac River.

“The ‘Capital Beltway Accord’ is a once-in-a-generation achievement for the capital region,” said Hogan. “A bipartisan, commonsense, interstate agreement such as this has eluded elected leaders throughout the region for many decades. Together with our partners in Virginia, we are building a foundation for even greater economic growth, greater opportunity for our citizens, and advancing real, lasting, transformative improvements for the entire Washington metropolitan region.”

The project is going to replace the existing lanes on the American Legion Bridge and add two additional Express Lanes in each direction for about three miles between the George Washington Memorial Parkway in Virginia to River Road in Maryland.

According to Northam’s office, the project is being designed, so it fits, for the most part, within the footprint of the existing bridge and right-of-way to minimize the impact on the environment and travelers. As an added benefit, no homes or businesses are expected to require relocation.

“Our transportation network cannot function without fixing the American Legion Bridge, I-495 and I-270,” said Maryland Secretary of Transportation Pete Rahn. “Without these improvements, our horrendous congestion will only get worse. I commend Governors Hogan and Northam for reaching this historic agreement that will have lasting benefits for our region for decades to come.”

Rahn estimates that the project will get underway by 2022.

According to Northam’s office, Maryland and Virginia have both agreed to bi-state funding to accelerate improvements on the bridge.

Montgomery County Executive Marc Elrich explained that he was pleased to see that improvements would be made to the American Legion Bridge but “(the governor) also seems to be including the Beltway widening all the way over to 95 and that’s not what we wanted, so it’s part good, part not so good,” he said.