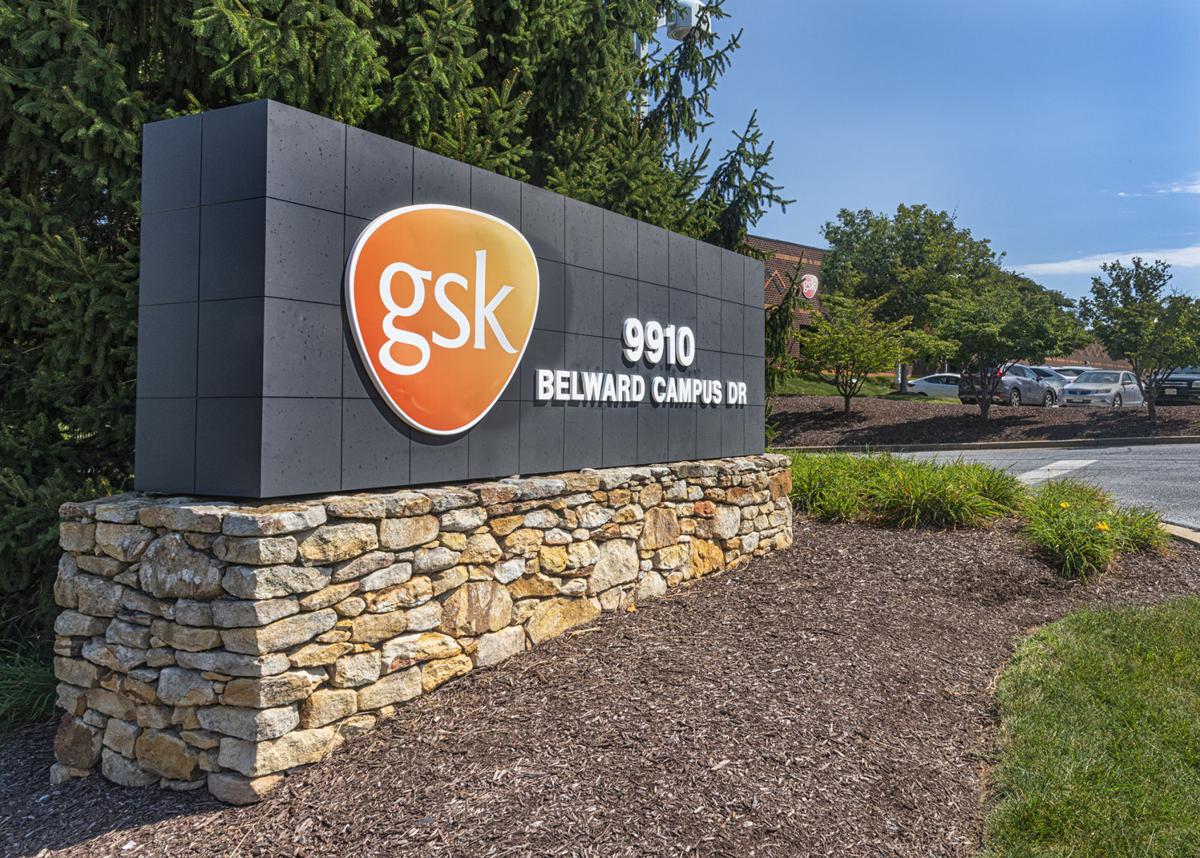 GlaxoSmithKline (GSK) celebrated the opening of its new expanded manufacturing facility in Rockville, which will add 100 new high-paying jobs, with a ribbon-cutting ceremony on Oct. 3. Photo by Elle Meyers/The Montgomery Sentinel. 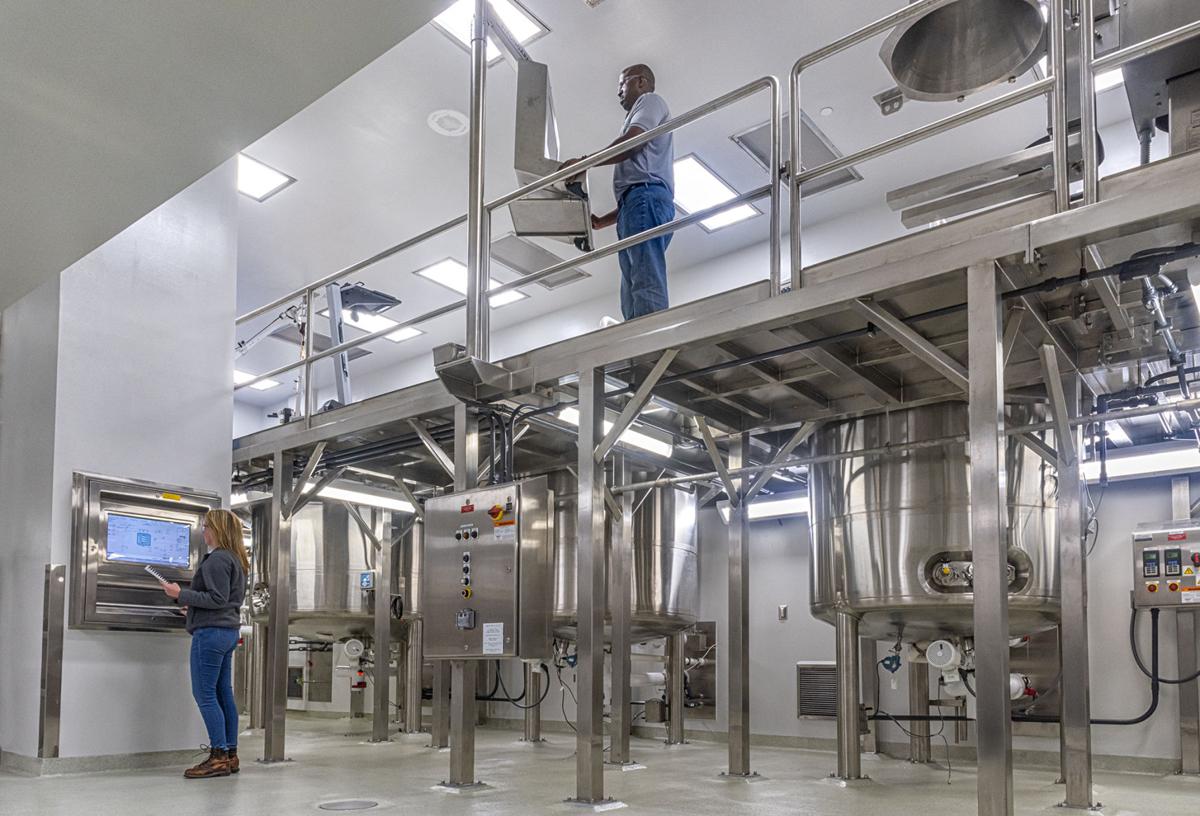 The expansion of GSK’s manufacturing facility in Rockville is expected to increase manufacturing capacity by 50%, officials say. Photo by Elle Meyers/The Montgomery Sentinel.

GlaxoSmithKline (GSK) celebrated the opening of its new expanded manufacturing facility in Rockville, which will add 100 new high-paying jobs, with a ribbon-cutting ceremony on Oct. 3. Photo by Elle Meyers/The Montgomery Sentinel.

The expansion of GSK’s manufacturing facility in Rockville is expected to increase manufacturing capacity by 50%, officials say. Photo by Elle Meyers/The Montgomery Sentinel.

ROCKVILLE — GlaxoSmithKline (GSK) celebrated the opening of its new expanded manufacturing facility in Rockville, which will add 100 new high-paying jobs, with a ribbon-cutting ceremony on Oct. 3.

GSK is a multinational pharmaceutical company based in the United Kingdom. According to GSK, over the years the company has become a leader in products designed to treat respiratory disease and HIV, along with those designed to treat lupus, urologic conditions and anti-infectives.

“We are exploring different approaches to promote, and speed up innovation in our labs,” GSK wrote on their website. “Having broken down the traditional, R&D model, our scientists now work in smaller units focused on specific areas of research. This encourages greater entrepreneurialism and accountability. These groups are tasked with seeking out the biological targets involved in disease and creating molecules or biopharmaceuticals that will ultimately become new medicines.”

Their location in Rockville, which focuses on research and development, opened in 2016 and chosen specifically because of its proximity to other research partners, such as the National Institutes of Health (NIH).

In 2017, GSK announced that its research and development site in Rockville would undergo a $139 million investment to support the growing demand for Benlysta (belimumab), which was developed for the treatment of lupus.

According to the Centers for Disease Control and Prevention (CDC), lupus is a chronic, autoimmune disease that can cause damage to any part of the body. Symptoms vary from patient to patient but often people with lupus have symptoms like muscle and joint pain, rashes, hair loss and prolonged or extreme fatigue, among other indicators.

“One woman with Lupus may have swollen knees and fever. Another woman may be tired all the time or have kidney trouble. Someone else may have rashes. Over time, new symptoms can develop, or some symptoms may happen less often,” the CDC wrote.

Lupus is also more common in women between the ages of 15 to 44 than in men, but the CDC also wrote, “Anyone can get lupus. It is difficult to know how many people in the United States have lupus because the symptoms are different for every person. It is estimated that 1.5 million Americans have lupus.”

According to Ashley Mahoney, who works with GSK’s U.S. corporate communications team, said that the expanded facility increases the company’s manufacturing capacity by 50% and create 100 new high-paying jobs for the area.

Jack Bailey, president of GSK U.S. Pharmaceuticals said during the ribbon-cutting ceremony that the expansion project is a testament to the company’s commitment to serving the community living with lupus.

“This Lupus community is made up of 300,000 patients with the most common and severe form of lupus. There is no known cause, and diagnosis can take up to six years, which can make the disease very, very challenging to manage,” he said. “The decision to expand this site was really driven by one thing: the patients. Even though Benlysta was approved in 2011 it has remained the first and only biologic for the treatment of lupus.”

He went on to explain that GSK’s innovation has given patients more treatment options, such as creating an injectable version, which allows people living with lupus more time in between visits to the doctor.

“This Rockville site will allow us to accelerate these medicines from a manufacturing standpoint to treat these patients with very, very complex diseases. This is one of three sites that we are expanding…all of this really speaks to our commitment here to produce the highest quality, most-innovative products going forward,” Bailey said.

Shanelle Gabriel shared her experience living with lupus during the ribbon-cutting ceremony. She said that when her symptoms first started, she was able to ignore them because they were not very noticeable. However, when she visited the doctor after developing two bald patches in her hair, the diagnosis was clear.

Once Gabriel got involved with a community of people who also have lupus, she found a fearlessness that consumed her after her diagnosis.

“At the end of the manufacturing process, there is a ‘lupie’; that’s what we call ourselves. There is a lupie like me waiting and hoping for the safest and highest-quality medicine and one day, a cure,” she said.