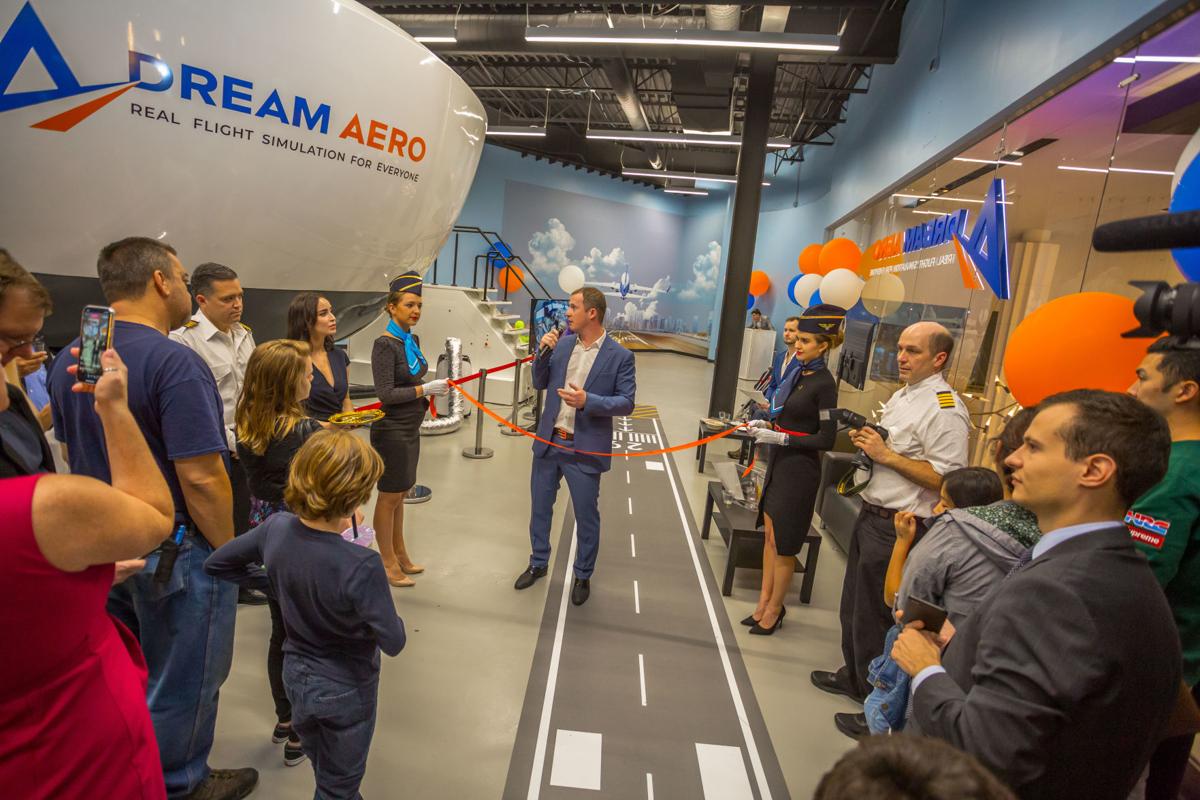 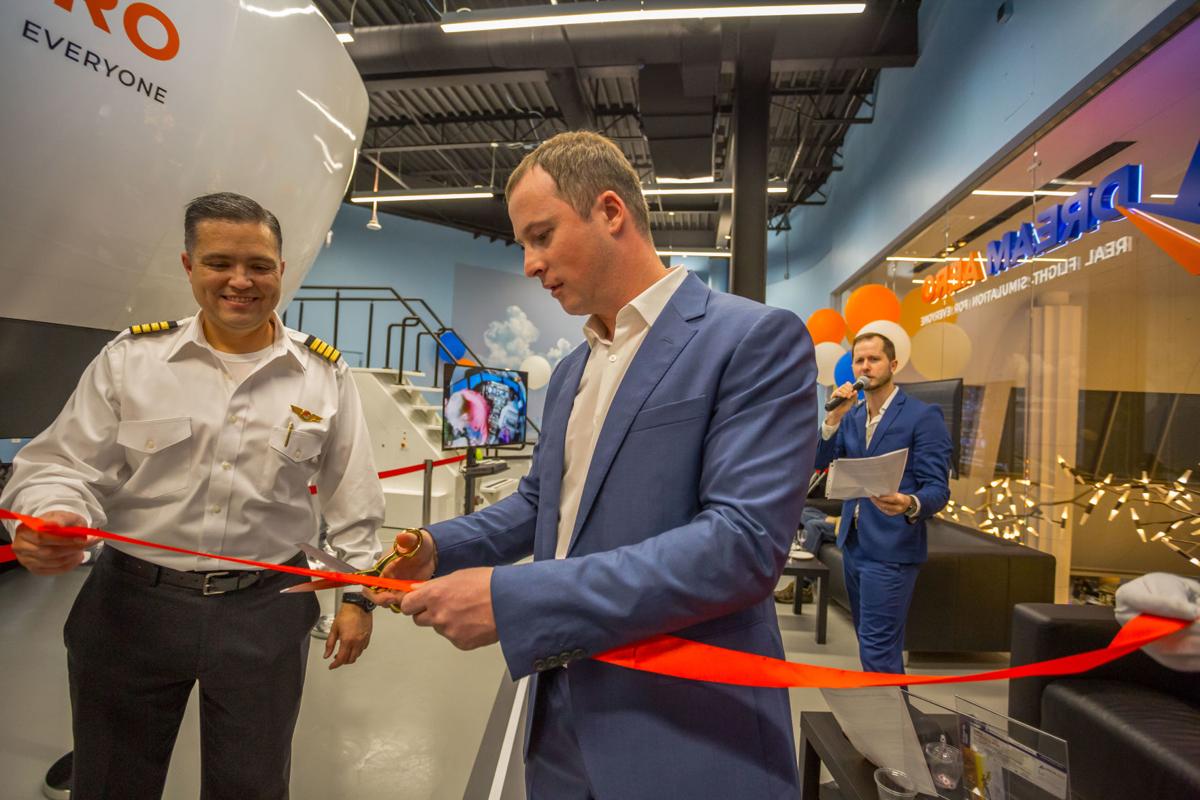 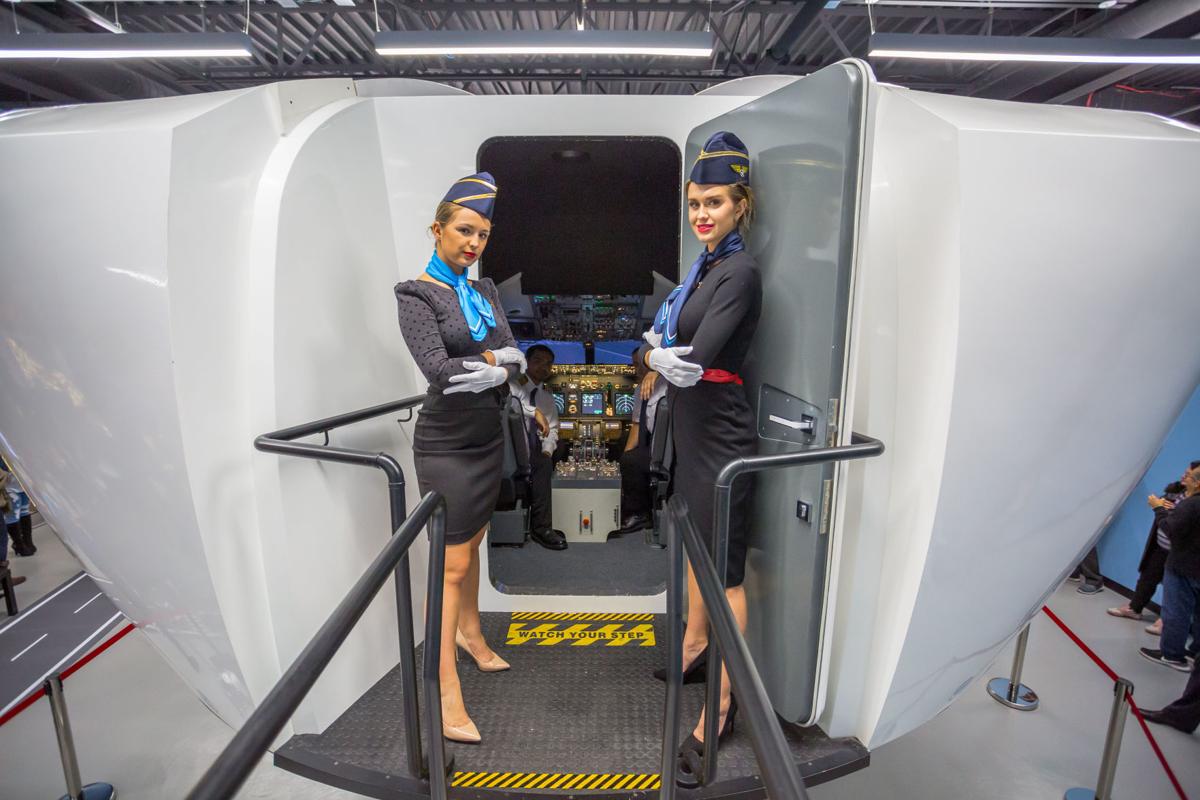 Dream Aero officials cut the ribbon at the launch of their new flight simulator, now located on the third floor of the Westfield Montgomery Mall near ArcLight Cinemas. (Courtesy Photo) 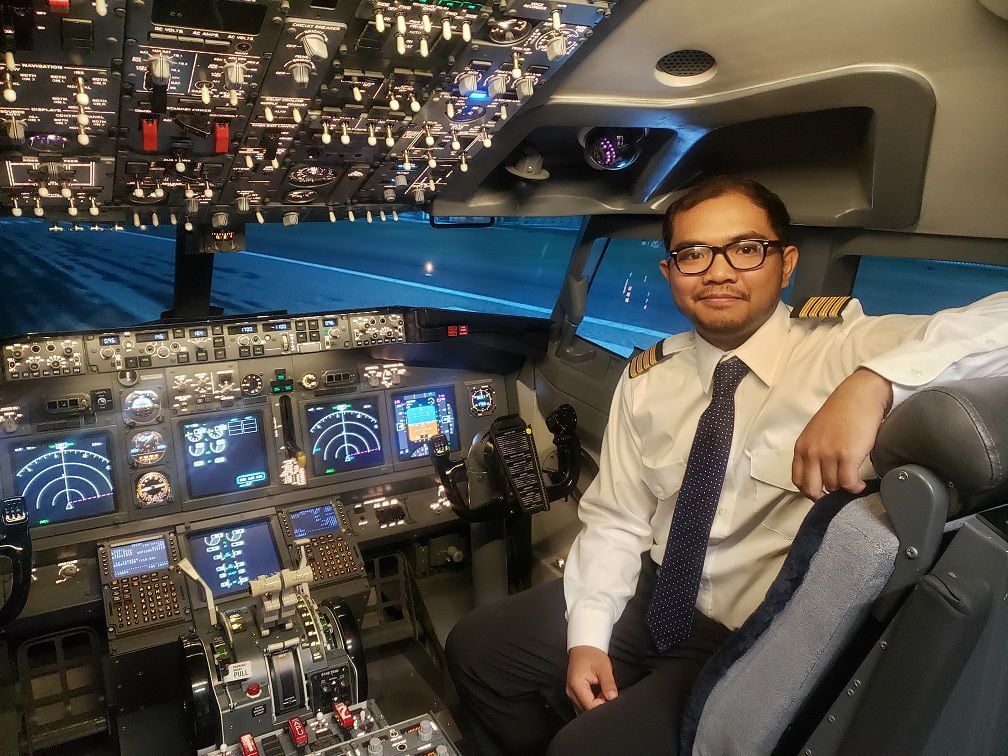 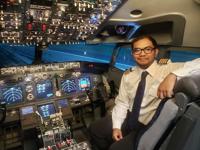 Germantown native and and pilot Mark Batarina gets aquatinted with the cockpit. Many residents entered the cockpit of a Dream Aero flight simulator, now located on the third floor of the Westfield Montgomery Mall near ArcLight Cinemas. Photo by Suzanne Pollak/The Montgomery Sentinel.

Dream Aero officials cut the ribbon at the launch of their new flight simulator, now located on the third floor of the Westfield Montgomery Mall near ArcLight Cinemas. (Courtesy Photo)

Germantown native and and pilot Mark Batarina gets aquatinted with the cockpit. Many residents entered the cockpit of a Dream Aero flight simulator, now located on the third floor of the Westfield Montgomery Mall near ArcLight Cinemas. Photo by Suzanne Pollak/The Montgomery Sentinel.

BETHESDA – Roger Wallace of Bethesda knows about a lot about the art of flight. He is a pilot of small aircraft.

“The controls are much heavier and slow to respond, but it was really good,” Wallace said of his turn at the controls of the flight simulator.

“Did I land the plane? Yes,” he said, adding, but not all that well. “I didn’t land in the water, so it was good,” he declared.

Wallace joined several others who wanted to try their hand at flying in the friendly skies. He walked along a floor mat that looked just like a runway, then climbed the stairs and entered the cockpit of a Dream Aero flight simulator, now located on the third floor of the Westfield Montgomery Mall near ArcLight Cinemas.

Most of the people who pay usually are buying gift certificates as presents for birthdays and other events, said Dimitry Kornyshkov-Murin, president of Dream Aero.

While most people want to experience flying a plane, some customers took to the cockpit in hopes of overcoming their fear of flying, he said.

To many accounts, the experience feels authentic. After telling the copilot, otherwise known as a Dream Aero employee, where you want to fly, the view in front of you is what you would see if the experience was real.

No special glasses are needed to view the sky as you fly for a minimum of a half-hour.

When she heard about the flight simulator, she came to try her hand at flying, which she said her boyfriend really enjoys.

Right after landing, Au declared, “It really feels surreal,” adding, “I really love how you go up.”

The plane vibrates and experiences turbulence, just like a real plane. The simulator sits on a motorized platform.

“You feel g-forces,” she said of the gravitational pull.

“I asked if I crashed, would it go up in flames,” she said. “They said, ‘No. It’s a flight simulator, not a crash simulator.’”

Dream Aero started in St. Petersburg, Russia. The Bethesda location is the 10th site opened throughout the world in the past five years. It can be found in Europe and Asia, Kornyshkov-Murin said.

However, the Bethesda location is the first in the United States, he said.

They chose to start here, because, “This is the capital of the United States,” he said, referring to the Washington, D.C. region.

After opting for this area, Dream Aero searched to find a location that could accommodate its massive simulator, which required a ceiling that was at least 18-feet tall, he said.

During its grand opening the night before Halloween, prices were 20% lower, and a DJ played music,and prizes were given out. Mingling throughout the crowd were pilots and flight attendants, all in uniforms.

“This is really a high-tech masterpiece. You feel like you are in an absolutely real airplane,” Kornyshkov-Murin said.

“With the help of a professional pilot, you are a test pilot,” he said.

Mark Batarina of Germantown is one of the pilots. He claimed to be flying simulators at home on his computer since he was 16 years old.

He currently is a student pilot, learning about a Cessna 172 at the Leesburg Airport.

He offers a short, several minute instructions before the paying pilot begins taxiing down the runway. Customers not only pick where they want to fly out of 24,000 airports, but they also can choose the time of day and what the weather is like, Batarina said.

“They are in control all the time. We are basically here to give instructions and make sure they don’t touch the (wrong) buttons,” he said.

The experience is “as close to being an actual pilot as possible without being in the air,” Kornyshkov-Murin said.

The simulator is so real that, according to a company press release, it “almost meets International Civil Aviation Organization requirements for flight training.”