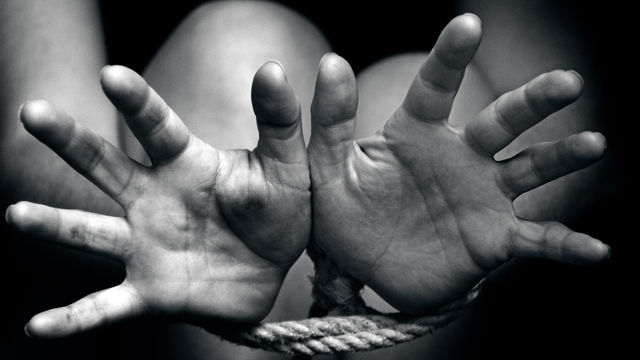 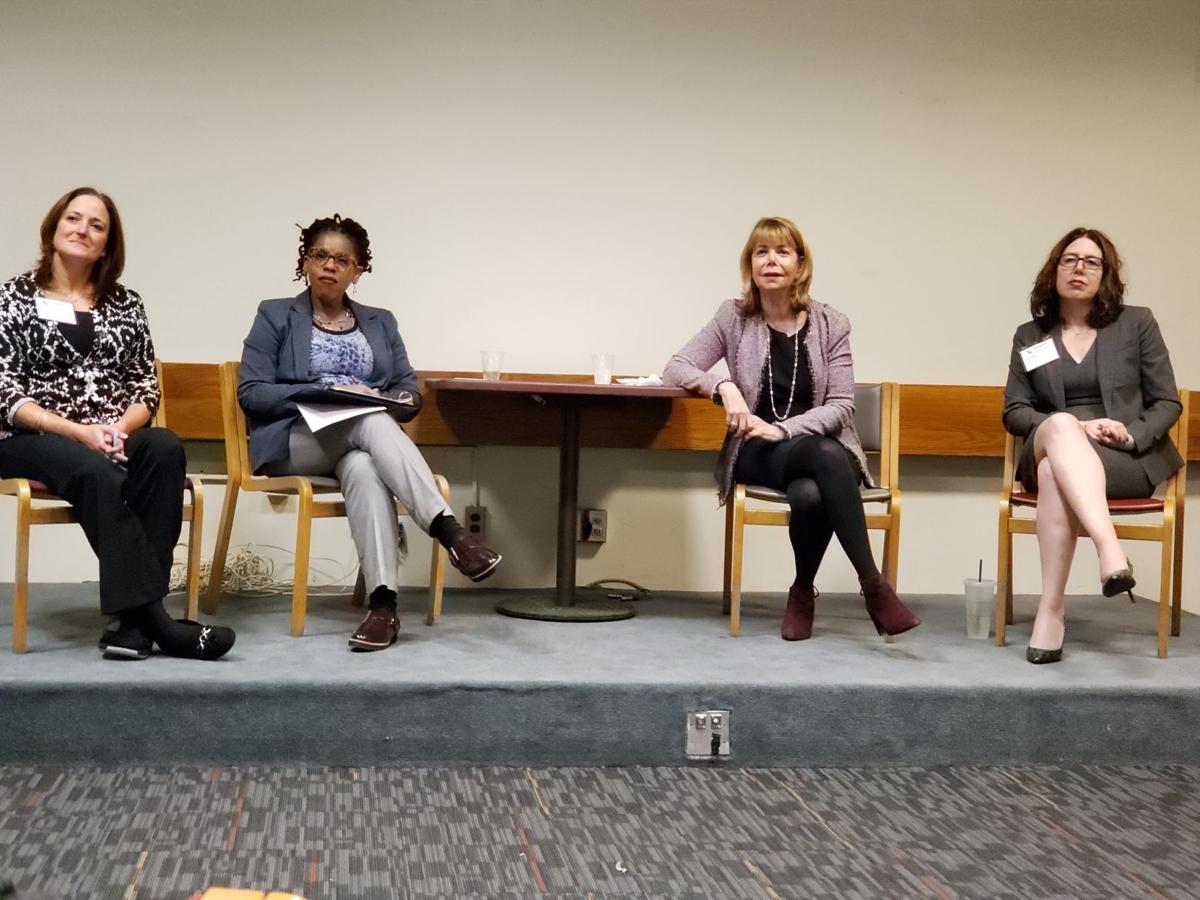 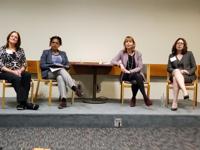 president and CEO of Leadership Montgomery; Susan Esserman, founder of the University of Maryland’s SAFE

Center; and Deborah Feinstein, chief of the special victims division at the county’s state’s attorney’s office,

discussed the prevalence of human trafficking here in a Community Needs Conversation.

president and CEO of Leadership Montgomery; Susan Esserman, founder of the University of Maryland’s SAFE

Center; and Deborah Feinstein, chief of the special victims division at the county’s state’s attorney’s office,

discussed the prevalence of human trafficking here in a Community Needs Conversation.

ROCKVILLE – Human trafficking does exist in Montgomery County, according to panelists at the Nov. 12 Leadership Montgomery meeting.

“We see sex and labor trafficking here in Montgomery County. It’s all ages, female, male, American-born or not,” said Susan Esserman, founder and director of the University of Maryland’s SAFE (Support, Advocacy, Freedom and Empowerment) Center for Human Trafficking Survivors.

It starts online and in hotels and massage parlors, she said at Leadership Montgomery’s second annual Community Needs Conversation, which was held at the Executive Building in Rockville.

With three airports, and a busy Interstate 95 nearby and plenty of hotels along Rockville Pike, the county is home to these abuses in which people are being made to have repeated sex daily or work in someone’s home for 18 hours a day while making very little money – sometimes less than minimum wage – while being threatened with physical harm if they do not cooperate.

Esserman defined human trafficking as “a criminal exploitation for profit.”

Traffickers “use force or fraud or coercion” to make a person do what they want and be too scared to run away or contact authorities, she said.

“They prey on the vulnerable,” Esserman said, and then proceeded to list a huge range of examples, including people with disabilities, the homeless, young runaways, people who have already been sexually assaulted, undocumented immigrants, members of the LGBT community, substance abuse users and people recently released from prison.

Esserman, who expects to open another SAFE Center in the Rockville area soon, estimated that 2.5 million people around the world are victims of human trafficking.

“That is a staggering number,” she said, adding, “This is such a profitable crime. It is the second-largest and fastest-growing crime.”

While many people think of human trafficking as someone from another country being lured here on a false promise of a well-paying job or someone grabbed off the street and forced into domestic slavery or constant sex, that is not the typical scenario.

In this county, 90% of those who are exploited are female, Esserman said.

While many come from Honduras and the Philippines, “The majority of trafficking cases, the person is trafficking in their own country,” she said. “Almost a half of our clients are American-born. That stuns me,” she said of those who seek help at the Safe Center.

Most of those who are foreign-born came to this country legally with a visa, she said, adding that they are not tied up nor thrown into the back of a car.

She urged audience members, many of whom were professionals whose jobs involved human trafficking, including social and hospital workers and members of task forces, to look for red flags. If they believe someone is being trafficked, they should report it at once, the panelists said.

Red flags include people who do not seem to have any control over their time and paperwork. They appear to work hard but have little money.

They may have visible bruises and are hungry, even malnourished, Esserman said.

Some have boyfriends or girlfriends who are much older than them. Others live where they work and may not even know their address, she noted.

“The most important thing you can do is report,” your suspicions, she said.

“If you see something, say something. I can’t stress this enough. If you have a concern, reach out,” agreed Deborah Feinstein, chair of the special victims division at the state’s attorney’s office in the county.