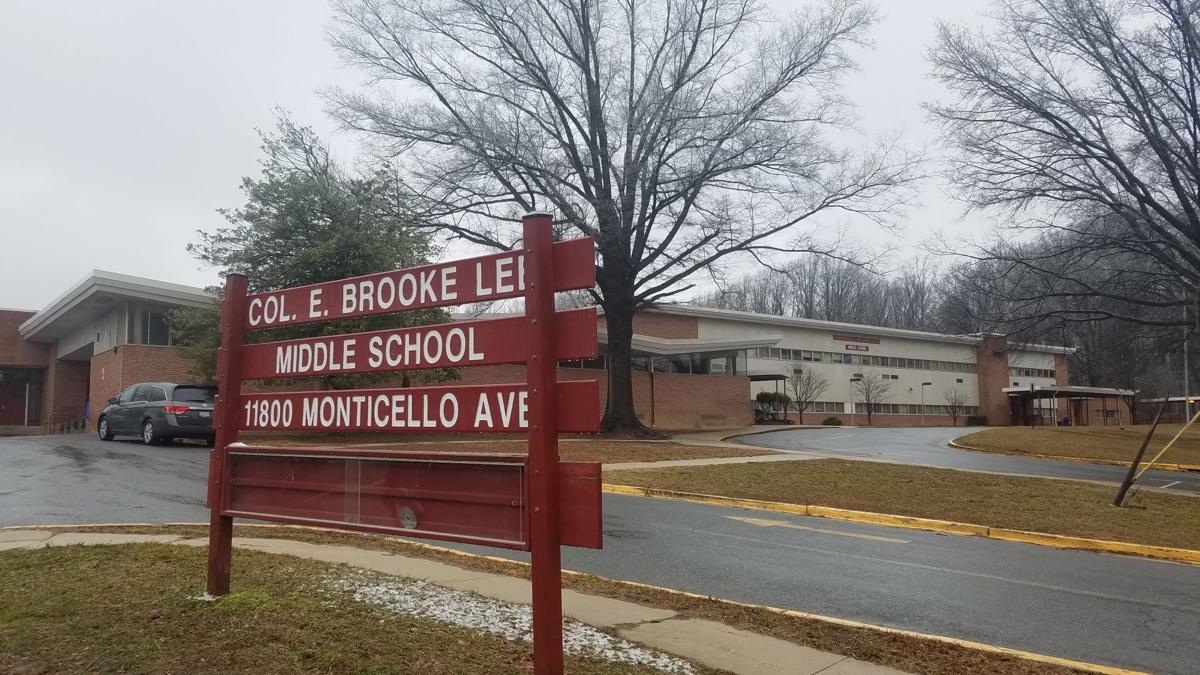 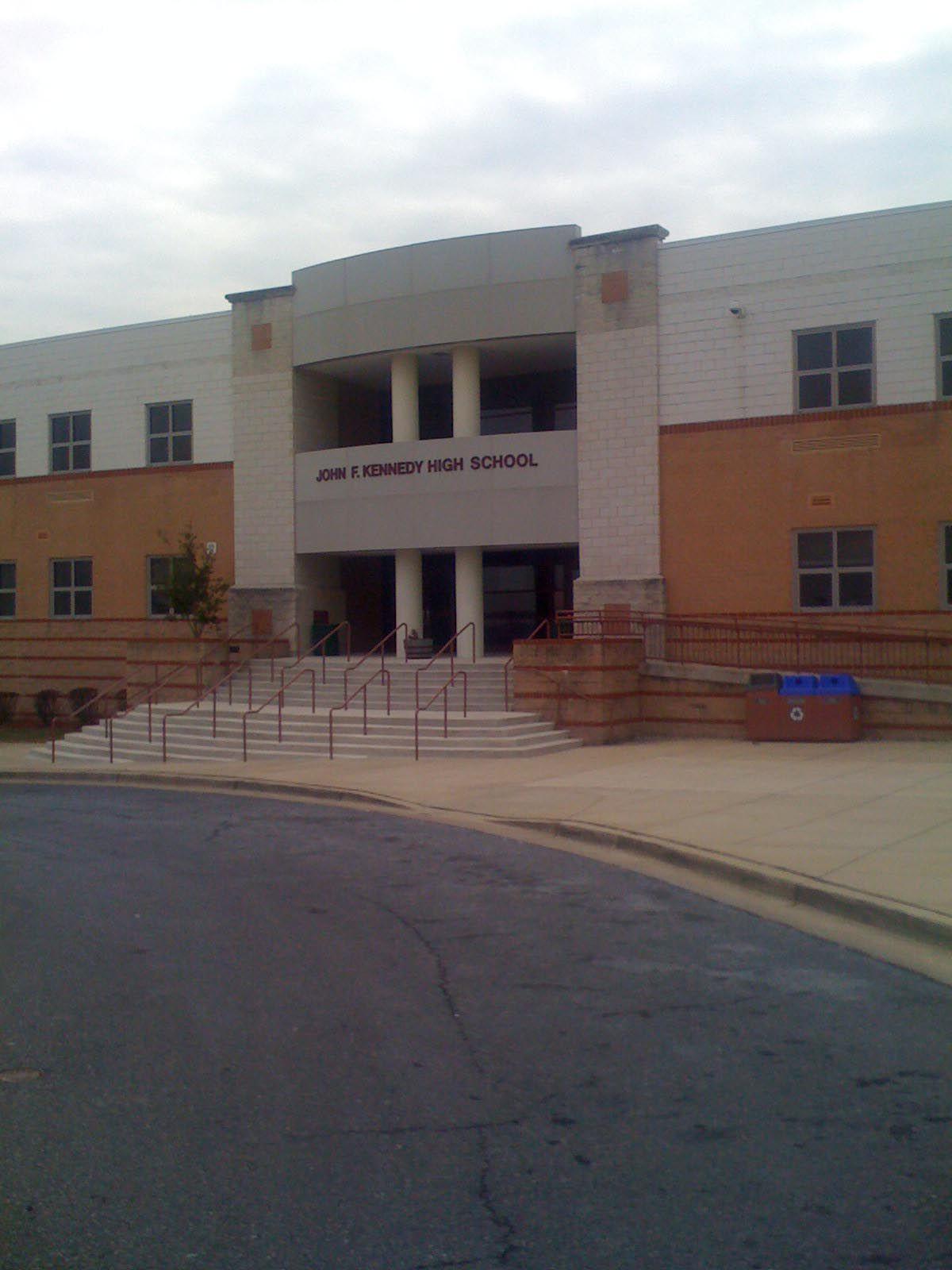 The new addition for John F. Kennedy High School will include classrooms, a new wellness center and a bus shelter. (Courtesy Photo)

ROCKVILLE – The Montgomery County Public Schools Board of Education voted on March 12 to approve the design plans for a high school addition and for a replacement middle school building.

The addition and replacement will include room for more students in new brick-and-mortar classrooms and other spaces for learning, according to the respective consultants for the two projects.

Seth Adams, a director in the MCPS Division of Construction, answered questions from board members about the schematic designs. The consultants who created the designs presented them.

The consultants received input from committees of stakeholders to help them create the respective schematic designs.

Colonel E. Brooke Lee Middle School was originally scheduled for an addition, but MCPS increased the size of the scope to a replacement of the school facility because it was scheduled for a modernization project the following year anyway, Adams said.

Adams said during construction of the Lee replacement, students will continue going to school in their existing building, and then move into the new school.

“This is going to be a different kind of approach to the middle school project,” Adams said. “We’re going to do the work on site while the students are there.”

After the move, contractors will demolish the old building.

The addition was scheduled to be finished in 2021, but the new completion date for a brand-new 21st century facility will be in 2022.

“It is not a delay in the project but is purely the fact that we are moving from the addition (project) to a brand-new building,” Adams said.

Lee Middle School borders Wheaton Regional Park, and so Casey Anderson, a county planning board member appointed by the council, has been discussing design plans with consultant Moseley Architects P.C., Adams said. Jim Henderson of Moseley, who presented the design during the board meeting, had received feedback on it from the planning board prior his presentation.

Henderson said he will try to design the Lee Middle School building so that the playing fields on campus will still be accessible during construction. He confirmed that they are used by the community as well as by the students.

Lee Middle School Principal Kimberly Hayden Williams told the board her school enrollment has been growing by 50 students per year during the past few years. She said she is enthusiastic for the capacity that contractors will add to the school.

“We’re very excited about that opportunity (for programs in the school), but we need the space to do it,” Williams said.

For the high school addition project, consultant David A. Delmar, president of Delmar Architects, presented the schematic design for the John F. Kennedy High School addition to the board. The plans include a wellness center as well as classrooms. The new facility will include three floors. During the school day, people who wish to visit the wellness center would need to enter the school through the main entrance.

The design also includes a proposed new bus shelter for student drop-off, which would also serve the purpose of helping school visitors distinguish the front of the building, Delmar said.

Adams confirmed the County Department of Health and Human Services will fund the design and construction of the wellness center at Kennedy.

Delmar said his company will help create plans for the addition. These will be put out for bid, and then the builder with the lowest bid will be awarded with the contract for the project.

The addition will be located near a neighborhood as well as an intersection.

Board member Brenda Wolff (District 5) said she wondered how residents in the nearby neighborhood felt about the addition that will be built at Kennedy.

“Traffic is horrible there” on Middlevale Lane and Randolph Road near the school, Wolff said. “I wonder with the people that live there what has been their response to it?”

Adams replied that MCPS received comments of concern from members of the local community about the addition.

“As we further refine and define the project, if there’s things we can do to relieve that situation, or the traffic or the noise, we are certainly going to explore all options,” Adams said.

The opening of the addition is scheduled for 2022.

Member Wolff, who said she has visited the school, also asked how the addition would affect the number of parking spaces on campus.

“Parking is very hard over there,” Wolff said about the school.

Adams told the board that the addition to Kennedy will not reduce parking at the school.

“We will not take parking away,” Adams said. “The goal is to figure out how much (parking) we can add to the project.”

Rubens agreed with Wolff, saying that parking is a priority. He said more classrooms are the first priority, and parking capacity is the second.

“I would have teachers at my door with pitchforks and flames (if parking were reduced),” Rubens said.