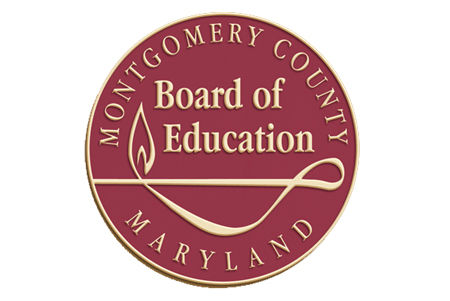 The Montgomery County Board of Education. (Courtesy Photo) 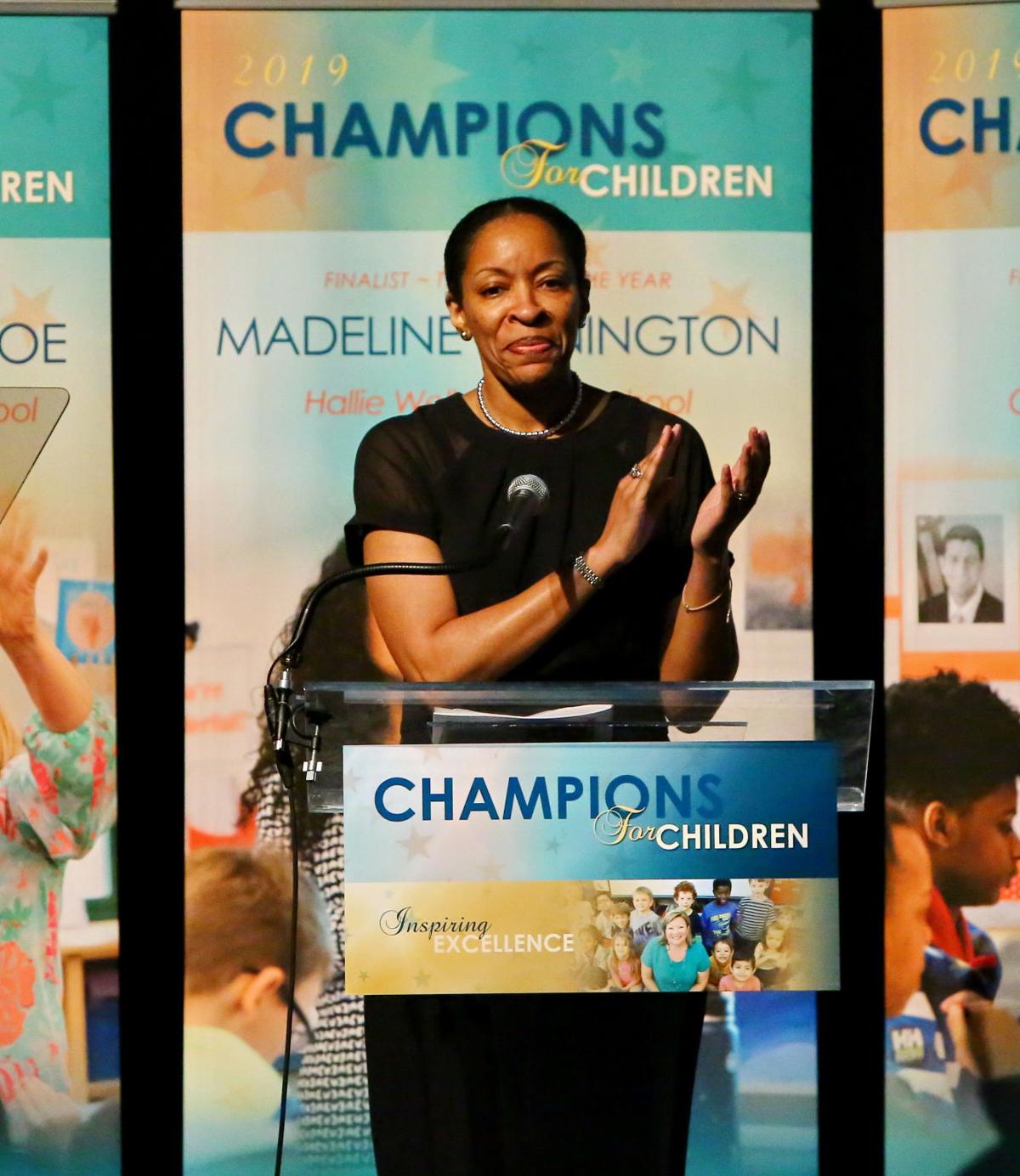 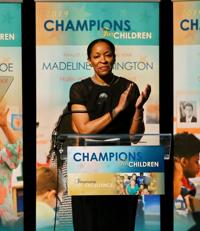 Shebra Evans, President of the Montgomery County Board of Education, gave welcoming remarks before the Champions for Children Awards Celebration held at the Blackrock Center for the Arts in Germantown on April 25. Photo by George P. Smith/The Montgomery Sentinel.

The Montgomery County Board of Education. (Courtesy Photo)

Shebra Evans, President of the Montgomery County Board of Education, gave welcoming remarks before the Champions for Children Awards Celebration held at the Blackrock Center for the Arts in Germantown on April 25. Photo by George P. Smith/The Montgomery Sentinel.

ROCKVILLE – With the holidays and 2020 just around the corner, the Montgomery County Public Schools (MCPS) Board of Education completed an expansive agenda including voting in presiding officers, approving the 2020-21 school year calendar and listening to public feedback on Dec. 3.

First, board member and Silver Spring resident, Shebra Evans, was unanimously reelected to enter a second consecutive one-year term as president of the eight-person board of education.

With a degree in economics and finance from Tennessee State University and two children currently attending MCPS, Evans was first elected as the board’s vice president in November 2016. She serves on the Maryland Association of Boards of Education’s Board of Directors and she is also a member of the Board of Educations’ Strategic Planning Committee and the Policies and Procedures Committee.

“We have a very smart board who is very thoughtful and I appreciate our opportunities to be able to talk and share and deliberate on the decisions that are really important as we move forward in the school system,” Evans said, expressing her gratitude to fellow board members.

First-term board member Brenda Wolff was elected to preside as vice president in a unanimous vote for a one-year term, too. Wolff, who is also from Silver Spring, will replace Patricia O’Neill.

On the agenda, was the approval of the 2020-21 school calendar. The initial policy management committee put the school calendars, which were produced by internal workgroups, to the stress test in the public domain from September through November.

From a web survey with more than 13,000 respondents to internal and external stakeholder discussions, both the traditional and the innovative school year calendars attracted broad and widespread engagement.

“The school calendar is always a topic of great conversation and discussion and it’s important to hold in our minds that every family is unique,” MCPS Superintendent Dr. Jack Smith said. “The work is thus done within the context of adjusting what has happened in the past going forward.”

The calendar includes a total of 182 instructional days, two more than the state requirement.

According to the passed calendar, schools would be closed on May 13 as part of a professional development day, which also coincides with the Muslim holiday Eid al-Fitr.

The school will be open on Inauguration Day on Jan. 20, despite a late push by board member Jeanette Dixon, after polling showed parents would prefer that over starting school after Labor Day. Spring break will last 10 days and the school year ends on June 16.

Later on, Jennifer Stein, school safety lead for the Maryland Chapter of Moms Demand Action, informed the board about a recent report on school safety, which sets forth data on gun violence at school campuses.

It provides recommendations for tailored solutions to the problem of gun violence at schools amid the recent spike in school shootings that followed the shooting of 20 children and six staff members at Sandy Hook Elementary School nearly seven years ago.

“It is this horrific mass shooting that led to the formation of Moms Demand Action in December 2012,” Stein said.

The report, co-authored by Everytown on Gun Safety, the National Education Association and the American Federation of Teachers, will undergo the staff and the board’s review. Smith said the staff will respond to the letter that Stein offered along with the report with information on steps already underway and a forward-thinking approach.

It plans on setting forth a campaign before the holidays on how and where students can obtain any mental health service, as well.

Meanwhile, a point of contention stemmed from a 7-1 decision the board reached on Nov. 26 to shuffle middle school and high school students at Northwest, Clarksburg and Seneca Valley High Schools during the public comments portion of the meeting.

Some commenters lauded the decision as a commitment to equity. But others expressed frustration over subjecting students to transportation changes and poor conditions, among other issues.

Byron Johns of the National Association for the Advancement of Colored People (NAACP) Montgomery County Parents Council and the Black and Brown Coalition for Educational Equity and Excellence pointed to the vote as “a fair and equitable outcome in the face of vile—and sometimes intimidating letters and online comments.” He further argued that “together we will replace” the resistance to the changes “with outreach, healing and forging new friendships.”

Chi Zhang, the father of two students in public schools, said, “we are very disappointed” with the decision to “bus Germantown students to Clarksburg schools and Clarksburg students to Germantown schools.” This decision was made against the will of 82% of survey respondents from Clarksburg, based solely on demographics and will create more problems long-term, he argued.

The reassignments are to begin September 2020 and continue through 2023. The school restructuring includes a community engagement plan, which is aimed at minimizing its impact.