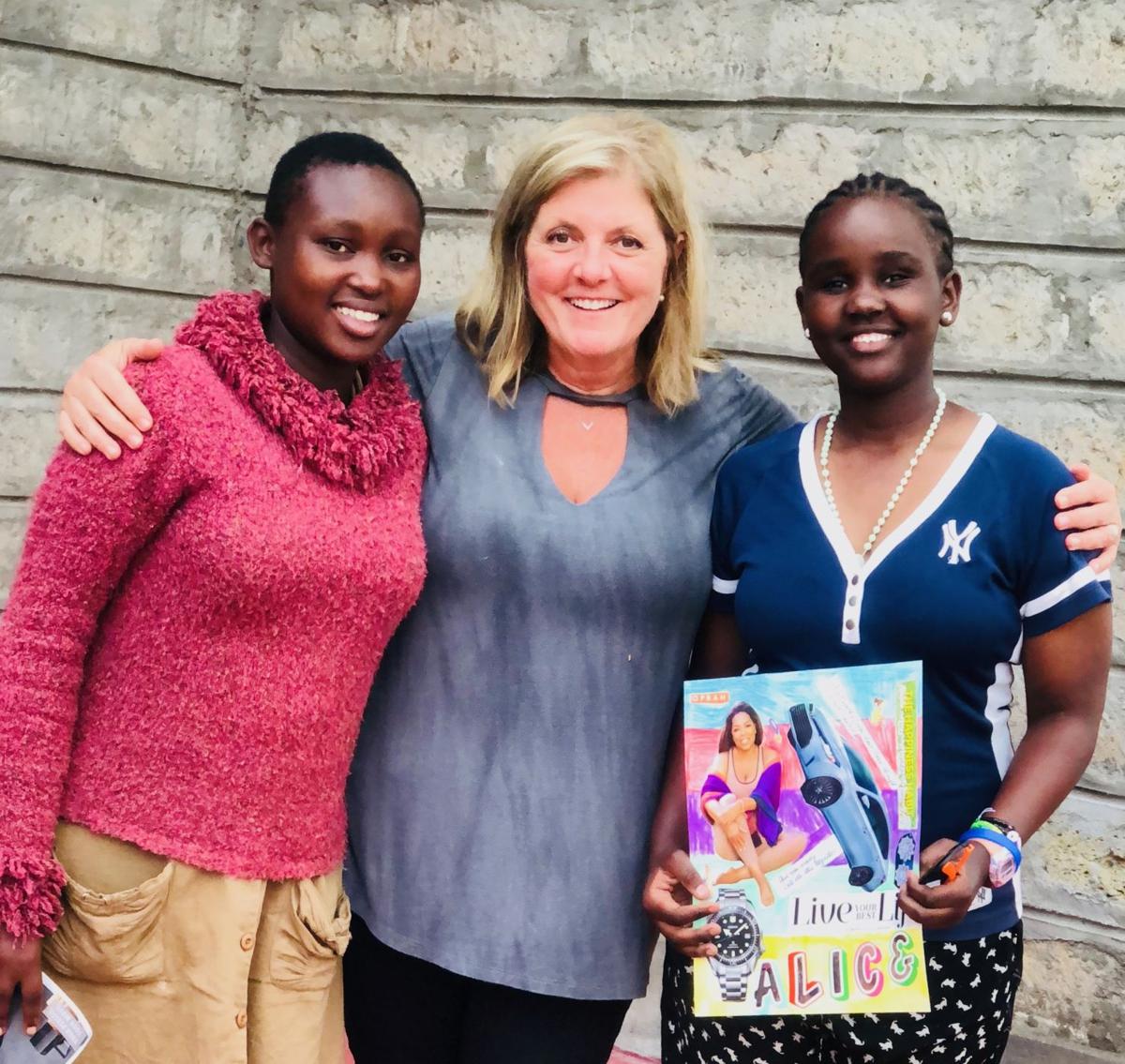 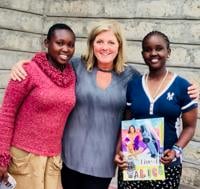 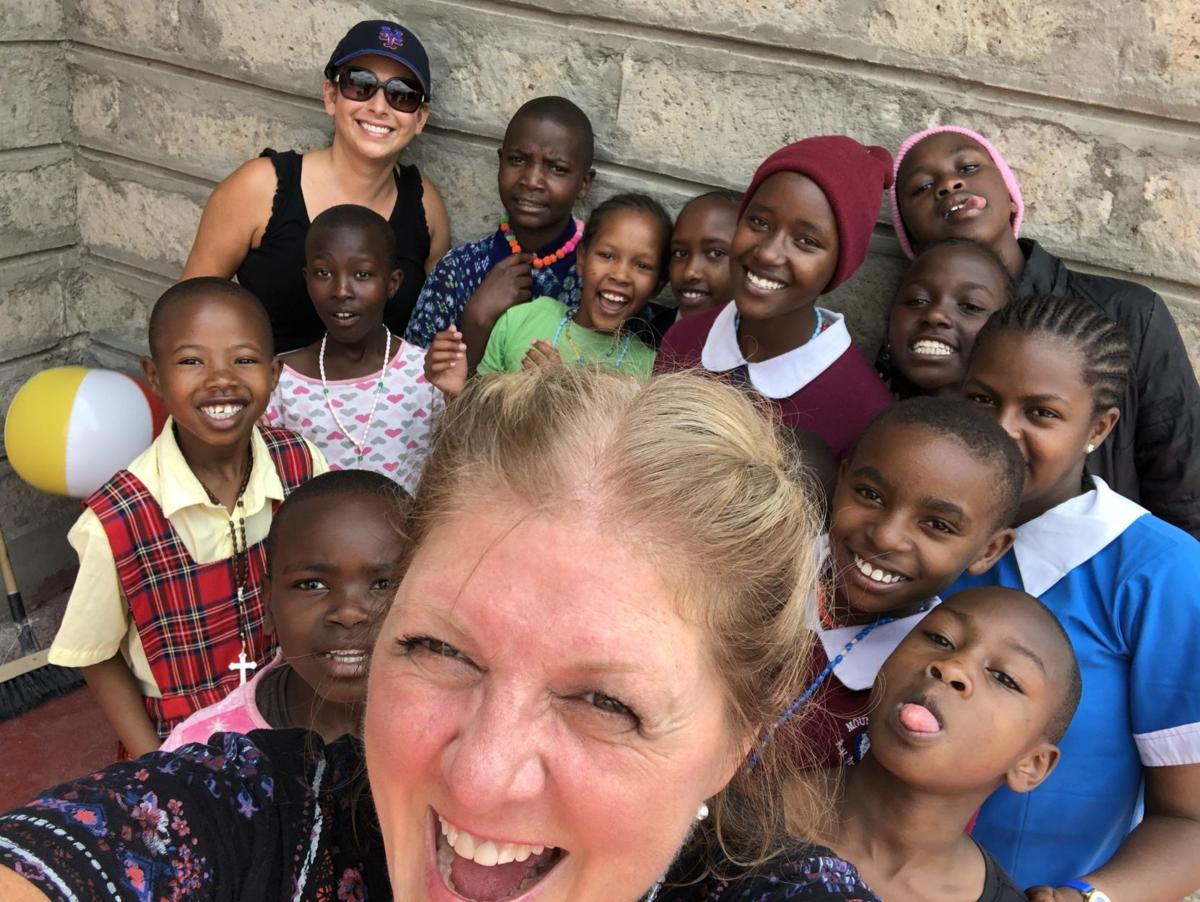 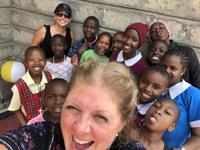 When not serving as a local real estate agent, Audrey Forshey dedicates her time to help girls in Kenya receive an education.

“I always say I have 43 kids,” said Forshey, who serves as the president of Mothers Fighting for Others, a nonprofit that raises money to send Kenyan girls to boarding school.

“One of the main reasons for the low enrollment of girls in secondary education is the persistent high level of poverty, especially in urban slums and rural areas,” according to UNESCO.

Most of the Kenyan girls Forshey’s organization help are orphans, and others have parents who are physically handicapped and cannot work or provide for their children.

Some of the girls are also victims of female genital mutilation. This historically and culturally rooted practice reaches as high as 89% of the female population in some parts of Kenya, according to the Borgen Project, a non-profit organization focused on ending poverty.

To help combat these educational challenges for Kenyan girls, Mothers Fighting for Others organizes various fundraisers, raffles and donations annually. Each sponsor donates around $1,500 to fund a Kenyan girl’s education.

After graduating from the University of Alabama in 1986, Forshey moved to the Washington area. Forshey earned a degree in abnormal psychology, but she decided to pursue a career in real estate. Thirty-two years later, Forshey continues to provide residential real estate in Maryland.

Forshey has faced personal struggles throughout her life. In 2004, Forshey was diagnosed with thyroid cancer and underwent radiation treatment. “I guess if I would not have found it when I did, it could have been worse,” Forshey said. “I was not on death’s door, so I don’t really think about it like my friends who have fought for their lives.”

While serving the Montgomery County area as a real estate agent, Forshey felt compelled to get involved in Mothers Fighting for Others after learning about it through her friend and founder, Rocky Turner. After Turner stepped down, Forshey took on the role of president in 2017.

“I see so many girls that are so smart, and without the chance of going to these schools, they wouldn’t make it,” said Forshey, whose efforts helped Kenyan girls earn college degrees, nursing licenses and pursue law school.

Forshey constantly receives criticism for her efforts in Kenya since many people think charities should focus on the U.S. “Why are you helping people in Africa when people here need help?” Forshey echoed as a typical comment.

“The poverty that I’ve seen around the world is so intense and here, we have so many more agencies that we can go to for help when we’re having a problem,” Forshey said. “We have many charities here that are very well funded.”

Several women’s advocacy groups prioritize their funding within the U.S. instead of other countries. “We should definitely keep investing abroad and increase investment in the U.S.,” said Jennifer Clark, the director of communications for the Women’s Institute for Policy Research.

“I have encountered quite a bit of the negative stigma as to raising money here versus outside the country,” said Desiree Daniels, vice president of Mothers Fighting for Others. Critics of the nonprofit told Daniels to do work in the U.S. and not in Africa.

“We’re very protective of our own, but we don’t see the broader picture that everybody impacts one another,” Daniels said.

Funding for girls in Africa instead of the U.S. limits Forshey’s opportunities to find additional money to support their education as the majority of grants and foundations only support local endeavors, Forshey said.

Regardless of the criticism, Forshey still dedicates her time to help girls in the local community. As a board member of the upper Montgomery County division of Soroptimist International, an international organization for women’s empowerment through education, Forshey provides food and meals to local women’s homeless shelters.

Through the “Dream It, Be It” program of Soroptimist, Forshey empowers high school girls who face additional obstacles in their lives with seminars to establish their financial and life goals.  Forshey regularly works toward expanding the non-profit and sending more Kenyan girls to boarding school.

“I’m so lucky and blessed in my life,” Forshey said. “That’s why I pay back as much as I can to as many people as I can.”

Forshey said her efforts in Mothers Fighting for Others had shaped her into a more humble person.

“It’s part of my identity,” Forshey said. “I thought I was just helping before, but those kids have totally changed my life.”