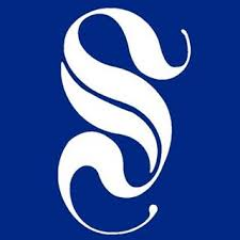 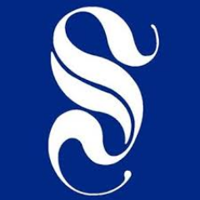 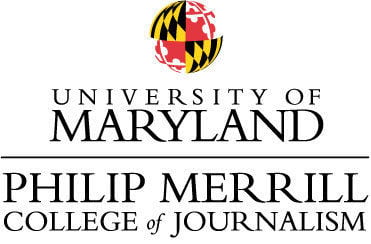 SEABROOK – Following the announcement that the Montgomery Sentinel will cease its print publication following this edition, public figures throughout the county spoke on how the outlet’s closure leaves a void in local coverage.

County Executive Marc Elrich said that the closing is a continuation of how much the news media culture is moving towards a more digital-based society.

“The Sentinel’s closing is unfortunate and shows how the news media landscape – from coverage to consumption – is changing,” Elrich said. “Like the Gazette and the Journal newspapers of the past, The Sentinel served as an important source for local news about government, businesses, sports, neighborhoods and communities.”

U.S. Congressman Jamie Raskin (D-8) said via Twitter on Jan. 16, stating that it was “sad to learn” that The Sentinel Newspapers were closing their doors, affecting the counties of Prince George’s and Montgomery, his home county.

“This is a real loss for local news coverage across Maryland,” Raskin said. “To Sentinel staff past and present: a million thanks for your service to our community.”

The Montgomery County Sentinel dated back to before the Civil War and intersected with multiple periods of time, including the Great Depression, World War I and II, and the Brown vs. Board of Education case. In recent years, the publication covered local and national protests while providing standard coverage of the county’s governmental agencies like the council and board of education. Lastly, local entertainment and high school athletics were given a more elevated platform.

Councilmember Nancy Navarro said she was “devastated” to hear of the publication’s closure, claiming that the county had just fully recovered for the fall of The Gazette in 2015. She added that she worries about the future of news coverage and how facts will be disseminated in the future.

“It is a dangerous trend, in my opinion, for facts,” Navarro said. “Especially with our local coverage, we barely have any, and overall, this is bad for our democracy, so I was very sad to hear about this.”

The Sentinel’s closure comes at a time when smaller news organizations are closing more during the social media and digital age.

According to research by the University of North Carolina’s School of Media and Journalism, in the past 15 years, more than one in five newspapers in the United States has shuttered, and the number of journalists working for papers has been cut in half.

The ever-changing atmosphere in the journalism world is already impacting those who are looking to get into the industry. Starting in March, The Diamondback, the University of Maryland’s (UMD) independent student newspaper, will eliminate its print operations to focus on its digital product.

Lucy A. Dalglish, Dean of the Philip Merrill College of Journalism, acknowledges The Sentinel’s help in giving the school’s young journalists a chance to gain experience before graduating. The Sentinel provided opportunities to reach their news clip requirements, offered internships, and presented freelancing or job opportunities.

Now, with its closure, students will need to be creative during their job searches and prepare to explore options outside the Metropolitan region to work in the industry, Dalglish said.

“We have recruiters who come in looking for young students who are willing to relocate to Massachusetts, and places like West Virginia and Georgia,” Dalglish said. “There are still opportunities for (young journalists), but you are locked in the Metropolitan area, there are only so many jobs available.”

County officials stress that they will have to pick up some of the slack with one less outlet covering them. Currently, county council meetings are streamed off their website, and each county official can connect with residents via social media. The Montgomery County Board of Education meetings are open to the public and also streamed on Twitter. Lastly, both police and fire/EMS public information officers provide up-to-date information on Twitter.

However, news organizations bring a level of transparency to local governments by asking hard questions and requesting documents for more information. Montgomery County Council President Sidney Katz referenced The Sentinel’s closure as “a loss” for the county but pointed out at hyper-local outlets that can fill the void to provide unfiltered news content to residents.

Towns like Bethesda and Germantown have several community-based outlets that, together with television news outlets, can add county topics in their coverage. Navarro also referenced Montgomery Community Media (MCM), which focuses on the county on a broadcasting perspective.

“(The Montgomery Sentinel) gave readers a valuable local perspective that was not sufficiently reflected through other media outlets,” Elrich said. “The Sentinel played this role for more than 160 years; and its departure will leave a huge void that will be difficult to fill.”

Capital News Service, a student-powered news organization run by the University of Maryland has been providing more local content for Prince George’s residents as a wire service for area publications.

However, the university’s semester schedule leaves gaps for coverage. At the same time, its small staff, usually of 10 students, does not lend itself to cover both Prince George’s and Montgomery counties adequately, Dalglish said. While smaller, online community sites “meet some needs,” investment is needed to ensure residents are receiving top-line news.”

“It is going to be impossible to replace those two publications unless someone is willing to make an investment,” Dalglish said. “This is an incredibly large metro area not to have quality community coverage.”