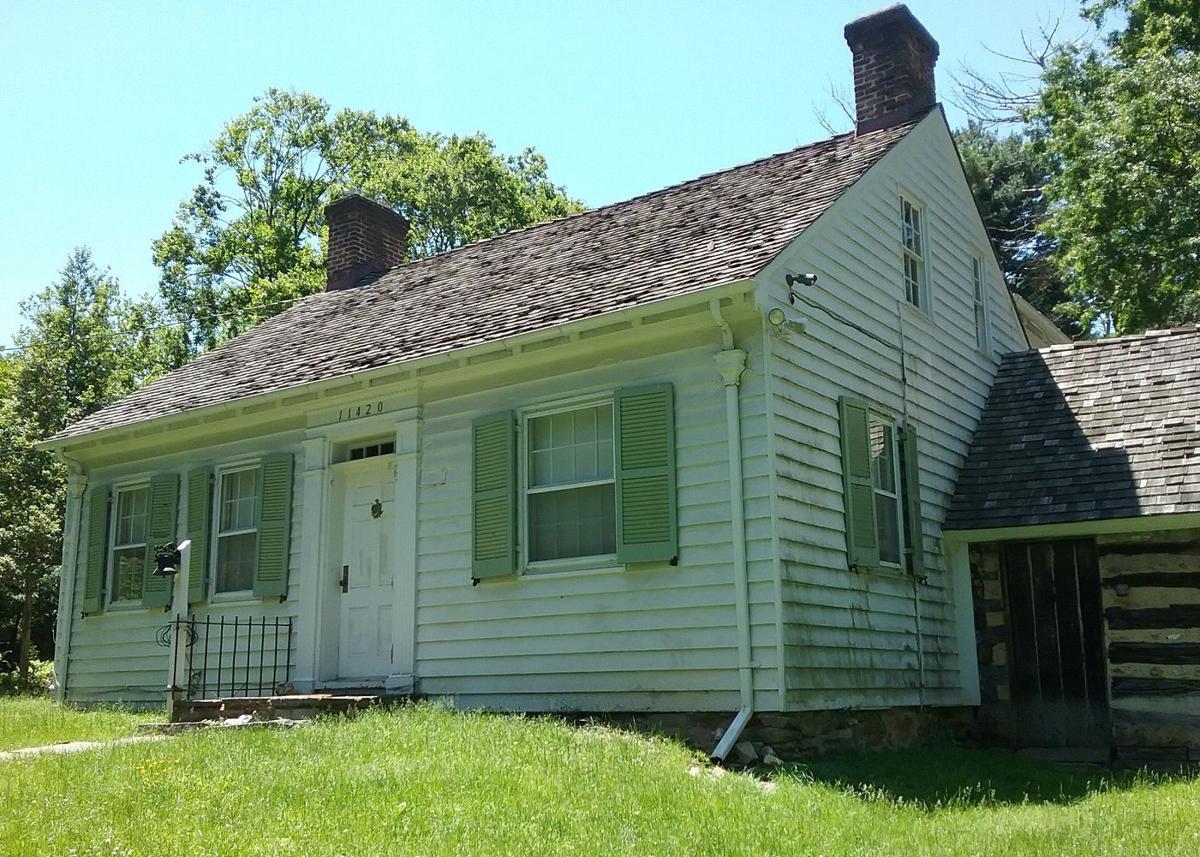 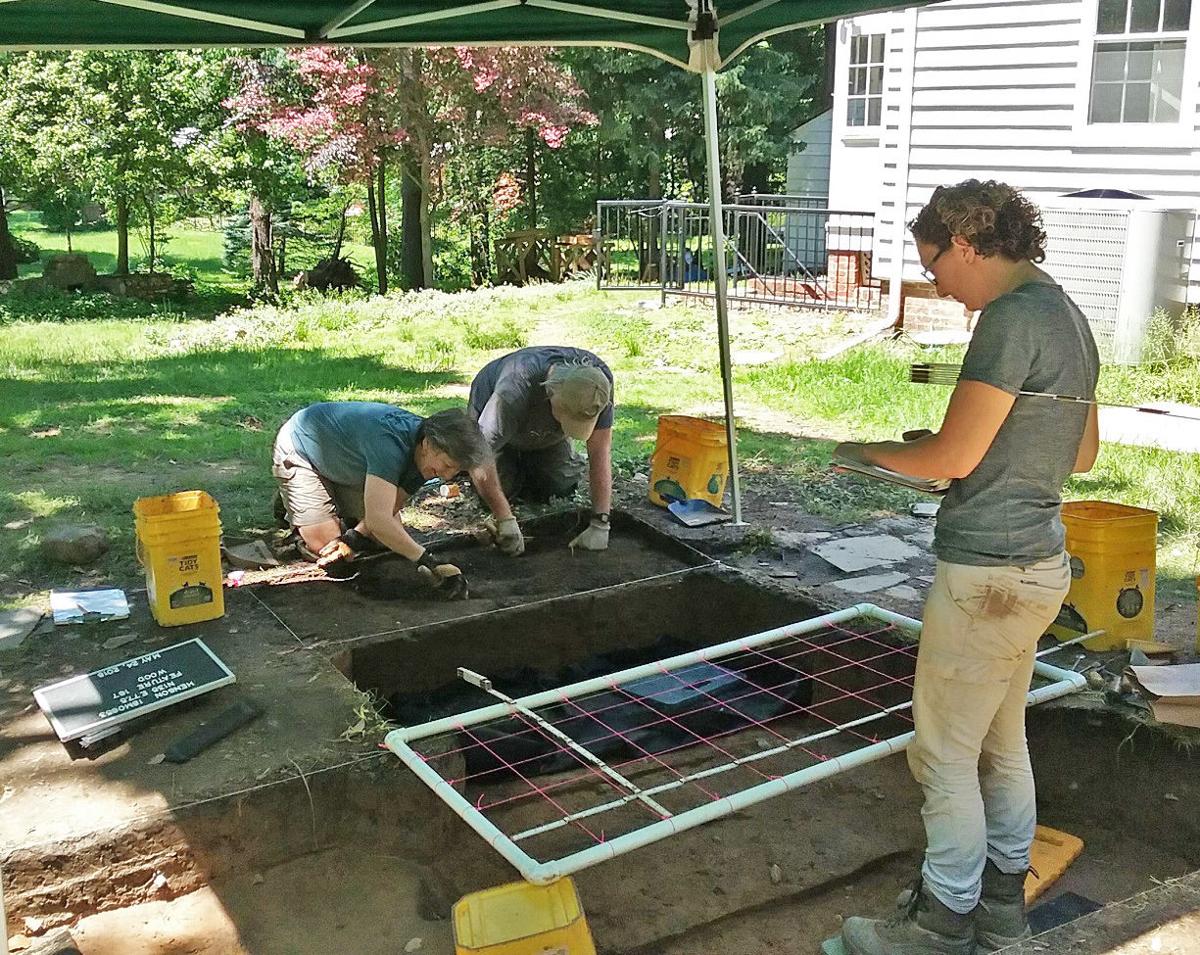 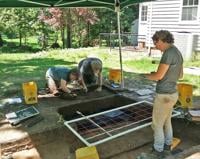 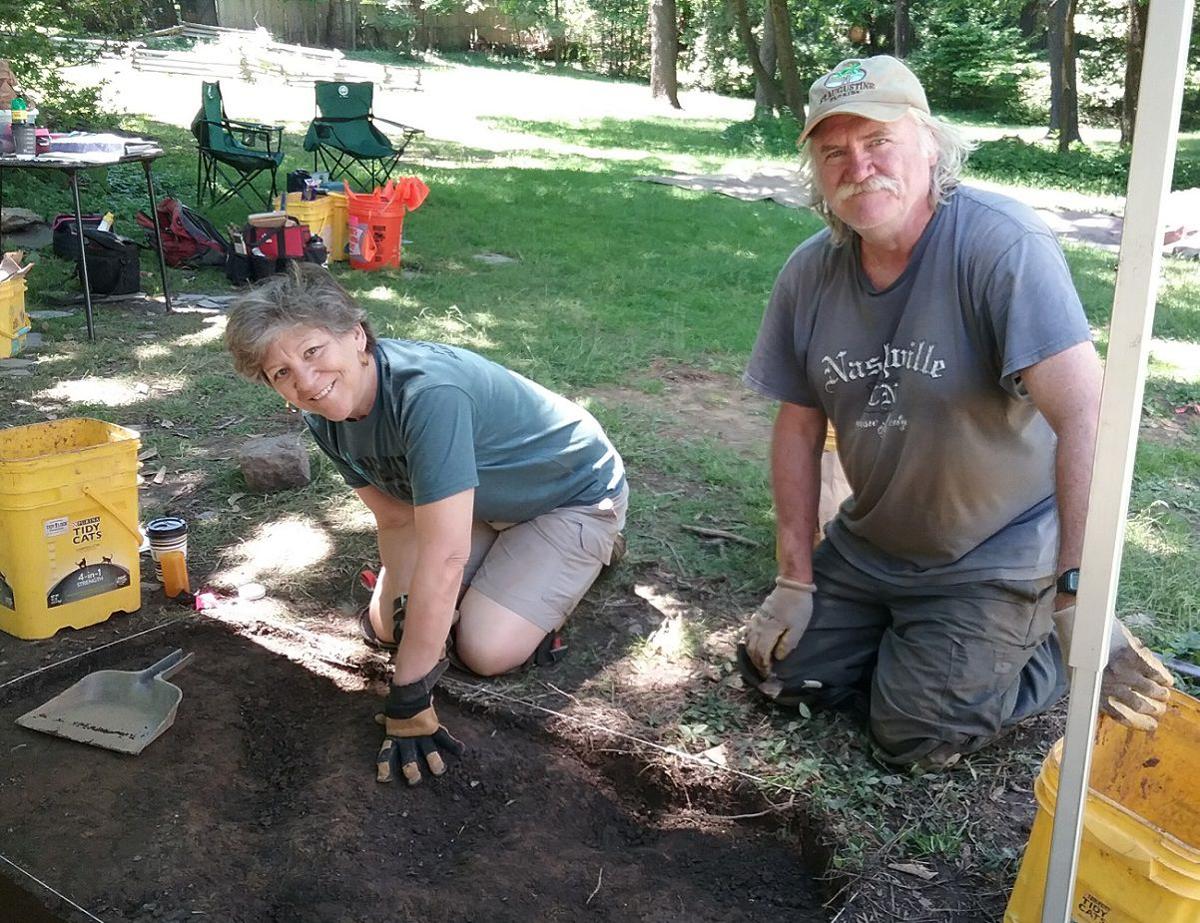 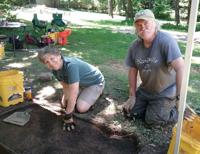 Kelly Horn, (right) County assistant archaeologist, and volunteers Fran Kline and Tom McLaughlin have uncovered many items dating back to the days of slavery.                    PHOTO BY SUZANNE POLLAK  “He tried to learn to read here in Maryland, and he was beaten for it,” she said.

Henson eventually fled to Ontario, Canada, where, as a free man, he built a school and a lumberyard for freed slaves.

In 1849, he published his autobiography, the manuscript that Stowe used to help her write “Uncle Tom’s Cabin.”

His journal continues to be used to learn about life in those days, especially because very few slaves could read and write or keep a journal of their life.

Having Henson’s perspective about being enslaved here from 1795 to 1830 “is fantastic,” Michaud said. “This is the heart of the story we are trying to tell, the slaves’ story.”

Realizing the historic significance of the site, the Department of Recreation purchased about three acres of the Riley farm in 2006 but has done little with it since then, opening its doors to the public only a few times a year.

All that is about to change, Michaud said.

By 2020, the park is expected to be open to the public on a regular basis. The Josiah Henson Park will consist of a small visitors’ center, the Riley home, and a walking trail around the accompanying land.

Fran Kline of Rockville and Tom McLaughlin of Silver Spring volunteer on the archaeological dig being conducted in North Bethesda. PHOTO BY SUZANNE POLLAK  The Riley Home will be a museum, depicting life in the 1800s. The current structure was added to and renovated in 1936, and County staff members currently are working to restore some of the rooms, especially the kitchen, to as close to its original look and materials as possible.

Twice each week, a handful of people, including volunteers, have been digging at the site on Old Georgetown Road, near its intersection with Nicholson Lane.

On the section closest to the Riley home, they have found mostly cooking items as well as buttons and pins. Further away, where they believe the slave home in which Henson lived was located, they have found many of the same items, only less elaborate. While the Rileys’ pottery and dishes had designs and were of several varieties, items used by slaves did not, Michaud said.

According to Michaud, the plan is to finish excavating and redoing the Riley home within the next two years.

“In Montgomery County, you don’t really hear about slavery,” Michaud said. However, she noted, during the time Henson lived, “30 to 40 percent of Montgomery County’s population was enslaved.”

Michaud is anxious for people to learn about the period and to understand that the Riley house was a working plantation. Besides the crops, the farm raised hogs, cows, and chickens, and milk and butter were sold.

Michaud is looking forward to having schoolchildren visit and learn about the working farm. Included in the exhibit will be a display of numerous copies of “Uncle Tom’s Cabin,” in various languages, in different editions, and as a comic book.

While Michaud wants everyone to realize that Stowe based her famous novel on a slave who lived in Montgomery County, she also wants to make sure they understand that the Riley house is not Uncle Tom’s cabin.

That’s fiction, Michaud pointed out. The Riley house and the life of Josiah Henson are real.