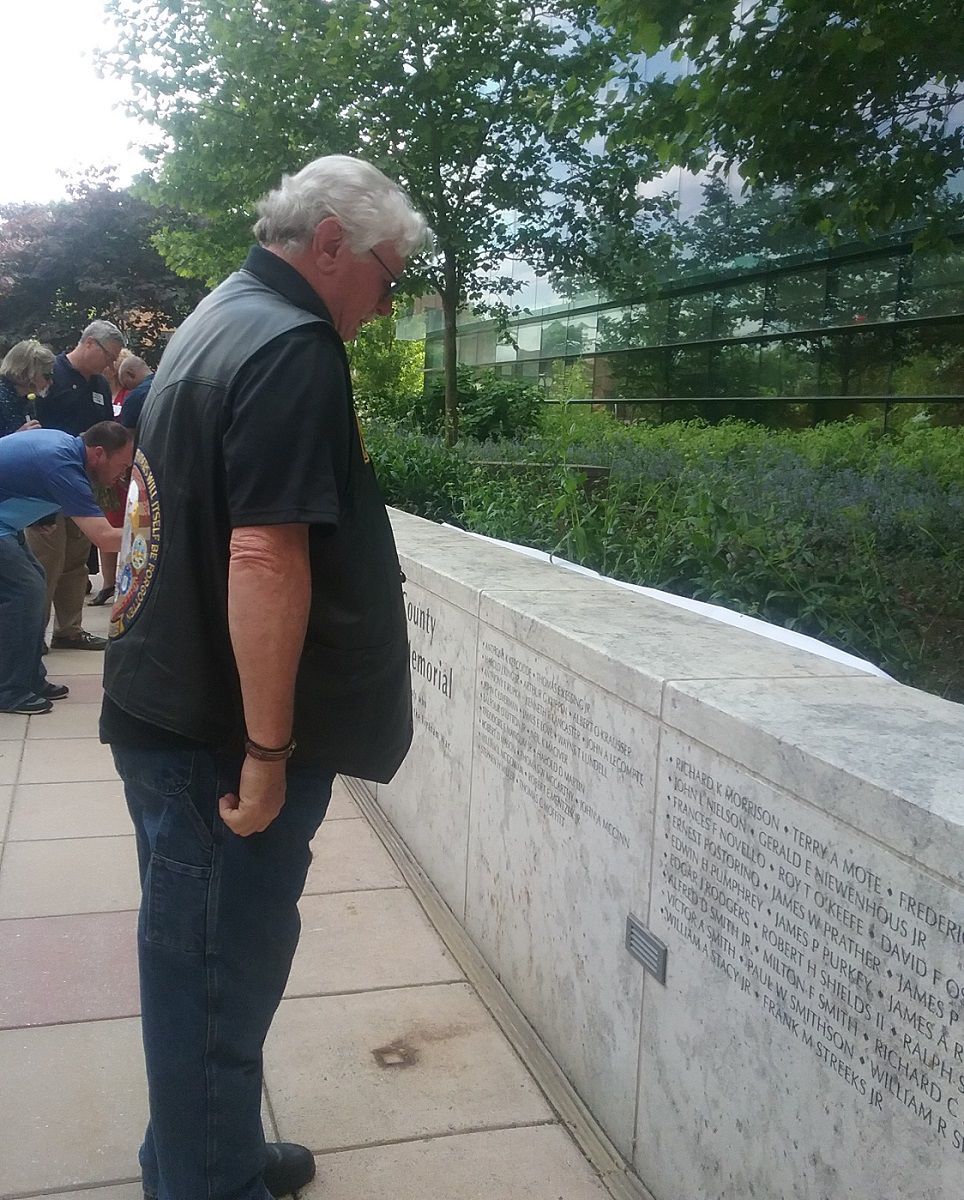 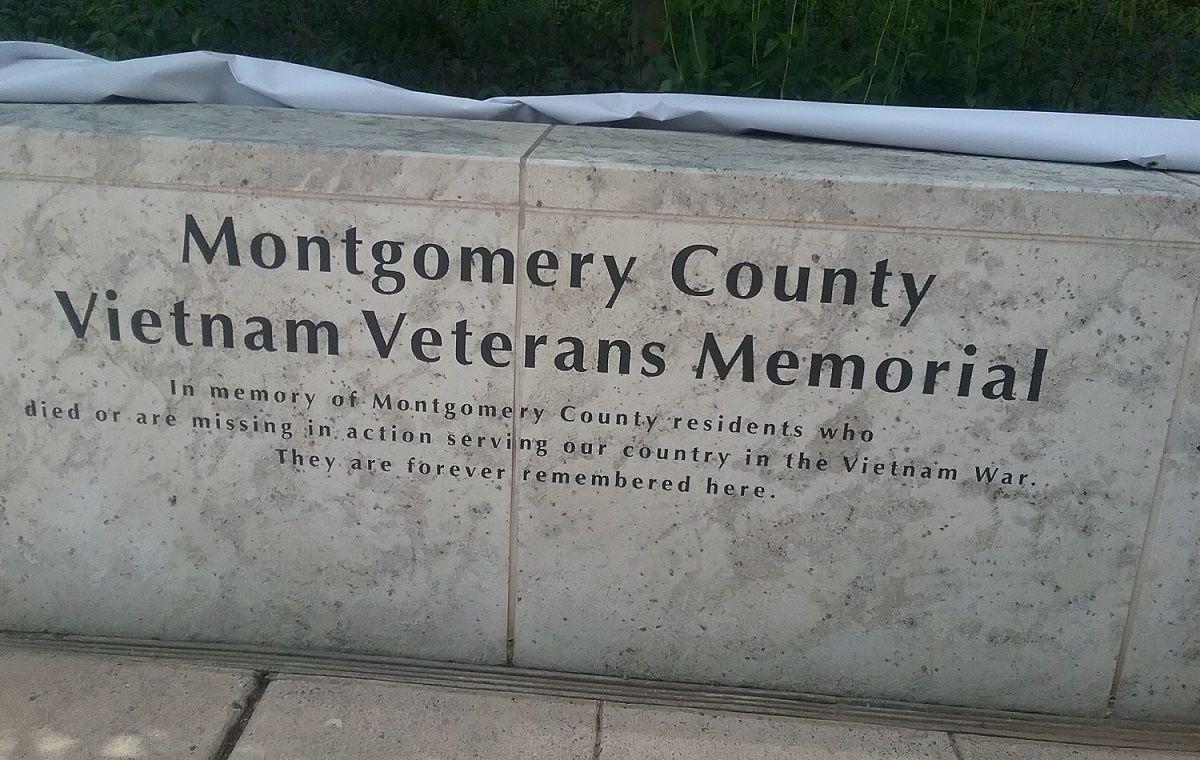 Montgomery County’s Vietnam Veterans Memorial wall was unveiled at Memorial Plaza in Rockville Monday afternoon. PHOTO BY SUZANNE POLLAK  “For a long time, I didn’t tell others I had served there,” he said.

Other veterans spoke about the disrespect they encountered when first returning to America. The memorial is long overdue, many said.

Plans for the memorial began 10 years ago, said County Executive Ike Leggett, who was an infantry captain in Vietnam in 1969. He was determined to see the wall come to fruition before he left office. Leggett beat his self-imposed deadline by several months, as he is not running for reelection.

“This is a powerful, emotional day for me. We are here to properly recognize the service of the 130” County residents, he said.

“There are far too many veterans around this great nation who are sleeping on grates, who don’t have jobs, who are struggling,” Leggett said.

They came home “to a skeptical nation, to taunts,” he said. “They were disrespected.”

He urged everyone to “separate the warrior from the war,” and always show respect for those who serve.

While the ceremony was dedicated to those who paid the ultimate sacrifice for their country, Leggett also honored family members who lost loved ones during the war, and, in particular, children who grew up never having gotten to know their fathers.

Navy Commander Everett Alvarez spent eight years and four months as a prisoner of war, after his plane was shot down in August 1964. Looking out at the crowd, he acknowledged that “Nothing that is said here can atone for the grief you experienced many years ago.” However, he added, the memorial “recognizes your sacrifice.”

Vietnam veterans came to the aid of their brethren after the war and were “prominent in leading the way” to develop techniques to help those suffering from post-traumatic stress disorder, said the Rockville resident.

While nothing can bring back those who died, “the presence of this memorial will ensure that they will not be forgotten,” said Major General Arthur Holmes (Ret.).

Some 2.7 million Americans served in Vietnam “and today, 850,000 are still among us,” said Sgt. Major Daniel Bullis, who treated wounded and drug-addicted soldiers during his service from October 1970 to October 1971.

“No one who returns from war returns without injury. No one is the same,” he said.