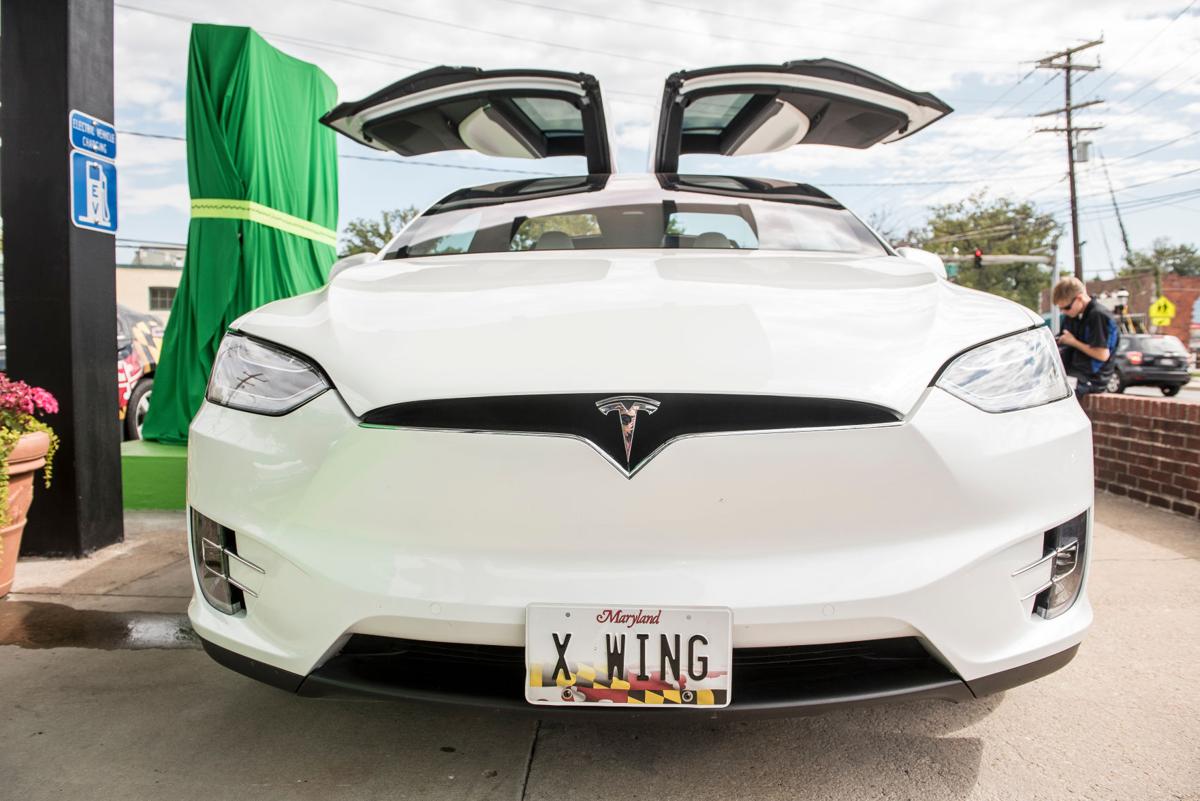 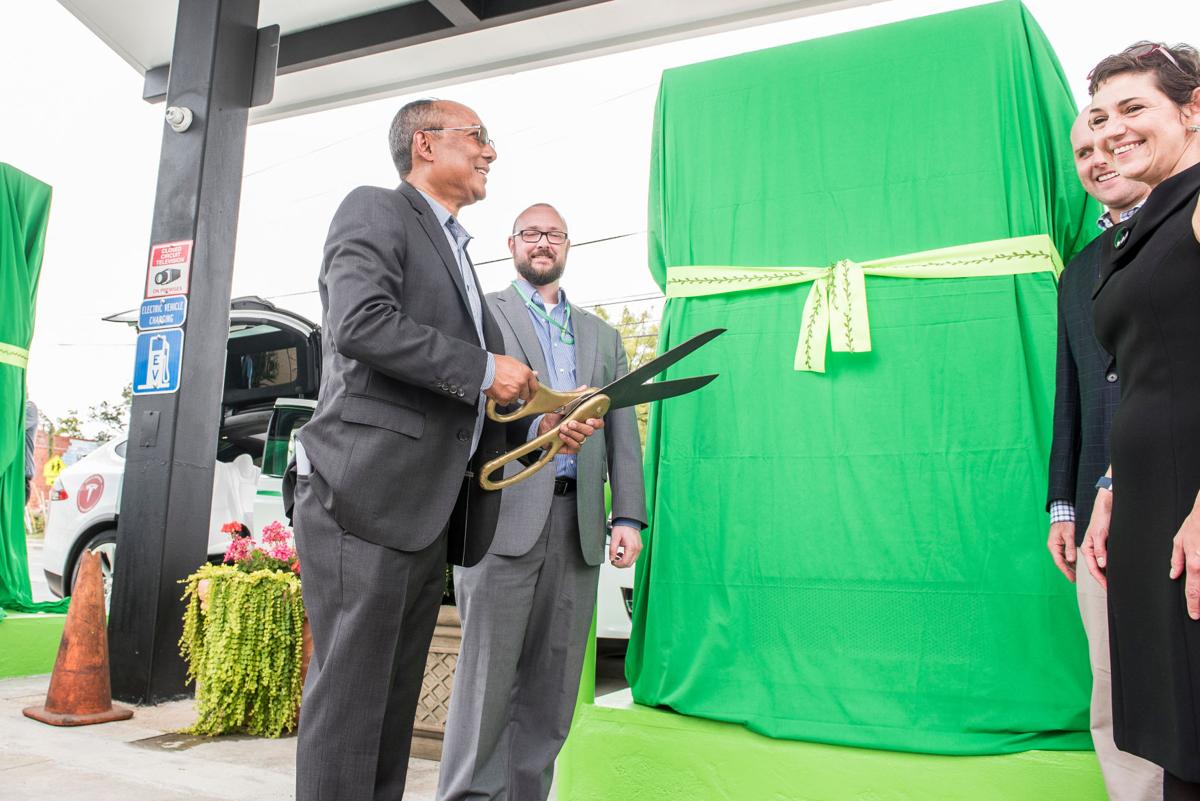 The new service station, located on Carroll Avenue in Takoma Park, has, in fact, provided gasoline to travelers for years as RS Automotive. However, by converting the former gas station into an electric vehicle charging station, the longstanding pit stop will be able to serve the growing number of vehicles in the area that do not run on gasoline.

According to the state of Maryland, the station is able to charge an electric vehicle in about 20 to 30 minutes. It will also be able to charge up to four cars simultaneously, through a high-powered, 200-kilowatt system.

The new electric station will also be like a traditional station in that it will have a convenience store located on the lot.

Matthew Wade is the CEO of the Electric Vehicle Institute (EVI), which helped fund the project. He said that, all told, converting the gas station to an electric vehicle charging station took about a year-and-a-half of work.

Wade noted that in the future, similar projects could be completed faster.

“I would say if we were to do it all again, we could do some parts of the project simultaneously. So, for example the removal of the tanks, that took a long time because the Maryland Department of the Environment have quite a few rules and regulations we had to adhere to. So, I think if we were to do it again, it probably would take six months to a year,” Wade said.

He went on to explain that officials chose Takoma Park because the city government and Montgomery County were both very supportive of having an electric vehicle charging station in the area, and there was a demand to meet.

“There’s quite a few registered electric vehicles in the area; we’ve seen the usage is quite high, and there are actually quite a few (Washington) D.C. taxi drivers that have electric vehicles and live in the area and were using chargers,” he said. “So, for us we knew there would be high utilization of the charging stations; the demand was there, for sure.”

Depeswar Doley, who owns RS Automotive, said that from a business perspective, it made more sense to convert the gas station into an electric vehicle charging station than creating one from scratch.

“There were moments when I was buying gasoline at a much-higher rate than what my competitors were selling,” he said. “So, from a business point of view, it just wasn’t feasible for me.”

Doley said he was initially approached by an employee within Takoma Park’s Department of Public Works to begin the project. After discussing the opportunity with his family, Doley decided to move forward with the project.

He said that his daughter was also a big part of why he chose to convert his gas station. She was excited at the possibility of having an electric vehicle charging station, which would be better for the environment and encourage more electric vehicles on the road.

In recent years, Maryland’s government has made a concerted effort to offer rebates to residents who buy electric vehicles. According to the state, a buyer can receive a rebate of up to 40% of the cost of electric vehicle charging equipment and electric vehicles qualify to drive in the high-occupancy-vehicle (HOV) lanes, regardless of how many passengers are traveling in the car.

Utility companies in Maryland, such as Pepco and Baltimore Gas and Electric (BGE), also offer customers with plug-in vehicles an option for time-of-use charging rates and programs with off-peak hours so that electric vehicle owners save more.

Efforts like these make owning an electric vehicle more enticing to residents. Plus, according to the Maryland Department of the Environment, driving an electric or plug-in vehicle is typically about one- third the cost of traveling on gasoline.

“Electric Vehicles are Zero Emission Vehicles (ZEVs). ZEVs have the ability to produce zero-tailpipe emissions. This helps reduce pollution from motor vehicles, one of the largest contributing sectors to Maryland’s ozone problem. EVs are cheaper to fuel too,” wrote the Department of the Environment.

The state of Maryland also participates in the Zero Emission Vehicles (ZEV) program.

“The ZEV program is part of the California Clean Cars Program that Maryland adopted in 2007. It requires vehicle manufacturers to begin selling an increasing number of ZEVs in the state. Maryland has a goal of having 60,000 ZEVs on the road by 2020, and 300,000 ZEVs on the road by 2025, and our work with the other ZEVs states will help build the market needed to sustain this goal,” wrote the Maryland Department of the Environment.

The new electric charging station in Takoma Park was funded in part by the Maryland Energy Administration (MEA) and EVI.

MEA provided a $786,000 grant from their Alternative Fuel Infrastructure Program which was used to purchase fast-charging stations for locations around the state.

“This EV charging station is another first and only in the country, credits for Maryland,” said Mary Beth Tung, who serves as director of MEA. “Our state’s energy programs are strategically advancing toward 100% clean electricity, which benefits all Marylanders and the environment.”

According to Wade, the new chargers at RS Automotive add to the nearly 600 charging stations in the state.

“EVI is excited to have installed a high-powered, fast-charging system in Takoma Park, as it is a significant step in providing a ‘gas-station’-like charging experience for Maryland EV drivers and commuters in the region,” he said.

“Maryland is proud to be a national leader when it comes to clean and renewable energy, climate change and the promotion of electric infrastructure and vehicles,” said Hogan. “This fully converted, gas-to-electric charging station is a prime example of our administration’s commitment to the environment and transportation.”