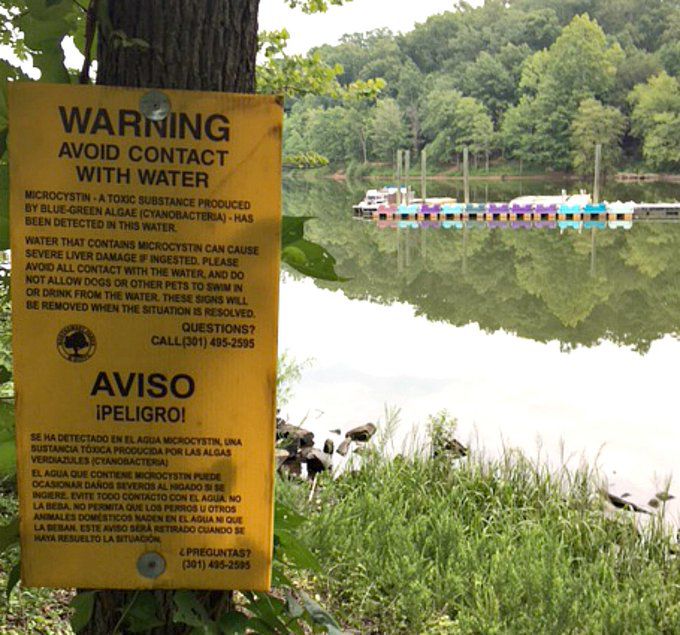 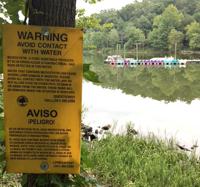 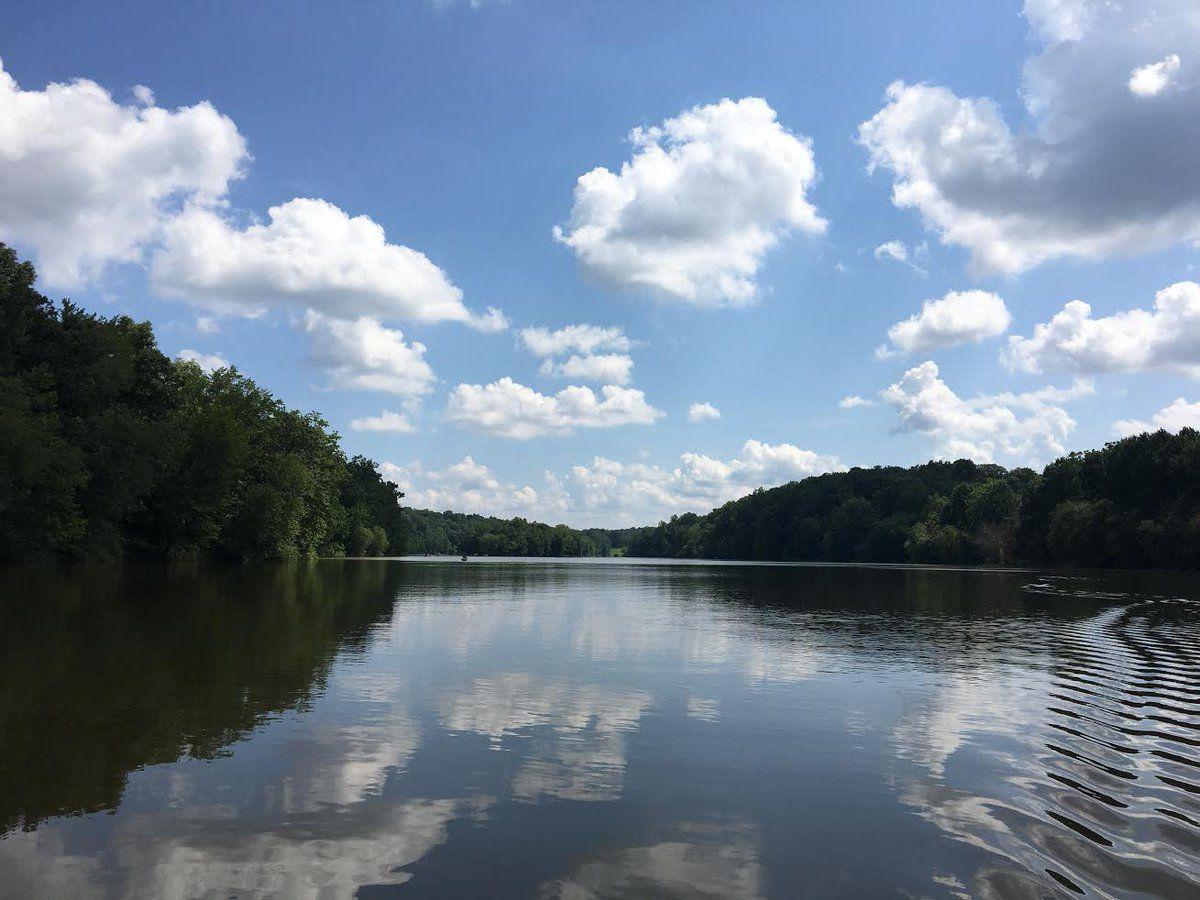 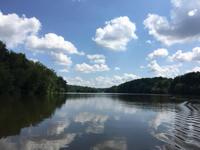 ROCKVILLE – Blue-green algae blooms producing elevated toxins that are poisonous to humans and lethal to dogs have been discovered in Lake Needwood and Lake Frank. Montgomery Parks are posting signs and warning visitors at the two lakes to stay out of the water.

Patrons are advised to wash their hands if they come in contact with the water, and to keep their pets out of it entirely. Boating and fishing activities are still considered safe, but any fish caught in the two lakes should be fully cooked before consumption.

“Our stance has been that if everyone’s following park rules and regulations, no matter what exists out there, there’s no risk to park patrons,” said Matt Harper, natural resource specialist for Montgomery Parks.

The toxin, known as microcystin, is known to cause liver damage in people and kill pets. The New York Times reported dogs in Texas, North Carolina and Georgia dying after exposure to freshwater with similar blooms. In Lake Anna, just north of Richmond, the Virginia Department of Health reported high levels of microcystin and issued swimming advisories in certain areas.

“If you notice anything weird, slimy, gross or unusual floating in the water, it would be better for both you and your pet to stay on dry land,” Dr. Matthew Antkovuiak, a veterinarian at AtlasVet, said to NBC Washington.

The lakes in Rock Creek Regional Park were first tested for microcystin in 2009. In subsequent years, the toxin-producing algae returned again and again.

Montgomery Parks, following World Health Organization (WHO) regulations, reports the discovery of the blue-green algae blooms only if the microcystin in the water passes the threshold of 10 parts per billion, or 1/10 of a gram per liter of water. It is at this threshold that the toxin becomes dangerous to people and animals.

The algae are naturally occurring in the two lakes, and so, a normal part of its ecosystem, but there are a complicated number of factors, said Harper, that contribute to it producing microcystin. Climate change and pollution are two of them.

“The reason we don’t see them until later in the summer is because the water temperature is elevated,” said Harper. “The warmer the weather, the more likely the blooms will occur.”

As summers get hotter each year, the bloom season for algae grows longer. Blue-green algae live only for a couple weeks, said Harper, but when one bloom dies, another will soon replace it as long as conditions are optimal.

“Runoff that comes off people’s yards, fertilizers, streets and rooftops are adding additional nutrients to the lake, excess nutrients,” said Harper. “This is sort of the human input: increased development, lack of stormwater management.”

Montgomery Parks are regulated by the EPA through a National Pollutant Discharge Elimination System permit (NPDES), first issued in 2004, which gives Parks the authority to regulate sources of pollution on the parkland. These regulations and stormwater management practices are not enough to prevent blue-green algae from producing toxins entirely.

“I cannot stress enough that these factors are numerous and unpredictable,” said Harper.

Montgomery Parks are confident that the signs and their recent media campaign will protect patrons of the lakes through the algae bloom. There has been no word of animal deaths or poisoning of humans in the park since the blooms began this summer.

The blooms are expected to die down as we go into cooler fall months, and ultimately stop producing high levels of toxins in mid-fall, based on data from previous years.

“We’ve seen a lot of acknowledgement about this,” said Harper. “There are more questions asking what’s going on in the lake. We’re making sure everybody has all the information and trying to be as transparent as possible.”