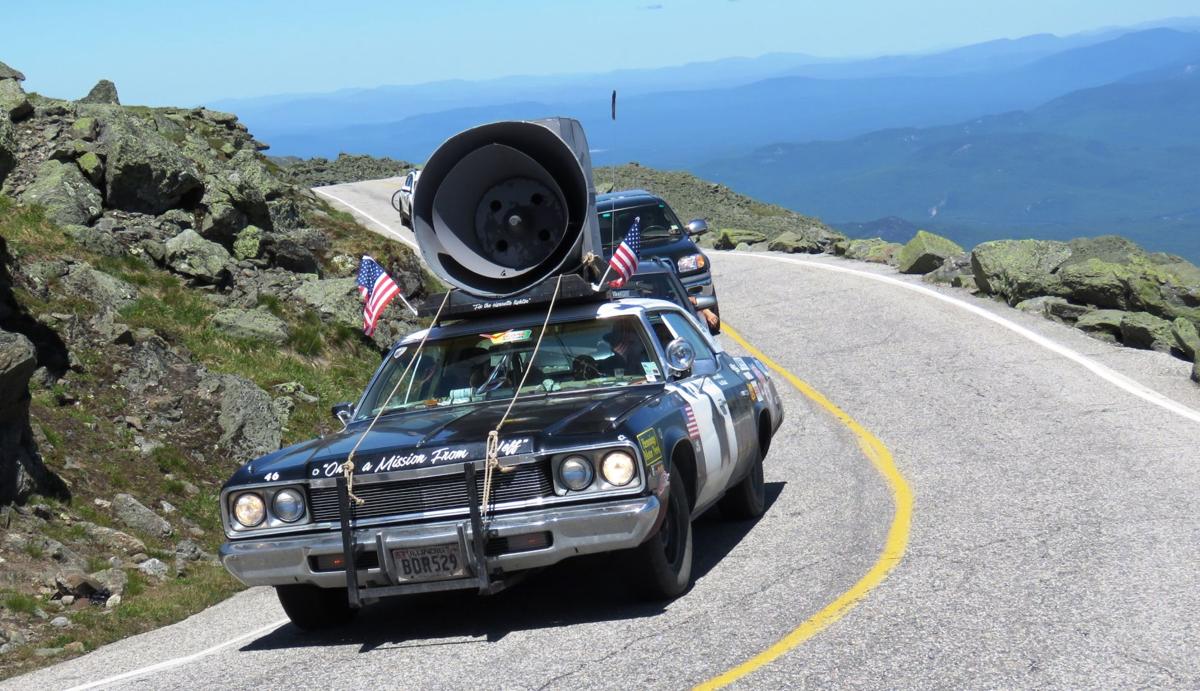 A “Blues Brothers” police car on the Great Race, complete with a megaphone, is an excellent replica of the famous movie car. (Photo by: Llewellyn Toulmin) 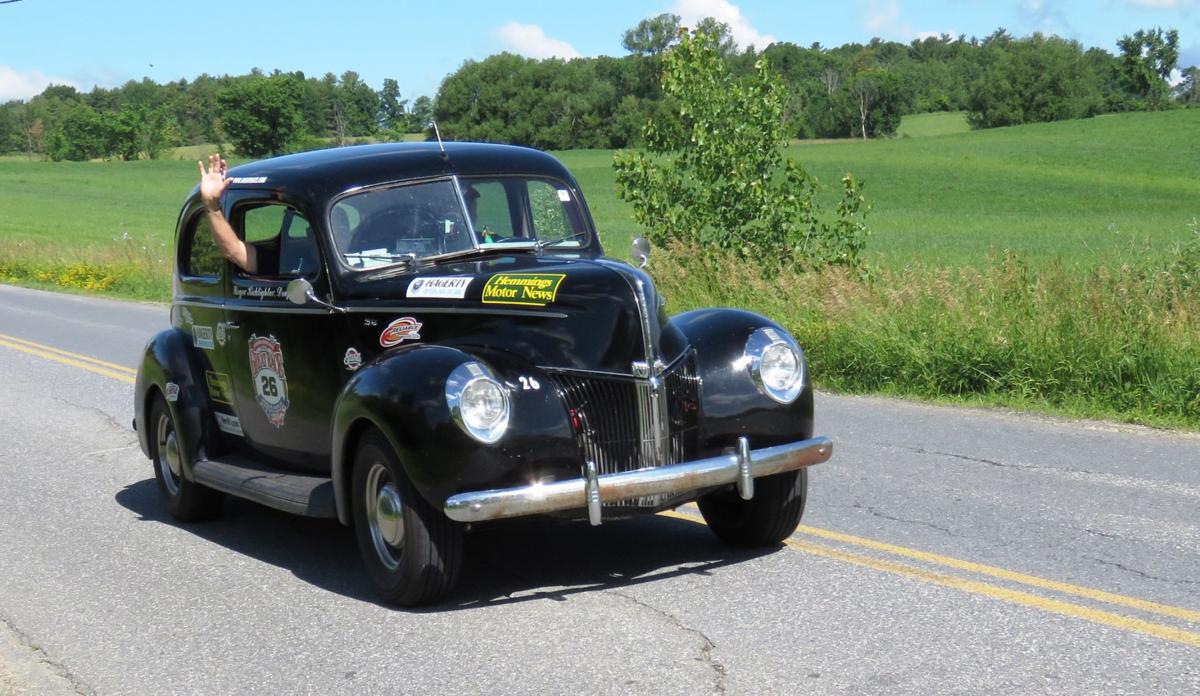 This month, we focus on the 2018 Great Race, probably the coolest motoring and travel adventure you never heard of. Next month we will interview the only Marylander in the 2018 Great Race, and then we will describe the highlight of the event -the scary climb and terrifying descent of Mt. Washington in New Hampshire.

The 2018 Great Race was the 33rd running of the time-speed-distance rally, which ran every year from 1983 to 2007, and then, again, every year since 2011. This year’s race involved 150 gorgeous antique and classic cars, including nine international entries, and was held from June 23 to July 1, from Buffalo, New York to Halifax, Nova Scotia.

The first Great Race was organized by Tom McRae and Norman Miller as a chance for antique cars to rally competitively across different routes around the country, on public roads through beautiful scenery. The Great Race took its name from the famous 1965 Tony Curtis-Natalie Wood-Jack Lemmon movie with the same name.

The concept for Great Racing is simple, but the execution is difficult. A route is laid out ahead of time by Race officials, on back roads with little traffic. The officials calculate the exact time that the “perfect car” should take to follow the route’s hundreds of detailed instructions, such as, “Wait 10 seconds at the stop sign, turn right onto Jones Road, go exactly 22 mph to the first speed-limit sign, then increase speed to 35 mph.”  There are no trick or joke instructions, but each instruction must be followed exactly, and none must be missed; otherwise, the car can end up in the wrong state!  Cars start 30 seconds apart, to avoid bunching up.

No cell phones, GPSs or maps are allowed — only a very accurate speedometer and clock, race instructions and various stopwatches. Stopwatches allow the hard-working navigator to solve the most-difficult problem in Great Racing. That is the fact that the “perfect car” accelerates instantaneously from zero to 22 mph in the instruction above, but a real old car may take many seconds to get up to the set speed.

So, the real car is always behind the “perfect car,” and the navigator must figure out by how much, and direct the driver how to catch up. Great Racers are never supposed to break the speed limit, although this happens sometimes when a team blunders and must catch up before the next secret checkpoint.

This type of rallying is so hard mentally, especially for the navigator, that it usually takes years of practice before a teams become experts. But rookies can have fun by just staying on course and enjoying the two main stops each day, where participants are treated like rock stars. Bands play, local classic cars are displayed and entire towns turn out to enjoy the biggest event of the year. This year in Gardiner, Maine, the governor showed up, and Mayor Thom Harnett said, “I think this is the biggest event we’ve ever had. It’s great!”

Such precise rallying is very popular in Britain, and is called a “regularity” there.  Perhaps the greatest regularity of all was the Around the World in 80 Days Rally in 2000, and next are the Peking to Paris rallies held every four years, organized by the Endurance Rally Association (www.endurorally.com). The next P2P rally will be in July 2019, and is already full up, despite an entry fee per car north of $60,000.

The 2019 Great Race will run from Riverside, California to Tacoma, Washington, but is already full. Register now for 2020!

Lew and Susan Toulmin rallied their 1968 “Bullitt” Mustang in the 2005 Great Race (greatrace.com), participated in regional regularities put on by the North East Rally Club (northeastrallyclub.com), and have covered the Round-the-World, TransAmerica and P2P Rallies.