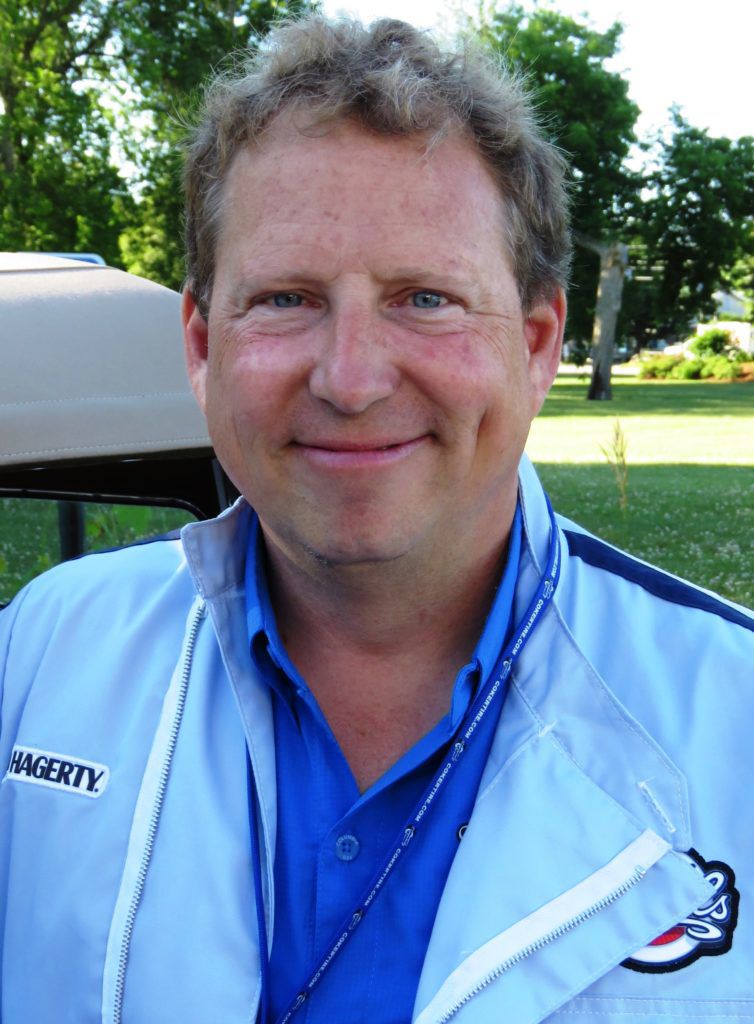 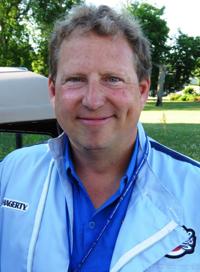 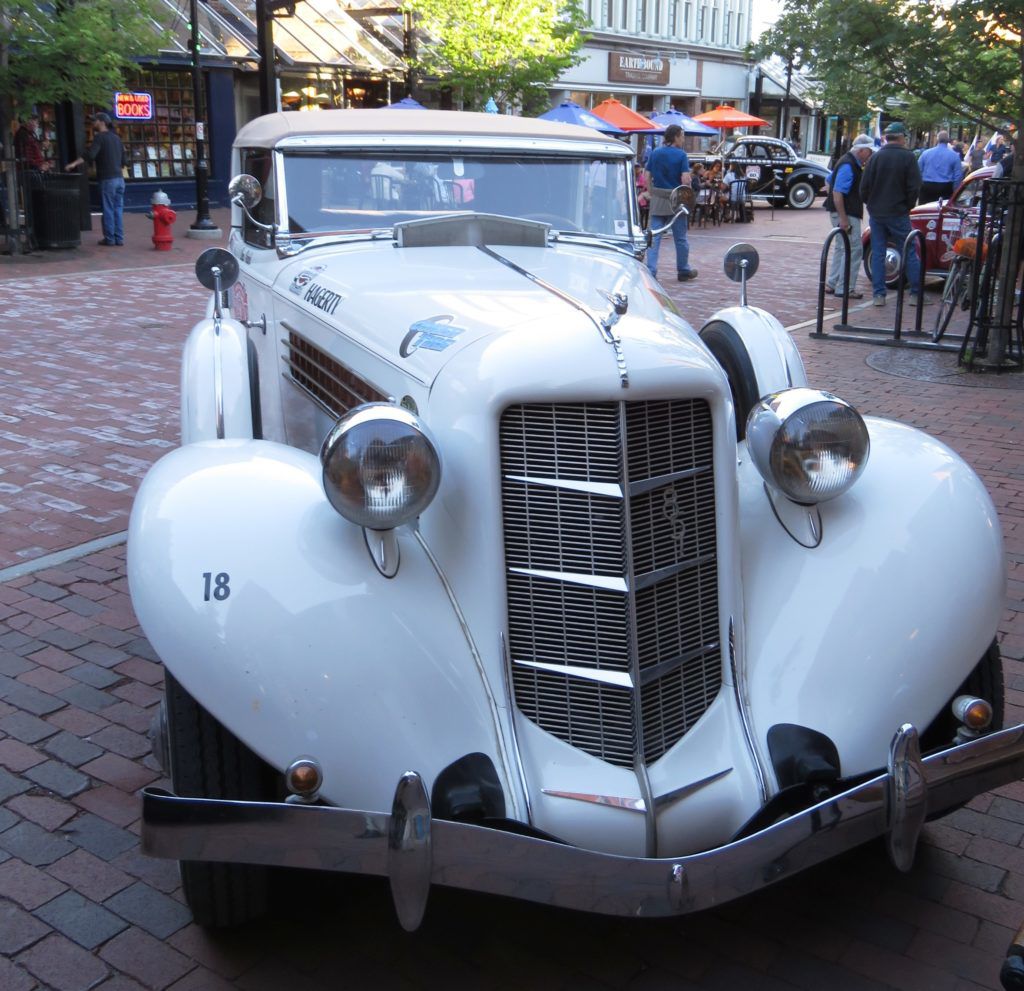 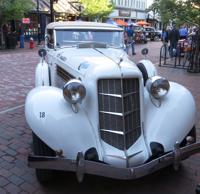 Brad Phillips drove a 1935 Auburn Phaeton in the New Hampshire countryside on the Great Race. The car has a Lycoming flathead, a straight-8 engine and develops 115 horsepower. Photo by Lew Toulmin/The Montgomery Sentinel

Last month, we described the Great Race, the classic car rally run each year across different routes in North America.  Today, we talk with classic car expert Brad Phillips from Salisbury, Maryland, the only Marylander in the 2018 Great Race, which ran from Buffalo, New York to Halifax, Nova Scotia.

Montgomery Sentinel (MS): Brad, how did you got interested in classic cars?

Brad Phillips (BP): “I have loved cars my whole life! My Dad still drives a big block ’67 Corvette, and my first car in high school was a ’65 Mustang Fastback – it was already twenty years old!”

MS: What classic cars have you owned?

MS: Have you restored classic cars?

BP: “Yes, at the moment I am putting my Tiger back together after getting the body repainted. I can handle mechanical things pretty well.  I really don’t try to have Concours cars, I like a car I can take off in and drive anywhere, particularly on long road trips. I think 12 hours in a car is just about perfect.”

MS: What do you do professionally?

MS: How did you first get involved in Great Race-ing?

BP: “I ran as a driver for the Stahl Automotive Museum team this year in a 1935 Auburn Phaeton. We got four Aces (perfect scores) across 2,300 miles of rallying, and ended up in 37th place overall. At one point we were fifth in our class, but it only takes a few seconds to knock you down the list!

“This was the first time my navigator Dan Stahl and I ever raced together, and the first time I’d ever driven this car, so we are very happy. And we didn’t kill the car!”

MS: How scary was driving the narrow road up 6,288-foot-high Mt. Washington?

BP: “I’d driven up Mt. Washington before, so I knew what to expect. The brakes on the Auburn were good, but what I didn’t expect was that it wouldn’t hold low gear without ‘popping out,’ which I discovered in the first ten feet of the serious downgrade.

“By using a combination of first and second gear we were able to make it down safely, although the brakes got squeaky.  We went down faster than we went up, but it was fine.”

MS: Did you switch around driver/navigator during the Race?

BP: “No. It would be unusual for a driver and navigator to swap seats in the middle of a Great Race since the skills are quite different. Both seats involve a LOT of focus – the driver is making sure the speeds are totally exact no matter the road conditions, executing starts, stops, and turns with the kind of repeatable precision you need to place well.

“The navigator is constantly working the stopwatch, calling out directional instructions, and helping straighten things out time-wise if there is an issue, like a farm tractor parked in the road. That happens a lot.”

MS: Any challenges in this Great Race?

BP: “Lord, yes! The first day the steering on the car had been left “loose” after a steering box rebuild earlier in the year, which meant that every time we decelerated down to 20 mph the entire front end of the car would attempt to shake itself to pieces. That got fixed in the parking lot of the hotel after the second day of rallying.

“We had terrifying monsoon-like rain in New York and Maine, and the water came in like a waterfall, even with our convertible top up.  The weak suspension caused us to boom over everything, and even cracked our windshield!

“On one of the last days we pulled over to let the radiator cool down on a long upgrade, but after adding water we were on our way. That took us out of position that day, but that’s better than having to rebuild a Lycoming straight eight!”

MS:  Have you ever considered a foreign rally?

BP: “I’d love to do that. I was a passenger preparing for the London to Brighton Run last year in a 1903 Packard, but the engine blew up just before the start.  I may be in the Mille Miglia in Italy, the Carrera Panamericana in Mexico would be epic, and a friend runs a race from Paris to Peking.

“I’ve been asked to drive for the Stahl team next year in the 2019 Great Race, but if we run the Auburn again I want to put on a supercharger and some Koni adjustable shocks!”

Lew and Susan Toulmin rallied in the 2005 Great Race from Washington, DC to Tacoma, Washington.