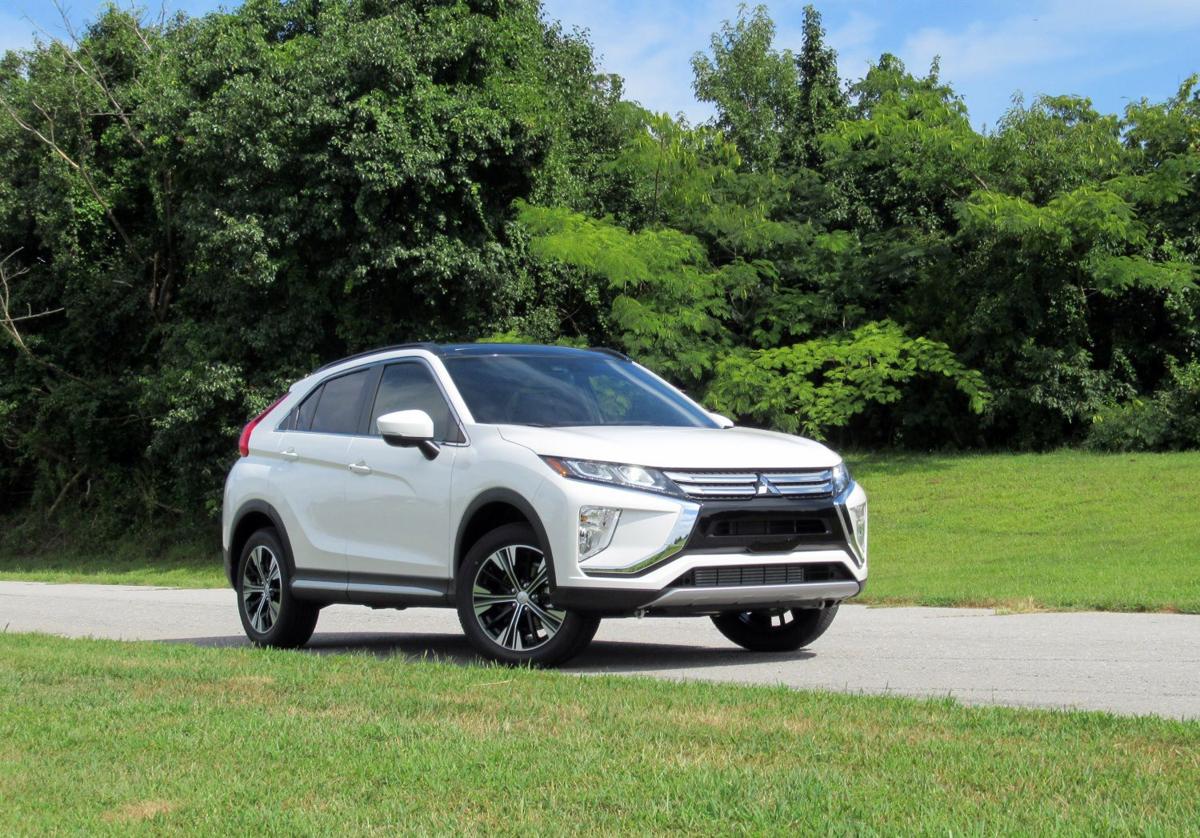 The 2019 Mitsubishi Eclipse Cross takes an old sports coupe’s name and applies it to a mediocre subcompact crossover. (Courtesy photo) 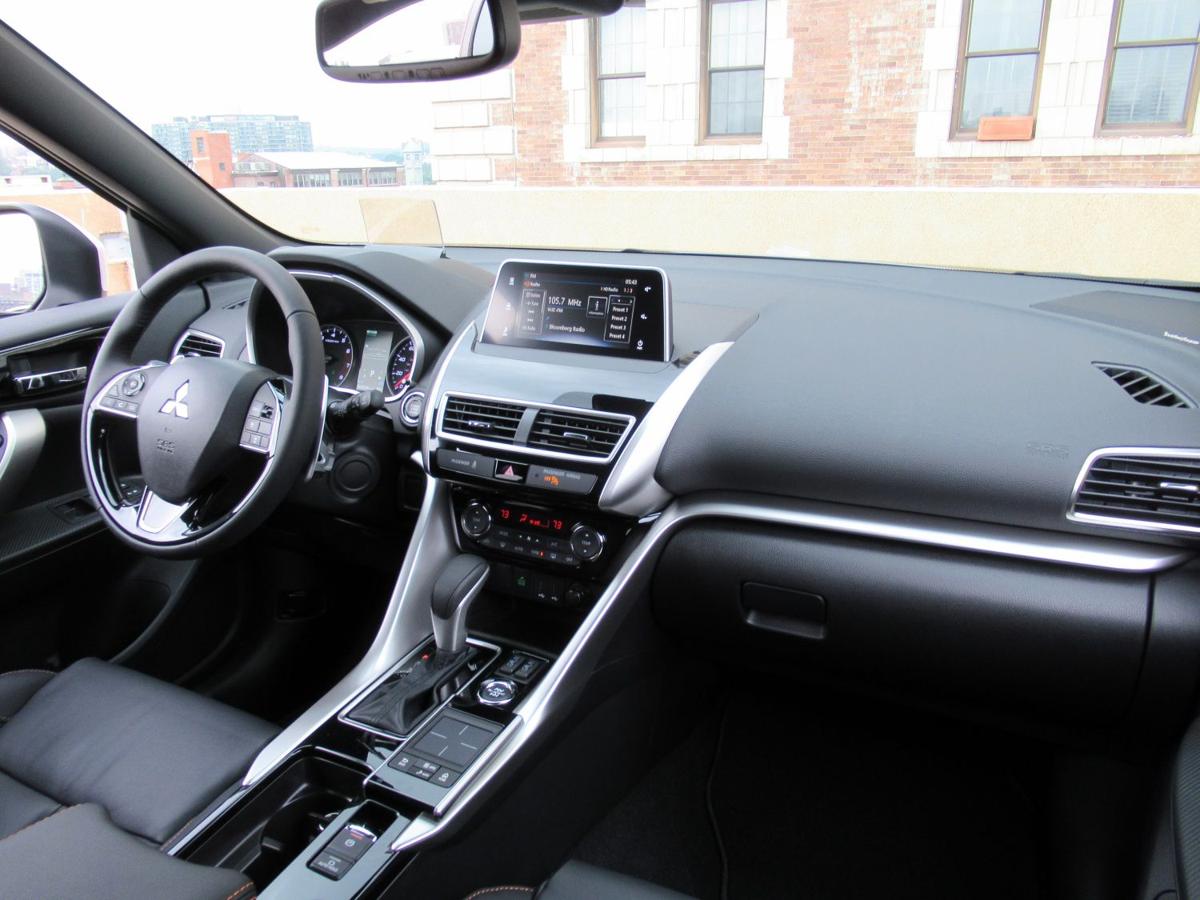 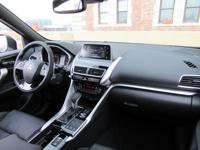 The 2019 Mitsubishi Eclipse Cross has a more upscale interior design than most small crossovers, though its controls are more difficult to operate. (Courtesy photo) 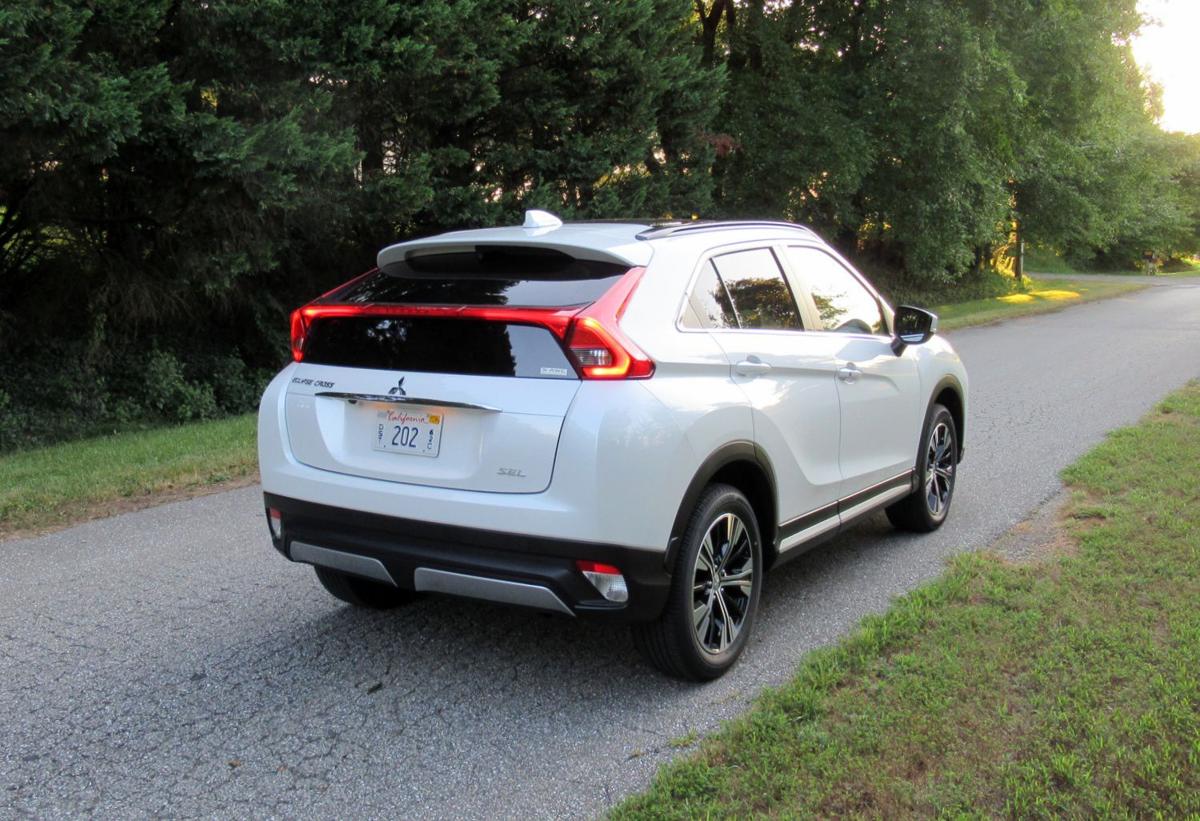 The 2019 Mitsubishi Eclipse Cross recalls a Pontiac Aztek for its split-windshield rear end, but some buyers will appreciate that it looks anything but generic. (Courtesy photo)

The 2019 Mitsubishi Eclipse Cross takes an old sports coupe’s name and applies it to a mediocre subcompact crossover. (Courtesy photo)

The 2019 Mitsubishi Eclipse Cross has a more upscale interior design than most small crossovers, though its controls are more difficult to operate. (Courtesy photo)

The 2019 Mitsubishi Eclipse Cross recalls a Pontiac Aztek for its split-windshield rear end, but some buyers will appreciate that it looks anything but generic. (Courtesy photo)

In a way, the evolution of the Mitsubishi Eclipse is a sign of the automotive times.

At its 1990s heyday, the Eclipse was a popular sporty car — a low, light, three-door hatchback that enjoyed extensive screen time in the original “The Fast and the Furious” film.

But when Mitsubishi reintroduced the name last year, the new “Eclipse Cross” was a crossover SUV. Granted, it brought flashy styling and a turbocharged engine, but the divisive move split Mitsubishi’s fans into two camps: Either the name change was outrageous, or Mitsubishi has savvily realized that everyone wants an SUV and anyone complaining is living in the past.

It is a potentially intriguing debate, but it obscures a more significant truth: The Eclipse Cross just is not all that good.

Slotted in size between the subcompact and compact crossover classes, the 2019 Eclipse Cross is bigger than models like the Honda HR-V and Ford EcoSport, but smaller than the Honda CR-V or Ford Escape.

Mitsubishi pitches the Eclipse Cross as an upscale model, sized similarly to its aging Outlander Sport but featuring a flashier design and an impressively upscale dashboard design for a subcompact crossover.

But getting things off to a bad start, the Eclipse Cross is priced in line with larger compact models rather than subcompact ones, starting at $24,690. It is sometimes pitched as a “value-priced” alternative to the class leaders, but we checked the numbers, and it does not have an advantage.

Also, you cannot get the latest advanced safety features — which are standard equipment on some competitors — until you get a fully loaded model costing well north of $30,000 like our test car. The price will drop a bit for the 2020 model year, and Mitsubishi is making most safety features available at slightly lower prices, but that does not fully solve the issue. Above-average warranty coverage makes some difference, too, except against the Korean Hyundai and Kia brands.

Further hurting the Eclipse Cross’ value is its low fuel economy. Its 1.5-liter 152-horsepower four-cylinder engine is small but not thrifty, achieving EPA ratings of just 25 to 27 mpg in mixed driving (depending on the trim level you choose, and whether you pick front-wheel-drive or all-wheel-drive).

In EPA testing, the Eclipse Cross proved decently competitive in city driving, but it didn’t improve much on the highway, which is unusual. Our tested, all-wheel-drive model averaged 25 mpg in mixed driving during a weeklong test — worse than many larger, more-powerful crossovers. The engine is neither particularly powerful nor very quiet, either, and the vehicle stands out neither for a smooth ride nor fun, agile handling.

Unlike some small crossovers, the Eclipse Cross does give you an SUV-like seating position; some competitors feel no higher off the ground than ordinary cars. And passenger and cargo volume is better than most subcompact crossovers, with an adult-friendly rear seat and acceptable cargo space.

But again, it is priced more like a compact crossover than a subcompact one, and you will instantly feel the pinch of the Eclipse Cross’s cargo space compared to the Honda CR-V or its ilk. So it is no surprise that the Eclipse Cross sells at a fraction of the competition’s volume, and even trails other Mitsubishis in the United States.

Mitsubishi does put some dazzle into the Eclipse Cross. The heavily chromed grinning face will turn heads, and the rakish silhouette — while reminiscent of the much-derided Pontiac Aztek — also stands out in a crowd. The interior design, too, is more upscale than the small crossover norm, though at the expense of user-friendly controls. If you are drawn in by the looks, or the famous Eclipse name, and do not mind the areas where this vehicle trails the competition, it could serve you very well.

But if you compare it to similarly priced compact crossovers, the Eclipse Cross comes up sorely short for its spaciousness and fuel efficiency. And against subcompact models, it feels more upscale and has above-average interior space, but it tends to cost more than most of these vehicles too.

Some stronger alternatives exist. None beats the Eclipse Cross in every way, but most buyers will likely find a more appealing overall package.

If you are looking for an eye-catching and fun-to-drive subcompact crossover, the Hyundai Kona is a standout for its zesty, yet fuel-efficient engine and its sharp handling — and it costs thousands less than the Eclipse Cross. But you sit lower than in the Mitsubishi, the rear seat is not as roomy and the dashboard design is a little plainer.

For more room at a lower price than the Eclipse Cross, the Hyundai Tucson and Kia Sportage are mechanical twins that are thoroughly pleasant, well-built and inoffensive. And, like the Mitsubishi, they are less bulky than the average compact crossover. The main downside: gas mileage is even less competitive than that of the Eclipse Cross.

Also shop the Eclipse Cross against leading compacts like the Honda CR-V, Nissan Rogue, Mazda CX-5 and Subaru Forester. Even if you spend a little more, you get a better package, and sometimes you don’t even have to spend more.

Lastly, Mitsubishi fans can get similar spaciousness for less money from the Outlander Sport. It has changed little since 2011 and was never a true standout, but aside from dated decor, it does not give up that much to the Eclipse Cross. That’s probably why it sells at nearly twice the volume of its much newer sibling.