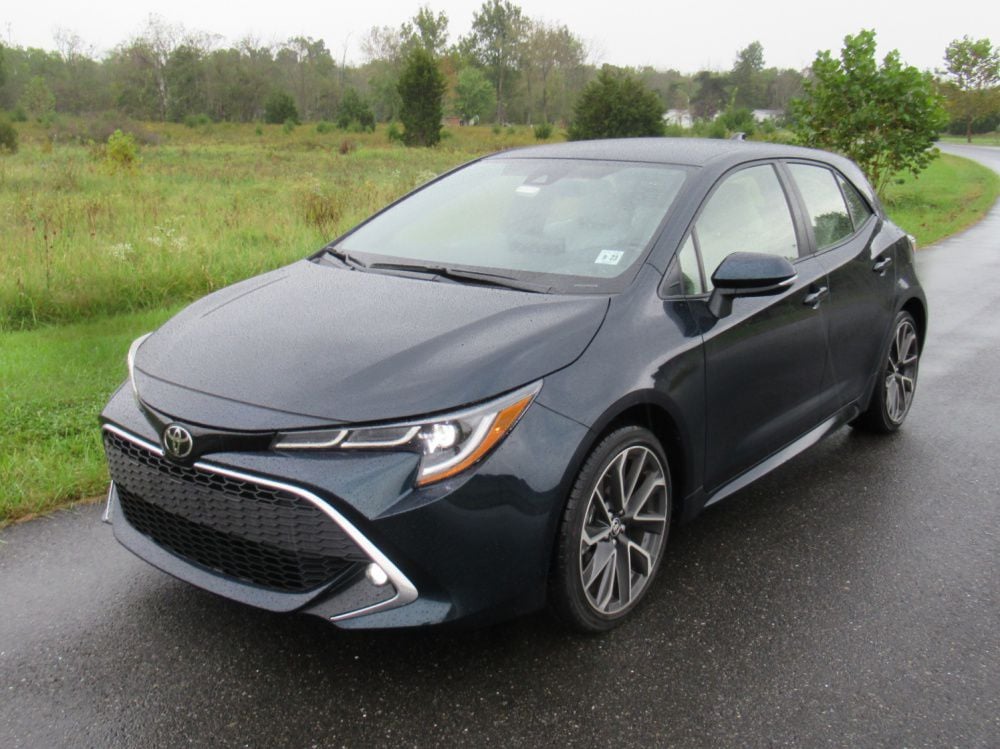 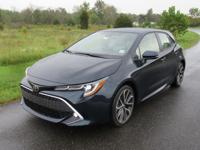 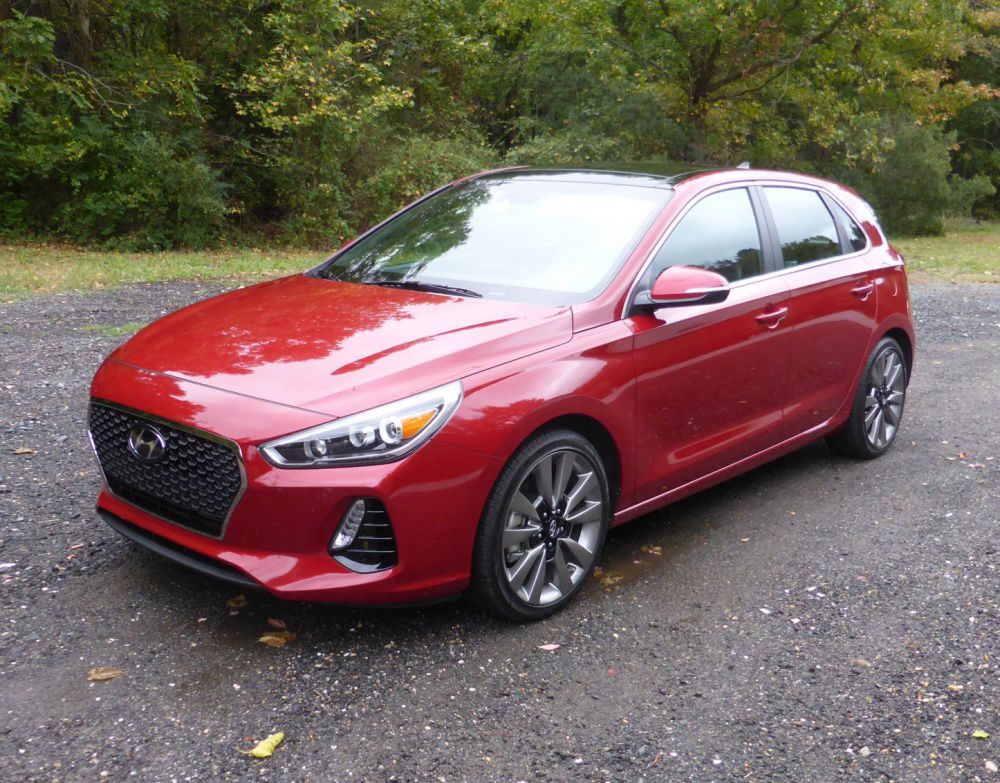 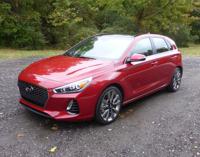 Are you interested in a small car with a low price and a spacious back seat, and don’t care much about a fancy interior, the latest smartphone integration features or a sporty driving experience?

If so, the 2019 Toyota Corolla sedan is one of the options you’ll want to consider.

And if you want the opposite? Shop the 2019 Toyota Corolla hatchback.

Although they share the same name, the Corolla sedan and hatchback have no further similarities. The sedan dates to the 2014 model year and is most popular within North America. The hatch, meanwhile, is an all-new vehicle that’s designed for the many world markets in which hatchbacks are favored over sedans. It offers a more-contemporary, well-finished interior, more power, and superior handling over the Corolla sedan — which is due to receive many of the same upgrades for the 2020 model year.

However, the new Corolla hatchback is also more expensive than the sedan, and its tight rear legroom makes it a less appealing family car or rideshare vehicle.

The Corolla hatchback replaces last year’s Corolla iM (previously called the Scion iM), which had also been designed for the European market but which was showing its age and suffered from weak acceleration. The 2019 Corolla hatchback features a stronger 168-horsepower 2.0-liter four-cylinder engine, up about 30 horsepower from the old Corolla iM or the current Corolla sedan.

Impressively, the 2019 Corolla hatchback also returns phenomenal fuel efficiency: up to 36 mpg in mixed driving. And it does so without the added complexity of turbochargers, which are used in key competitors like the Honda Civic, Chevrolet Cruze and Volkswagen Golf.

The upgraded dashboard offers well-executed minimalism: just a central 8-inch touchscreen flanked by some buttons and knobs, with a few climate controls below. Materials are high-quality, and the look is modern — two big upgrades over today’s Corolla sedan and the Corolla iM. The 2019 Corolla hatchback also features brighter screen graphics and Apple CarPlay (but not Android Auto) smartphone integration.

Toyota positions the Corolla hatchback as a sporty car, with dramatic styling, lots of flashy cosmetic bits and a widely available manual transmission. But while it’s more composed and powerful than before, it’s still neither as quick nor as nimble as class leaders like the Mazda3 and Honda Civic.

Moreover, the Corolla’s sporty styling cuts into its cargo space — there’s a high cargo floor below and a sloped roof above. There’s not enough room to fold down the rear seat without moving the front seats forward or removing the rear head restraints. And as noted, the rear seat itself has little leg room for adults.

Corolla hatchback prices start at $21,305 – about $1,300 more than the base Corolla sedan. But most buyers will add another $800 for the automatic transmission, which is optional on the hatchback but standard on the sedan. And the more widely available sedan enjoys steeper discounts off the sticker price than the hatch.

Excellent fuel economy, two free years of scheduled maintenance and a long list of standard safety features keep the Corolla hatchback from being a terrible value, but it’s still more expensive to purchase than several competitors — though not the Civic or Golf.

The Golf is one of the best-selling cars worldwide. Buyers in Europe and elsewhere flock to the Golf’s agile handling, quiet ride, and sensible styling. Indeed, the boxy Golf has a strikingly different silhouette from the sleek, low-slung Corolla (or another key competitor, the aggressively detailed Honda Civic).

Like other Volkswagens, the Golf’s interior is classically austere rather than modern and showy, even as most materials remain above the typical grade of an economy car. A 2018 update brought a larger 8-inch touchscreen infotainment system on the tested SE model.

The Golf’s boxiness also ensures that it’s more useful than sport-themed hatchbacks like the Corolla, squeezing more cargo room into a smaller footprint. In another clever useful touch, Volkswagen offers plastic blocks that attach with Velcro to the floor — letting you fence in your items so they can’t slide around the whole cargo hold. A Golf SportWagen station wagon is also available for buyers who want more cargo room.

Zippy acceleration and lively handling responses make the Golf endearing to drive as well as useful. For 2019, most Golf models will trade the 2018’s 1.8-liter 170-horsepower turbocharged four-cylinder engine for a 1.4-liter turbo with 147 horsepower. While acceleration will slip a bit, Volkswagen is correcting the current Golf’s poor fuel economy: just 28 miles per gallon in mixed driving. The 2019 with the smaller engine will jump to a more- competitive 32 mpg, and power junkies can still upgrade to the Golf’s higher-performance GTI and R variants.

The Golf will remain one of the pricier compact cars you can buy, with prices starting at $22,740 and fewer discounts available than on several competitors. But it’s a subtle car that goes about its business with the confidence of an Audi, just minus the dazzle of luxury.

Another recently tested compact hatchback offers a taste of Europe at lower prices than the Golf or Corolla. That’s the Hyundai Elantra GT, which is sold internationally as the Hyundai i30 and shares few visible components with the Elantra sedan that’s popular with Americans.

Like the Golf, it has restrained styling and a high-quality interior, and it’s roomier and more functional than the Corolla. But at least for 2018 (2019 pricing remains unavailable), Hyundai restricts the best safety technology for a fully loaded model that approaches $30,000. And fuel economy is poor for a compact car at 25 to 28 mpg, depending on the engine and transmission.

The Elantra GT does offer a powerful 201-horsepower turbocharged engine at the same price as many less-zippy cars, but it doesn’t have the same ride quality or agility as the best competitors.

The good news: The Elantra GT typically sells at bigger discounts from its sticker price than the Golf, Civic, Corolla or Mazda3. If you can find a great deal on one and don’t demand the best safety features (or are willing to get a fully loaded car to get them), give it a look. Sticker prices start at $20,235.