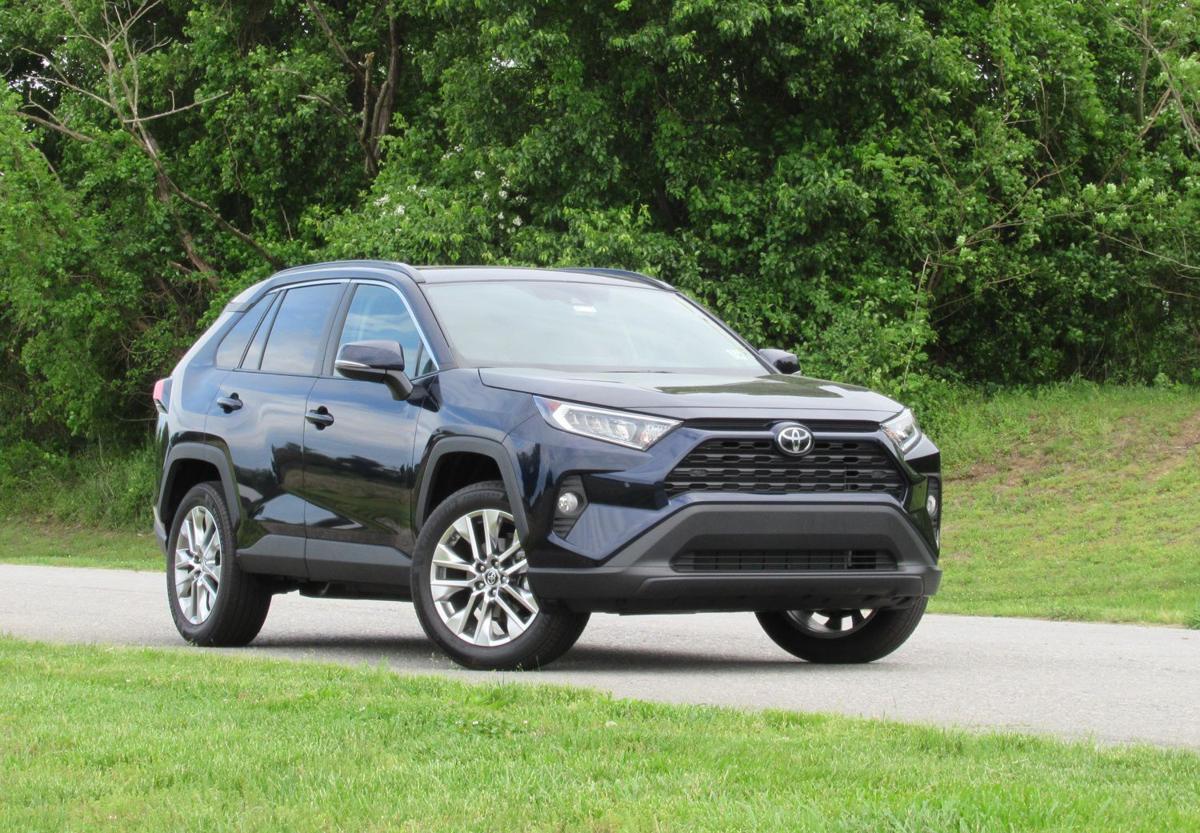 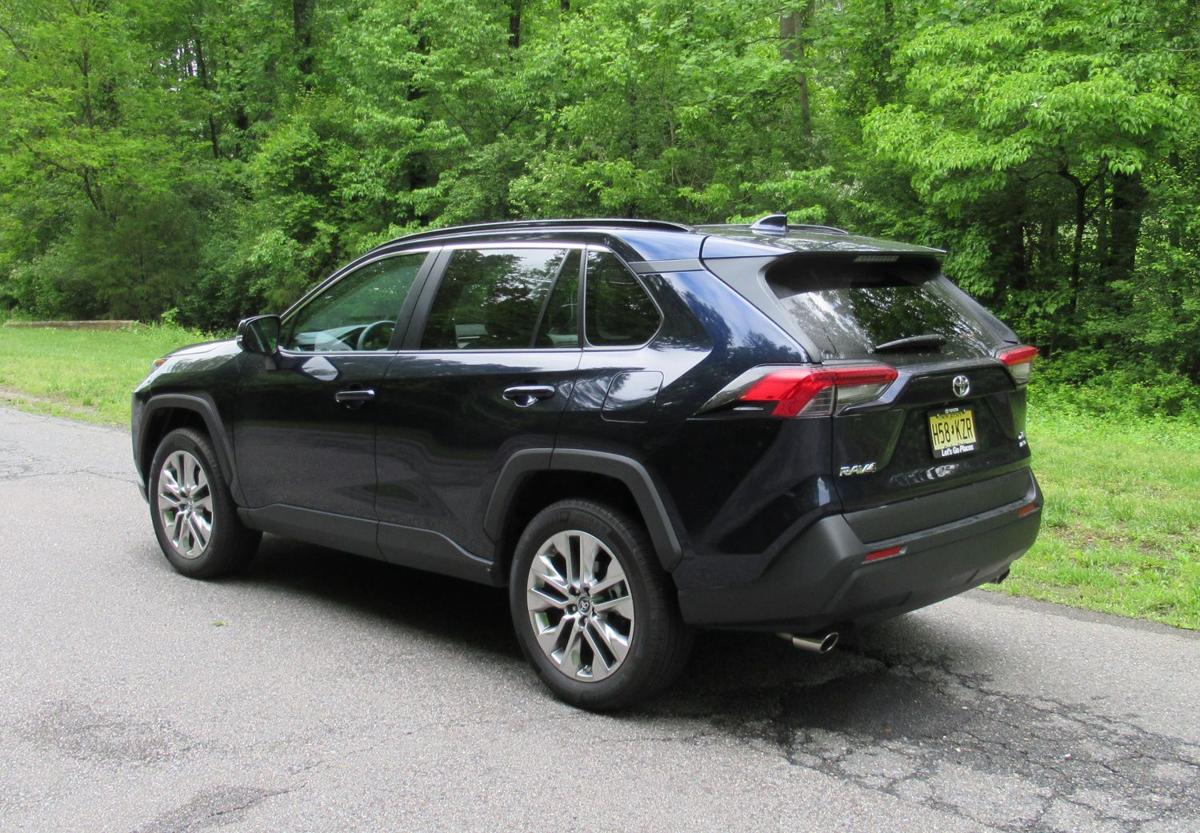 For decades, the Toyota Camry midsize sedan stood at the top of the company’s best-seller list. It was famous for its spaciousness and quiet, refined comfort — though not for having tons of personality.

The RAV4 first appeared back in 1996 as a spunky little vehicle with relatively hardy off-road capability and limited interior volume. Over the years, Toyota dialed back its personality in a successful pursuit of higher sales, sacrificing its aggressively chunky styling, off-road capability and pint-sized dimensions in favor of a spacious interior and quiet ride.

Now newly redesigned, the 2019 Toyota RAV4 is adopting an even more-ambitious approach: balancing the everyday needs for roominess, comfort and fuel economy with a dash of the old RAV4’s personality.

That is a tall order, but the new RAV4 puts forward a commendable effort. At the same time, some competitors edge out the RAV4 in a couple of notable ways.

Even at its first glance, it is clear that Toyota completed a new redesign for the RAV4. Last year’s model wore a quasi-sporty front end, with a skinny little grille between slim headlights.

The new 2019 has a more rectangular SUV-like face, closer to the iconic Toyota 4Runner than a taller Corolla. If you have felt that most of today’s small crossovers looked too much like light-duty cars, the new RAV4 might be more to your tastes.

Toyota continues the tougher-looking touches on the interior, where swirl-patterned rubber adorns the door pulls and dashboard knobs. While they are more of an aesthetic decision than a functional one, these small touches create a more rugged feel to the vehicle. You can also opt for the Adventure model, which dresses things up further with bright two-tone accents.

Other interior upgrades include a modernized dashboard design with a more extensive and higher-resolution infotainment touchscreen, which now supports Apple CarPlay smartphone integration (though still not the equivalent Android Auto for Google-based phones).

Mechanically, Toyota switched to a new engine with much better fuel economy. Most of the RAV4’s trim levels now achieve EPA ratings of 30 miles per gallon in mixed driving with front-wheel-drive and 28 mpg with all-wheel-drive, some of the best figures in the class. For even thriftier driving, the gas-electric RAV4 Hybrid improves from 32 mpg to 40 mpg, which is truly phenomenal for a roomy crossover.

We tested the gas-only model (we’ll try out a hybrid this summer), which shares its 2.5-liter 203-horsepower four-cylinder engine with the Camry.

That is a powerful engine for the compact crossover class, but the RAV4 does not feel speedy. Instead, the engine gets loud quickly when you accelerate, making it seem overworked. Journalists who have tested the RAV4 on a racetrack confirm that it is less peppy than key competitors like the Honda CR-V, which is quieter and just as fuel-efficient.

The CR-V also delivers a slightly sportier on-road ride and handling than the RAV4. But the Toyota has improved dramatically for 2019, replacing the old RAV4’s disconnected-feeling steering with quicker and more natural responses. Even as the RAV4 became more nimble, it continues to have a comfortable ride.

Although the RAV4 will not likely topple a Jeep Cherokee as the best-in-class, off-road-ready compact crossover, Toyota doesn’t want you to think it was engineered only for running errands. All-wheel-drive RAV4s include selectable driving modes for any condition, including mud and sand, rocks and dirt and snow. It also contains the on-road-focused “eco,” “normal” and “sport” settings. An extra-hardy TRD Off-Road model is due within a few months as well.

Probably more importantly, in everyday use, the RAV4 trumps the Cherokee and most other competitors with its above-average passenger and cargo space. There’s a little less total cargo room than last year’s RAV4, but the rear seat is now easier to fold down.

The RAV4 starts from $26,745, which is on the high side for the compact crossover class, especially given that several competitors typically have steeper discounts off the sticker price.

Toyota does have lots of standard safety features that cost extra on many competitors, plus two years or 25,000 miles of free scheduled maintenance. But budget-seekers might prefer the slightly smaller and less fuel-efficient Hyundai Tucson and Kia Sportage, or the Nissan Rogue, which is spacious and efficient but has a dated dashboard design.

Other class leaders include the polished Honda CR-V and the comfortable but less fancy Subaru Forester, which also tends to cost a little less than a comparably equipped RAV4. The new RAV4’s noisy engine may leave it behind these two models on paper.

But if quietness and power are not your biggest concerns, the RAV4 is a worthy crossover to consider, especially if you appreciate its comparatively rugged aesthetics.