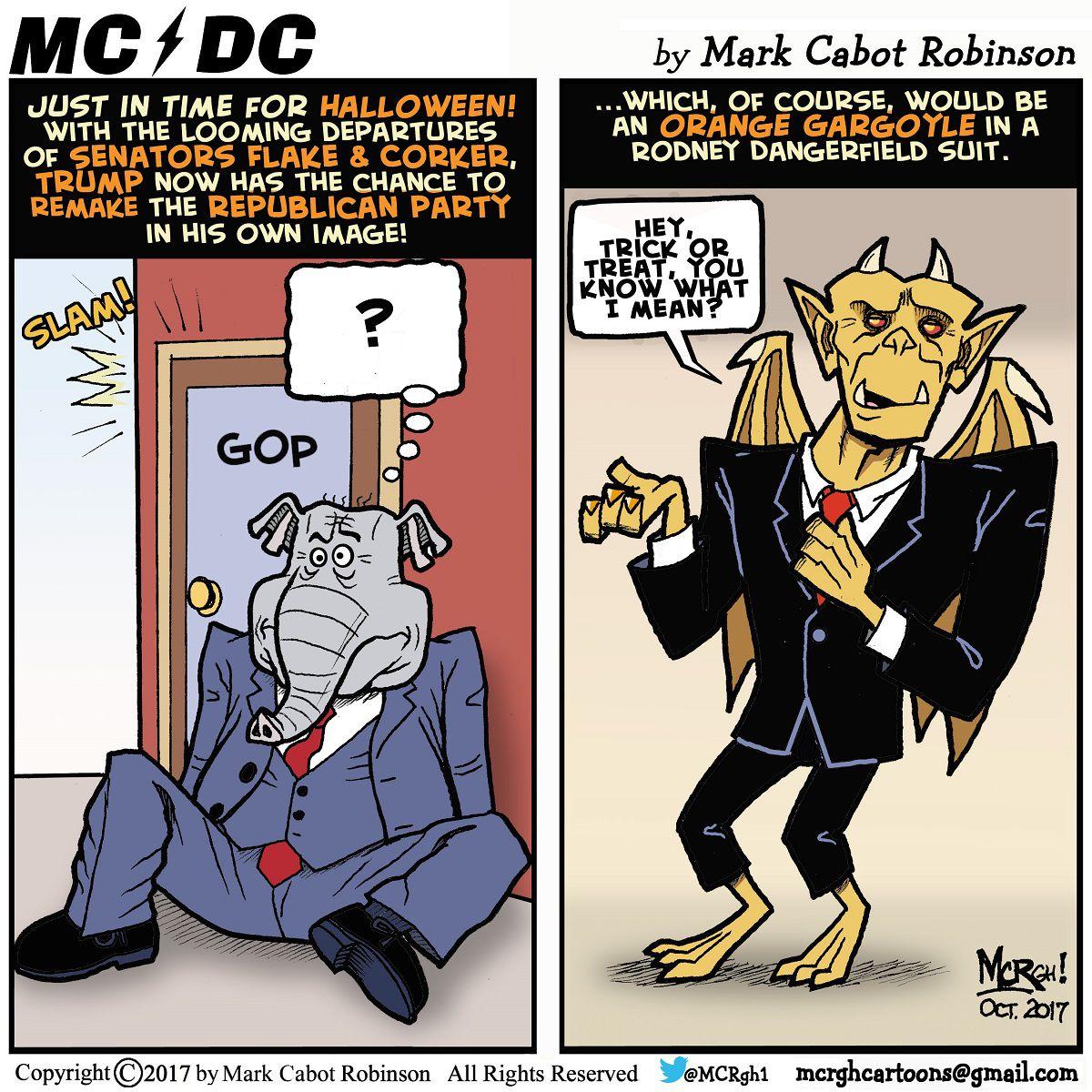 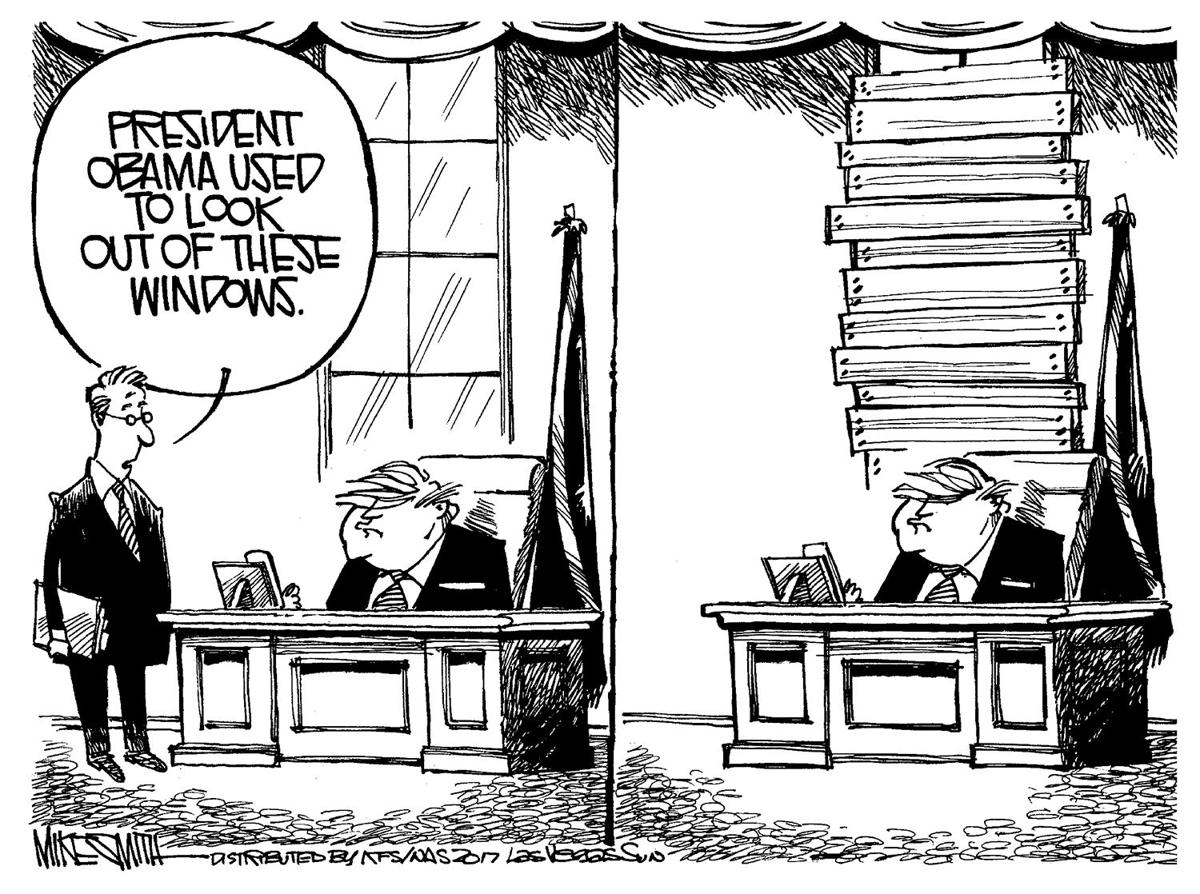 The GOP continued its progressive ways with Teddy Roosevelt as the party entered its early and rambunctious teen years. Teddy was – in today’s terms – not business friendly.

He engaged in trust busting, was accused of being a “Damned Cowboy” and a demagogue. A self-made man, he was accused of worshipping his maker, but became a champion of the middle-class and rugged individualism.

The GOP, as it entered adulthood, sold itself out to business interests and became rocked by scandal when Warren G. Harding – often thought to be one of the worst presidents in history – became embroiled in the Teapot Dome Scandal.

It teetered back to respectability – but still gave up its progressive roots for a more conservative adulthood. Much like the aging boomers of today, the GOP gained strength in its middle age with stalwarts like Ike Eisenhower – a progressive by today’s standards, but still a moderate or conservative judged by any other time in history.

But that was the last hurrah. The GOP on the national front began to show signs of dementia with the election of Tricky Dick Nixon – the resulting scandal of Watergate along with the secret plan to win the war in Vietnam, Nixon’s “Enemies List”, the obstruction of justice, the racism and Nixon’s war on the press served to push the GOP in its dotage toward the right. Far from its progressive childhood, the GOP became with Nixon the political equivalent of the senile old man shouting “You kids get off my lawn!”

The following Reagan revolution cemented the GOP’s gallop toward being a brittle-right wing tent of conspiracy minded science-denying purveyors of “alternate facts.” Donald Trump is his direct political offspring. Increased gerrymandering, denigrated by the Great Communicator actually grew under Reagan. The political equivalent of heroin, it insured that to be elected as Republican, candidates would only have success by courting the extremes of the party. (Democrats are heroin addicts too, but that’s another story). To unseat an incumbent you had to prove to be farther to the right than the current occupant of the office you desired. The GOP became a party on life support.

As the Democrats have been on life support for the last 30 years, no one noticed the collapse of the GOP. Senator Mitch McConnell was one of the symptoms that should’ve been noticed.

He is a kidney-stone of a senator, or more accurately a potentially fatal blockage of bloated fat in the heart of American politics who caused the heart attack which led to the 2016 election results – and the ultimate death of the GOP as we’ve known it.

Senators Jeff Flake and Bob Corker – not moderates by any standard – but men who believe in civil discourse, along with Senator John McCain served as high profile pallbearers at the GOP funeral.

“We must never regard as ‘normal’ the regular and casual undermining of our democratic norms and ideals. We must never meekly accept the daily sundering of our country — the personal attacks, the threats against principles, freedoms, and institutions; the flagrant disregard for truth or decency, the reckless provocations, most often for the pettiest and most personal reasons, reasons having nothing whatsoever to do with the fortunes of the people that we have all been elected to serve.

“None of these appalling features of our current politics should ever be regarded as normal,” Flake said at the GOP’s eulogy.

Of course it must be noted the GOP still lives on in name – as a wholly owned subsidiary of the Trump Brand. Infused with the particular DNA from the blood of its new architect the new GOP is a hybrid zombie of extremists and the party has now been forged by division and dedicated to the proposition that all men are created equal, but some men are more equal than others.

This new GOP threatens to be so extreme Jeff Flake – who opposed a woman’s right to chose – would be a moderate. But the new GOP has no moderates.

They are well-financed ghouls preying on the populace with menace and aplomb – eager to make the rest of us take it their way.

Rumor has it The Donald will even pick a new symbol to replace the elephant for the GOP: A gargoyle in a Rodney Dangerfield suit.