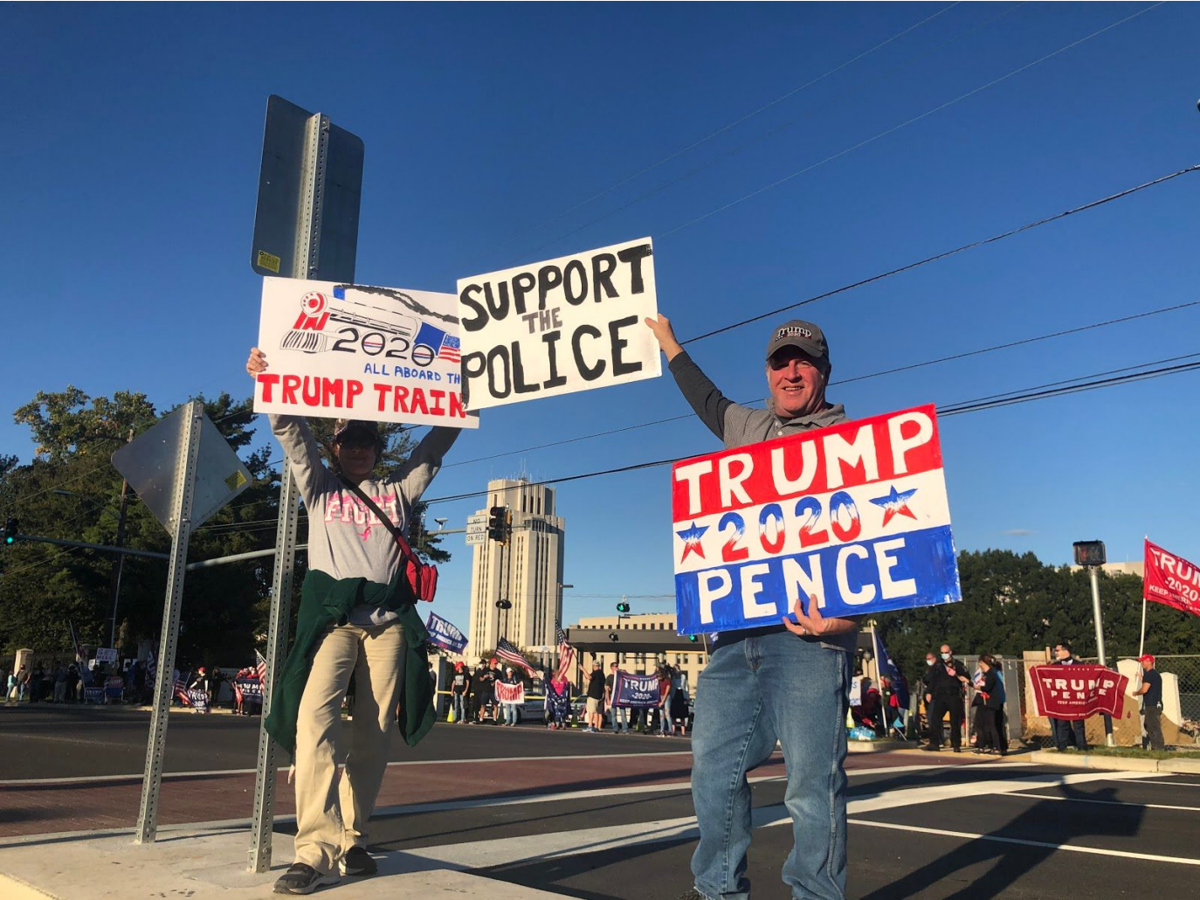 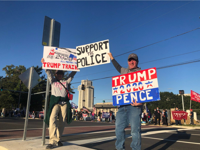 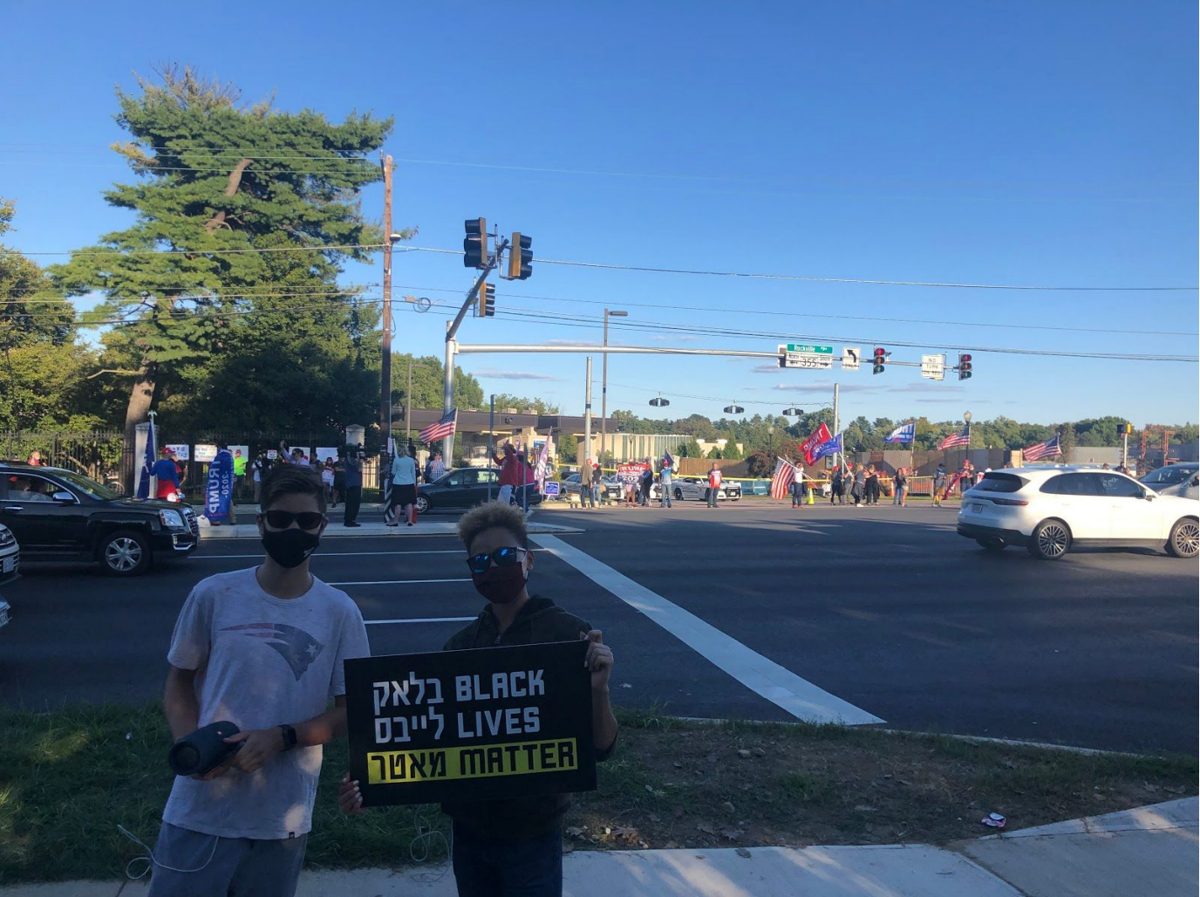 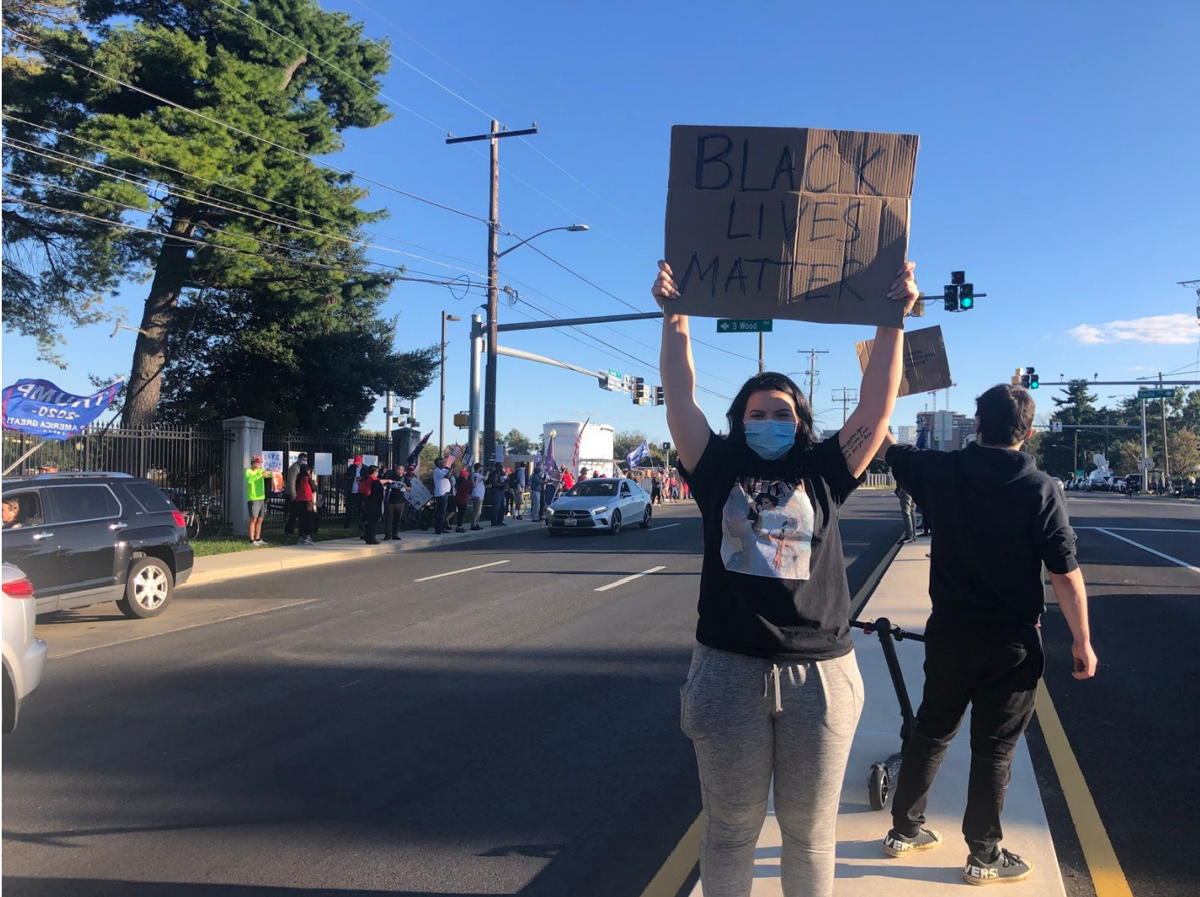 On Friday, October 2, President Donald Trump announced via Twitter that both he and the first lady had tested positive for the coronavirus. Later that same day, he was abruptly transferred to Walter Reed National Military Medical Center where he spent the weekend and received various treatments pending his recovery. While the nation was filled with uncertainty regarding the president’s condition and the state of the upcoming presidential election, what the media was most focused on was the sea of red hats and flags outside of Walter Reed. What would usually be an empty highway scattered with occasional commuters was now flooded with an expansive number of Trump supporters, counter protestors, and reporters. Driving down the northbound curb of Rockville Pike, one could hear roaring chants such as “four more years” and “Trump 2020” coming from the group that increased in size as the days went by. They could be seen holding a wide variety of items from Blue Lives Matter and MAGA flags to balloons and bouquets. Supporters from all around the country gathered in Bethesda, Maryland to wish their president a quick recovery, and to advocate for his possible reelection come November.

Tamara, a nurse from North Carolina interviewed by Politico, feels as though “there’s more power in prayer” she continues, “so I wanted to come here and be with people and actually be near him as much as possible to pray for him,” explaining why she had come to stand outside Walter Reed in support of President Trump. “People have their opinions and flip us off and make rude comments,” said another supporter, “But there's exponentially more people coming by and waving and honking and cheering and giving us a thumbs-up.” Supporters have also stated that they feel as though the group’s presence could inspire Trump supporters in Democratic Bethesda to become more inclined to show their support for him.

On the other side of the highway next to Walter Reed, a group of counter protesters were gathered. These individuals came together to show their opposition for President Donald Trump and his supporters who stood across the street. A student at B-CC, Noah Rosen, was one of the many who counter protested this seemingly chaotic event. He explained his motive for taking part in the counter protest as he lives near Walter Reed and, “it felt like they were invading my neighborhood, I wanted to go out and defend it.” Noah added that the president’s supporters called themselves the “Trump Army” and little to none of those in that group were wearing masks. This differentiates from the counter protesters, as “almost everyone on the side that I was on were wearing a mask. A Trump supporter even yelled at me to take off my mask.” With such conflicting groups so close together, there is much question for how civil the event could be. Noah explained that, “for the most part people stayed respectful, but occasionally arguments would break out and each side would exchange shouts.” He then mentioned how whenever a police car drove by, the opposing side would “burst out into cheer” and that “some pretty nasty things were said over a megaphone.” Noah’s experience counter protesting outside of Walter Reed with 15 others was said to be a positive and relatively peaceful one, but was a very different one from the other perspectives.

For people living nearby, a huge influx of both protesters and counter protestors proved to be a nuisance and inconvenient. The Tattler talked to Eleanor Radke, a student at B-CC who lives walking distance to Walter Reed. She told us, “it wasn’t bad at first but we couldn’t keep our windows open for a while because the honking and yelling got really loud.” Noise pollution to the area was a bother for many residents, who were used to Bethesda’s normal tranquility. Eleanor added that “as time went on, the Trump supporters would come into my neighborhood to go back to their cars and they were unmasked. They went into the Harris Teeter in groups and walked around my apartment building yelling stuff like “Trump 2020!” and the occasional obscenity. It was really inconvenient. People around here wear masks all the time especially in stores and I’m used to feeling safe from coronavirus here.” Eleanor wasn’t alone. Many other residents in the area found the Trump supporter protests lack of masks and failure to support CDC guidelines very frightening. On October 4th, Bethesda area resident Julie Zebrak tweeted that she doesn’t like Trump “infecting our air in Bethesda.”

Provided by the BCC Tattler