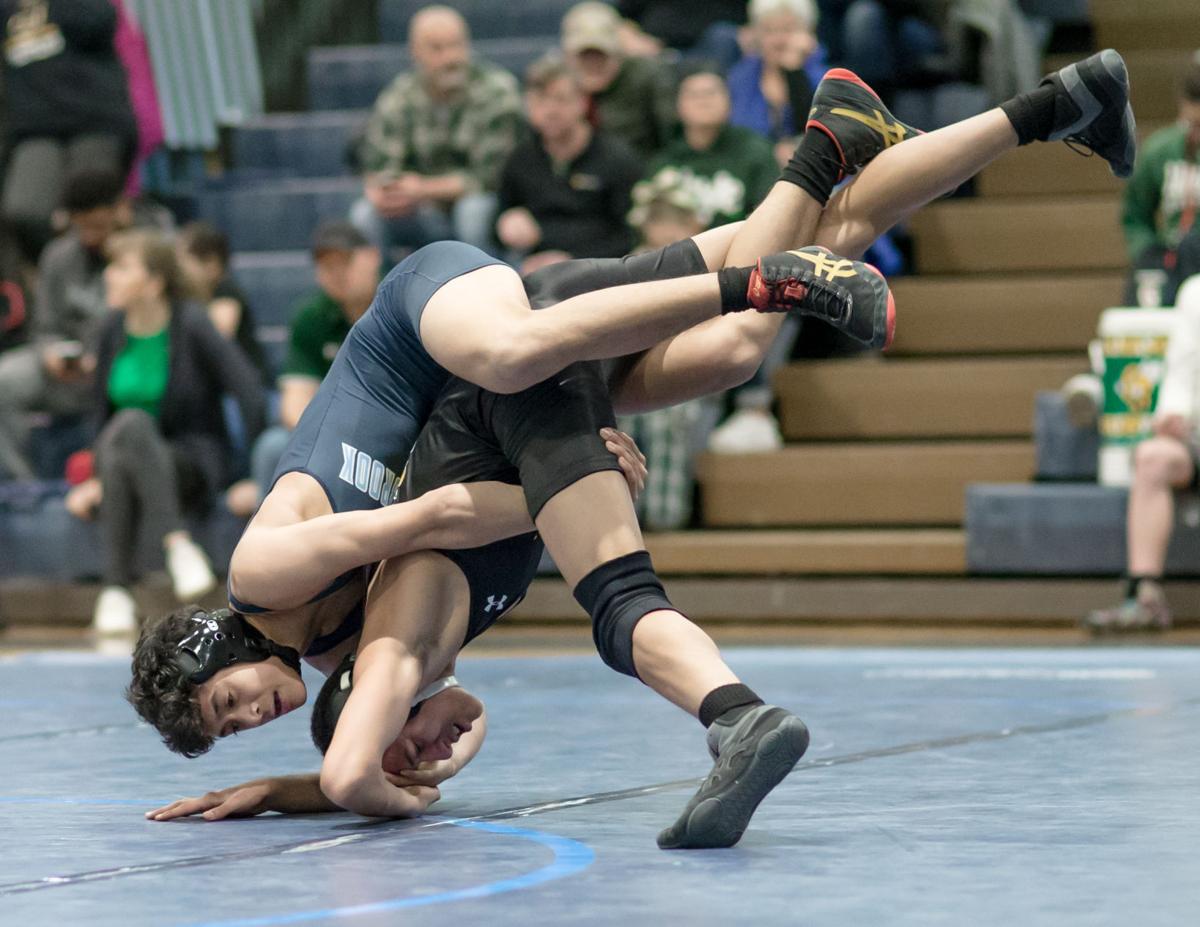 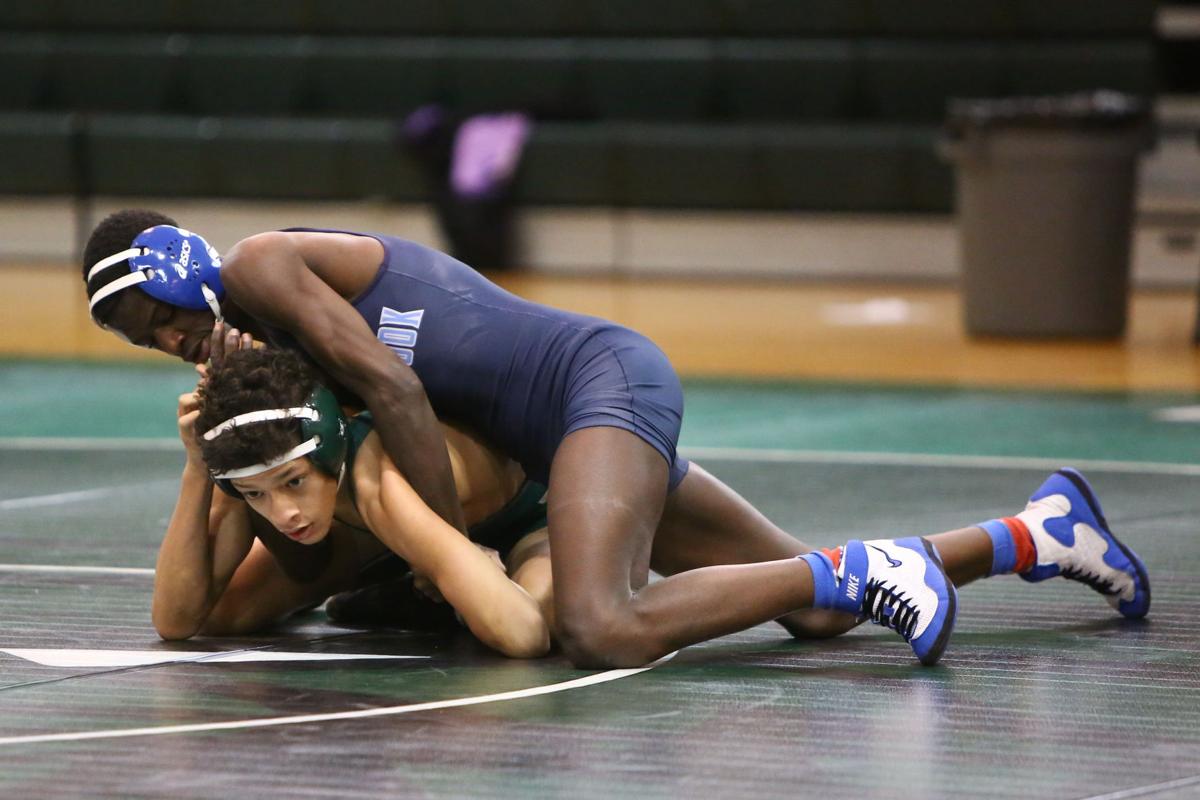 The seventh-year coach got an emphatic answer on Dec. 20-21 Spartan Slam at Broad Run High in Ashburn, Virginia, as Springbrook crowned five champions among the eight wrestlers who finished within the top four of their weight classes. It also had nine place-winners within the top four en route to winning the event for the second straight year.

“We had a tough loss to B-CC the previous week, but I’ve been happy with the way the team responded. We just need to keep working hard and improving every week. We have the Grapple then some big duals coming up in January so we hopefully can keep getting better,” said Whittles, whose Blue Devils host the Grapple at The Brook Tournament on Jan. 17-18.

The Blue Devils have had a “weird start” to the season, Whittles said. The team is missing several starters due to injuries to its dual-sport athletes during the football season. However, he credits those who are healthy and stepping up to fill the void.

“I was really proud of the way our team wrestled this weekend and that we were able to win the Spartan Slam for the second year in a row,” Whittles said. “The tournament wasn’t as deep as last year, but we finished ahead of Poquoson (High School) from the Virginia Beach area, which is the two-time defending Class 2A state champs. We had four head-head matches with them in the finals and were able to win three of them.”

Jean and Sieh improved to 16-0, Wendel to 15-0, and Peralta to 13-1. Bauer is 15-2, and Kilby and Tran are each at 14-2. Out of all the top performers, Whittles complemented the work of Kilby, who lost 5-4 in the last year’s Spartan Slam. Wendel’s performance was an essential key to the Blue Devils’ win.

“Grayson was on fire this weekend and picked up a lot of pins. He had a VA state place winner in the finals and wrestled his butt off and eventually pinned the kid,” Whittles said as he spoke about his team. “We were super proud of Pierre. He missed a couple of days of school last week with the flu and then bumped up in weight to fill in a hole at 138 and still won the tournament. Pierre only weighed in at 129 Saturday morning and was still feeling a little sick, but he can turn it on when the match starts.”

In addition to Bauer, Whittles is also high on Sabater and Nguyen, who improved to 14-3, and 13-5, respectively.

“Matt Bauer has been awesome at heavyweight. He’s stayed up there to help cover for some injuries and just flat-out wrestles as hard as he can every match. He beat a couple real big dudes and is looking great so far this season,” said Whittles. “Chinua wrestled solid all weekend and lost a tough one in the semifinals but bounced back nice with a big win for third. Richard had a nice weekend, losing a couple of close ones that he can learn from.”

“Having all of the champions that we have and winning the Spartan Slam was huge,” said Wendel. “This shows that we didn’t lose any confidence against B-CC, which is a great team, but we’ve also been having some injuries, and we’re hoping to get some others back, soon, and then we’re hoping to see B-CC again for state duals.”

The Blue Devils’ success is happening during a season in which the defending county and Class 2A state duals champion, Damascus High School, struggled early. The “Swarmin’ Hornets” lost twice in one day at The Warriors Duals at La Plata High School, ending Maryland’s longest-ever winning streak – and the third-longest all-time – at 182.

In addition to the Blue Devils, B-CC and Damascus, Blair High School are off to an excellent start after being runners-up in the season-opening Scorpion Duals at Howard County’s Oakland Mills High School on Dec. 5. They outlasted the home team, 43-24, but lost to the tournament’s winner, Sparrows Point High School of Baltimore County.

His performance comes off on the heels of winning the prestigious Dec. 20-22 Beast Of The East Tournament at The Bob Carpenter Center at the University of Delaware in Newark, Delaware. Bound for Rutgers University, Hamilton avenged his lone defeat – a 6-5 decision to Blair Academy sophomore Noah Pettigrew – with a 9-4 semifinal victory at The Beast Of The East. He was the lone Marylander to win a crown in The Beast.

“I felt that my performance went as well as I wanted it to go,” Hamilton said. “I wrestled well on my feet and on top to get my techs.”

Bullis freshman Meyer Shapiro (126) finished third at the Dec. 27-28 PowerAde Tournament at Canon-McMillan High School in Canonsburg, Pennsylvania, an effort that followed his fifth-place finish at The Beast.