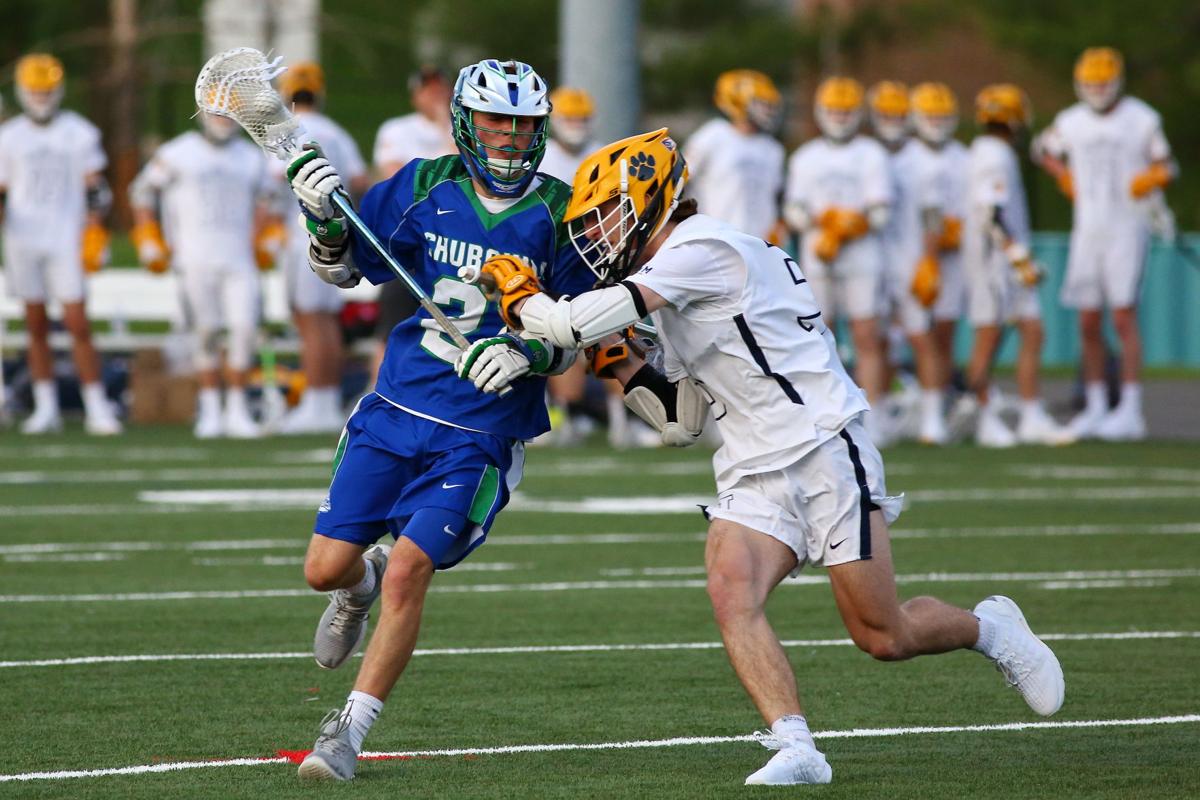 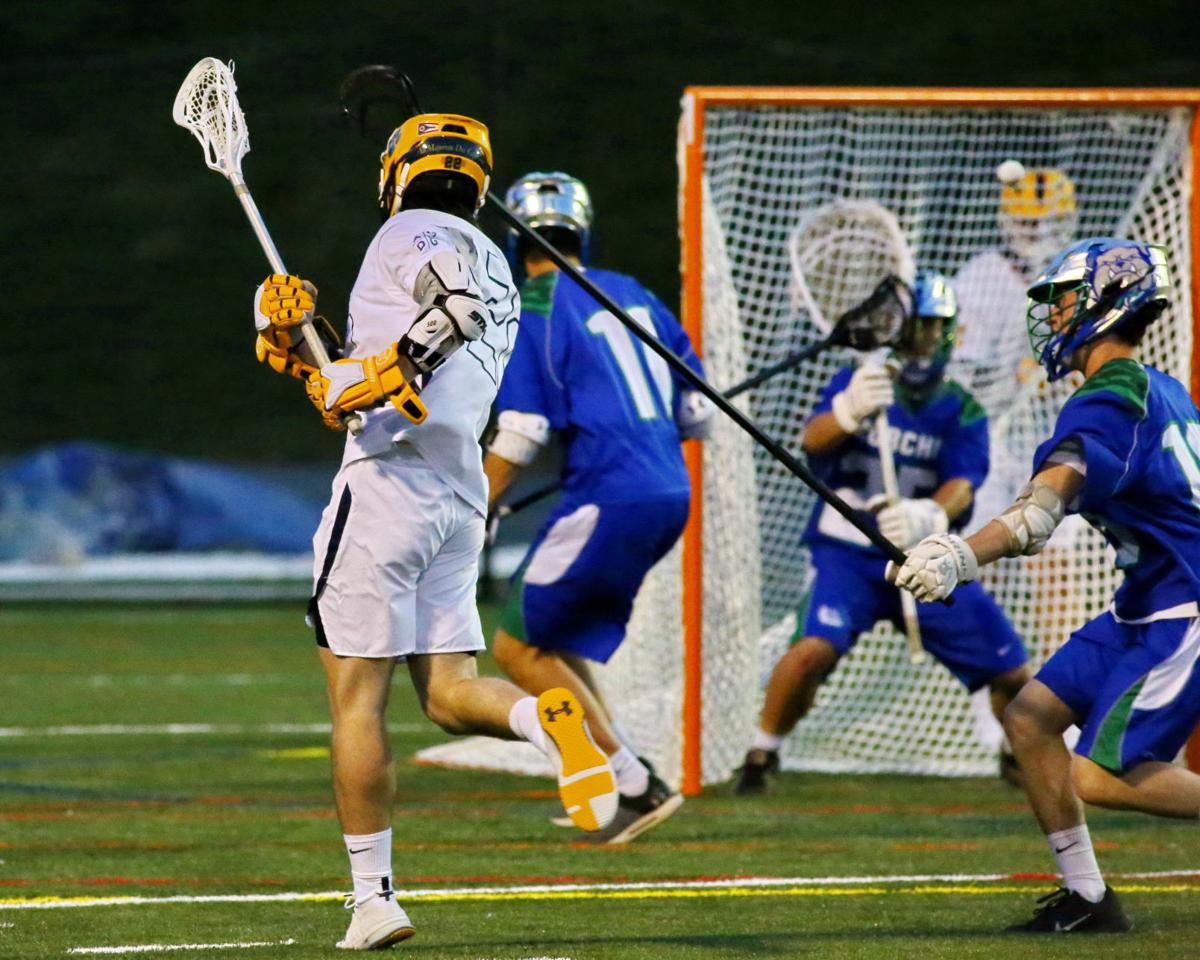 [View and order photos from St. Ignatius vs. Churchill in our photo gallery by clicking here!]

BETHESDA – Its spring break week for high schools in Montgomery County, but Jerome M. Marco Field at Whitman High School still saw lacrosse action on April 18, as four varsity boys’ teams — three local and one from out of state — competed in a small tournament.

Under Maryland state rules, a sporting event can take place over spring break as long as the event is only a day long and each participating team plays two games.

Churchill and St. Ignatius clashed in the final game of the evening after both teams handily beat their respective opponent earlier in the day. The Wildcats beat Poolesville by a score of 15-8, while the Bulldogs defeated Whitman 16-7. However, St. Ignatius’s athleticism proved to be too much for Churchill to handle, and the Bulldogs fell to the Wildcats, 17-5.

Churchill kept the game close at first, but St. Ignatius’s dominance at faceoffs eventually caught up to the Bulldogs. The absence of Churchill’s regular face-off man, Merrick Willeford, was made evident when, more often than not, the Wildcats emerged with possession from the middle of the field.

St. Ignatius also played aggressively on defense and forced the Bulldogs to pass the ball repeatedly or fire shots from far down the field, since the close open shots were heavily guarded.

Churchill attackers Thomas Langerman and Eliot Dubick each scored once in the first half, and the Bulldogs trailed by five at halftime.

The game didn’t get out of hand until the third quarter, when St. Ignatius poured seven goals on Churchill and kept the Bulldogs on defense for most of the quarter. In fact, Churchill didn’t score at all in the third quarter, and that offensive lull resulted in a running clock before the period was over.

Wildcats attacker Michael Boehm led the charge and finished with five goals. The junior stayed in the thick of things the entire game; no matter who was handling the ball, Boehm was never far behind or away from the action.

Despite St. Ignatius’s onslaught, however, Churchill senior goalie Andrew Robinson made several tremendous saves that pushed the Wildcats away from the net.

Churchill attacker Gavin Gumucio swung the ball into the net two minutes into the fourth quarter to bring the running clock to a screeching halt. Gumucio’s goal was Churchill’s first of the second half; the Bulldogs hadn’t scored since there were 90 seconds left in the first half.

Even without the running clock, though, Churchill’s time was running out, and St. Ignatius handed the Bulldogs their worst loss of the season just 10 days after losing to Urbana in a similar fashion.

Marc Dubick, president of Bethesda Lacrosse, was instrumental in helping to organize the tournament as well as in recruiting the Wildcats to make the six-hour drive to come play Poolesville and Churchill. Dubick has been involved with Churchill’s lacrosse program for years, and his children are either current or former lacrosse players who engaged in extra competition during spring break events in the past.

After discussions with coaches and athletic directors, including Churchill Head Coach Jeff Fritz and Whitman Head Coach Tommy Rothert, the wheels were set in motion to make the event a reality. While he admitted that the Wildcats were the more athletic team,

Fritz also was pleased with the level of competition the Ohio team provided for the Bulldogs, especially with the postseason starting in less than three weeks.

“We purposely scheduled this tough team to make us better in the long run,” said Fritz. “It doesn’t do us any good to go beat up on somebody. We wanted to challenge ourselves and get the best competition we can to get us ready for the playoffs.”