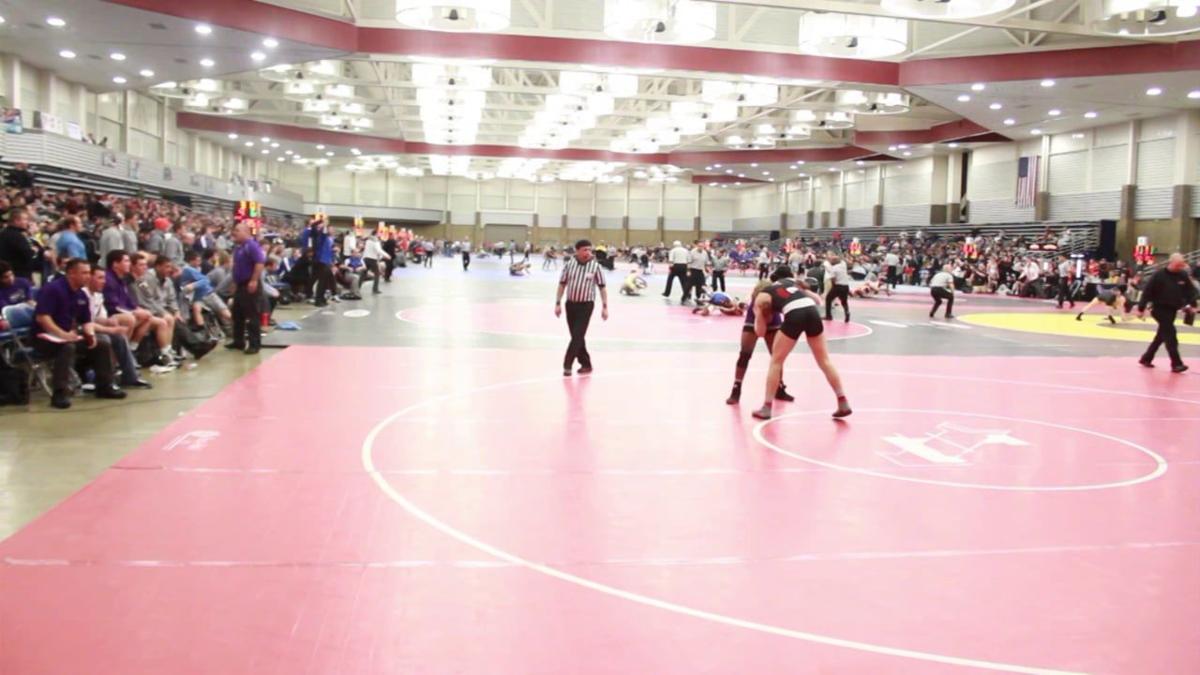 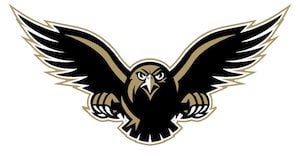 When Xavier Kresslein stepped onto the wrestling mat at the Jan. 10-11 Dorsey Duals at his home gym in Poolesville High School, it was as if the Falcons’ senior 170-pounder was wrestling with the vigor of two people.

Kresslein’s rivals could not stop the power of his strength on display.

Kresslein went 10-0 with one forfeit and nailed down eight of his nine pins within the first period as he rose to 32-0 with 28 falls on the year and improved his career victories mark to 140.

The effort took place nearly two years from having earned Outstanding Wrestler at The Duals as a sophomore, which occurred three days before the death of his then-17-year-old sibling, Zack. After being on the “top of the world,” Xavier used his feelings about his brother’s death to fuel his passion for wrestling, his father, Michael Kresslein, said.

“He could have fallen apart and would have been more than justified in doing so, but to his credit, he kept his composure and used wrestling as a means of helping him through the crisis,” Michael Kresslein said. “His wrestling was a great outlet for me as well. I am very proud of him.”

A four-year starter and team captain for the second straight year, Kresslein went 43-3 and finished third at the Class 2A/1A state tournament after having earned county and 2A/1A West Region titles.

This year, Kresslein was the 182-pound champion at the Dec. 13-4 Battle of the Boro Tournament in Boonsboro, where he went 10-0 and pinned each opponent in less than a minute. At the Dec. 27-28 Westminster Duals, Kresslein dropped to 170 and was named and named Outstanding Wrestler.

A student with a weighted 4.61 GPA, Xavier penned an essay to colleges regarding his brother’s death, which he attributed to an addiction to drugs. As he reconnected with Zack during the recovery process, the elder Kresslein died in January 2018.

“The greatest adversity I faced was the loss of my brother, Zack, in January 2018 due to addiction, along with all of the horrors that led to it,” wrote Xavier, 18. “Every day is a struggle, but it has also given me an inner strength and the power to turn this tragedy into something positive.”

Xavier’s teammates continue to support him as they did during his sophomore year, along with Coach Tim Tao, one of four siblings who wrestled at Wheaton High School.

“I really felt for Xavier when we found out his brother had passed. Having three brothers myself and growing up competing in sports with them, I couldn’t imagine how he felt losing his brother,” Tao said. “I was very proud of the Poolesville team, though, in their reaction to it. Wrestling is such a great community sport with amazing camaraderie and family-oriented ties. The team supported him, helped cook food and lifted him.”

The team arrived at Zack’s funeral, wearing their Poolesville wresting gear to support their teammate in a time of need. In his college essay, Xavier admits that he struggled to deal with his brother’s death. School was “a challenge at first,” but it was wrestling that became the outlet he needed to release his pain and from “dwelling in sadness.”

“The muscle aches and fatigue had my attention,” Xavier said. “And the hard work was a good distraction.”

Xavier bounced back in a huge way once he found the best ways to cope with his pain. Together with his family, he got involved with Shatterproof, an organization that works with people fighting additions, and participated in a 5K Walk/Run in honor of Zack. The team he co-captained, Team Zack Kresslein, raised over $10,000, the fourth largest team tally in the 2018 race.

In wrestling, he continued to show the killer instinct that Tao recognized and can only expect good things for Xavier this season.

“He didn’t miss a beat (in his return), and his hard work and dedication have paid off,” Tao said. “He has won two tournaments so far and was voted upper weight OW at a very tough Westminster dual tourney as well as being ranked No. 1 overall 170 in the state. He is a great captain and leader to the team, remaining a humble and hard worker who is always eager to learn.”

For Xavier, it has been a hard journey, calling every day a “struggle” since Zack’s death. However, he plans to continue fighting addiction in his brother’s honor and being a better human being for the rest of his life.

“I hope others will learn from Zack’s mistakes and either avoid drugs or get help before it is too late,” Xavier said. “While it will never bring Zack back to us, I find value in being a part of the solution.”