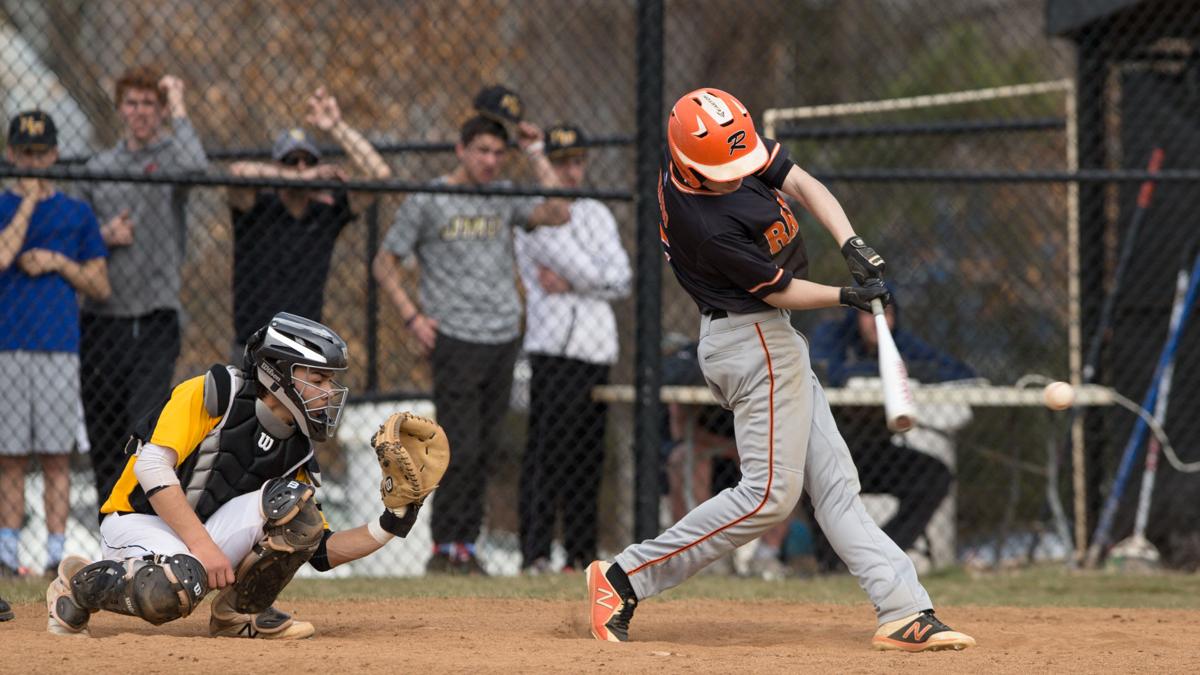 Lucas Ribaudo and the rest of the Rockville Ram batters combined for 13 runs against Richard Montgomery on March 29. PHOTO BY MIKE CLARK 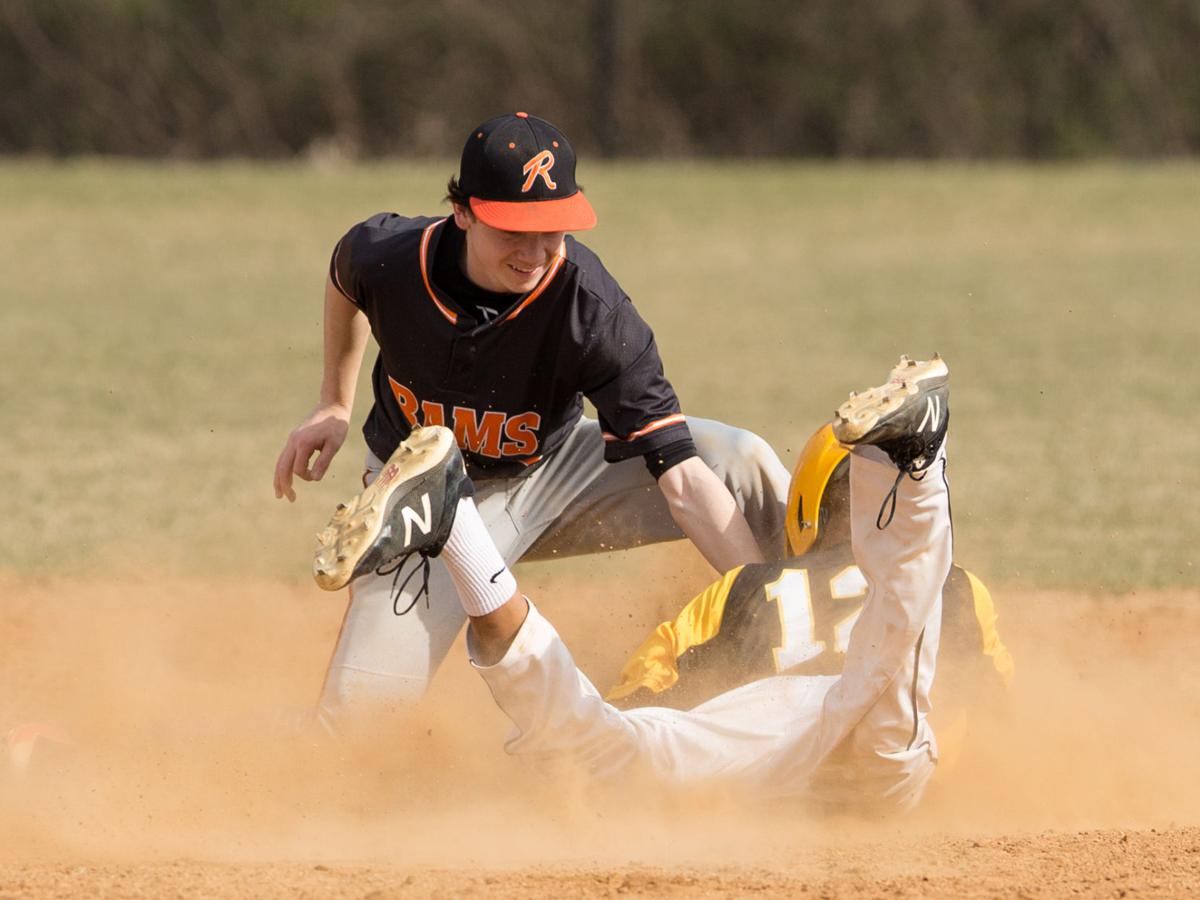 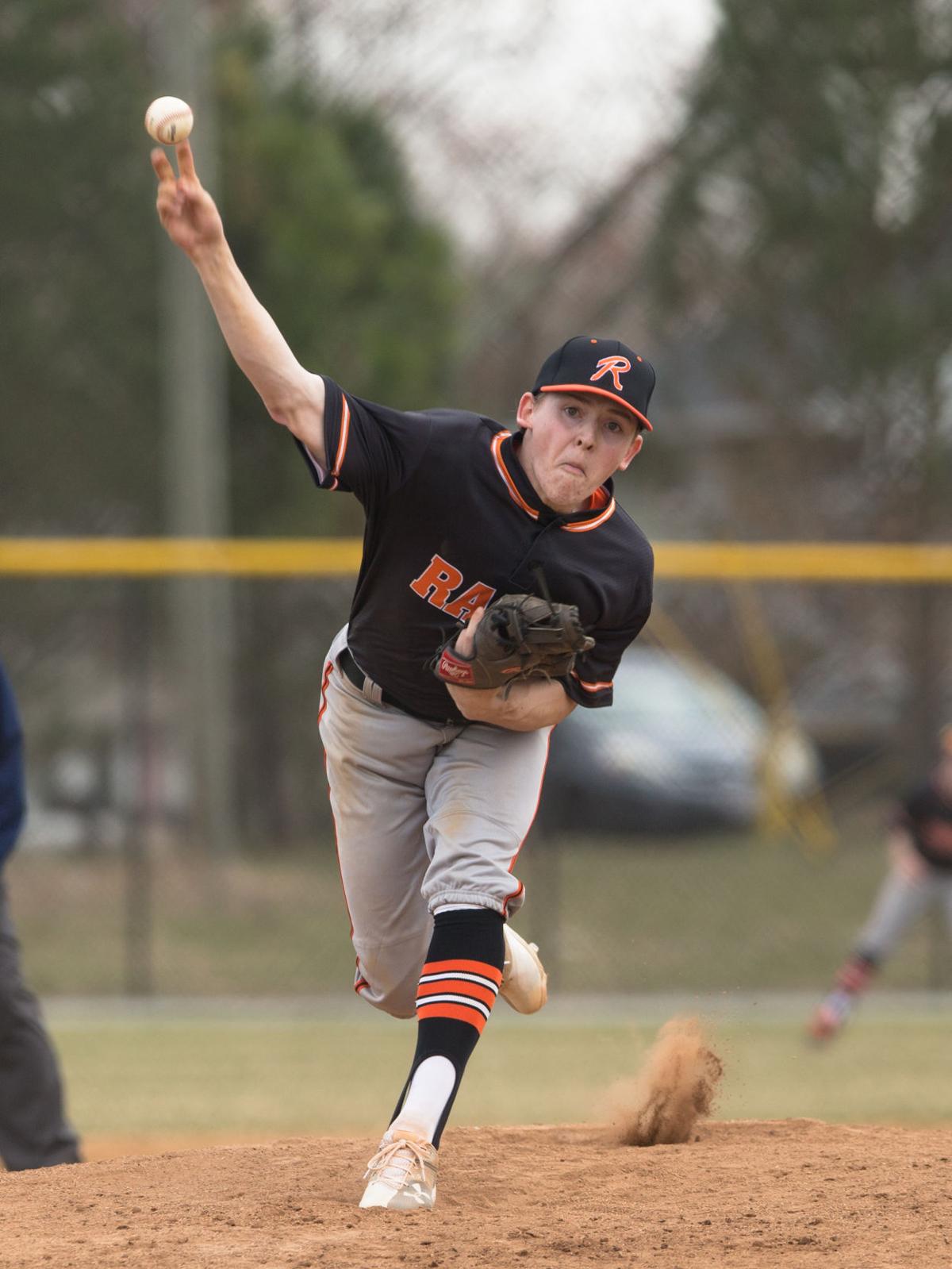 ROCKVILLE — Two rival high schools went face-to-face on the diamond, but it wasn’t even close, as the 3-0 Rockville High School baseball team dominated the winless Richard Montgomery by the lopsided score of 13-0 on March 29.

The blowout began in the top of the first when senior pitcher Matt McTighe hit an RBI double up the middle to drive in sophomore second baseman Lucas Ribaudo. This was followed up with McTighe making his way home on an RBI single from sophomore second baseman Sammy Hung, who then scored on a grounding error by Rockets junior shortstop Aiden Goldenberg-Hart. The Rams had quickly jumped out to a 3-0 lead by the end of the first inning.

“Any time we can come out and get the job done, especially like that, where our offense is doing well and our defense is holding up, it feels great,” said McTighe.

Not only did McTighe step up to the plate and deliver, but he also dominated on the mound by not allowing a single run in the six innings played.

“When I get on the mound, I just zone in,” McTighe said. “Whoever’s in that box, I just want to get him out.”

However, Ribaudo was another player who stepped up for the Rams as in the top of the fourth, he was able to earn a walk during his at-bat with the bases loaded, allowing senior outfielder Devin Dial to score. An RBI single from McTighe, as well as a sacrifice fly to center field from Hung followed, increasing the lead by six runs.

“I think I had a good game,” said Ribaudo, “I think I hit well. I think there’s still plenty of time for improvement I have to make.”

McTighe was in a bit of a jam in the bottom of the fourth when he allowed three consecutive hits. Thankfully, the senior’s pitching and the Rams defense did their jobs by getting three other batters out to end the inning. Ribaudo stepped up once again in the top of the fifth when he singled to left field and drove in two runs.

“The guys behind me really helped me a lot,” said McTighe. “Getting out of some jams, and getting on base setting me up for those RBIs. Couldn’t have done it without these guys. It’s probably the best part about this team.”

The top of the sixth saw more scores from Rockville. Sophomore shortstop Donovan Shekhdar’s RBI triple opened the gates for four more runs in the inning. Shekhdar eventually made his way from third base to home plate on a wild pitch.

Junior first baseman Zach Crim’s sac fly and Ribaudo’s RBI single were also highlights in the top of the sixth. No Rockets player was able to knock in any runs in the bottom half of the inning, concluding the end of the shutout win. Ribaudo finished the contest as the offensive star for Rockville with four RBIs.

“Lucas has been Lucas,” said Rams Head Coach Farron Riggs. “He’s been consistent all year long. Two, three hits so far, just doing what he does.”

Meanwhile, the Rockets will be looking to make key improvements across the board before their next outing.

“We’re getting in holes every game,” said RM head coach Kyle Culver. “We’re trying too hard, committing errors. We just need to trust ourselves and eventually, everything else will come.”