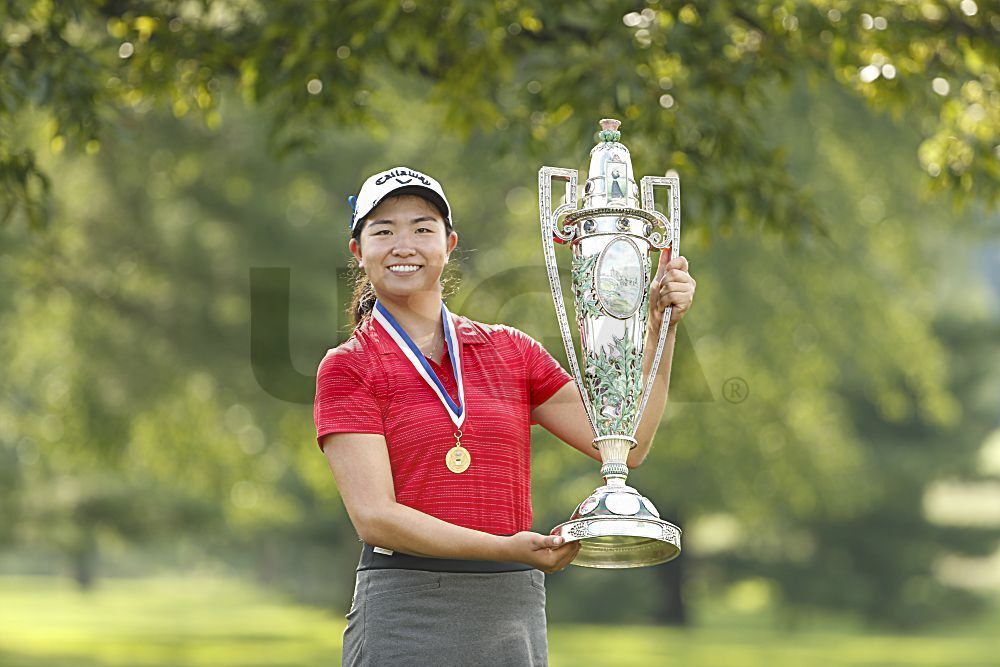 Rose Zhang with the trophy after winning the 2020 U.S. Women's Amateur at Woodmont Country Club in Rockville, Md. on Sunday, Aug. 9, 2020. (Chris Keane/USGA) 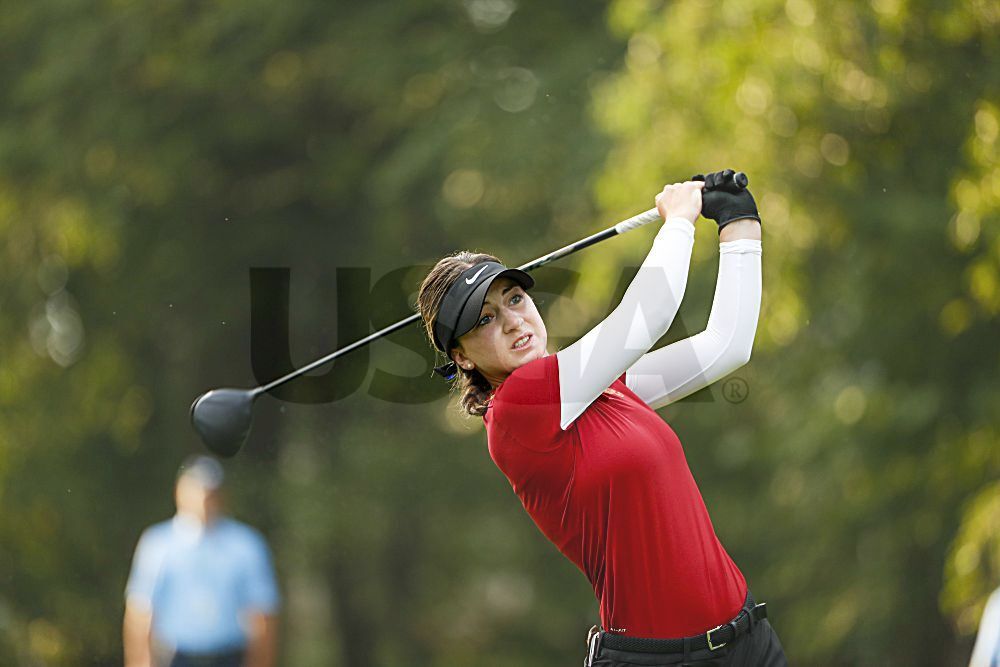 Gabriela Ruffels plays her tee shot at the third hole during the final round at the 2020 U.S. Women's Amateur at Woodmont Country Club in Rockville, Md. on Sunday, Aug. 9, 2020. (Chris Keane/USGA)

Rose Zhang with the trophy after winning the 2020 U.S. Women's Amateur at Woodmont Country Club in Rockville, Md. on Sunday, Aug. 9, 2020. (Chris Keane/USGA)

Gabriela Ruffels plays her tee shot at the third hole during the final round at the 2020 U.S. Women's Amateur at Woodmont Country Club in Rockville, Md. on Sunday, Aug. 9, 2020. (Chris Keane/USGA)

Zhang, 17, of Irvine, Calif., considered withdrawing from the championship because of a left wrist injury, but instead opted to rest by not playing for 10 days before the Women’s Amateur began. A combination of daily ice packs, medical tape and fairways in regulation were the perfect treatment plan for Zhang, who was collected and poised throughout the week.

“Winning the U.S. Women’s Amateur means the world to me,” said Zhang, the No. 9 player in the Women’s World Amateur Golf Rankings. “To have my name on the trophy with the best players of all-time is lifechanging for me. It’s a dream come true.”

For Ruffels, 20, of Australia, it was a stunning reversal of last year’s Women’s Amateur, when she drained a 10-foot birdie putt on the 36th hole to defeat Albane Valenzuela, 1 up, at Old Waverly. Ruffels was looking to become the fifth player since World War II, and first since Danielle Kang in 2011, to successfully defend her title.

With the match tied on the 36th hole, Zhang delivered the shot of the championship. After missing her drive into the left rough, her recovery effort failed to get back to the fairway. With Ruffels on the green in regulation, Zhang needed to get up-and-down from 95 yards to have a chance. Her wedge hit on the front of the green, bounced up and curled to within 18 inches for a conceded par. When Ruffels 25-foot birdie effort came up short, the championship match was extended to extra holes for the first time since 2001.

Both players exchanged pars on the 37th hole (No. 8), when they came to hole that Ruffels won four times in match play – Woodmont’s par-4 ninth. Hitting first, Ruffels pulled her drive into the left rough – her third consecutive missed fairway. After missing the green long, she played her delicate chip to within 3 feet. Zhang had an opportunity to win it, but her 18-foot missed out to the left, setting up Ruffels putt to extend the match.

“You can't take any putt for granted out here,” said Ruffels. “These greens are crazy fast, and that did have a little break to it. I was playing it outside of the hole. I actually hit it on my line, but it was heartbreaking to see it horseshoe out.”

Neither player had a lead of more than 2 up at any point in the match. Ruffels got on the board first, birdieing the second and third holes to take a quick 2-up advantage. It was her largest lead on the front nine all week, though it did not last long. Zhang birdied the par-5 fifth to cut her deficit in half, then squared the match on the par-3 sixth when she rolled in a 15-foot birdie putt then watched Ruffels lip out from 8 feet.

Zhang won the ninth and 12th holes with pars, pulling ahead for the first time. She maintained that margin until she caught a flier lie with her approach on the 18th, sailing it over the green leading to a bogey which trimmed her lead to 1 up at the break.

Just like in the morning, Ruffels won the second and third holes, the 20th and 21st of the match, to take her first lead in more than four hours. But just when it seemed the momentum had swung, Zhang birdied the 22nd hole to tie it up, then stuck a wedge to 4 feet on the 23rd to regain a 1-up advantage.

“Winning those two holes was huge,” said Zhang. “That gave me a chance to recover after losing the previous two holes. It allowed me to regain the momentum.”

The players exchanged victories with pars on the 25th (Ruffels) and 30th (Zhang). On the par-3 31st, Ruffels hit a 7-iron to 12 feet and sank her birdie putt to square the match. It was the last hole won by either player until Ruffels’ stunning miss at the 38th.

WHAT THE CHAMPION RECEIVES

For winning the U.S. Women’s Amateur, Ruffels receives a gold medal and custody of the Robert Cox Trophy for one year. Her name also will be on a plaque in the Hall of Champions at the USGA Golf Museum that will commemorate all of the USGA champions for 2020.

She also earns a 10-year exemption into the U.S. Women’s Amateur, as well as an exemption into the 2021 U.S. Women’s Open at The Olympic Club in San Francisco. She also earns an invitation to next April’s Augusta National Women’s Amateur, and is likely to receive invitations to next year’s ANA Inspiration, Women’s British Open and Evian championships, provided she is still an amateur.