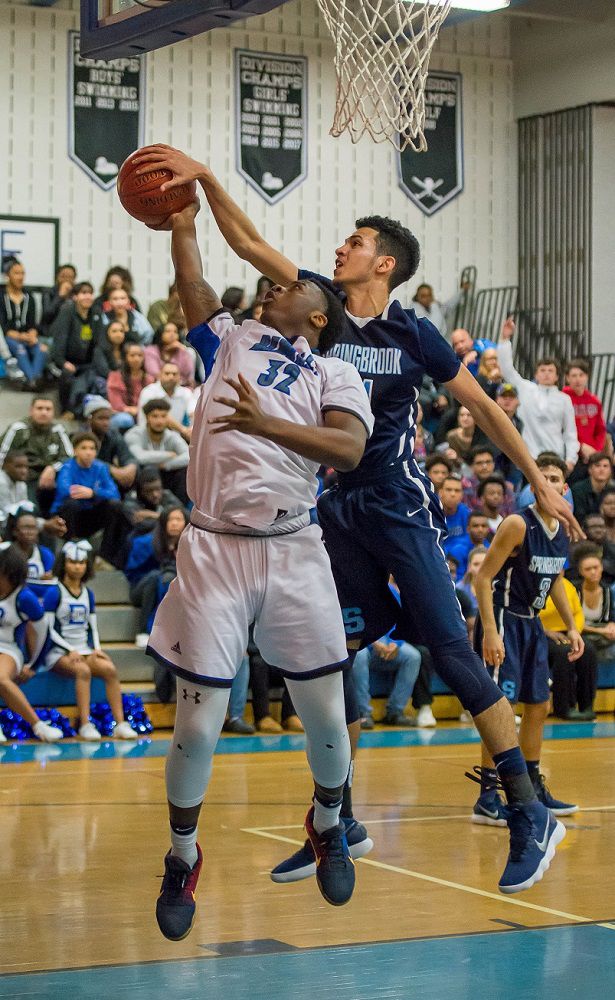 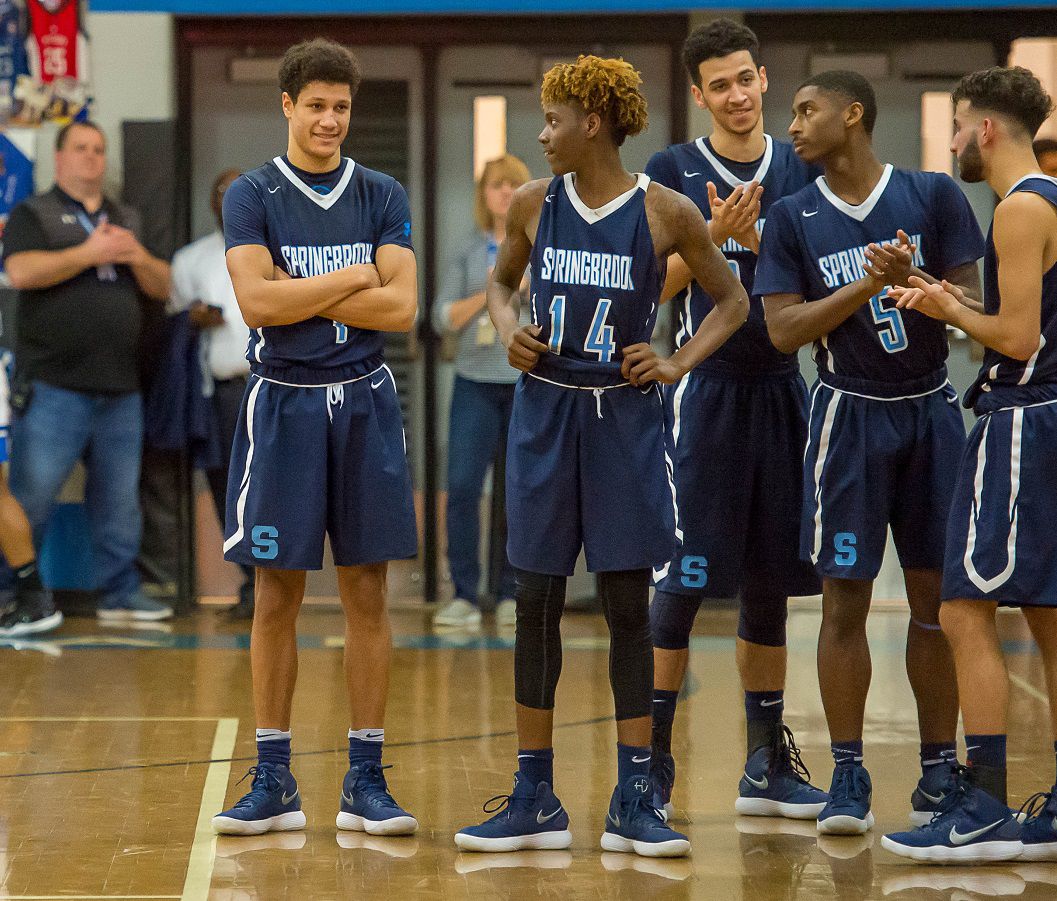 2/16/2018 - Springbrook guard Matt Balanc (1) is honored at the half for scoring his 1,000 point during the 2nd quarter, Springbrook v Blake Boys Basketball, ©2018 Jacqui South Photography

2/16/2018 - Springbrook guard Matt Balanc (1) is honored at the half for scoring his 1,000 point during the 2nd quarter, Springbrook v Blake Boys Basketball, ©2018 Jacqui South Photography

Balanc may have reached a rare milestone on Friday night, but Rucker was the star of the game with 31 points to his name, the most scored by any player on either team.

In the first half, Blake mostly played a game of catch-up, where Springbrook would get ahead and then the Bengals would claw to within a few points of tying the game up, sometimes even taking the lead for a short time before losing it again.

Springbrook guard Matthew Balanc (1) stands with his teammates to be honored at halftime for scoring his 1,000 point during the second quarter. PHOTO BY JACQUI SOUTH  “I don’t know about having trouble. I think we didn’t move the ball and second half we came out and played team basketball,” said Springbrook head coach Darnell Myers about his team’s performance throughout the game.

Both the Bengals and the Blue Devils were on equal footing in the second quarter as they each scored 17 points before going into halftime, with Springbrook up by three. Balanc scored his 1,000th point in this quarter as well.

Less than a minute into the third quarter Balanc suffered an injury and was taken off the court, but it didn’t affect his team at all as the Blue Devils picked up the pace to leave the Bengals far behind.

Blake scored 13 points in the third quarter, while Springbrook doubled them up and scored 26 to have a very comfortable 16-point lead going into the fourth quarter.

Rucker’s 11 points in the third and fourth quarters helped launch the Blue Devils away from their sluggish first-half start to end the game nearly 30 points ahead.

“Second half I think we got kind of lazy on the defensive end, and Springbrook picked it up more than we expected,” said Blake head coach Dondrell Whitmore.