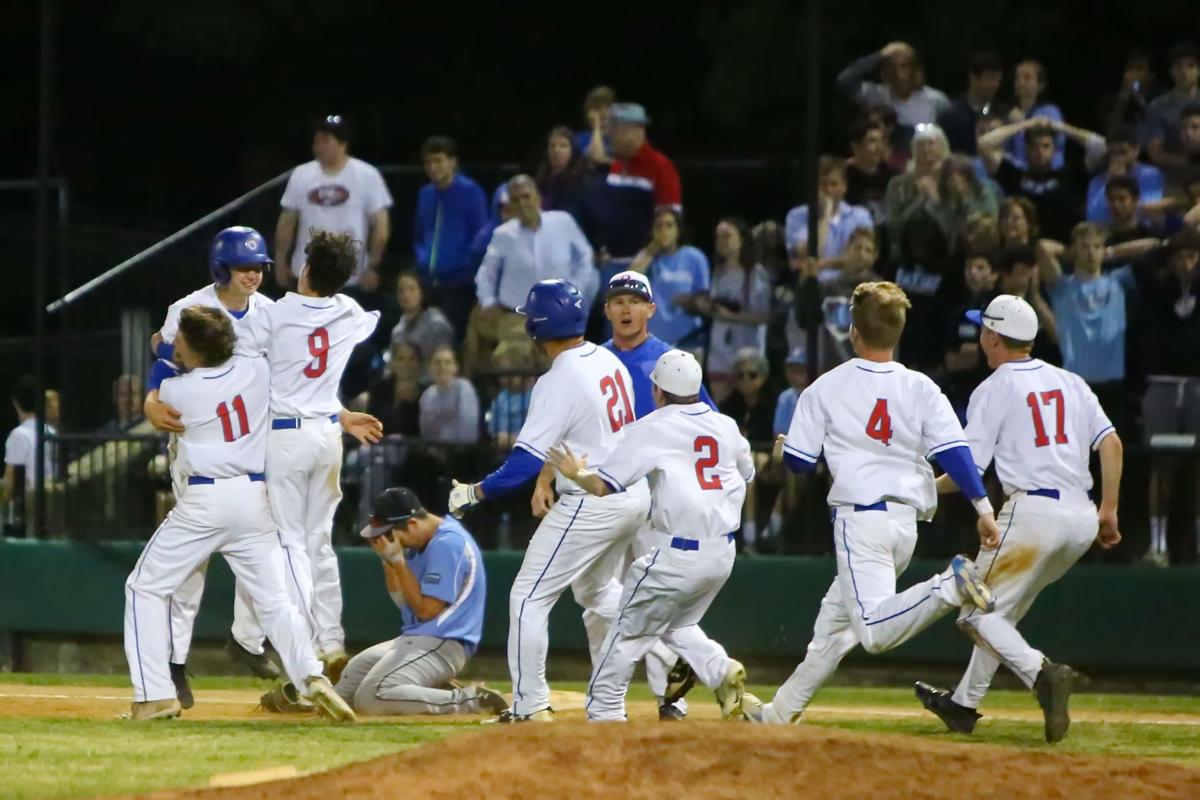 Walt Whitman 1st baseman Weston Weilminster (42) hangs his head in his hands after Old Mill scored in the bottom of the 7th to win the game and advance to the 4A finals. 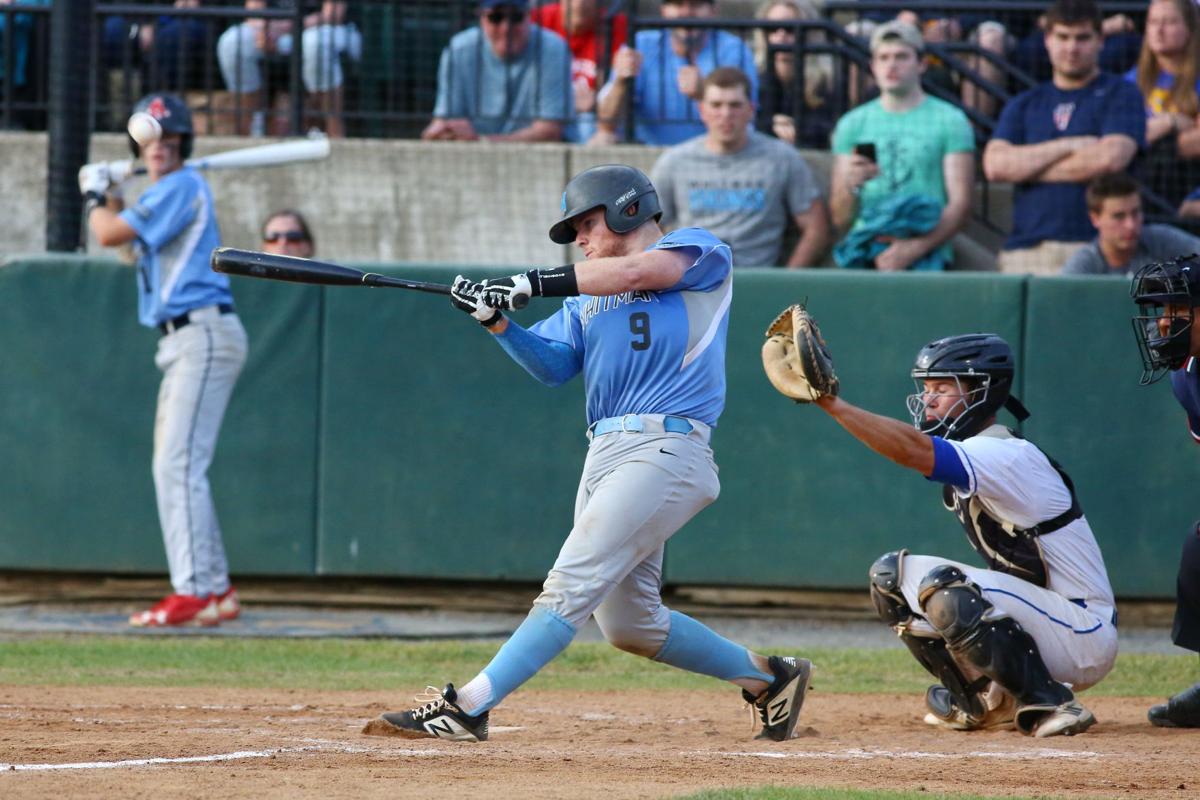 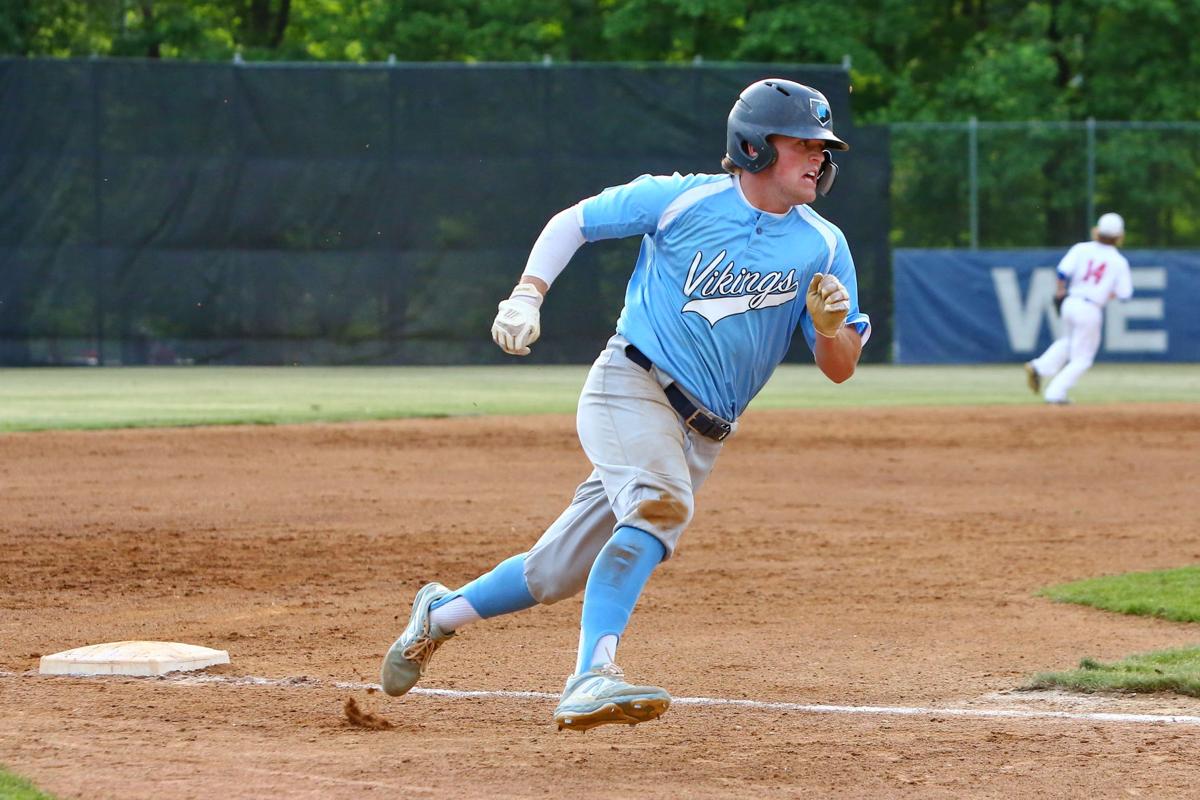 Walt Whitman 1st baseman Weston Weilminster (42) hangs his head in his hands after Old Mill scored in the bottom of the 7th to win the game and advance to the 4A finals.

[Take a look at our gallery for more photos!]

BETHESDA –  In the second game of a doubleheader in the Maryland Public Secondary Schools Athletic Association (MPSSAA) baseball state semifinals on May 21, 4A West regional champions Walt Whitman High School was looking to shock the baseball world as it taking on 4A East champion Old Mill.

The Vikings, who were making their first-ever appearance in the semifinal round were up 3-1 and on their way to make history. However, the Patriots rallied to win 4-3 on a walk-off throwing error that ended Whitman’s season.

“I’m very proud of them,” said Whitman Head Coach Joe Cassidy. “No team had ever done this in Whitman’s history. It’s an accomplishment, but it’s a little frustrating when I feel we gave the game away. They didn’t really beat us.”

The Vikings started strong as outfielder Justin Carboni singled to left field to drive in outfielder Sam Mermelstein for the 1-0 lead. Two at-bats later, shortstop Matt Ryan singled up the middle to send home outfielder Tyler DeMartino to extend the lead to 2-0.

“Justin had a great day,” said Cassidy. “He’s been all banged up, got a hurt foot most of the year. Made a great catch, got a big hit, threw a kid out that could have been the winning run.”

However, the shutout did not last too long, because in the bottom of the first, Old Mill outfielder Ian Adams scored on a passed ball, stealing home, to cut the deficit to 2-1.

But Whitman kept the momentum on their side when catcher Jack Ryan clobbered a hit to deep left field for a solo home run to extend the Vikings’ lead to 3-1 in the top of the third.

As the bottom of the fourth began, outfielder Eric Mondragon connected with an RBI single to left field, which drove in designated hitter Hunter McKean to cut the Patriots’ deficit to 3-2. Outfielder Caleb Bailey then hit an RBI signal to left center, sending home third baseman Shayne Smith to tie the game at 3-3.

Whitman had a chance to take the lead with the bases loaded and one out in the top of the sixth, but two more outs ended that opportunity.

In the bottom of the seventh, Old Mill second baseman Nick Cinquanto was walked and soon ended up on third due to a wild pitch. With a full count, third baseman Christian Murphy hit a grounder to Ryan, but his throw to first base was off-target and did not complete the groundout.

“I was just trying to put the ball in play,” said Murphy, “and I was just hoping for the best. Great play by him, and it’s just luck.”

The error allowed Cinquanto to score the winning run and secure a date in the finals with Sherwood.

“He’s done that all season for us,” said Old Mill Head Coach Charlie Chaffin Murphy. “He’s gotten big hits from when we brought him up a couple of weeks into the season, and he’s had big hits and clutch hits all season long.”

While feeling excited about his team’s late-inning victory, Chaffin gave props to his opponent from Montgomery County, while Murphy addressed the hustle of the Patriots.

“This team hits,” said Chaffin. “That’s a great team, Whitman is, and they’ve got some kids in the lineup that pound the ball. So, for (Kyle) Summers to keep us in the game long enough to chip away and get back was big. Those kids can hit. That’s a tough, tough lineup.”

“We never quit,” said Murphy. “We stayed in the game. We stayed excited and hyped up. It really meant a lot to all of us. We really wanted this, and you can tell.”

Despite the loss, Vikings starting pitcher Mark Dimitrov, who went three innings, felt proud to have made it this far with his teammates.