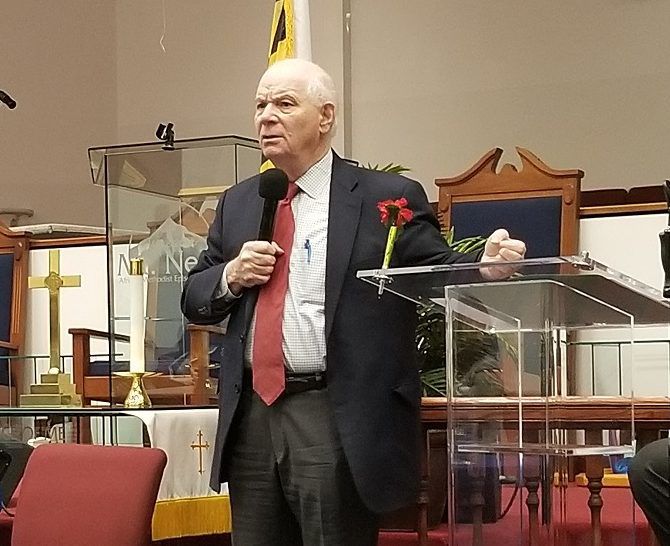 Ben Cardin (D-Md.) met with federal government employees and contractors along with members of the faith community on Feb. 2 at Greater Mt. Nebo AME Church in Bowie to discuss their efforts to keep the government open and hear how the partial government shutdown affected them. 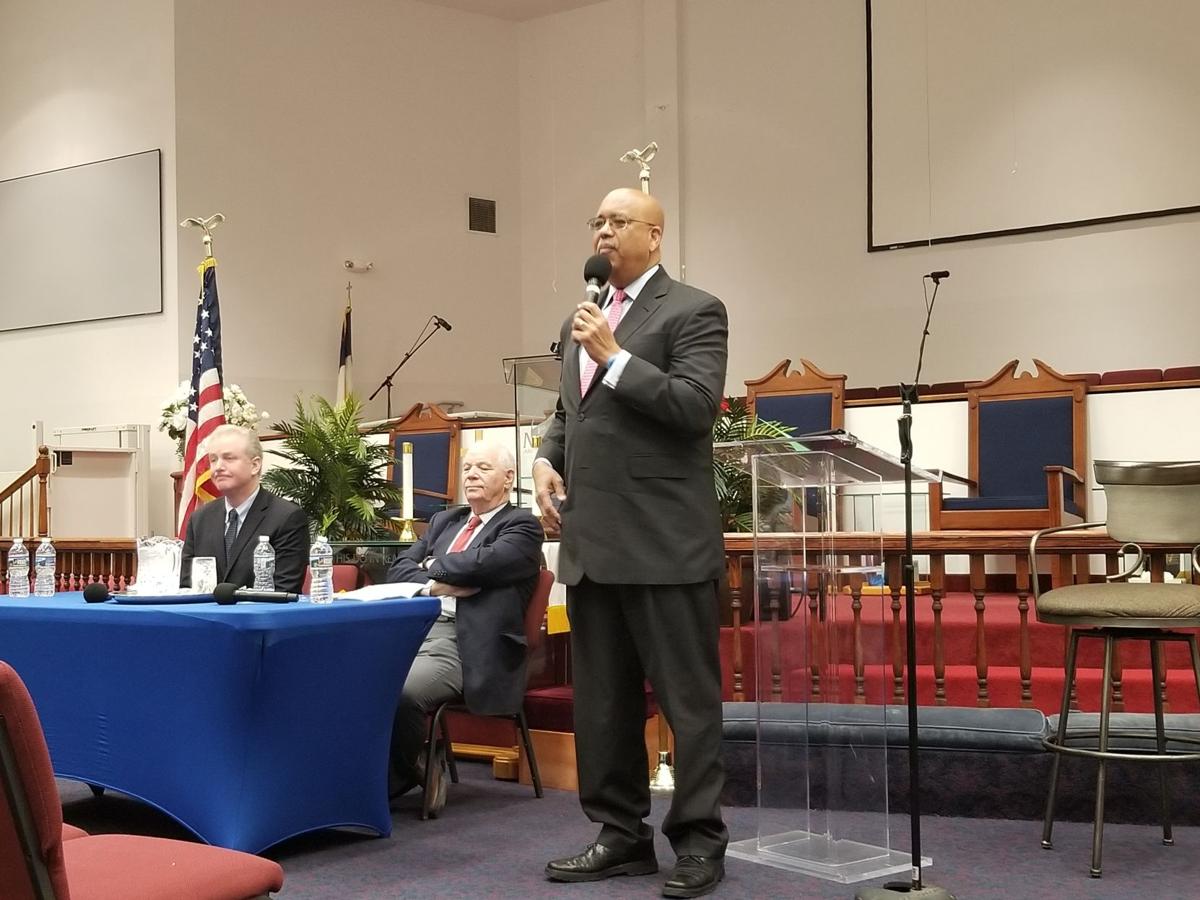 Ben Cardin (D-Md.) met with federal government employees and contractors along with members of the faith community on Feb. 2 at Greater Mt. Nebo AME Church in Bowie to discuss their efforts to keep the government open and hear how the partial government shutdown affected them.

BOWIE — Senators Chris Van Hollen (D-Md.) and Ben Cardin (D-Md.) met with federal government employees and contractors along with members of the faith community on Feb. 2 at Greater Mt. Nebo AME Church to discuss their efforts to keep the government open and hear how the partial government shutdown affected them.

The 35-day stoppage, the longest government shutdown the country has ever experienced, kept 800,000 federal workers either out of work without pay or working through the shutdown also without pay.

Though the shutdown is currently at an end, President Donald Trump  has threatened another shutdown on Feb. 15 if congressional leaders do not agree to fund his southwest border wall or he will otherwise declare a national emergency to build his wall, leaving federal workers, such as those in attendance at the meeting, uneasy about their financial futures.

“Today is another example of recognizing that there was damage done to a lot of families as a result of this record-breaking, 35-day, unnecessary, outrageous and dangerous government shutdown,” Cardin said.

Veronica Miller, a D.C. Superior Court paralegal, was one of those workers who was deeply affected by the shutdown. She told the group that being an essential employee is a task physically and emotionally.

Miller said that 700 people that she worked with were furloughed last month and in addition to having to find some way to pay for gas to get to work every day and figure out from day to day whether she had to skip lunch, it became very difficult to keep the morale up throughout her office.

“After two or three weeks, it became a real task to keep people motivated to get things done,” she said.

Although she was fortunate enough to have savings, Miller said she spoke to her mortgage company to see what her options were, should her savings run out, and they were not sympathetic to her. It was a fact that Cardin commented was typical of mortgage companies, and she was told she would be given a 90-day deferment and they would then report it to the credit bureau as missed payments.

“Being a federal worker, I was told or taught, is a secure place to go to be a secure employee, but it no longer feels that way to me,” Miller said. “I have six years until I retire and I’m counting, I’m counting those days because this no longer feels like a good secure job.”

Desirae Bagby also found herself hurt by the shutdown. Newly married with a new job at the Superior Court, everything seemed to be going well until the government shut down soon after. Unsure of when the government would reopen, she and her husband had to support two kids and her grandmother with only his income.

Like Miller, Bagby also found the insurance companies unforgiving in addition to the home building company they had hired to build their house before the shutdown occurred. Additionally, when the government finally did open, her paycheck came up short.

Cardin and Van Hollen were successful in passing legislation before the shutdown ended to ensure that all federal employees were paid as soon as the government reopened.

However, the work is not over as the two said they are working on passing a law that will ensure that all federal contractors are also paid in the event of a shutdown which is, unfortunately, more complicated.

The senators said they are also working out ways to avoid future government shutdowns, which is all the more important during the next two years of this administration, Van Hollen said.

“The president has created really a fake issue, a manufactured issue,” he said. “Every senator in the United States Senate and members of the House support strong border security. We need to have secure borders. Everyone wants to prevent drugs from coming into the country. The president exaggerates the extent of the problem, and he’s manufactured a crisis.”

When asked what the probability of a shutdown is at this point, Van Hollen said he could not say for sure, but the government will be shut down if a bill is not passed by the House of Representatives and the Senate and signed by the president.

“I am an optimistic person by nature, and I know Senator Cardin and I and our Republican colleagues in the Senate and our colleagues in the House are working to try to come up with an agreement that would prevent a government shutdown.

“As Senator Cardin said, I am absolutely confident that if you left it to Republicans and Democrats in the House and the Senate, we could accomplish that,” Van Hollen said.

In addition to hearing from the senators, also in attendance at the meeting were representatives from Industrial Bank, the Financial Empowerment Center, the WSSC and Pepco to discuss options with people should another shutdown happen.

To touch on the more personal effects of a shutdown, Beverly Smith from the Life Christian Counseling Network spoke about the importance of self-care during a stressful time such as this.

Pastor Jonathan Weaver, who hosted the event, said the whole thing was a reminder that we do not leave our civic responsibility just because we come to worship on Sunday morning. He hoped people left empowered with the resources available to them and a desire to hold elected officials accountable.

“I think first of all we need to be informed and I think that’s what this kind of event was so that people can gather more information but then after they leave here, utilize the information and if you need more follow up with those persons and elected officials who made it very clear that they are not confined to their offices and they want to hear from the people who elected them. So that’s what I hope will happen; greater civic engagement.”