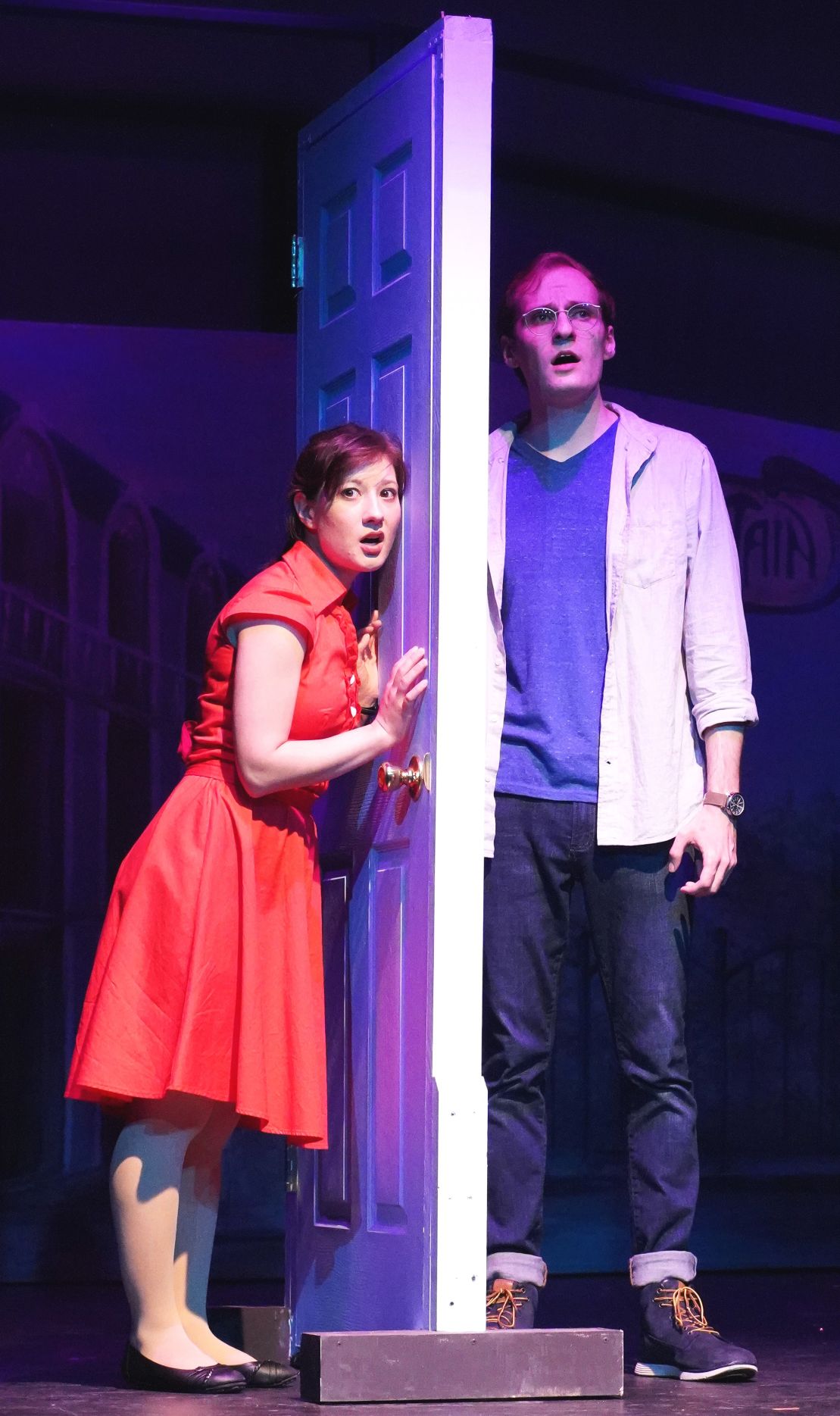 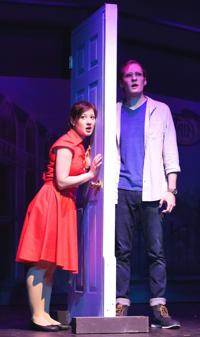 Amélie runs 100 minutes (with no intermission) and is being staged through Aug. 24 at the Bowie Playhouse, located at 16500 White Marsh Park Drive, Bowie, Maryland 20715. (Courtesy Photo) 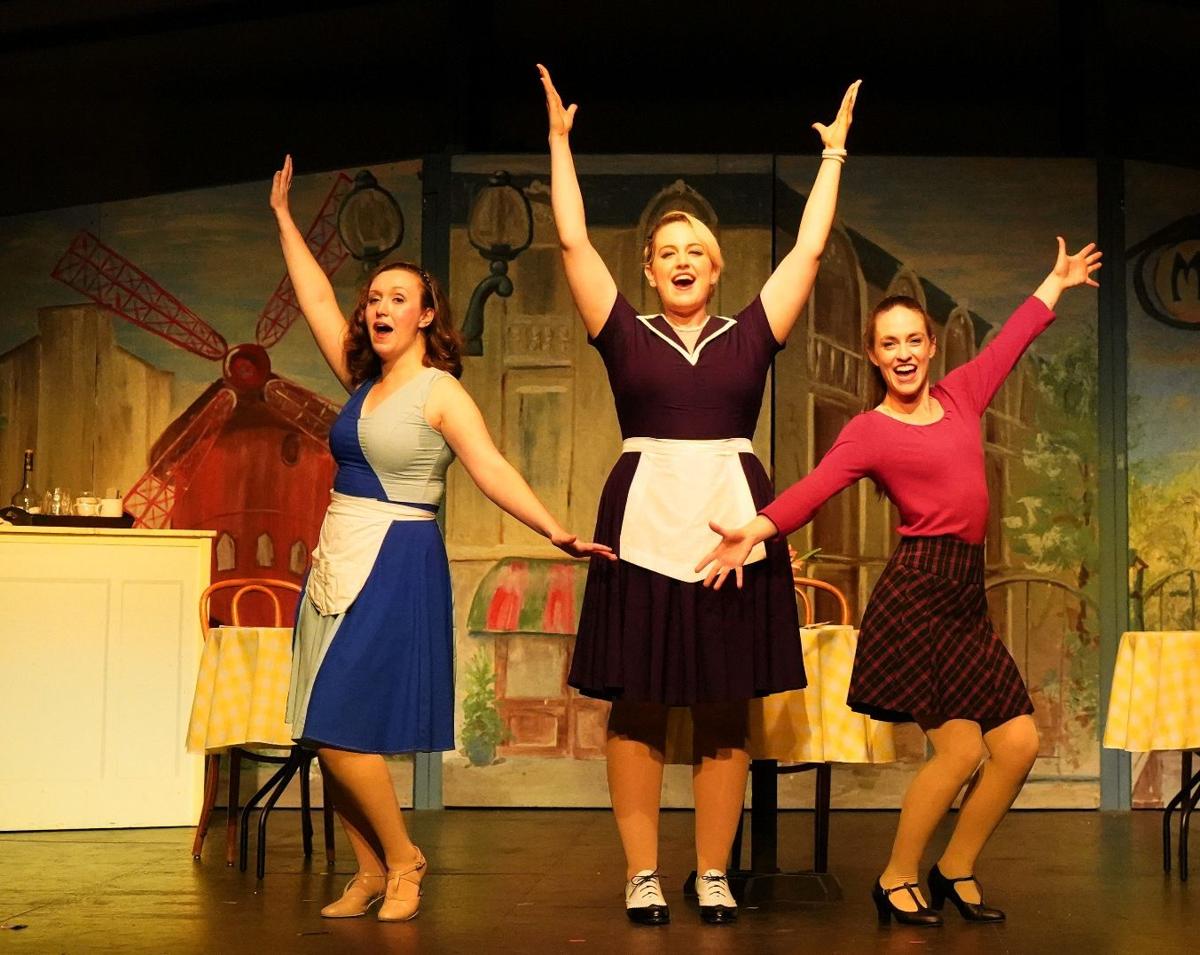 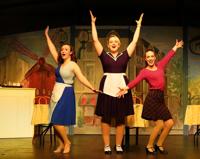 Portions of “Amélie” may not be suitable for children. For more information, please visit http://www.2ndstarproductions.com/. (Courtesy Photo)

Amélie runs 100 minutes (with no intermission) and is being staged through Aug. 24 at the Bowie Playhouse, located at 16500 White Marsh Park Drive, Bowie, Maryland 20715. (Courtesy Photo)

Portions of “Amélie” may not be suitable for children. For more information, please visit http://www.2ndstarproductions.com/. (Courtesy Photo)

“Amélie,” a musical based on the popular 2001 French film, is now playing at Bowie Playhouse.

Directed and choreographed by Kelsey Meiklejohn Bowen, the show focuses on a good-hearted but isolated young waitress who idealizes those who take action to improve the world, even as she feels inadequate to do so herself.

She finally does take the initiative in four different small, yet meaningful ways.

“Amélie” delivers a present of encouragement to a hopeless man; she also helps her father by disposing of the family Gartenzwerg or garden gnome statue (a European symbol of static middle-class life), an item which has been keeping her father living as a social hermit.

She then sets up an “accidental” date for her coworker at the café where they work.

Finally, she unwittingly helps herself by helping other people, developing her character, and becoming a “somebody” while also meeting somebody, the young man Nino. She must first, however, eschew hiding behind doors, awkward telephone interactions and other shy behaviors to embrace life and the possibility for love.

Lindsay Espinosa is excellent as Amélie, with a superb singing voice; this shows exceptionally well in pieces such as “Times Are Hard for Dreamers” and “Stay.” Indeed, soprano Espinosa brings a wealth of experience to the role, having also performed in Gaetano Donizetti’s opera “The Elixir of Love” and Johann Strauss II’s operetta “Die Fledermaus.”

She and the director also positively shape the part; while the Amélie character in the French film comes across as over-the-top eccentric, in this production, she has a more believable charm and naiveté.

It is especially apparent during a scene in which she lovingly picks up a photograph album that Nino leaves behind accidentally when he rushes to catch a train.

Nino, who is played with feeling by Mark Zubaly, is so wrapped up in finding the mysterious man in one of his photos that he himself almost misses out on life.

As he boards the train, he catches a glimpse of Amélie picking up his precious photo album. Since mysteries intrigue him, finding the mysterious woman with his lost album helps control his obsession of finding a stranger in a picture.

All this may be “a riddle, wrapped in a mystery, inside an enigma, but perhaps there is a key,” as one of the lines in the play has it, quoting Sir Winston Churchill. Aref  Dajani, who plays the parts of Lucien, Fluffy and Adrien wonderfully, has put it into his portion of the program notes succinctly: “Nothing here fits neatly, not the characters, plot, not even the end. Connect the dots as you see fit . . .”

Despite occasional non-linear elements, this musical is both charming and engaging. The costumes and props are not set in one particular period. Women dress in styles reminiscent of the 1950s, while Nino’s clothing style is much more contemporary.

Props such as massive black telephones come from a time between these two eras, serving to bestow on this musical an air of universality and a timeless look. Additionally, an image of a windmill (à la the Moulin Rouge), the Impressionist painting backdrop of Renoir’s “Luncheon of the Boating Party” and logos for venues such as “Café des Deux Moulins” add tremendously to the French atmosphere in tribute to the European source material.

There is a live seven-piece orchestra which is conducted well by James Huchla, with the sound mix being an excellent balance between the singers and the instruments. The music is a bit of a mixture – or mélange, to use a French term – between Broadway and rock ‘n’ roll, with a few folk elements as well.

The company performing the work, 2nd Star Productions, known for its stagings of challenging musicals such as “Chess” and “Ragtime,” states that this is the first performance of “Amélie” in our area.

This reviewer recommends the show both on its own excellent merits and also to see a possible future trend in the making! Based on the infectious charm of the current show, this reviewer expects to see the musical quite possibly appear at other area theatres in the future, in much the same way that “The Fantastics,” another difficult-to-categorize musical, has come to be performed widely. Both “Amélie” and “The Fantastics” have a quirky yet broad appeal, and can also be staged as elaborate or straightforward productions.