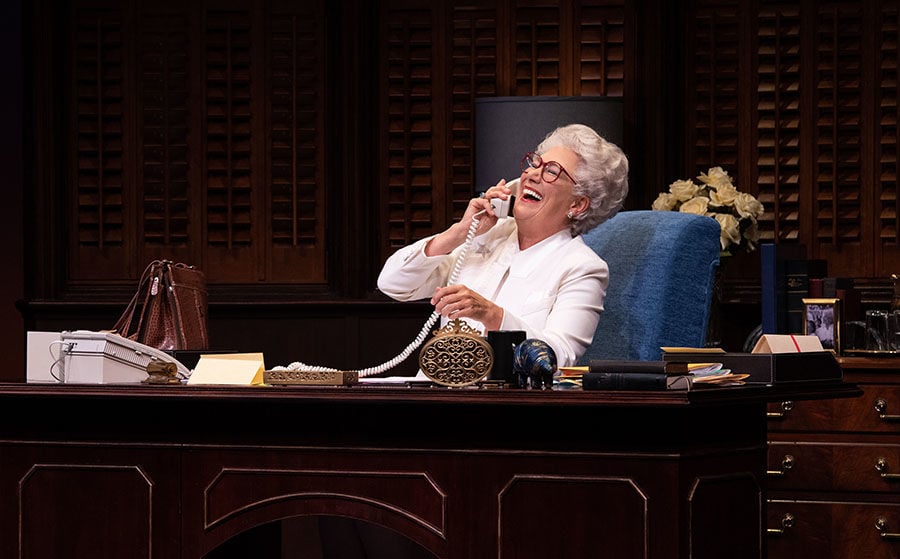 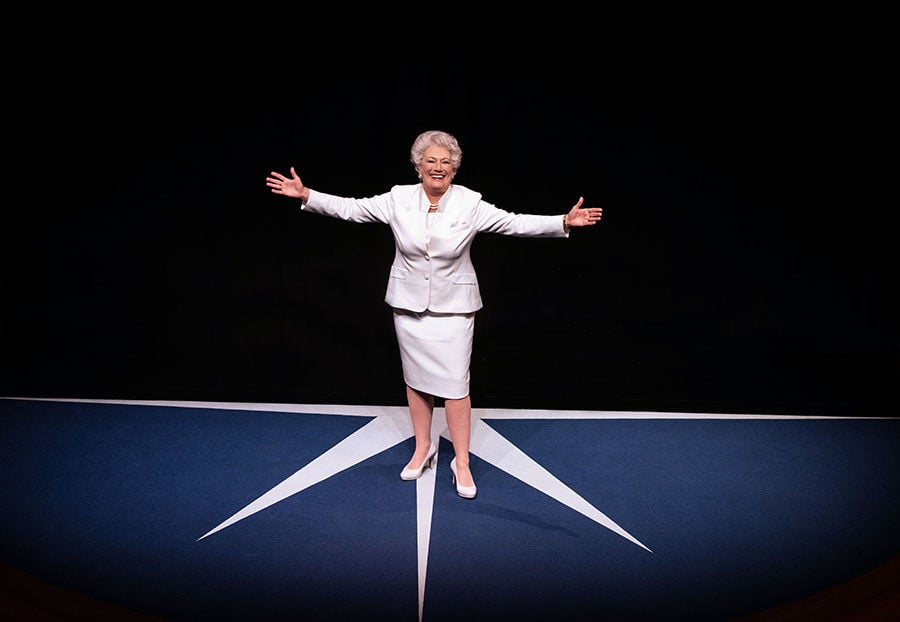 “Ann,” Holland Taylor’s portrait of Texas Gov. Ann Richards, shows the life of the dynamic icon who served Texas for one term from 1991-1995. (Courtesy Photo) 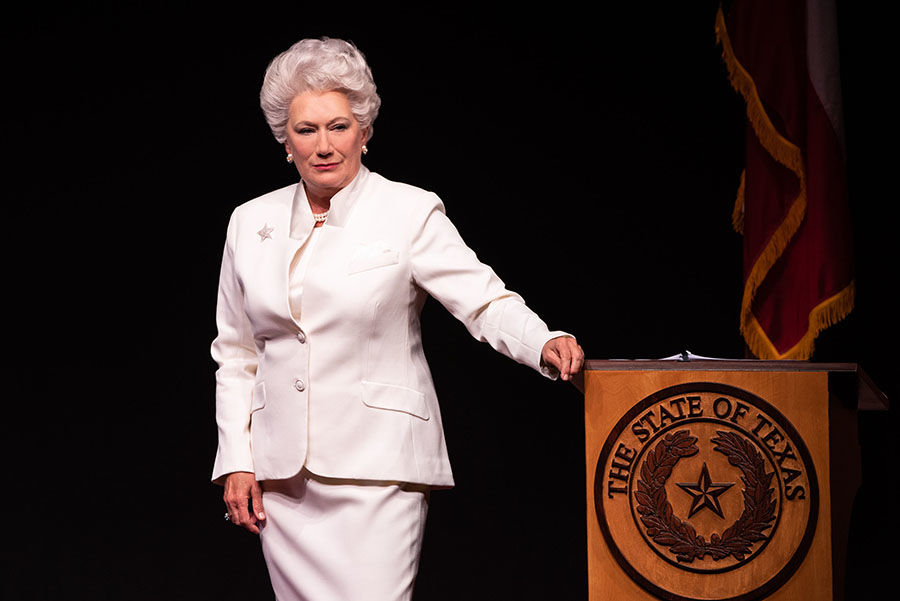 “Ann,” Holland Taylor’s portrait of Texas Gov. Ann Richards, shows the life of the dynamic icon who served Texas for one term from 1991-1995. (Courtesy Photo)

It is still not too late to catch “Ann,” Holland Taylor’s funny and moving portrait of Texas Gov. Ann Richards, that is at Arena Stage through Aug. 11th

The show intimately portrays the life of the dynamic icon who served Texas for one term. Ably directed by Kristen Van Ginhoven, the play, a co-production with Dallas Theater Center, stars Jayne Atkinson, a Broadway veteran, as Richards, whose colorful personality and political acumen gained her a national reputation as a political maverick who bucked the establishment.

Understudy Sherri L. Edelen starred in this one-woman show the night The Sentinel attended and embodied all of Richards’ nuances to a T.

As the play opens, we see Richards talking to graduates about herself at an imaginary college in Texas. We learn about her life growing up with a tough-as-nails mom and a father who doted on Richards. His bawdy tales while taking Richards fishing would imbue her with a salty sailor’s tongue, and the parent’s move later to a diverse community in San Diego would imprint Richards with acceptance for all races.

Later, her marriage to civil rights attorney Dave Richards would result in four children. Richards noted that, initially, she was content “bowing at Dave’s shrine.” However, Richard’s taste for one martini too many would later end their marriage. (When Richard’s family and friends confronted her, pointing out how ugly she turned when she drank, she would clean up her act.)

Faced with refocusing her life, Richards decides on a lark to run for local office, and surprisingly, she wins. When she is elected as governor, Richard’s brilliance and wicked sense of humor, along with her work ethic and southern Texas charm, is nothing short of masterful. She notes that Texas politics is “a contact sport,” and displays a steely backbone. To her credit, Edelen convincingly conveys Richards’ engaging persona, balancing her steely and intimidating side with her compassionate, motherly aspect.

A highlight of the production is watching Richards at work in her office as she interacts with her staff and as she handles a myriad of tasks that come across her desk. This includes taking phone calls from people as important as President Bill Clinton who wants to ask Richards opinion on whether he should nominate African American Congresswoman Barbara Jordan for the Supreme Court.

Another fascinating moment is watching Richards mull over whether she should stay the execution of a man on death row for killing a 76-year-old nun. Richards points out that the Pope and Mother Teresa are calling for a stay of execution. And Richards, herself, is moved by the fact that the man was abused by his father when the man was a child.

It is equally interesting to watch how Richards, despite these weighty issues, reach out to her children to pull her family together for an annual vacation. The mother in her goes between diffusing an old hurt suffered by one of her sons over a simple game of charades played with his sibling to ensuring that a daughter, a vegetarian, is not put upon to cook meat for the get-together.

Despite Richards’ accomplishments, her support of more stringent gun laws would take a toll on her gubernatorial re-election campaign, and she would lose to Republican George W. Bush. Richards would fight her last battle with a formidable adversary—cancer. She succumbed to the disease in 2006.

In the production’s program, Molly Smith, Arena Stage’s artistic director, said notes that there are more women in Congress today than ever in history. She said that Richards’ strength as a politician “was in being courageous by taking on big ideas and fighting for the rights of the people.”

Richards was a force who paved the way for the trailblazing women who are making a difference in today’s political climate.