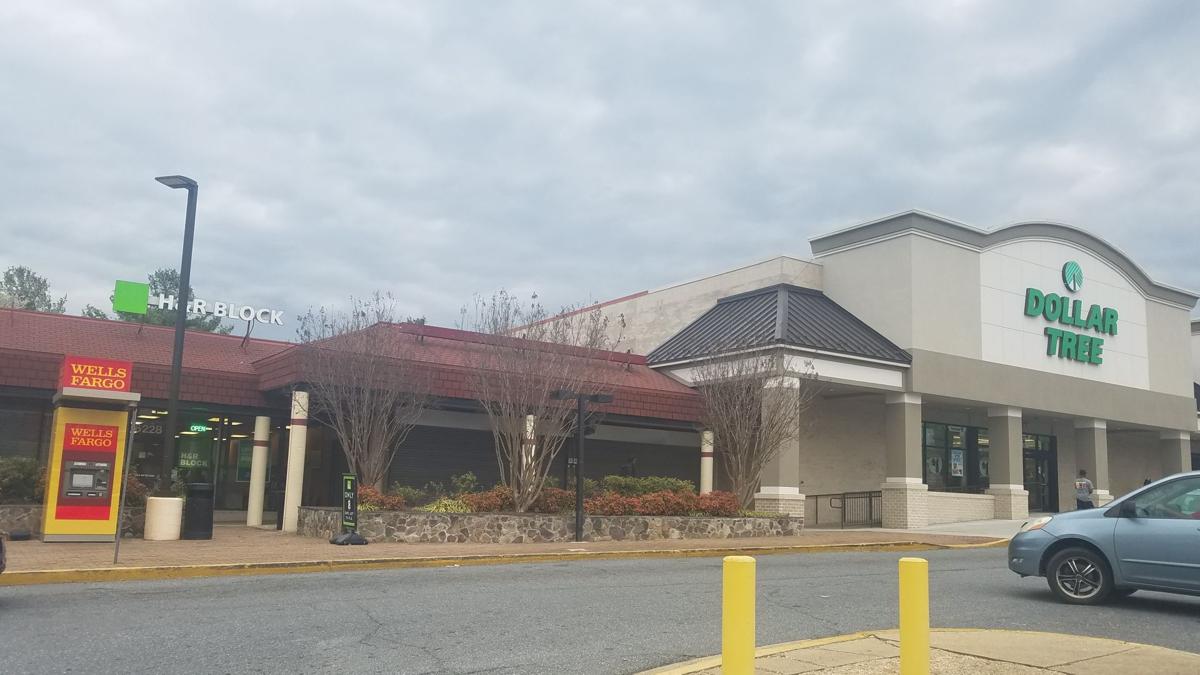 The 3,800-square-foot space that Good Foods will occupy will be between the Dollar Tree store and the CVS. Photo by José Umaña/The Prince George’s Sentinel. 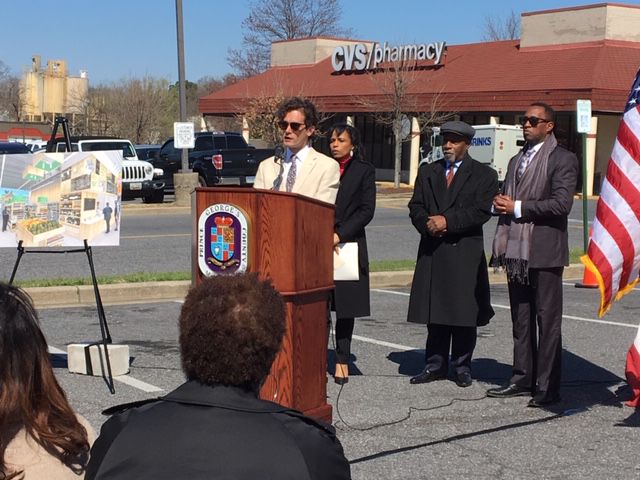 The 3,800-square-foot space that Good Foods will occupy will be between the Dollar Tree store and the CVS. Photo by José Umaña/The Prince George’s Sentinel.

SEABROOK – The announcement of a new grocery store coming soon to the Seat Pleasant area is the start of a strong effort by Prince George’s County officials in solving the almost decade’s old problem of food deserts in several towns.

County officials were joined by Seat Pleasant government members as well as community leaders on April 1 to announce the addition of Good Food Market, a nonprofit organization, on Addison Plaza as a new grocery store option for residents.

“It angered me to drive past this shopping center and to realize that we did not have a healthy grocer in this shopping center area,” County Executive Angela Alsobrooks said. “As much as we love Taco Bell and we love the other establishments, I have to tell you how hurt I was to realize we did not have a grocer…we left the people in this community in this situation.”

For years, the strip mall formally had a Safeway. However, in the summer of 2016, store officials decided to close the location, claiming the location was not making money. Its closure left very few options for locals to purchase fresh foods.

According to Philip Sambol, vice president of operations of Good Food Markets, the nonprofit organization will have to clear out the area and start renovating the space before it can announce an opening date for the new location. It will be the organization’s second location in the metropolitan region.

“There is an established grocery demand, and there was an established community demand by community members who wanted to fresh food access returned back to their community,” Sambol said about Good Food Market’s decision to establish its second location in Seat Pleasant.

According to USDA, a food desert is an area that lacks grocery stores, farmers markets and healthy food providers, which limits the access to fresh fruits, vegetables and other whole food options to the general public. The lack of grocery stores has been a growing topic in the county since 2013 when USDA said several cities and towns were affected by the ever increasing issue.

The addition of the Good Food Market will hopefully ease food access for the community of Seat Pleasant that has been impacted since the Safeway closing. Currently, the closest supermarket, a Save-A-Lot on Martin Luther King Jr Highway is 1.5 miles away and easier to travel to in a car.

“We have individuals, particularly our senior citizens, who have challenges in transportation in getting to a grocer,” said City of Seat Pleasant Mayor Eugene Grant. “This is an exciting day for our residents and neighboring communities, and we are thankful to everyone who has been involved in this.”

Phillip Dickson, 69, moved to the Seat Pleasant area within the past two years and drove 15 minutes to the Shoppers on Silver Hill Road in District Heights to buy his groceries. He appreciates the addition of Good Foods Market as it will be closer to where he lives plus adds variety to the other chain grocery stores around the county like Giant and Aldi.

However, Deavie Lewis, 67, wonders if the size of the Good Foods Market will be adequate to handle the demand of the people of Seat Peasant and neighboring areas. Lewis lives on the edge of the county inside Washington, D.C. in Ward 7 and frequently comes to county grocery stores to get her shopping done.

She was not impressed with the new location compared to the Safeway’s original size. The spot that the former grocery store stood has been taken over by a Planet Fitness gym and two retail stores, Super Beauty and Doller Tree. The 3,800-square-foot space that Good Foods will occupy will be between the Dollar Tree store and an H&R Block office.

“The fact that it is squeezed inside that little space; that is much of an insult to everyone, and I am claiming it too,” Lewis said. “They should have chosen something larger to help the needs of the community. That is not going to be well-supported, but we shall see.”

A possible new concern may be on the horizon for county officials as the Washington Business Journal reported on March 20 that Shoppers Food Warehouse’s parent company, United Natural Foods, is selling off its locations and plans to close the business later this year. Prince George’s County has 15 Shoppers stores, with the closest location from Seat Pleasant located on Silver Hill Road.

Store management said that they did not know of the store’s future and could not comment on the situation at this time. Corporate officials at Shoppers were contacted for comment but did not respond. The county is actively searching for new grocers for all areas of need, Council Chair Todd Turner said. For example, Lidl, a German Supermarket chain, arrived in the county, building a Bowie location and is currently building its second location in College Park.

“We currently have a tax credit for grocery stores,” Turner said. “…When one door closes, another door opens for opportunities as part of that; Depending on what Shoppers wants to do may open an opportunity for the county or somebody else to take advantage of what we have to offer in the county.”

In the meantime, Sambol said that Good Food Market plans to make its presence more known throughout the community before its grand opening in the future. The organization will participate in area farmer markets and local events to get their name out to the public and has encouraged residents to help be a part of the opening process by giving feedback.

“We are severing several thousand households in a one-mile radius,” Sambol said. “So where the supermarket will try to be everything for everyone, we are going to try to serve a very specific need for a specific set of people and those conversations, good, bad or otherwise, are all going to inform what we do. And the more community members can be active participants in that process, the more people we will serve.”