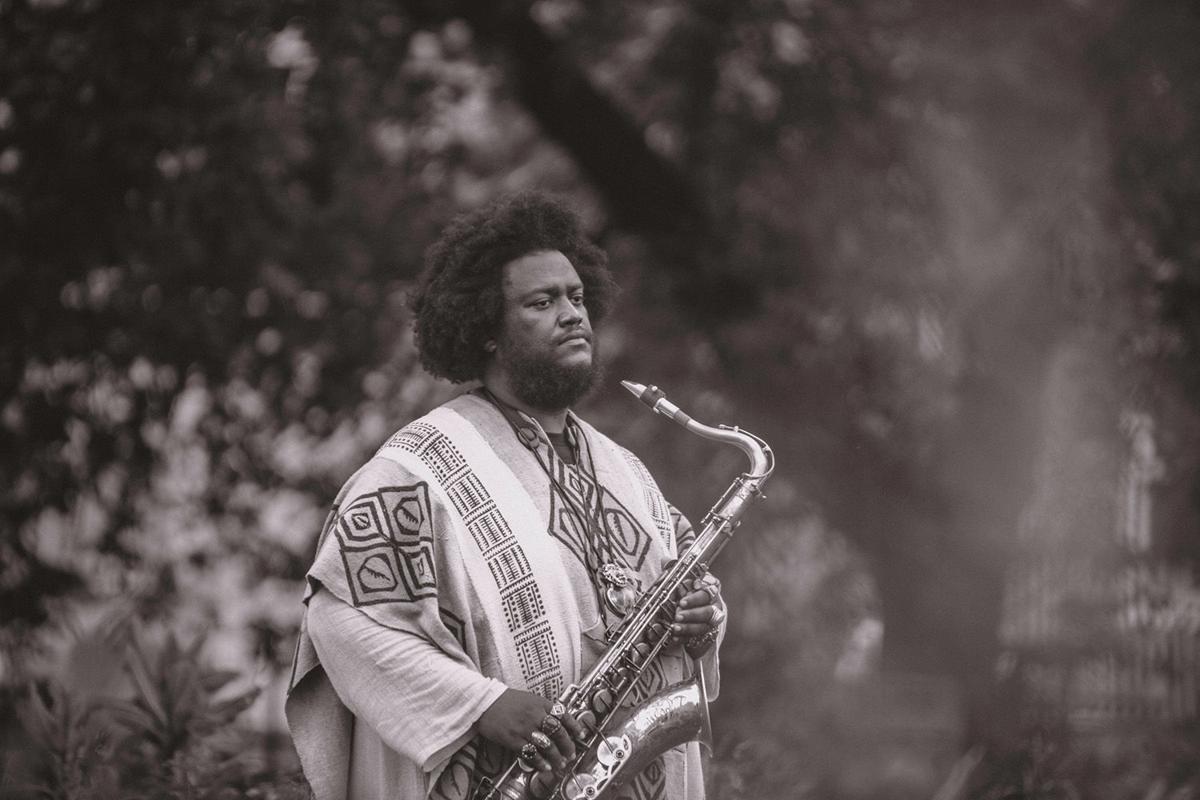 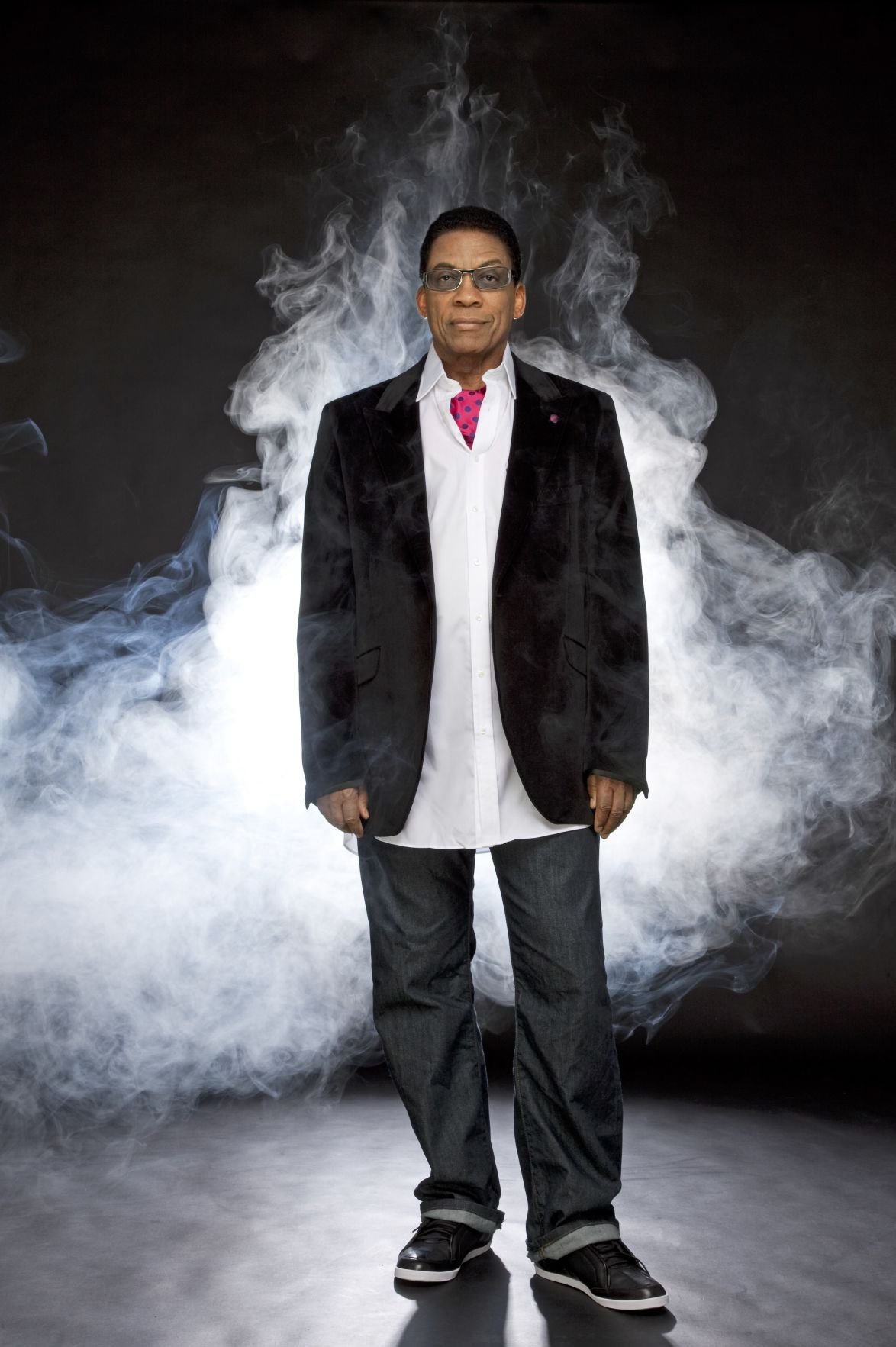 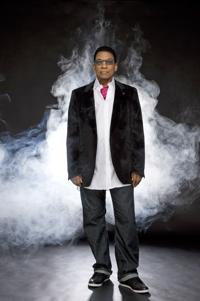 Herbie Hancock and Kamasi Washington, two of the most acclaimed names in contemporary jazz, kicked off a multi-city tour at Wolftrap July 30, during an evening that represented a historical moment in the music genre.

Widely regarded as artists who have acted as bridges between an older generation of jazz and a newer generation, Hancock, 79, and Washington, 38, performed sets that could be summed up as fusion jazz-meets-R&B-meets-super funk. The performances included both old material by the legendary pianist and composer and new material by the accomplished young saxophonist.  A highlight of the evening was Washington joining Hancock for an encore on “Chameleon,” from Hancock’s highly anticipated forthcoming album, expected to be released this year.

Washington released his tour de force LP, The Epic, in 2015, opening the door for young audiences to experience music unlike anything they had heard. The progressive, improvisational music, featuring his 10-piece band, The Next Step, included elements of hip-hop, classical and R&B music. The album won numerous awards, and Washington soon collaborated with other influential artists such as Kendrick Lamar, John Legend and Run the Jewels.

In June 2018, Washington released Heaven and Earth to wide praise, and a film, As Told To G/D Thyself, inspired by the album, premiered at the Sundance Film Festival in January 2019.

Personable and charming, Washington told intimate short stories about some of the musicians in his band, noting that he had grown up with both drummers in LA. “I met Ronald Bruner Jr. at my third birthday party.  He was just a baby, about a year and one-half, and my mom asked if he could play my drums. I said yes and he played like he is playing today. I told my dad that I wanted to change to sax!”

The dashiki-clad musicians were joined by sultry singer Patrice Quinn on “The Harmony of “Differences” during which Washington stated, “’we’re all beautiful, and even though we are different, we all are one. I don’t have to look like you to love you. Our diversity is something to be celebrated.”

During the set, the bandleader generously stepped aside to allow solos by other members. Porter’s solo on “The Psalmist” was a funk workout and Austin and Bruner’s drum through-down garnered a standing ovation from the audience.

Following intermission, Hancock and his accomplished accompanying musicians took to the stage to perform a 90-minute set that was heavy on the electronics and showed why he still is breaking the rules.  Long celebrated as a jazz innovator, Hancock defined the course of post-bop with the Miles Davis Quintet, and with The Head Hunters, took fusion to funkier and more international-minded territories.

Accompanied by drummer Vinnie Colaiuta; bassist James Genus; guitarist Lionel Loueke; and multi-instrumentalist Terrace Martin, Hancock revitalized old tunes like “Actual Proof” and “Come Running to Me,” the passion between the five so intense that at one point, it seemed the audience was holding a collective breath.

Exhibiting age-defying energy, Hancock shifted between the keys on his Kronos synthesizer to play the ivories on a grand piano, only to effortlessly play both at once. “On Cantaloupe Island,” he launched into an energetic jazz-fusion version that showed some phenomenal finger work.

Yet, it was an encore with Washington that garnered the biggest and longest applause of the night. Hancock traded off electric keytar licks with Washington, backed by Hancock’s all-star band. At the end the elder and the youngster hugged each other, as the Filene Center rang with appreciative shouts and whistles.

It was, indeed, a defining moment in jazz that D.C. area jazz lovers will long remember.