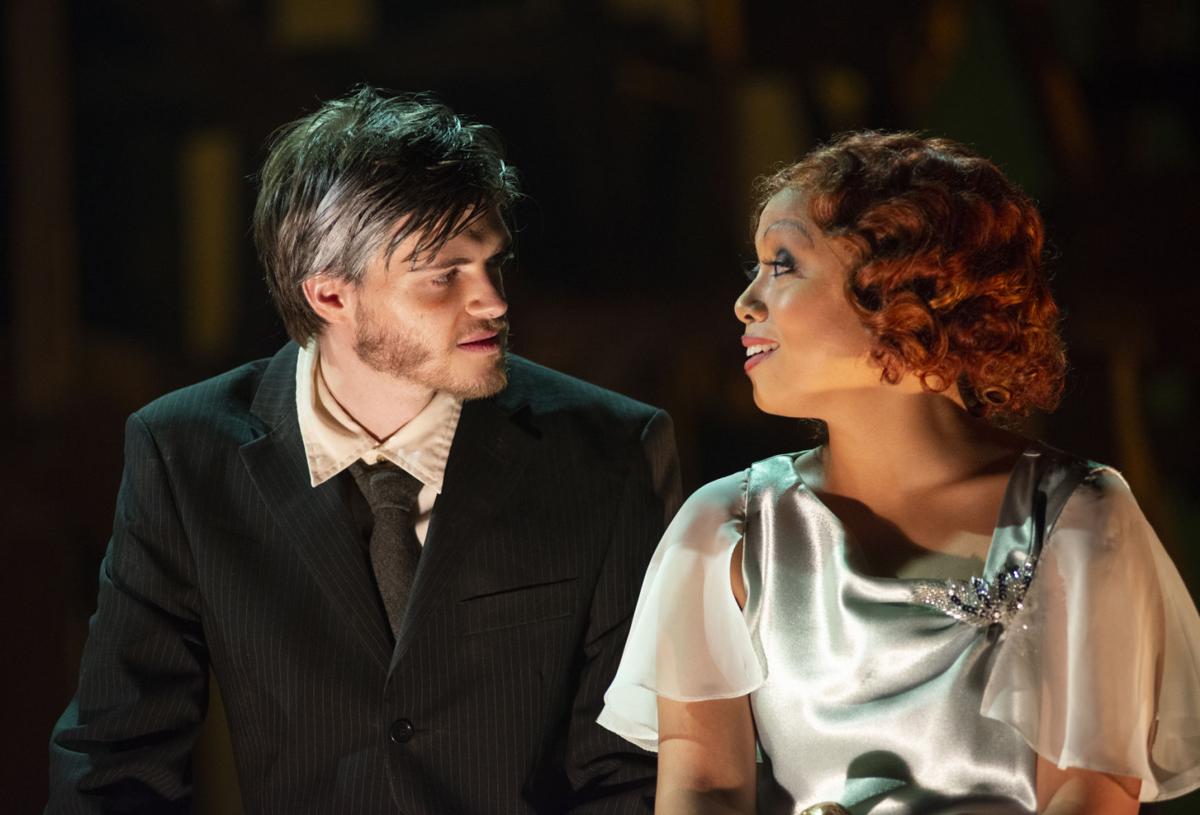 “The Visit” has two final showing on Oct. 5 at the Kay Theatre at the University of Maryland. (Courtesy Photo) 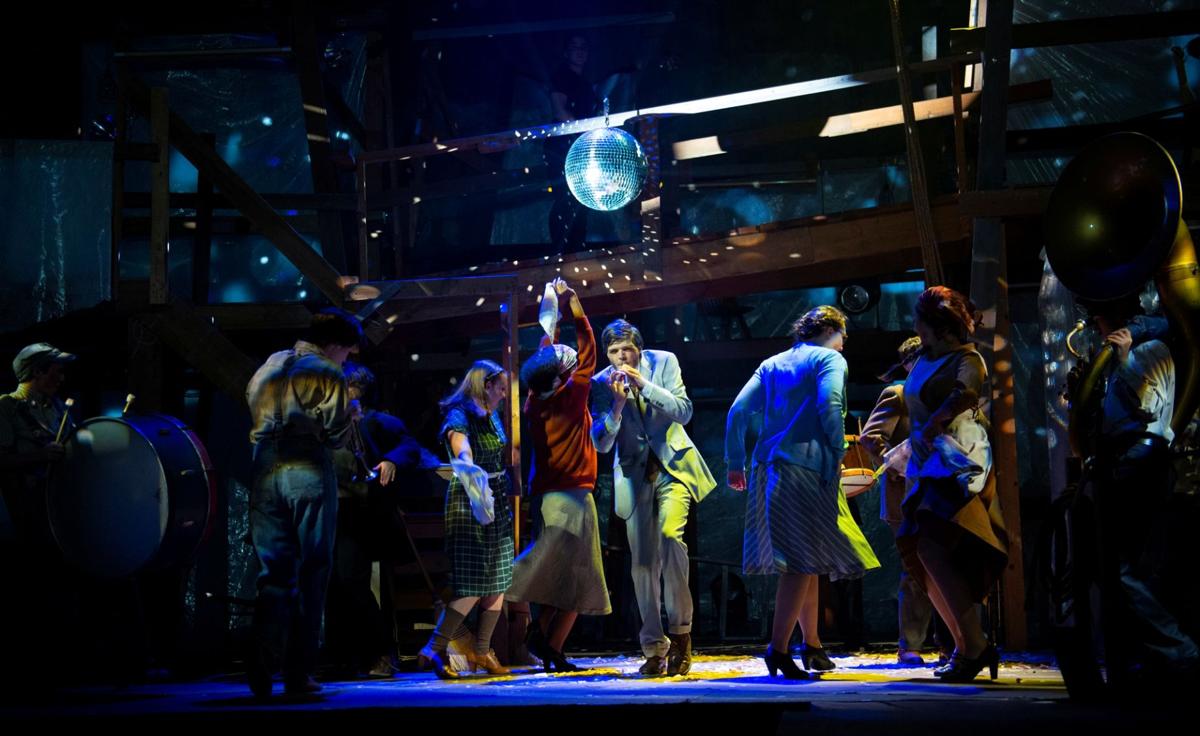 The Visit was performed by the University of Maryland School of Theatre, Dance, and Performance Studies. (Courtesy Photo)

“The Visit” has two final showing on Oct. 5 at the Kay Theatre at the University of Maryland. (Courtesy Photo)

The Visit was performed by the University of Maryland School of Theatre, Dance, and Performance Studies. (Courtesy Photo)

“In Italy, for thirty years under the Borgias, they had warfare, terror, murder and bloodshed, but they produced Michelangelo, Leonardo da Vinci and the Renaissance. In Switzerland, they had brotherly love, they had five hundred years of democracy and peace – and what did that produce? The cuckoo clock.”

So said Orson Welles famously in the classic film “The Third Man.” The University of Maryland’s Kay Theatre (located inside the Clarice Smith Performing Arts Center) sets out to challenge this view in its current production, “The Visit.”

Written by the brilliant Swiss author Friedrich Dürrenmatt, the play suggests that Switzerland is more exciting and morally complex than Wellses’ commentary suggests.

In this play, Claire Zachanassian, an elderly woman of once modest circumstances, receives a warm welcome when she visits her now impoverished hometown of Güllen in what is presumably Switzerland. The mayor goes so far as to make a flattering speech to the townspeople about her hard work ethic and upright character during her schooldays. Claire corrects the mayor and informs all of her dissolute youth and her loose relationship with her then-lover, Anton Schill.

Indeed, after giving birth to their love child, Schill “shamed and framed” her, causing her to leave Güllen in disgrace. Her poverty was so great that her child died soon after. Claire reveals that she has now come back to Güllen to avenge her child’s death by offering “one billion” to the town and its people on one condition: the death of Anton Schill!

“You can buy everything!” retorts Claire.

The dark comedy continues as characters and audiences alike consider which is more dear to them: morality and self-respect, or easy wealth.

Claire Zachanassian is played here by Dion Denisse Peñaflor, who plays the lead character with an excellent mix of human vulnerability and vengeful cold-heartedness. Her foil, Anton Schill, is portrayed by Sam Intrater who conveys an everyman quality to his performance.

The Burgomaster (the play’s translation by Maurice Valency retains some Germanisms) is played with finesse by Taylor Stokes; this is especially true in a scene in which he assures Schill that “the town of Güllen is with you,” even as the Burgomaster now wears bright new shoes and smokes a fine cigar and the rest of the town is on a spending spree! Ben Fish is also quite humorous as the town pastor, who is forced to explain to the hapless Schill why he has ordered a brand new bell for the church!

Written in 1956 in the wake of World War II, “The Visit” and its author were concerned about his country’s seemingly moral exterior in contrast to the great profits the government and its banks made during the Nazi era and later through money laundering. However, the play’s director, Brian MacDevitt, sees “The Visit” directly applicable to our own time, stating: “We are living in an absurdist world where populism has overtaken morality and ethical rationale. In our daily news feed, we are plagued by dread, which turns into sickness and, even worse, apathy. In ‘The Visit,’ Friedrich Dürrenmatt’s story of a mirror-democracy gone amok, we are engaging with a dark comedy that arcs from absurdist spectacle to brutal tragedy.”

This view is widely shared; “The Visit” is a standard literary work in Germany, and versions of the play have appeared worldwide, including on Broadway. It was also turned into a well-received film in 1964 that featured Ingrid Bergman and Anthony Quinn.

This University of Maryland production of the play is very loyal to how it is staged in Europe, as the style of the play was heavily influenced by Bertolt Brecht. Stylized poster boards introducing locations instead of realistic scenery. We see the stage lights and bare wooden boards, allowing the audience to concentrate more on the message and meaning of the play, rather than the staging.

Music is also used not so much to entertain, but rather to keep the audience aware it is watching a play; pieces used include Italian bel canto, “The Merry Widow Waltz” (how appropriate for Claire), Swiss yodeling (of course!), and even the Minnie Riperton recording of “Loving You” (we are sure this was not in the original staging of play!).

“The Visit” is a play well worth visiting: it is, in turn, funny, tragic about the human condition and thought-provoking.

Is it just a story? A parable mainly about Switzerland? Or is it a dark statement about human nature generally? However, one’s “visit” to the Kay Theatre must occur soon, for the play closes after an all-too-brief run on Oct. 5.