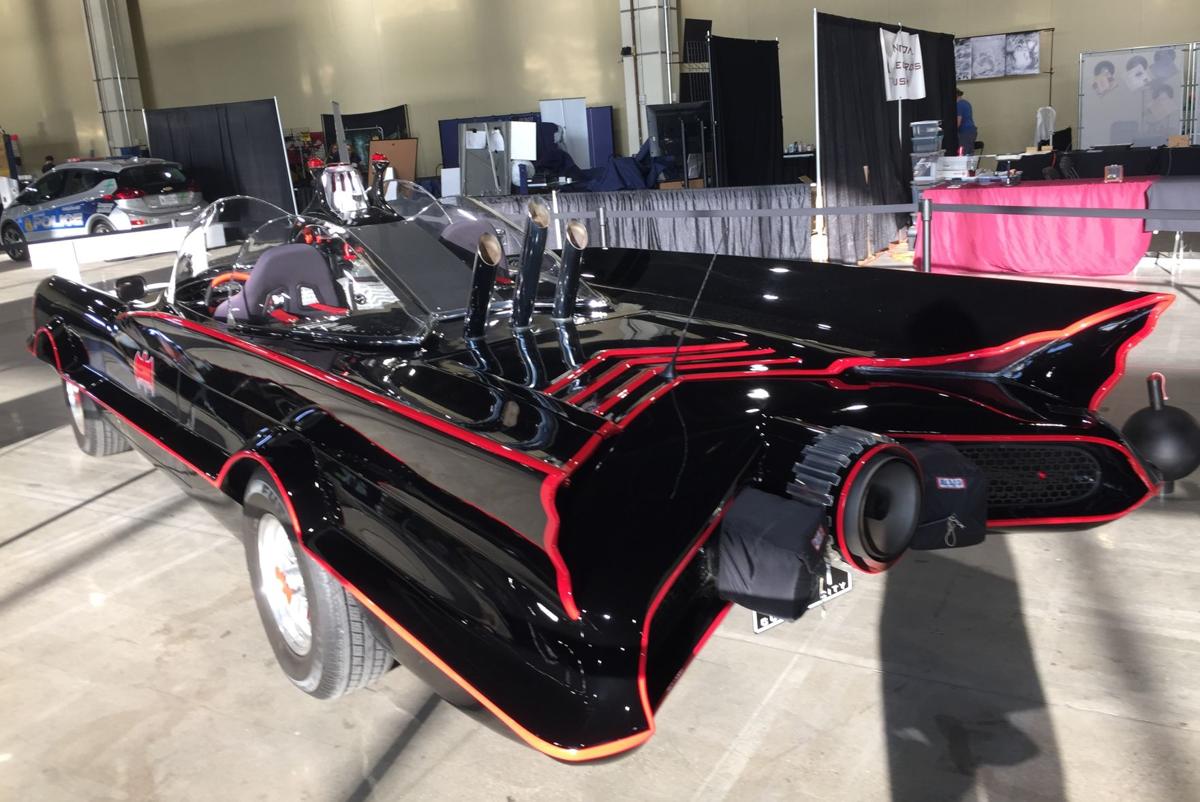 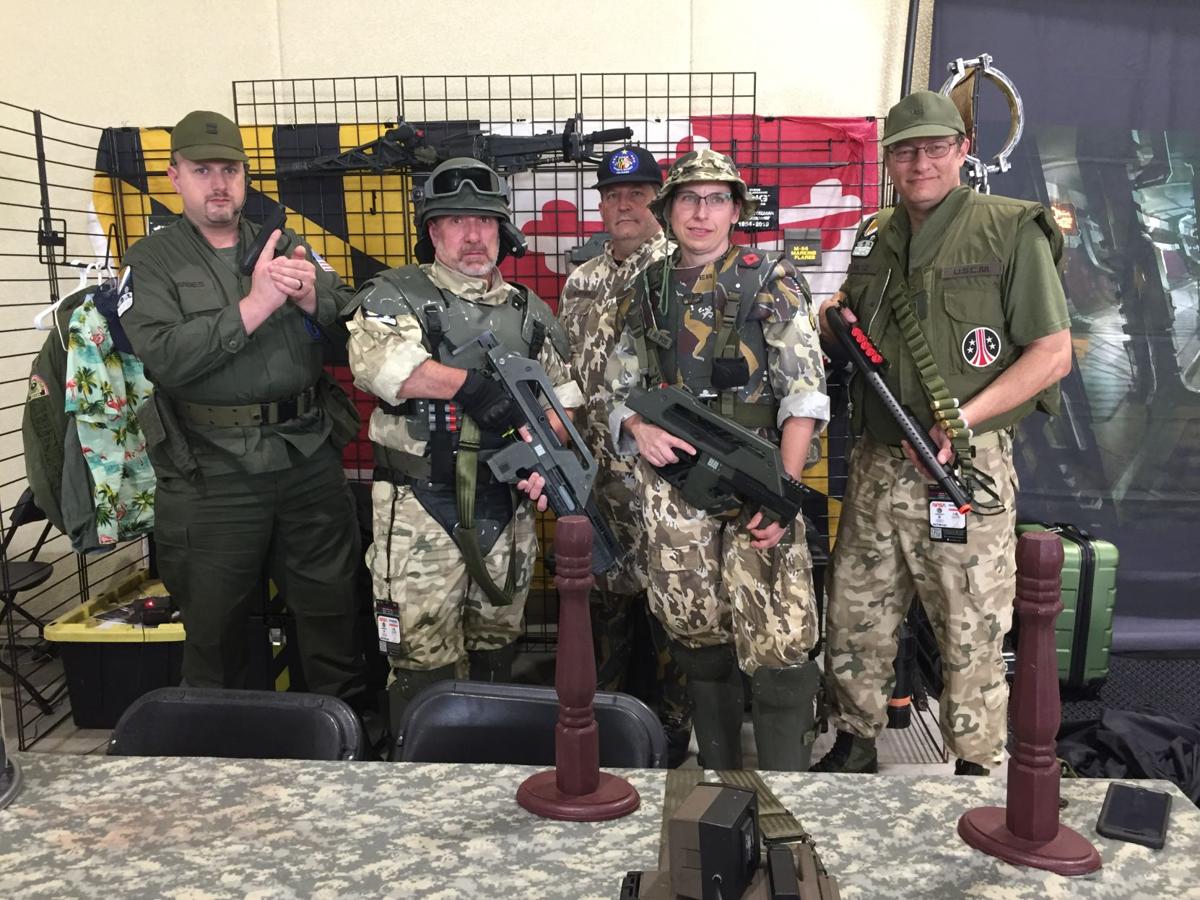 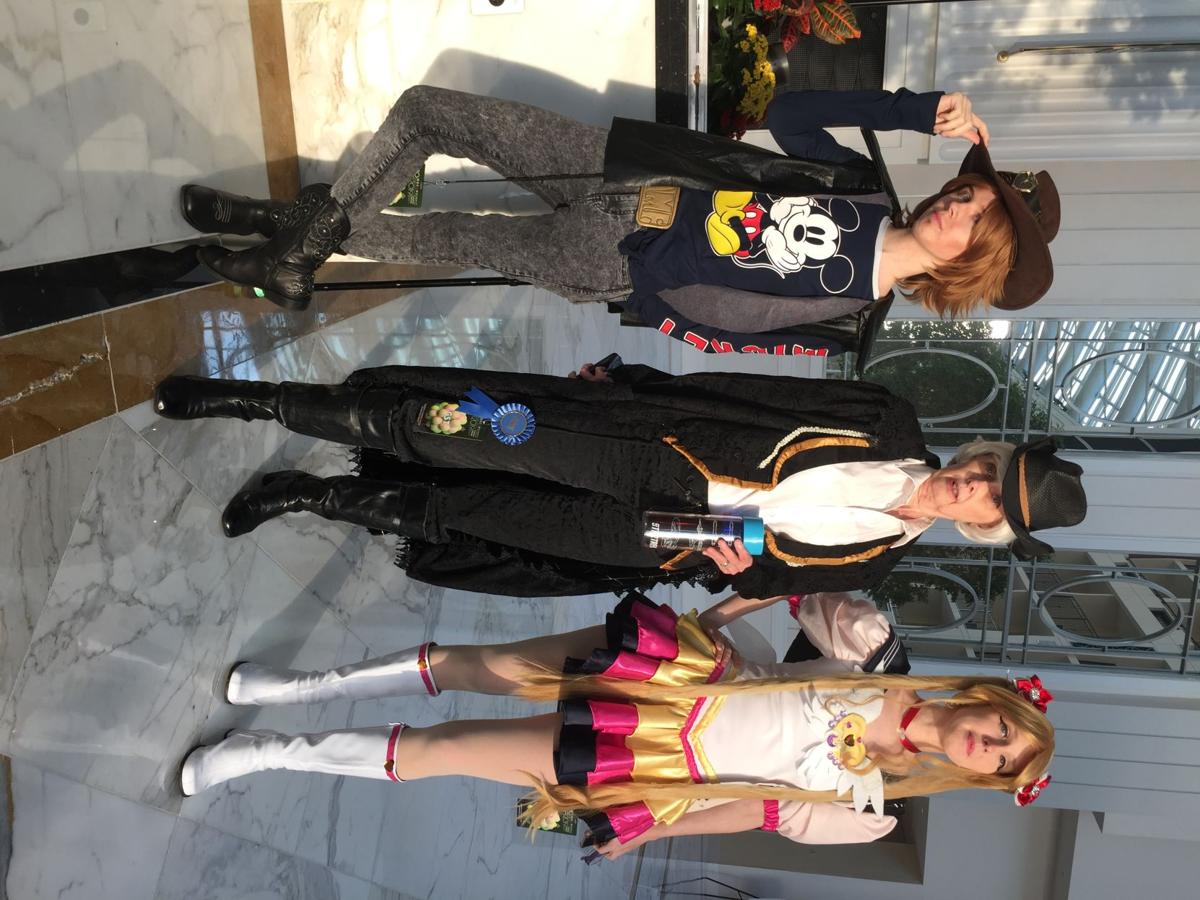 The Museum of Science Fiction comes with the “caveat emptor” imprimatur (we use the Latin, not fully knowing the words in Klingon) as it is dedicated not only to science fiction, but also to the intersections between science fiction and science fact.

An actual museum with a physical location is still in the planning phase – one might say that it currently belongs to the World of the Future – but the organizers do currently hold an annual event, Escape Velocity, in order to provide glimpses of what the museum will eventually be like as well as to celebrate the science fiction field and recent forward-looking developments in science and technology.

These three-day events are currently held around Memorial Day weekend at the Gaylord Hotel and Convention Center at the National Harbor. The Prince George’s Sentinel visited the most recent convention, held on May 24-26.

The event offered a wealth of programming, including appearances by Dominique Tipper (of “The Expanse”) and Gigi Edgley (of “Farscape”), rooms dedicated to sci-fi and fantasy board games, an science fiction writing workshop for teens, a “How To Teach Science Fiction” seminar for college professors, costuming workshops (“Sailor Moon” cosplay, anyone?) and an elaborate multi-player computer-based “Starship Horizons” bridge simulation game.

The game’s main developer, David Hernly of Mythric Studios, explained the immersive bridge simulator. Hernley, who has a dual background in both computer programming and theater arts, described how groups of up to six people play. Each player occupies an officer role such as captain, engineering, tactical, flight or operations as the space team undertakes half-hour “missions.”

The game not only appears at science fictions conventions as a few players have already set up permanent bridge installations in their homes. The set-up is complete even though a commercial version has not yet been released!

A large exhibit hall featured displays of Tesla vehicles and photo opportunities for attendees. They can have their pictures taken on museum-quality recreations of classic science fiction movies and television shows, plus displays by local groups of fans.

We were particularly taken with a group of “Aliens”-style Space Marines (www.colonialmarines.info) who explained enthusiastically the ins and outs of their outfits and equipment to us. In addition, there was a superb replica of the 1966 Batmobile from the campy “Batman” television series, along with the bust hiding the switch to access the Bat Poles and the famous red telephone used by Commissioner Gordon to contact the Caped Crusader!

This reviewer was little prepared for a panel discussion on the proposed U.S. Space Force. The panel featured people with military contracting experience at a technical level above the mere layman. John Bozeman, an educator with a Ph.D. in science and technology studies who attended this session, explained that the Space Force question is a very important issue for the U.S.

In the near term, the U.S. needs to have policies in place as the various countries of the world began to exercise commercial, military and diplomatic power in space. Longer term, policies for policing and human rights need to be agreed upon to protect the rights of civilian space colonists. Otherwise, we could see the rise of unregulated private security forces and space “Pinkerton men.”

More accessible was a program honoring the 50th anniversary of the Apollo program. Chaired by NASA personnel, this presentation surveyed current and upcoming lunar and solar space research. In other conference rooms we saw some very professional-looking amateur (and anime) sci-fi films, as well as talks on behind-the-scenes features of film production.

Melissa Lazaro and Priscilla Pertica gave a particular riveting panel presentation regarding the cultural history of Godzilla in Japan, focusing on the original 1954 “Godzilla: King of the Monsters” movie, known in Japanese as “Gojira.” Far from a mindless monster movie for a Saturday afternoon matinee, the film was shown to be a protest on the development of the hydrogen bomb, in light of the atomic bombings of Hiroshima and Nagasaki.

Our two Godzilla experts also spoke movingly of how the first Godzilla film offered the Japanese an opportunity for catharsis in light of the suffering of experiencing atomic bombings in warfare. When the Godzilla film hit American markets, the message against nuclear technology was interestingly downplayed. However, scenes with the very non-Japanese Raymond Burr (TV’s Perry Mason) were inserted.

This was the fourth annual convention for Escape Velocity, an event which drew roughly 5,000 people the prior year. We wish the organizers well in future conventions with their interesting blend of “science fiction and fact.” We also look forward to a permanent museum to excite the imagination of museum-goers with its visions of the future. To quote the old “X Minus One” the science fiction series, “in a million could-be years on a thousand maybe worlds!”

More information about both the museum and annual event can be found at https://escapevelocity.events.