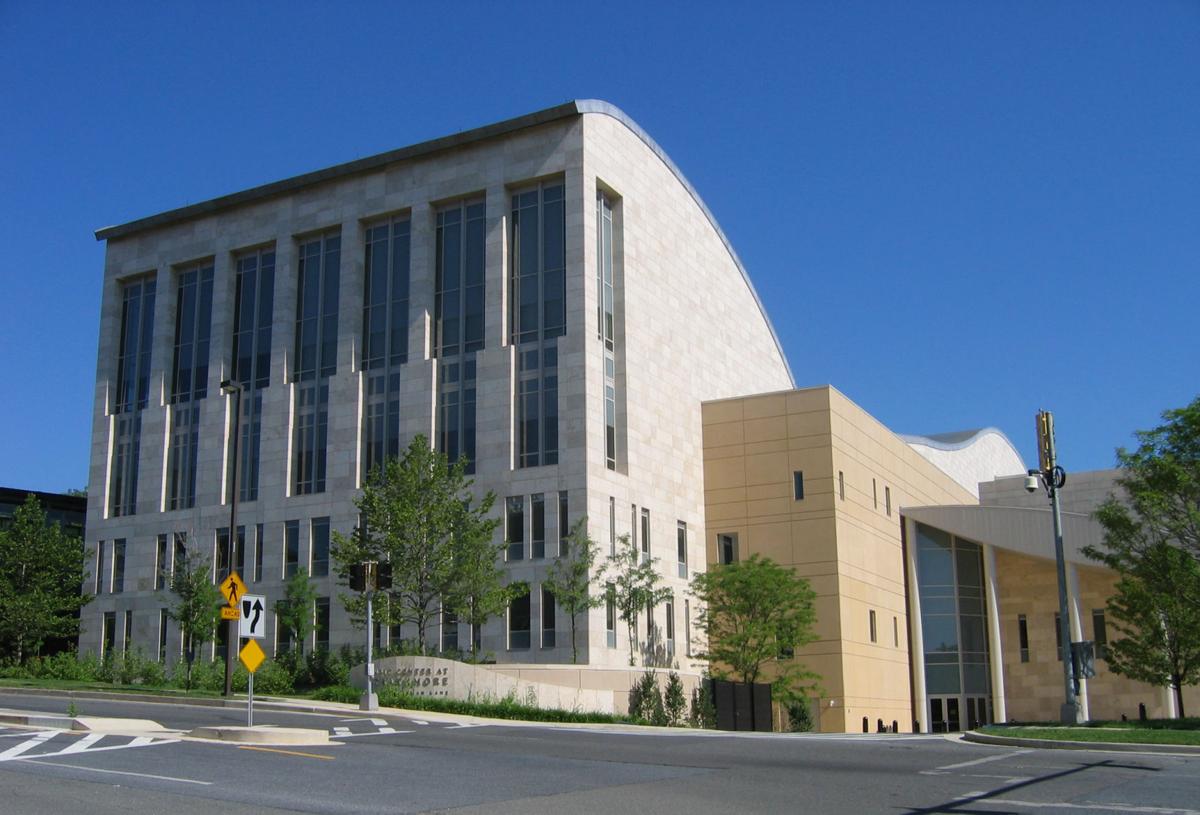 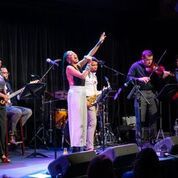 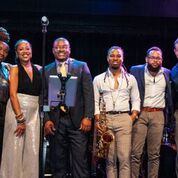 Alumni of Strathmore’s Artist in Residence program took to the stage on Oct. 19 to benefit its mentorship programs for talented young musicians on the rise.

Hosted by the Strathmore Cabaret series, the evening was a tribute to the music of legendary singer and musician Stevie Wonder, one of the most successful and creative musicians of the 20th century. The evening at AMP, Strathmore’s intimate performing arts space in North Bethesda, included an elegant reception and a sit-down dinner.

The highlight was a spirited affair by seven Strathmore alumni who showed off the skills acquired in the program while performing some of Wonder’s biggest and most soulful hits.

Karen R. Lefkowitz, chair of the Board of Directors at Strathmore, and President and CEO Monica Jeffries Hazangeles noted that proceeds from the evening would benefit Strathmore’s Artist in Residence Program and the Young Musicians Training Residency, along with its Maryland Classic Youth Orchestra and Strathmore Children’s Chorus.

Since its inception in 2005, the Artists in Residence program has mentored 88 musicians, ages 16-32. Every year, a class of six is chosen after a competitive selection. Betty Scott, director of the program, noted that the program provides opportunities for education, collaboration, professional mentoring and performance.

In her welcome, Hazangeles stated that while some young musicians may be hearing that they should ‘Get a real job,’ or ‘Go into a profession that pays more,’ Strathmore is delivering on its promise to believe in these talented musicians when it matters most.”

She cited as an example the music director for the evening, Mark G. Meadows, a member of the 2014-15 Artists in Residence class whose star has risen since completing the program. In 2016, Meadows made his acting debut in the Washington, D.C. premiere of the Broadway hit, “Jelly’s Last Jam,” at the Signature Theater. He has gone on to become an acclaimed jazz composer, pianist, vocalist and jazz instructor.

Meadows introduced the other talented seven musicians on stage, including guest artist Romier Mendez on bass. The remaining six musicians all were former Strathmore Artists in Residence. These included vocalists Deborah Bond and Inez Nassara; Nate Foley on electric guitar; Griff Kazmierczak on trumpet and violin; Dante’ Pope on drums; and Trey Sorrells on saxophone.

The group impressed the audience with its spirited and lively renderings of Wonder’s hits that ranged from “Sir Duke” and “Superstition” to “Overjoyed” and “Higher Ground.” “I Wish” and Living for the City” had the audience clapping along in the acoustically perfect room. In between songs, the audience also heard from Pope, who spoke on behalf of his fellow program artists.

“Before the program, I was a vocalist hiding behind the drum set. I was searching for a space to find and learn my own voice, my truth. Through this program, I found it,” said Pope. “I’ve learned how to use it and gained a broader understanding of my purpose in the classroom and on stage.”

Since completing the program, Pope has released his debut EP, ‘After Five Music’; joined the Levine School of music faculty as a percussion instructor and was featured on a Grammy-nominated album named ‘Black Cowboys.” The album is a collaboration between the Smithsonian Folkways and Grammy award-winning artist Dom Flemons, a founding member of the Carolina Chocolate Drops.

For some in the audience, like Cassandra Foley, mother of electric guitarist Nate Foley, the night could not have been more special.

“The program has opened many doors for him and has allowed him to sustain himself as a musician in California,” Foley said. “It also continues to draw him back for opportunities in this area like working with the Primary Blues program that Strathmore is offering to fifth graders in Montgomery County.”

On Nov. 20, the 2020 Artist in Residence class will present a Fresh AIR program at AMP. Christian Douglas, 26, a member of that class, was in attendance for the fall benefit. A member of the U.S. Army Chorus, Douglas sang “Nessun Dorma” for the President of Italy at the White House recently, and said he is delighted to be a member of the upcoming class.

“To be a part of the legacy here at Strathmore is very exciting and an honor,” said the Towson native.