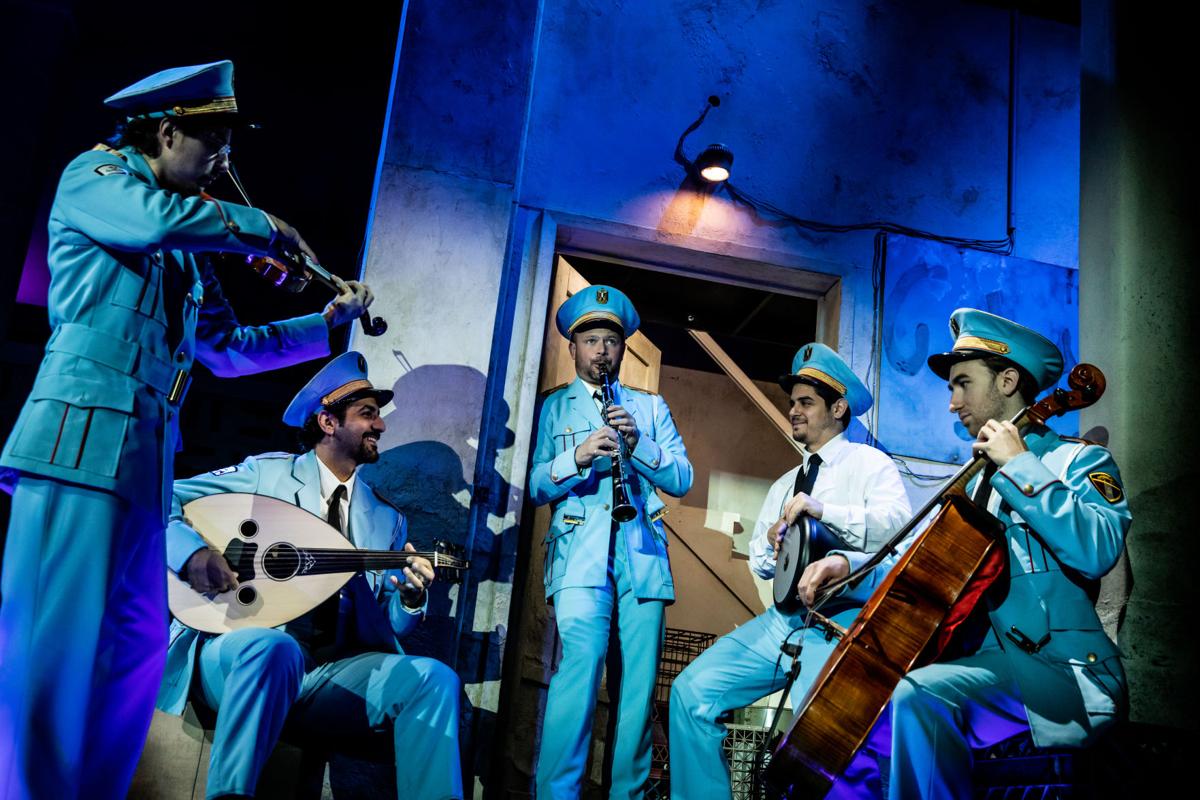 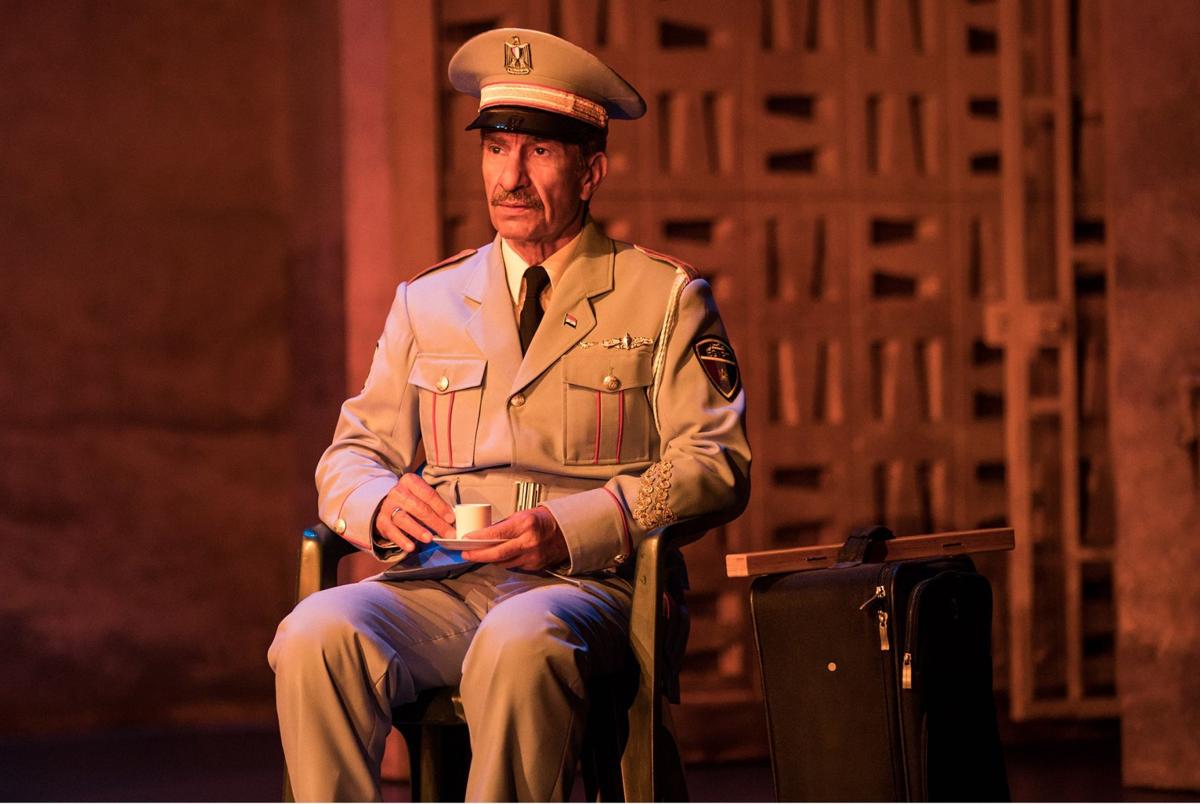 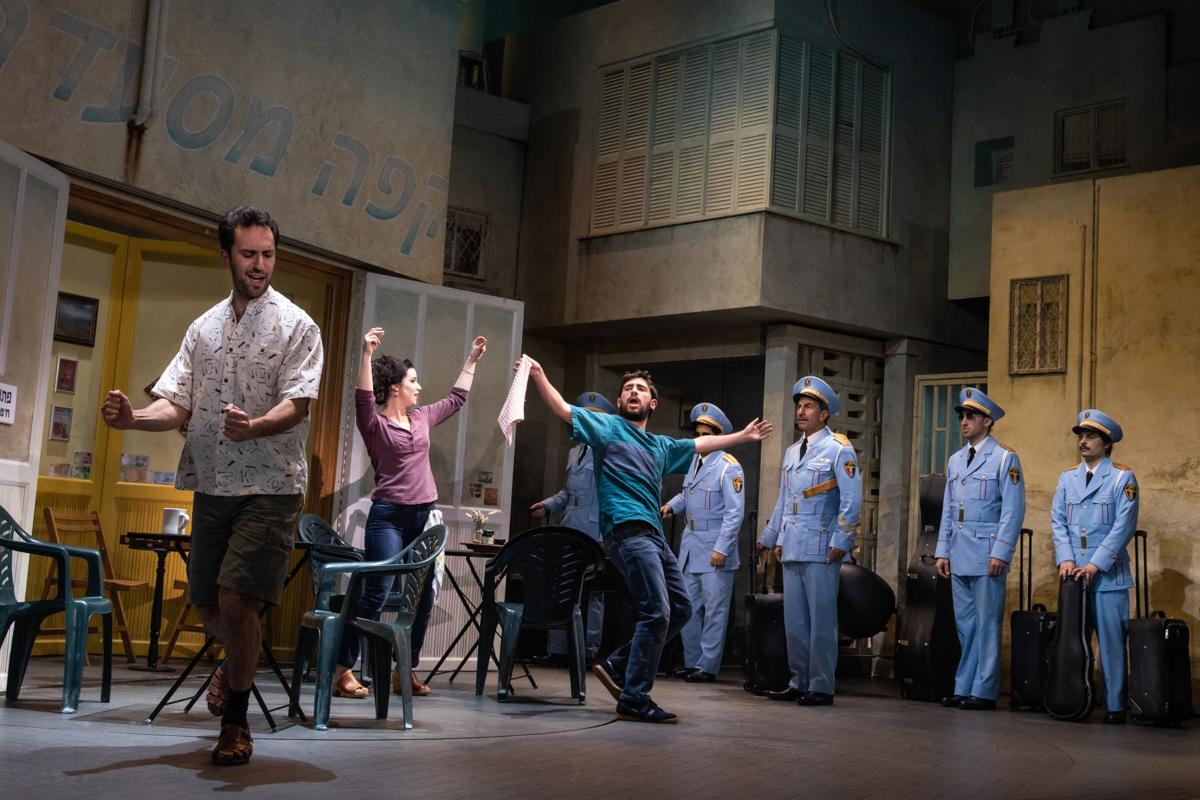 “The Band’s Visit” can be seen at the Kennedy Center through Aug. 4 in Washington, D.C. and this deceptively simple tale about the commonalities between human beings is a refreshing addition to this year’s theater scene.

A winner of 10 Tony Awards, the musical features solid acting, terrific music and a storyline where strangers meet and share their stories of love and loss, regrets and hopes for a better life.

Based on the 2007 film of the same name, the plot revolves around an Egyptian band (The Alexandra Ceremonial Police Orchestra) which arrives in Israel to perform a concert at the opening of the new Arab Cultural Center.

When a center representative fails to meet the band at the train station, the band’s conductor Colonel Tawfiq (the terrific Sasson Gabay) directs the trumpet player, Haled (Joe Joseph), to buy bus tickets to their destination.

Because of a breakdown in communication, Haled buys tickets to the desert town, Bet Hatikva, instead of their intended city, Petah Tikvah.

What happens next is a delightful cultural awakening in a town so dull that even uninvited Arabs are a delightful respite.

In Bet Hatikva, waiting is the rule of the day, and restlessness hangs over the village like a lazy cloud. The remote way station consists mainly of a café and an apartment building.

The Bet Hatikvans include café owner Dina (the wonderful Chilina Kennedy); the unhappy, young married couple Itzik (Pomme Koch) and Iris (Kendal Hartse), who lives with her father, Avrum (David Studwell) and their baby; Papi (a girl-shy Adam Gabay); and the Telephone Guy (Mike Cefalo), who waits patiently  outside an outdoor public telephone that never rings.

Directed by David Cromer, the play’s strength is in its delicious interplay between the residents and the members of the band who are stuck in this remote post for the night.

When Dina invites the band to stay until they can catch the next bus out in the morning, we see these strangers, who could be adversaries, begin to open up, listen to one another and reveal the oneness between them.

The show kicks off with “Waiting,” “Welcome to Nowhere” and “It Is What It Is,” which sets the tone for the sleepy town and the action to come. As the hour’s pass, lodging is arranged and connections are made, revealing the oneness between the individuals who are just trying to navigate life.

As the sensual Dina Kennedy (who recently starred in “Beautiful: The Carole King Musical”), is a woman who has had her disappointments in life, yet she finds a kindred spirit in Tewfiq, a widower who is older and haunted by decisions he has made in the past.

Dignified, and the epitome of compressed emotions, Tewfiq is first apprehensive about opening up to Dina,  but despite language barriers, the two bond by sharing their love of Egyptian films. In the song “Omar Sharif,” sung beautifully by Kennedy, the two reminisce about past romances. They carry the show, yet, other members of the orchestra have their own unique experiences in the town.

Camal the violinist, (Ronnie Malley) is at the home of Itzik and Iris.

When the couple gets in an argument over Itzik’s lack of motivation to find a job, it is Camal who plays his violin to calm the baby while Itzik sings a simple lullaby.  Haled, a ladies man who comes on with women with a pick-up line based on his idol, Chet Baker, is off at a roller skating rink with Papi. There, he is trying to help Papi overcome his numbing fear of connecting with his date.

Throughout the play, the theme of waiting plays out in the  efficient script (i.e.: The Telephone Guy who lingers by a phone for weeks waiting for his girlfriend to call; the clarinetist Simon’s (James Rana) inability to finish a concerto; and Iris waiting for Itzik to grow up and get a real job).

By morning, however, lives have been transformed, and the status quo of all has been shaken to the core. When the show ends with the band performing the next day at the center, the upbeat and infectious Middle Eastern rhythms and inflections will have you happily clapping along.

A dynamic creative team adds to the show’s appeal, and Scott Pask’s revolving stage is both clever and efficient.

Kai Harada’s sound design perfectly complements the superb musicians in the orchestra pit, and dialect coach Zohar Tirosh-Polk deserves a shout out for helping to capture the proper dialects, with this diverse cast.

“The Band’s Visit” runs one hour and 45 minutes with no intermission.