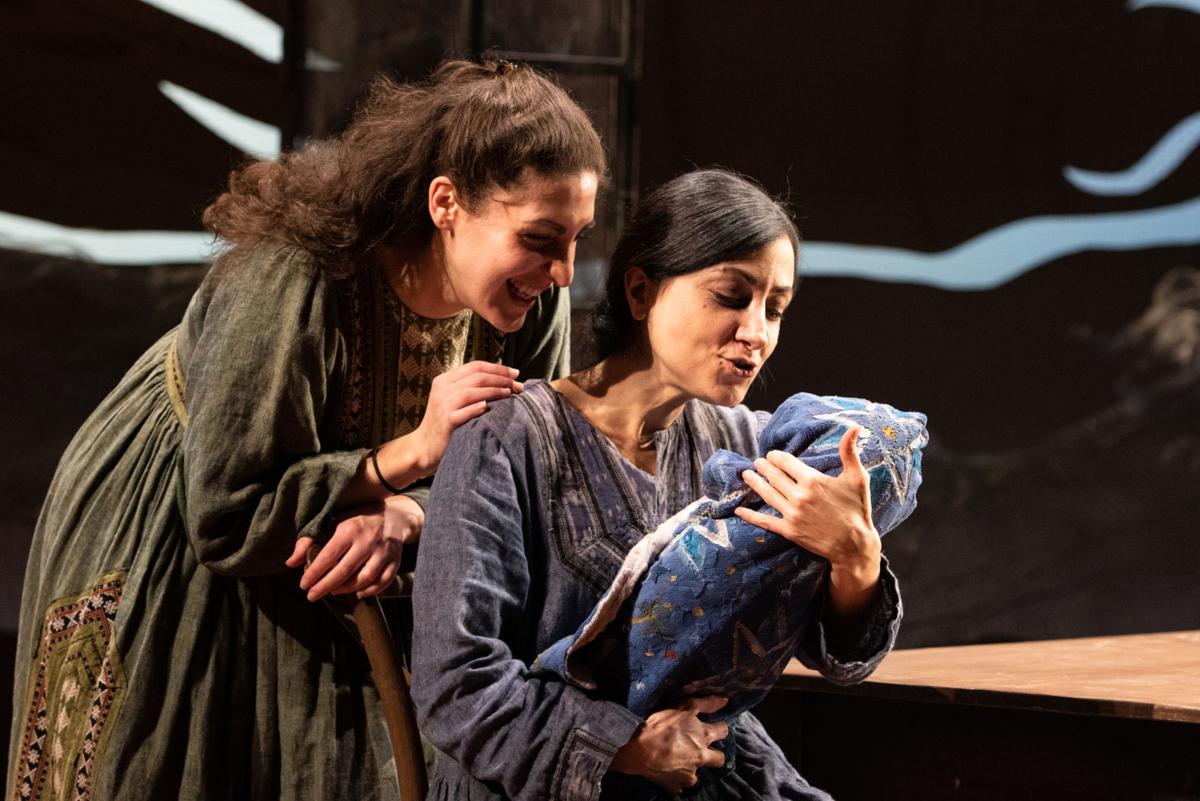 Arena Stage’s “A Thousand Splendid Suns” will be performed at the Kreeger Theater through March 1. (Courtesy Photo) 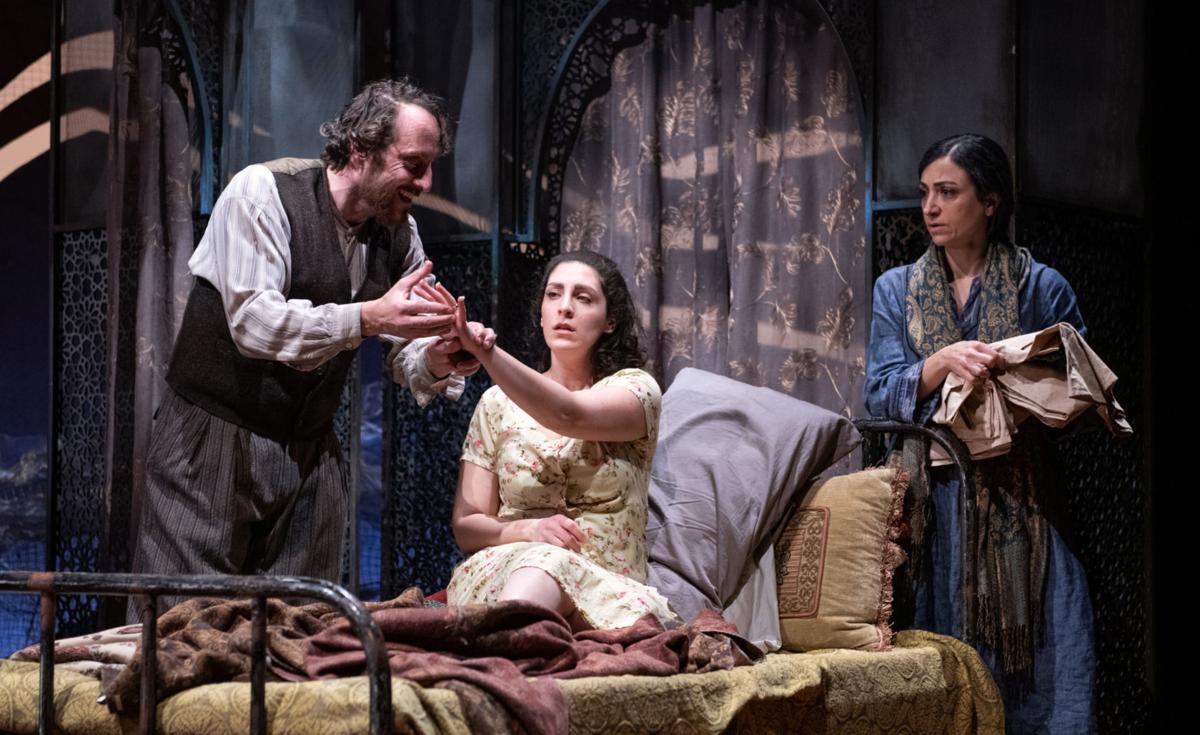 The harsh treatment of women in Taliban-occupied Kabul is viewed through a dark lens in Arena Stage’s “A Thousand Splendid Suns” on stage at the Kreeger Theater through March 1. (Courtesy Photo) 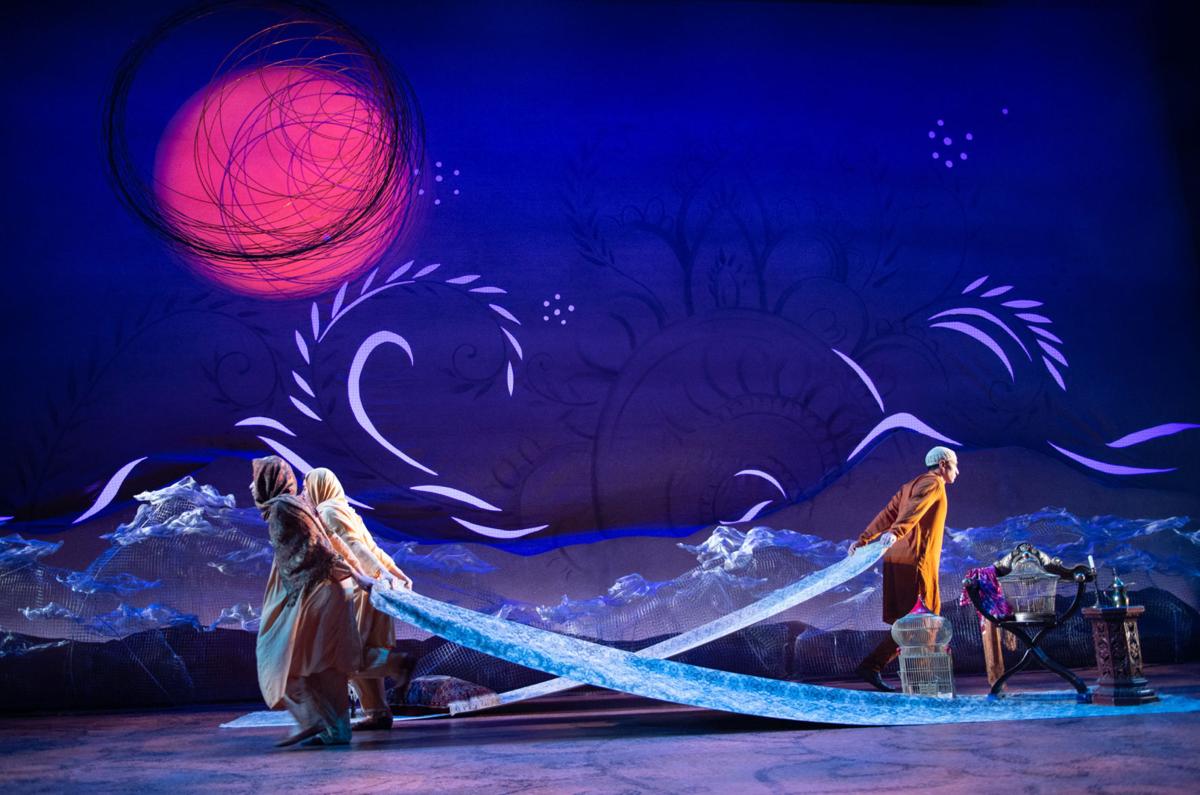 Arena Stage’s “A Thousand Splendid Suns” will be performed at the Kreeger Theater through March 1. (Courtesy Photo)

The harsh treatment of women in Taliban-occupied Kabul is viewed through a dark lens in Arena Stage’s “A Thousand Splendid Suns” on stage at the Kreeger Theater through March 1. (Courtesy Photo)

The harsh treatment of women in Taliban-occupied Kabul is viewed through a dark lens in Arena Stage’s “A Thousand Splendid Suns” on stage at the Kreeger Theater through March 1.

Based on Khaled Hosseini’s 2007 novel, the play explores the last 33 years of Afghanistan’s tumultuous history of war and oppression through the eyes of two women, Mariam and Laila.  Haunting and emotionally wrenching, the play gives you an intimate look at what Afghan women, many accomplished professors, doctors and lawyers, had to endure due to the terror inflicted on them by the oppressive Taliban. The mujahideen sect scorned democracy and any form of Islam divergent from their own.

Adapted by playwright Ursula Rani Sarma, Carey Perloff directs the Arena Stage production. The former Oxford Fulbright Fellow admirably transports the audience to another world in which Hosseini, “asks us to see Afghans not as faceless statistics, but as human beings who love, struggle and yearn,” says Arena’s Artistic Director Molly Smith, in the program notes.

The play, set in between the 1960s to 2000, opens with two women pulling a long rug runner across the stage with their belongings, as two men cross their paths doing the same. We quickly realize they are leaving their beloved country behind, and slowly others join this sad pilgrimage.

The audience meets Laila (a terrific Mirian Katrib), a teenager, who is helping her father Babi (Joseph Kamal) select a few books from the many that he has. He cannot decide which ones to leave behind. Laila’s mother, Fariba (Lanna Joffrey), is urging them to move quickly because a taxi soon will be coming to take them away. In the background are the sounds of missiles whistling as they bomb nearby areas.

When Laila’s mother and father go into their house, while Laila stays behind, a bomb suddenly hits the house. The scene changes to the home of the shoemaker Rasheed (played terrifyingly by Haysam Kadri), who has rescued the orphaned Laila from the rubble and who demands that his wife, Mariam (a superb Hend Ayoub) nurse the injured teenager.

The audience quickly learns that Rasheed is not just compassionate. He has eyes for Laila, who he has watched grow up playing with her childhood friend Tariq (Antoine Yared), an outgoing lame boy who is destined to be wed to Laila. However, when Rasheed brings a man to the home who tells Laila that Tariq has died as a result of an accident, Laila quickly agrees to marry Rasheed. Later, we learn why she agrees to do so, which sets up the most compelling part of the play.

Meanwhile, Mariam, 16 years older than Laila, resents the teen. Once it is learned that Laila is pregnant, Rasheed demands that Mariam waits on her hand and foot. This sets up the introduction to the sad life that Mariam has endured. Born illegitimate, she was orphaned after her mother hung herself, and her father gave her to Rasheed, an older man seeking a wife. Mariam has lost over six children during childbirth, while Rasheed constantly demeans her and derides her.

The play takes a compelling turn when Marian falls in love with Laila’s baby girl, Aziza (Nikita Tewani), and the two women grow incredibly close. As the Taliban tighten their grip on Kabul, the world outside becomes increasingly dangerous. When Laila becomes pregnant again, Rasheed happens to lose his store at the same time, leaving him with no means of an income. He quickly becomes bitter and frequently abusive. Jealous of the friendship between the two women, and suspecting that Aziza may not be his daughter, he becomes even more tyrannical, particularly towards Mariam.

The scenes where Rasheed threatens beats and terrorizes the women are so realistic that many may want to prepare in advance. Also harrowing are other scenes that include Laila undergoing a cesarean section without anesthesia when she gives birth to her first child.

However, these disturbing, jarring scenes drive the point of the play. Afghan women were considered second class citizens who were completely under the rule of their husbands and had to obey their orders, along with the misogynistic rules of the Taliban.

Still, Laila and Mariam display great courage and resilience as they fight back in the only way they can. The ultimate courage is displayed by Mariam, as she valiantly sacrifices her own life to save Laila and the children. It is a heartbreaking moment, and Ayoub’s grace and heroism is winningly convincing.

In addition to the play’s excellent cast, kudos go to Ken McDonald for his excellent set design, Robert Wierzel for the lighting design, and to sound designer Jake Rodriguez. The original music was written and performed by David Coulter, with costumes by Linda Cho.