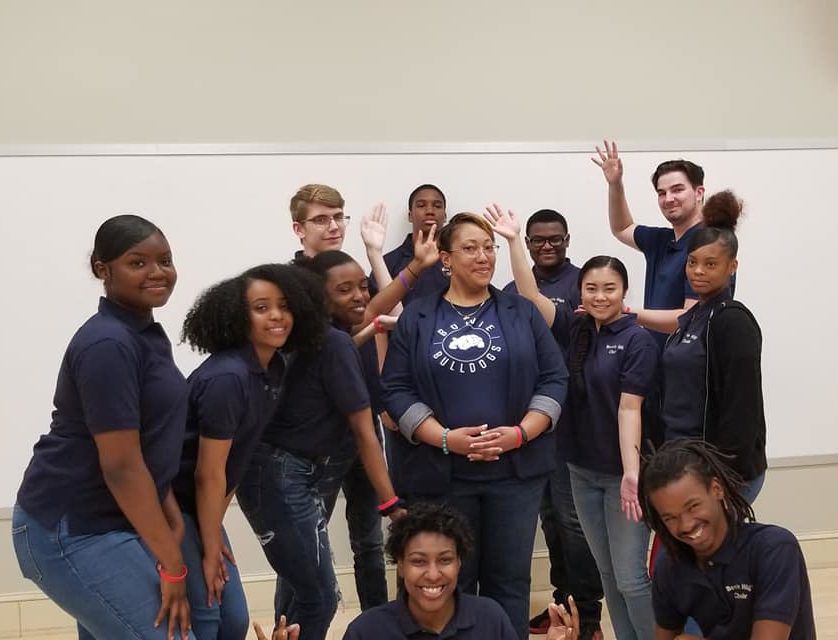 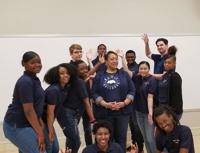 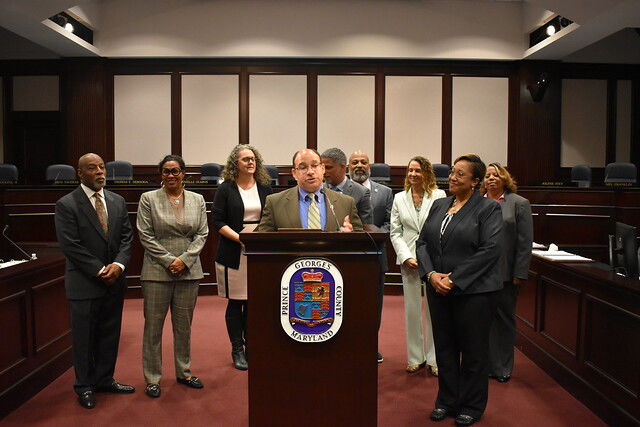 “I think this honor is well deserved and I’m looking forward to seeing not only the wonderful things that she participates in, but our scholars as well, and being a part of a class of teachers of the year,” said Bowie High School Principal Robynne Prince.

Brooks has been teaching at Bowie High School for two years but teaching choir for a total of 11 years. The longest time she spent at a school was at Benjamin Foulois Creative and Performing Arts Academy for four years.

Brooks said she had been involved with music her whole life since she started singing for local churches at age 15. She went on to get a degree in vocal performance and media management and a master in vocal pedagogy. In her last two years of college, she was told by a friend that the county was in need of music teachers. Since she was teaching private lessons at the time, she felt it was something she could do and joined a residential teacher program.

“I try to be engaging,” Brooks said. “I try to make the lessons practical and meaningful.”

In Brooks’ classes, they do not just look at the notes in the music, but they talk about the meaning of it, encompassing all aspects of music in their lessons. They look at the lyrics, how it’s written and the techniques used to compose it.

For her, the best part of teaching is about making an impact in the lives of her students.

Prince said Brooks has a way of making students feel as if they are part of a puzzle in the choral community as she makes each scholar take ownership of their part whether they are singing in a musical or are part of set design.

“She creates an atmosphere that demands professionalism no matter the age of the scholars,” said Prince. “She treats them as if they were all Broadway singers or singing at the Met or singing at the Kennedy Center. She has set forth that type of climate and structure.”

Despite all of its high points, being a teacher, especially a music teacher, comes with some challenges. For Brooks, it comes down to resources or lack thereof.

The students need more chairs and stable risers, but sometimes, these things are hard to come by. They need proper equipment that supports their posture so they can sing because “the body is the instrument.”

“I have four choirs here, two of them are among the best choirs in the state of Maryland. The kids in all four choirs work very hard to grow and develop as musicians, it’s a very rigorous program, but it’s been difficult.”

However, Brooks called being named teacher of the year “humbling and also validating.”

“In my experience as a music teacher, as a choral educator, I understand that not all schools and not all programs support their music department or their music educators,” she said.

Brooks was honored at a ceremony with other Teacher of the Year nominees on May 4. Prince said the ceremony was reminiscent of the Grammys or the Tony Awards as teachers walked down the red carpet.

Additionally, she was given a proclamation by the Prince George’s County Council on May 14. County Council Chair Todd Turner called Brooks to the front of the room where she was met with applause from the rest of the council and those in attendance at the meeting.

“Whereas Angelica Brooks is being honored for her exceptional achievement of being named the 2019 Teacher of the Year and whereas as a vocal general music specialist at Bowie High School, Ms. Brooks has contributed to more than 10 years of dedicated service to the Prince George’s County Public School system and continues to bring effective instructional effectiveness to her students and the school community,” Turner read from the proclamation.

“To be lauded for her efforts from not only the CEO but the board chair and other politicians, I think winning this wonderful honor not only brings recognition and notoriety to her, but I think it also brings recognition to the school as a whole because wonderful things are happening here at Bowie,” Prince said.