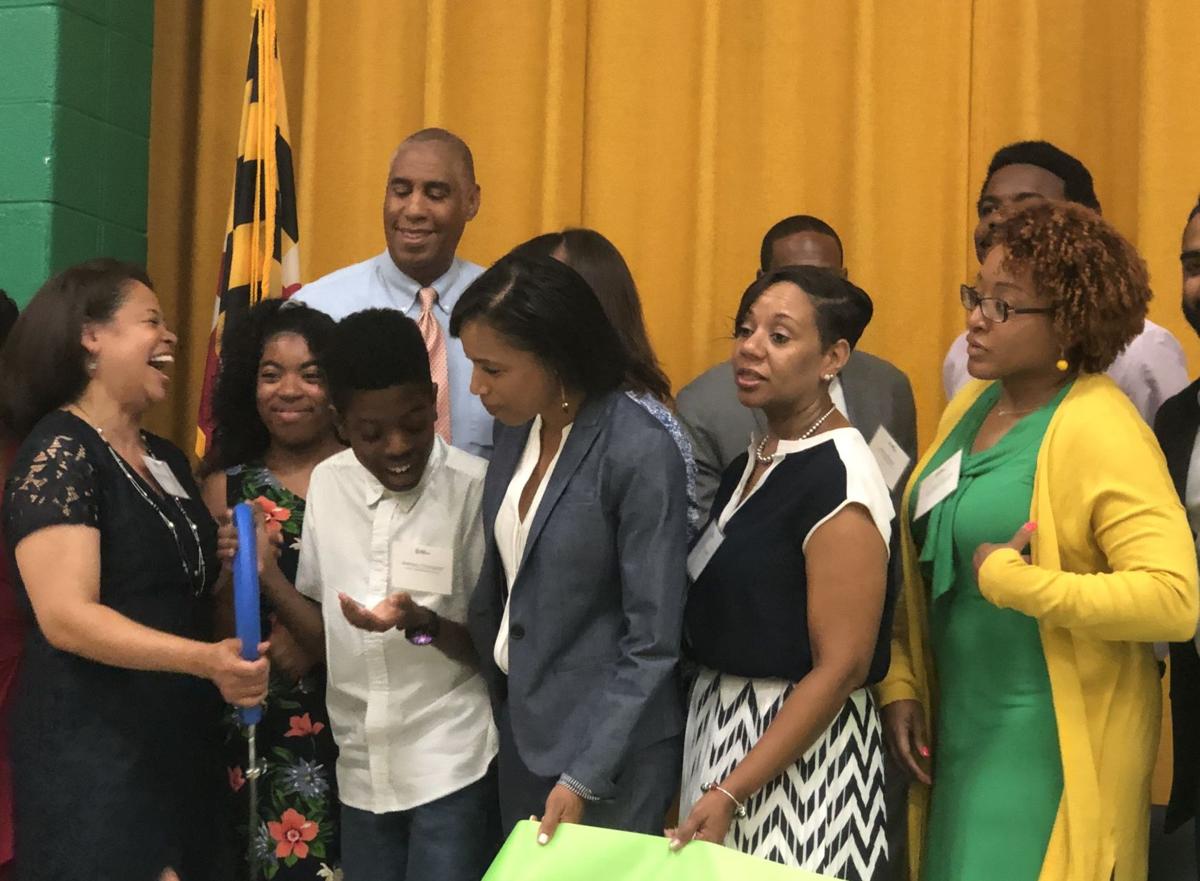 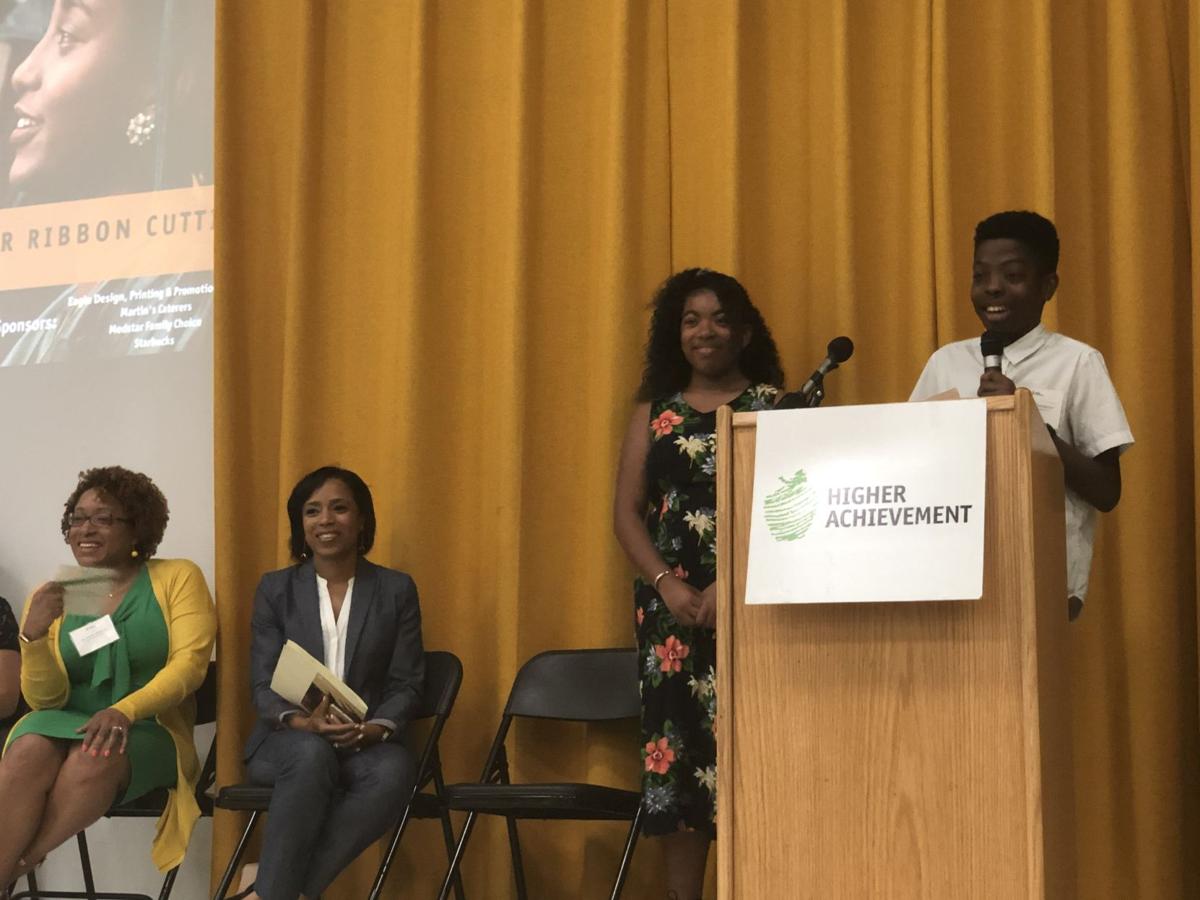 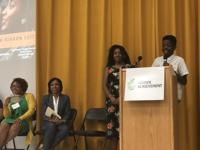 GREENBELT – Prince George’s County officials got together to officially cut the ribbon for the opening of  Greenbelt Middle School’s new “Achievement Center” on July 2 after three years of working to bring the program to the county.

The center will provide a six-week summer program for middle schoolers, as well as afterschool mentoring sessions and high school placement coaching during the school year.

It will be operated by Higher Achievement, a local nonprofit focused on fostering educational and social success for students in middle school with locations in Virginia and Washington. The center at Greenbelt Middle marks the nonprofit’s first step into Prince George’s County.

The program, according to Higher Achievement’s D.C. Metro Deputy Director Christie Lerro, requires a multi-year commitment from the students and their parents. Sixty students will be selected to take part in Greenbelt Middle’s program this year. Lerro added that during the initial interview process, Higher Achievement doesn’t consider grades or test scores when considering candidates.

“The single factor we’re looking for is motivation,” Lerro said. “It takes a certain type of student to be willing to give up their summer hanging out at the pool or playing basketball.”

According to Thalia Theodore Washington, the new D.C. Metro executive director for Higher Achievement, the cost of running an “Achievement Center” for one year is about $250,000.

To help fund the program, Prince George’s County partnered with corporate sponsors from MGM National Harbor and 2U, an educational software company.

Washington added that the corporate sponsors would also contribute volunteers towards the mentor needs of the center. Before the ribbon was cut, Prince George’s County Executive Angela Alsobrooks also announced a $50,000 grant from the Community Partnership Grants program.

Lupi Grady, a former District 2 member of the Prince George’s County Board of Education, said she has been working to bring Higher Achievement to the county for three years, first with former D.C. Metro Executive Director Katherine Roboff, and now with Washington.

Although Grady was not re-elected during last November’s primaries, she said she continued to support the relationship with Higher Achievement, in part due to the appreciation she has for the afterschool programs that helped her and her peers as students in D.C.

“My concern was that, as I transitioned from being a board member, that these relationships wouldn’t transition, but they did,” Grady said. “People were on the same page. Students were first.”

David Sutphen, chief strategy and engagement officer for 2U, also said that Higher Achievement’s cause was personal.

“I grew up in a poor to a working-class neighborhood in Milwaukee, Wisconsin, and went to public high school,” Sutphen said. “Because I had mentors and teachers who cared about me outside of school, I managed to go away to college and now serve on a lot of nonprofit boards in the education space.”

Valentine pointed out that as the two students walked up to the podium on the cafeteria’s stage, Thompson, ushered his classmate ahead of him.

“And they say chivalry is dead!” Valentine said. Both students spoke on the quality of their classes, but Thompson reserved the beginning of his remarks to praise the quality of the new book series he had begun reading – the “Percy Jackson” books, by Rick Riordan.

“I love the way Riordan writes – it inspires me,” Thompson said.

He said his favorite class was social studies “with the times,” where students are encouraged to discuss and reflect upon social issues such as police brutality and racism.

During the ribbon cutting, with Higher Achievement and Prince George’s officials lined up on one side of the ribbon and photographers on the other, Thompson was handed the ceremonial scissors.

“Okay, we’ll go on three,” one photographer said, but Thompson had already snipped the ribbon, burying his face in his hands as the cafeteria erupted in laughter.