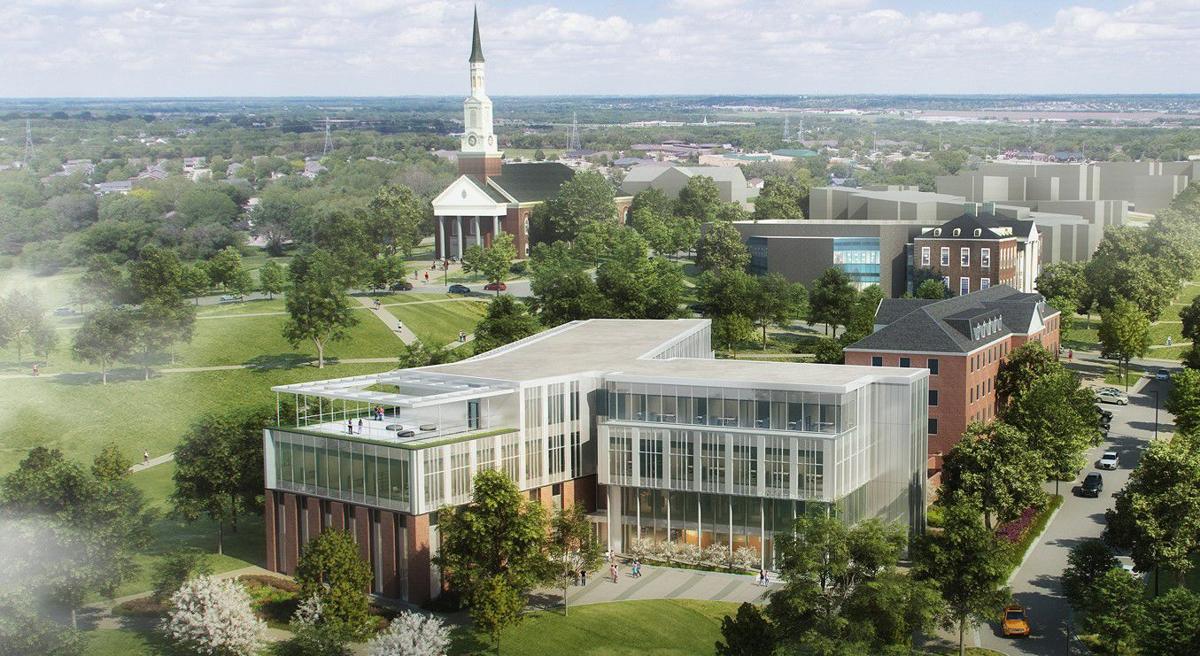 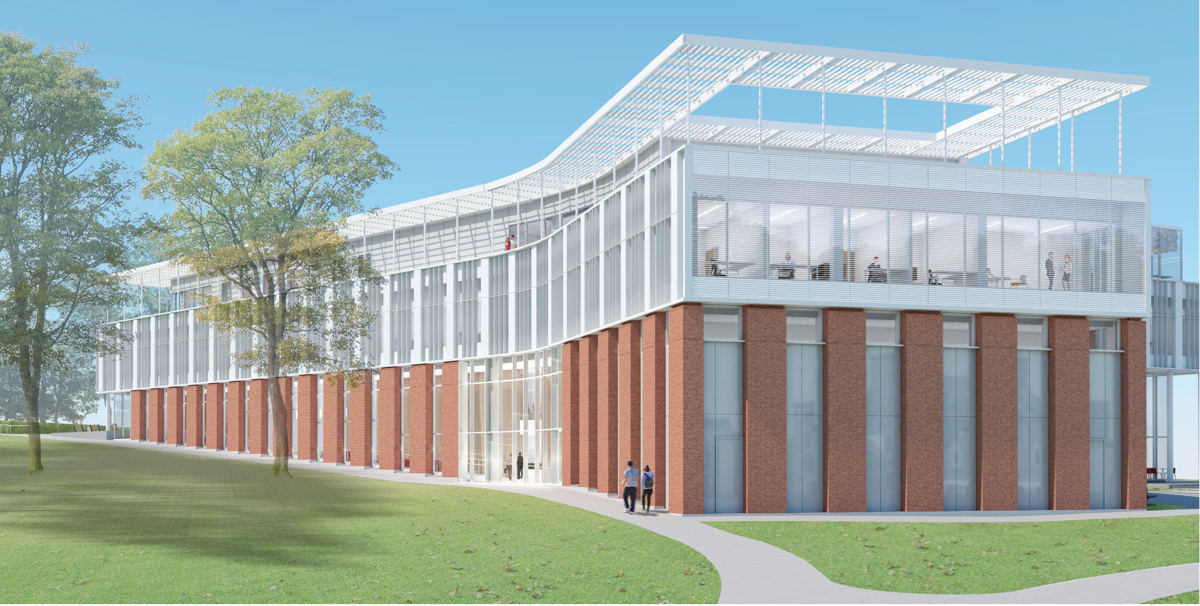 The School of Public Policy building, a 70,000 square-foot facility, will be located between the Lee Building and Rossborough Inn, adjacent to the Chapel Lawn. (Courtesy Photo)

The School of Public Policy building, a 70,000 square-foot facility, will be located between the Lee Building and Rossborough Inn, adjacent to the Chapel Lawn. (Courtesy Photo)

COLLEGE PARK – University of Maryland officials broke ground on a new addition on Oct. 29 to its College Park campus as the School of Public Policy will have its own home starting in 2022.

The School of Public Policy building, a 70,000 square-foot facility, will host undergrad and master students for the major as well as bring together five of the university’s research and policy impact centers and institutes: the Center for Global Sustainability, the Center for International & Security Studies at Maryland, the Center for Public Policy & Private Enterprise, the National Center for Smart Growth and the Do Good Institute.

It will be located between the Lee Building and Rossborough Inn, adjacent to the Chapel Lawn. Officials said that the building will contain eight conference rooms and an assembly chamber configured as chambers of policymakers around the world.

“This new building will accommodate the school’s rapid growth in students headed for public policy leadership in the national, international, nonprofit and philanthropic sectors,” said University of Maryland President Wallace D. Loh. “Along with its unique curriculum, research leadership, and proximity to the nation’s capital, this building will help propel the school to become one of the very best in the country.”

The ceremony, held at The Hotel at the University of Maryland, featured the attendance of several state and local officials, celebrating the building as an ongoing effort to connect students to policymakers. University officials say the building will host all required courses related to the major that provide a “conceptual, analytical and practical foundation in public policy.”

“This building will be a new home for deliberation and discussion on campus,” School of Public Policy Dean Robert C. Orr said. “It will allow us to continue developing leaders trained in the art of policy and governance, who will go out into the world to do good.”

The School of Public Policy has experienced steady growth since starting in 2017 while being housed at the Van Munching Hall, the home of the university’s Robert H. Smith School of Business.

Several guests who attended the groundbreaking already work in the field of public policy, including Speaker of the Maryland House of Delegate Adrienne A. Jones (D-10), Maryland Secretary of Higher Education James D. Fielder Jr. and Chancellor of the University System of Maryland Bob Caret.

Maryland Senate President Thomas V. Miller Jr. (D-27), a Maryland alumnus, said he hopes that once the building opens, students take advantage of “an incredible opportunity to be a part of solutions that will impact the State, as well as the world.”

The new building will house all the majors related to public policy, including a new minor called nonprofit leadership and social innovation. The discipline, which began in 2018, studies how nonprofits and innovation help with the creation of new policies with collaboration from the Do Good Institute, which will also be housed at the new building.

“I am very proud to say the new SPP (School of Public Policy) will provide space for changemakers, for innovators and for researchers to come together and solve some of the world’s pressing issues,” senior student Serena Saunders said.

The School of Public Policy is one of several growing projects at the College Park campus.

Also under development is the redesigned Cole Field House, which is currently in the second phase of its project.

After opening the Performance Center, an indoor practice facility, and operations center for the Maryland Terrapins football team, the second phase includes building a separate three-story facility that will be used for sports medicine and two practice fields. The full project is expected to be completed by the start of the 2020 football season.

The total price for the project is estimated to be close to $25.4 million, Executive Director of Planning and Construction at the University of Maryland Bill Olen told The Diamondback on Oct. 30. University officials confirmed that funding for the new public policy building would be coming from a private donor as well as state and school contributions. Public policy students will remain in the Van Munching until the new building is completed in 2022.