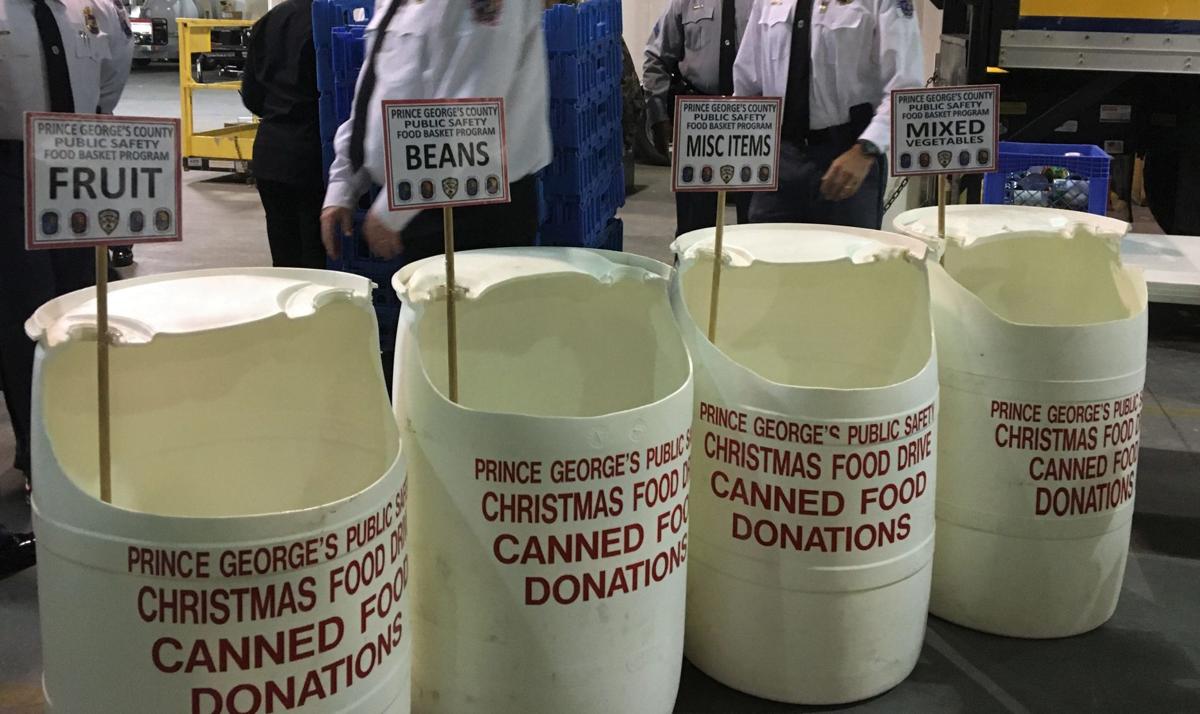 Prince George’s County Executive Angela Alsobrooks kicked off her Proud to Give Back Campaign for this year’s holiday season on Nov. 1 in the county’s Public Safety Warehouse. Photo by Elle Meyers/The Prince George’s Sentinel. 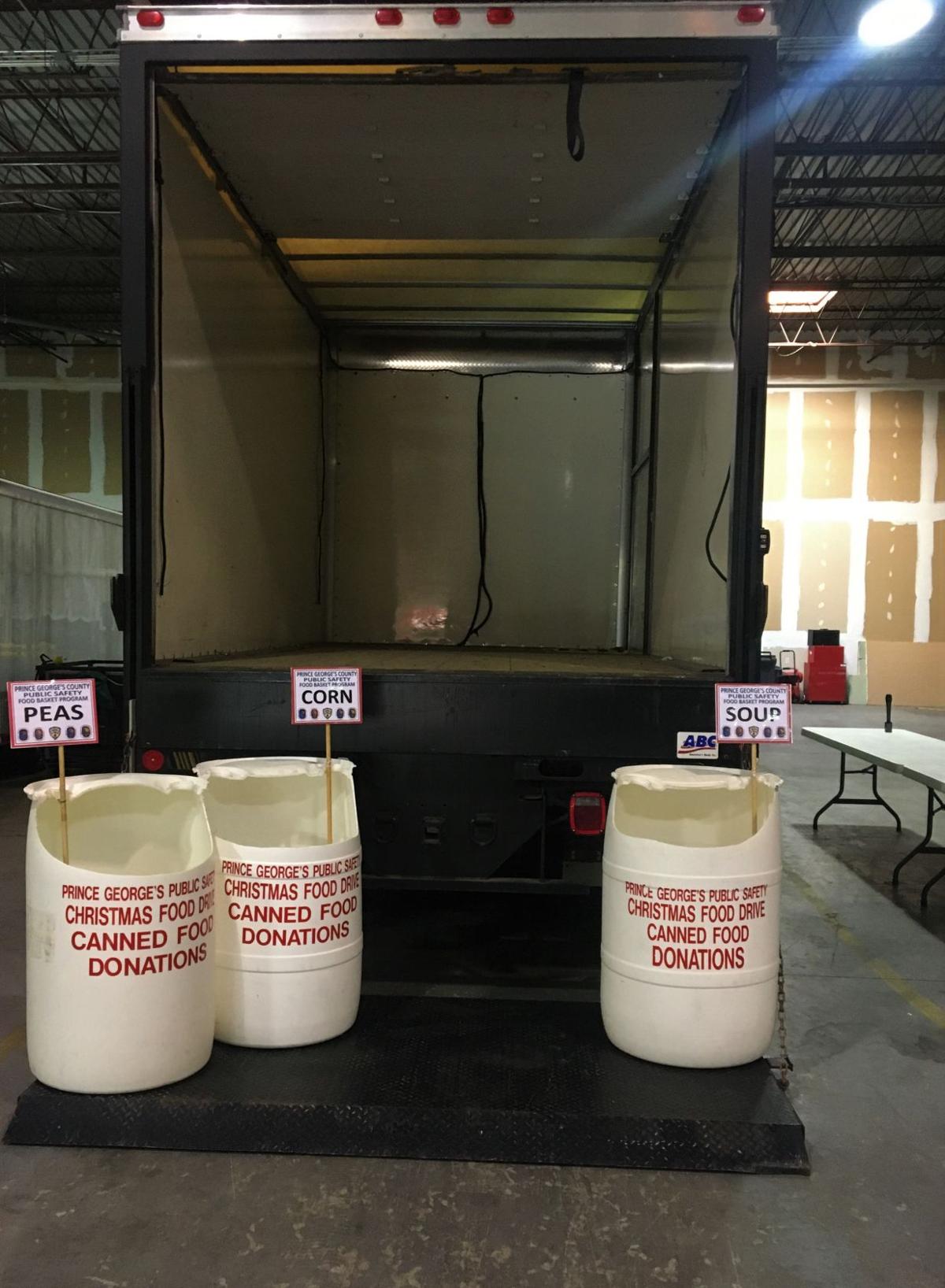 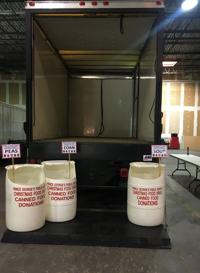 Prince George’s County Executive Angela Alsobrooks kicked off her Proud to Give Back Campaign for this year’s holiday season on Nov. 1 in the county’s Public Safety Warehouse. Photo by Elle Meyers/The Prince George’s Sentinel.

LANHAM — Prince George’s County Executive Angela Alsobrooks kicked off her Proud to Give Back Campaign for this year’s holiday season on Nov. 1 in the county’s Public Safety Warehouse.

This year’s food drive is especially important, given the incredibly low amount of food the county currently has to give away to families. Officials explained that last year’s government shutdown, which lasted from December 22, 2018, until mid-January, depleted the warehouses of donations.

“Last year, we stepped up as a county to help people who were in need who had been furloughed by the federal government that was after what we normally did for hundreds and hundreds of families during the holiday season,” said Jennifer Donelan, who serves as the director of media relations division within the Prince George’s County Police Department (PGPD).

She explained that supporting residents in need last year meant using up all of the food the county had stored.

“This warehouse is now empty, unfortunately,” she said, “because of all the assistance that we gave out last year, so we are starting from ground zero. This is a public appeal for everyone, all of us as employees and residents to step up and drop off food because people need it.”

Alsobrooks noted during her remarks that being able to give to others is a real joy, and the county desperately needs to restock their food stores.

“It is more empty in this room than I have ever seen it, I almost cannot believe just how empty it is in here,” she said. “We have never seen this, I’ve been participating in this particular event for years but because of the devastation, and devastation is really an understatement that we experienced during the federal government shutdown at the beginning of the year we literally had to deplete all of the resources that we have.”

She explained that last year, the county gave out about $15,000 in canned goods and received about $10,000 of donations that went to people in need.

“So, this facility that is generally overflowing is quite empty. We were so happy to be able to offer that support to our families, but what that means is we really need to make a plea now to our community to ask you to come out and make sure you are making those donations this year more than ever,” Alsobrooks said.

She called seeing families waiting in line for food assistance during the last government shutdown, “heartbreaking.”

“It was the most heartbreaking thing I think I can remember in a long time to see hardworking families who were standing in lines, not only at the food pantries throughout the county but we watched them at places like Giant Food Stores, they gave out food as well, but it broke my heart to drive up and see those hardworking folks in line waiting for food,” Alsobrooks said.

On Nov. 4, the county’s Stuff-A-Truck event kicked off in Upper Marlboro. Euniesha Davis, who serves as the director of Prince George’s County Office of Community Relations, explained that the Stuff-a-Truck event is a countywide, five-day food drive that supports local food pantries and this year the truck will be mobile.

“This year’s theme is ‘Move that Truck’ for the first time ever the truck will be mobilized throughout the county, we’re going to make it convenient for residents to give,” Davis said.

For residents who want to donate but also need to get to work early in the morning, the Stuff-A-Truck program will have an Early Bird Bonanza that begins at 7 a.m.

“We’re calling it a ‘drive in, drop off’ so we’ll have office of community relations and county executive staff that will be there to collect donations so you can just drive up, put that window down, stick (your contributions) out the window and you just keep on going,” she said.

Donelan explained that along with the Stuff-A-Truck event, another program would be running called the Public Safety Food Basket Program, which will be run by the five public safety departments. They include Prince George’s County Police (PGPD), fire, homeland security, the office of the Sherriff and Department of Corrections.

“This is a labor of love every year,” Donelan said.

Through their programs, county officials hope to feed about 500 families this holiday season.