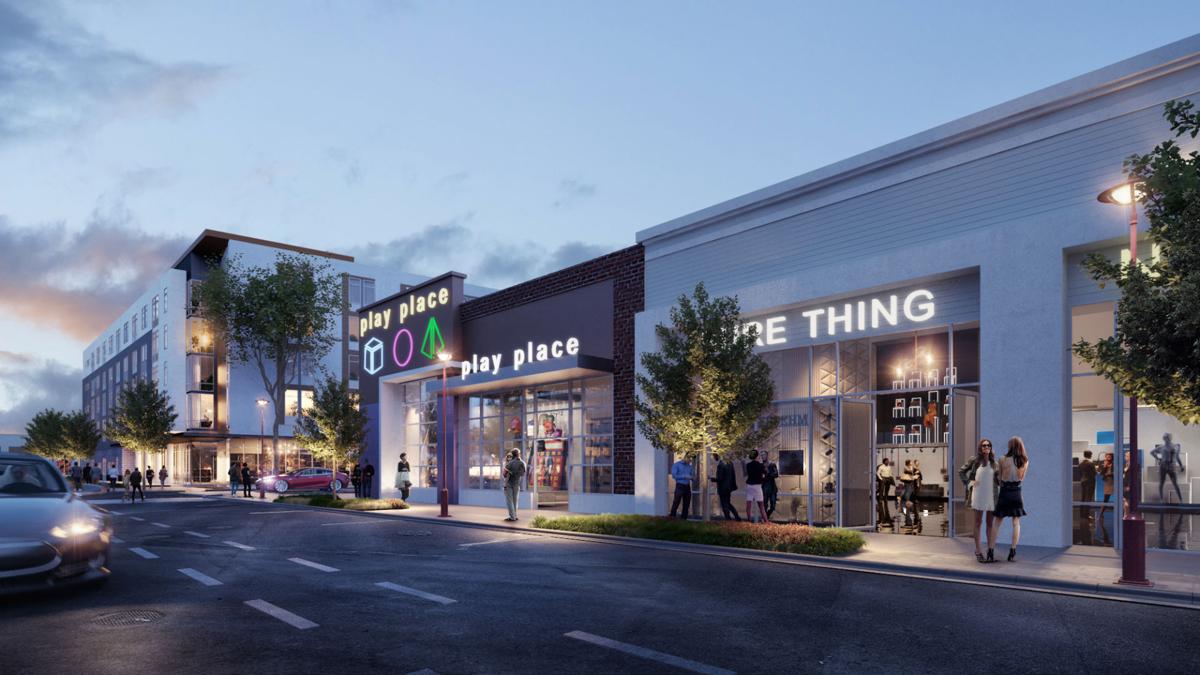 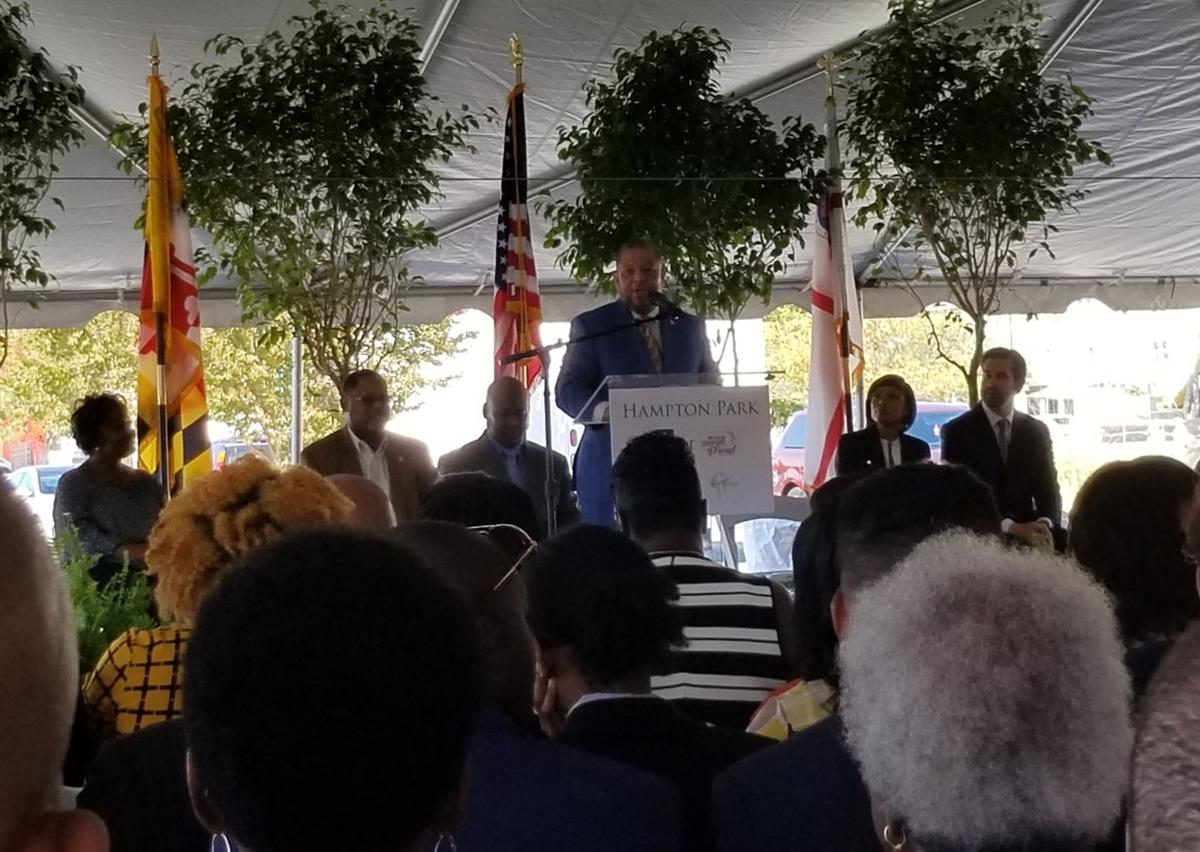 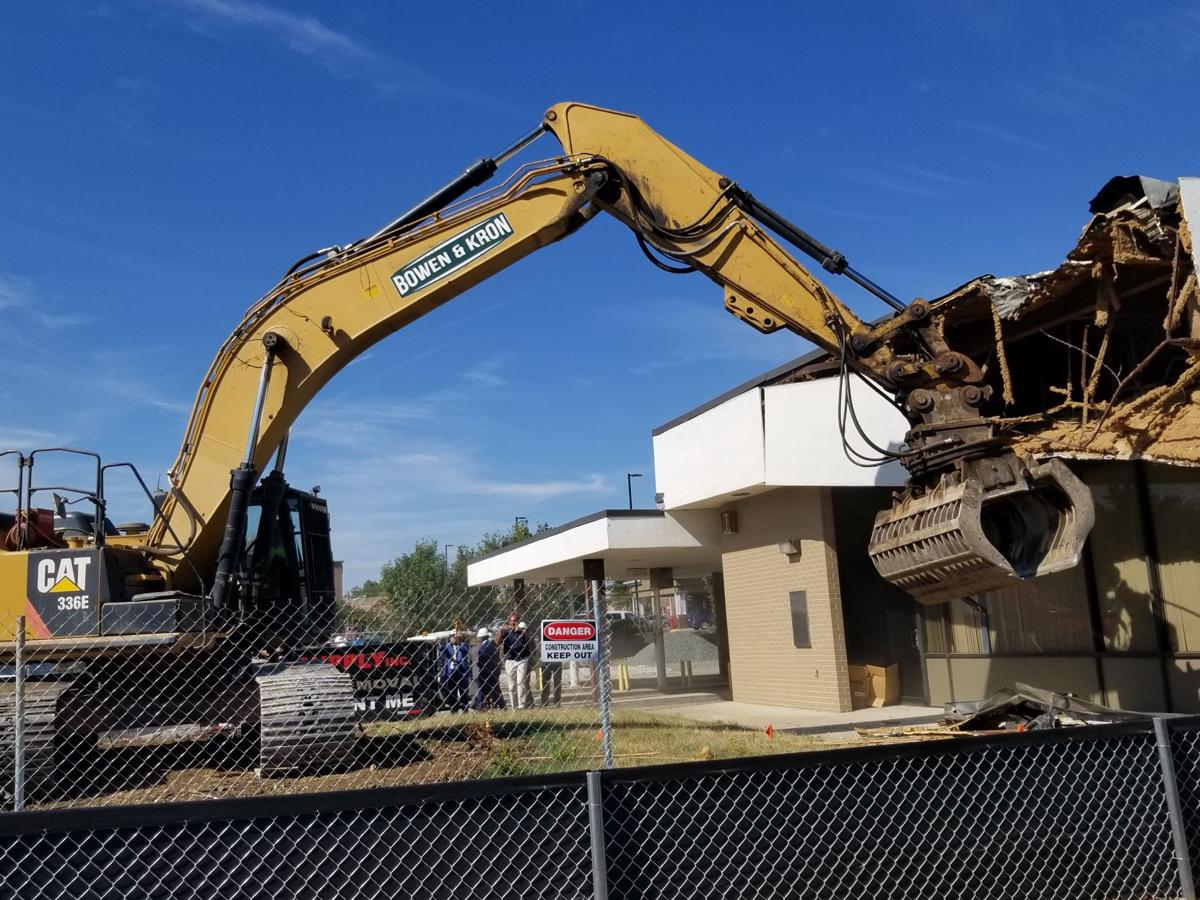 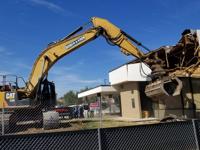 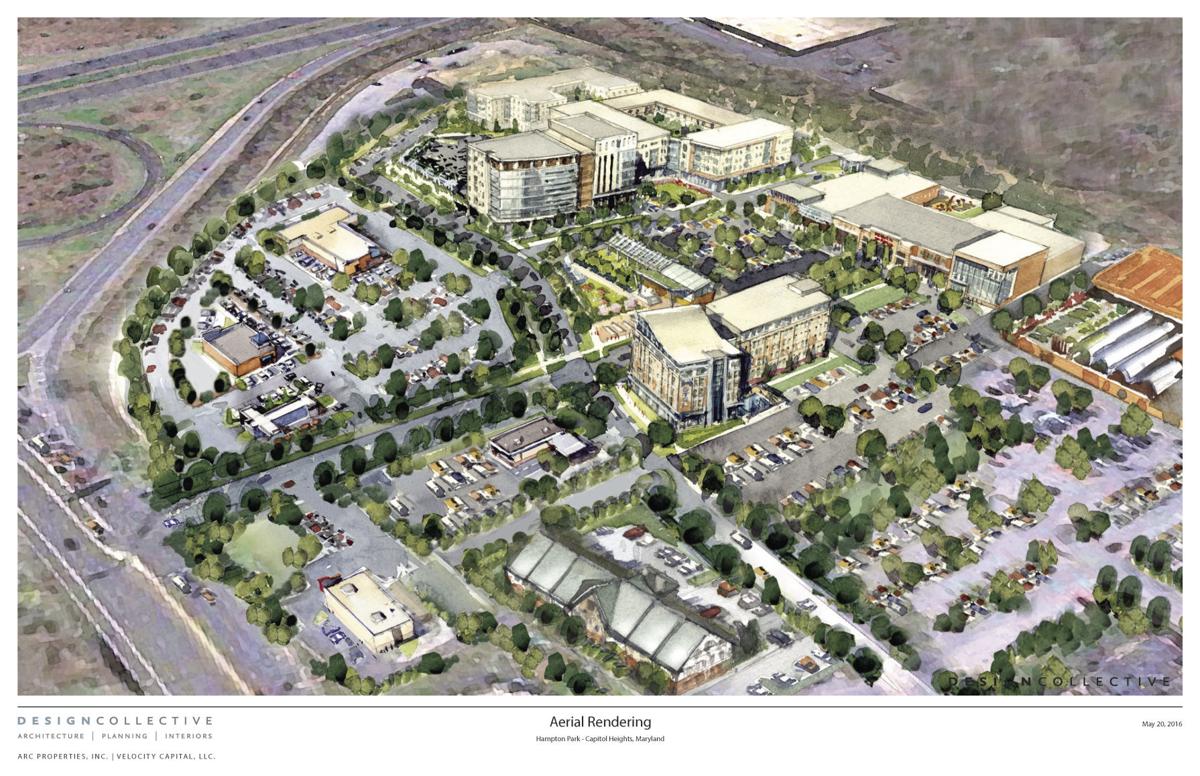 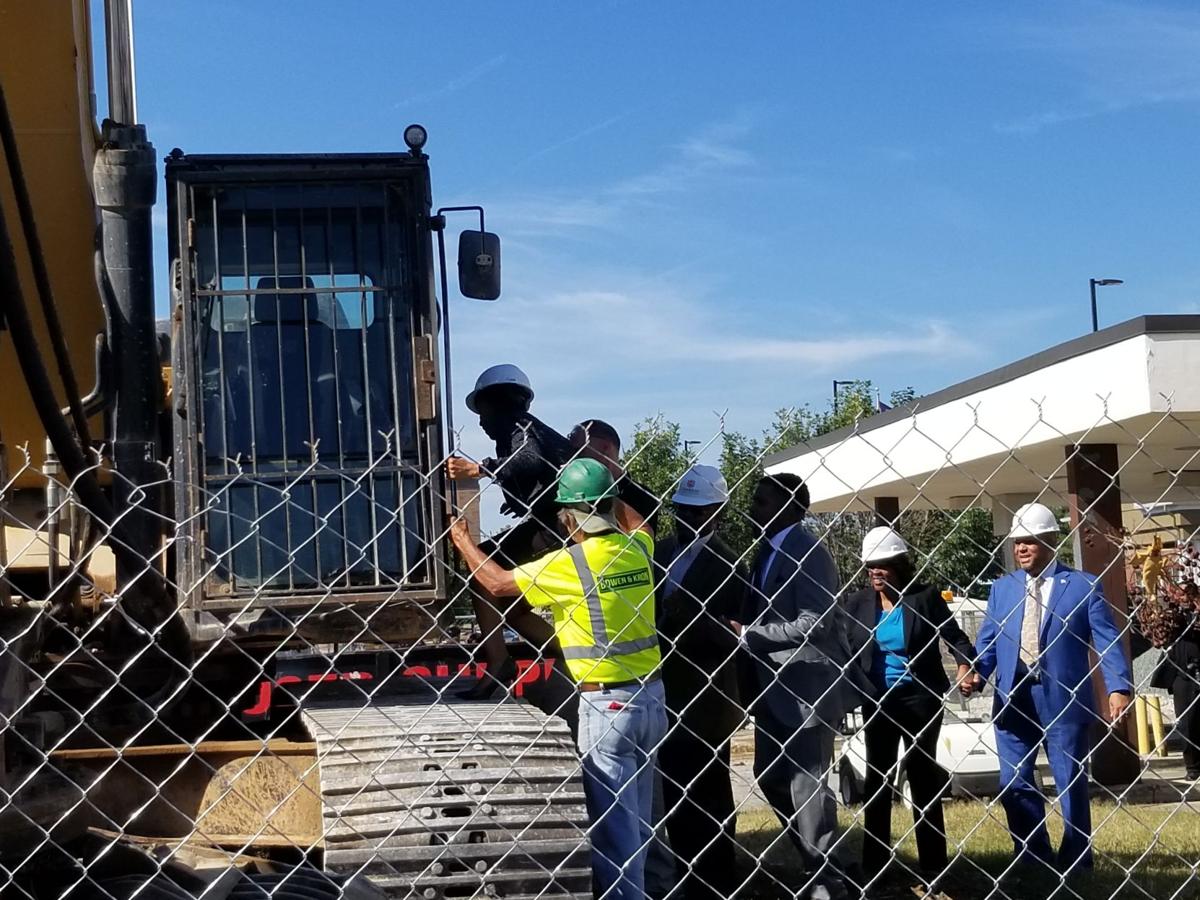 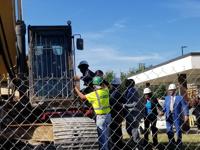 CAPITOL HEIGHTS — To celebrate the beginning of construction for the $250 million development project in Hampton Park, county officials, developers and members of The Sanctuary at Kingdom Square church held a ceremony which featured a keynote speech by County Executive Angela Alsobrooks, a dance performance and a building demolition to kick off the construction on Sept. 27.

“This is a community project, this project has been for the community,” said Brandon Bellamy, CEO of Velocity Companies, a Maryland-based, minority-owned commercial real estate company and one of the lead developers of the site, at the beginning of the ceremony.

“It took a long time to get it to come to fruition, and that’s probably why there are so many people here, and there is so much happy energy because when you work on something that’s meaningful and can really improve the lives of many people, people just get inspired by it.”

The project, which was initially announced by County Councilmember Derrick Leon Davis (District 6) on July 24, is envisioned as a mixed-use development project on the 25-acre site formerly known as Hampton Mall. It is expected to be completed within 30 months.

It will feature multi-story apartments, retail, offices, hotels and a $35 million Health and Human Services building. The new center will be part of a revitalization of the MD 214/Central Avenue corridor which has been designated as a Life Sciences and Health corridor.

The Hampton Park development will include a 120-room business hotel, 100,000 square feet of retail which will consist of Market Fresh Gourmet Grocer, the award-winning Ivy City Smokehouse restaurant and four to five-story apartments and townhomes.

In addition to the Health and Human Services building, another staple of the area will be a Senior Day Center, a 17,000-square-foot center to accommodate the educational, recreational and social interaction needs of the seniors in the surrounding Capitol Heights area.

The area was also designated as an Opportunity Zone. Established in 2017, as part of the federal Tax Cut and Jobs Act, the Opportunity Zone program incentivizes long-term private sector investments in urban and rural communities that are explicitly designated by each state and certified by the Treasury Department. The Opportunity Zone fund for Hampton Park raised $35 million towards this project.

The Sanctuary at Kingdom Square played a significant role in getting the project off the ground as well.

Spearheaded by Bishop-Elect Anthony Maclin, the 3,000-member church purchased the Hampton Mall property in 2004 hoping to revitalize it into a community space.

“We knew we needed to do something with this place, Central Avenue, and it means something to me because it’s the central dividing point for me for this county…Everything is around us, and if we could just draw the synergy and bring people together, we thought that this would be a great place to live, to work and to enjoy what God has done for us,” Maclin said.

In an effort that lasted about 15 years, Maclin and his congregation led the purchase, lease and renovation of more than $24 million in properties for church and other retail use and spurred community-focused development along the Central Avenue corridor in Capitol Heights leading up to the Hampton Park development of today.

The Hampton Mall used to be a vibrant space, and this project will bring it back to vibrancy, Davis said.

He called the Central Avenue corridor the transportation artery and the center of the county and, along with the Regional Medical Center and Metro station located nearby, Hampton Park will be “a vibrant community development.”

Following a dance performance by the Divine Dance Institute of Capitol Heights to the song “A Brand New Day” from “The Wiz” signifying the theme of the event, Alsobrooks took to the stage to address the importance of what this new space will mean for the county.

With Prince George’s County being in the top 4% wealthiest counties in the country, Alsobrooks said, this means the county has buying power and there is a great return on investment within the county.

After giving her speech, the county executive was given the honor of starting the construction. Everyone gathered around as she climbed into a bulldozer and, with the help of a member of the construction team, partially knocked down an old credit union.

While Velocity started putting together the first feasibility studies of the project in 2009 and had the site plan fully approved in 2017, Bellamy said it was not easy getting to this point.

“My biggest challenge in this project has been the perception that people have had about the county,” he said. “Hampton Park was a microcosm, so it was the same exact problem. We had difficulty getting people to see that it was a self-imposed perception.”

The real estate was good, he said, but one of the reasons it took so long to get the project off the ground is because it was passed over because the people who had the capacity to invest were not interested due to their of the perception of the area.

However, redeveloping this area is the first step to changing what people think of Capitol Heights, Maclin said, and it will be the kind of place that the people of Prince George’s County deserve.