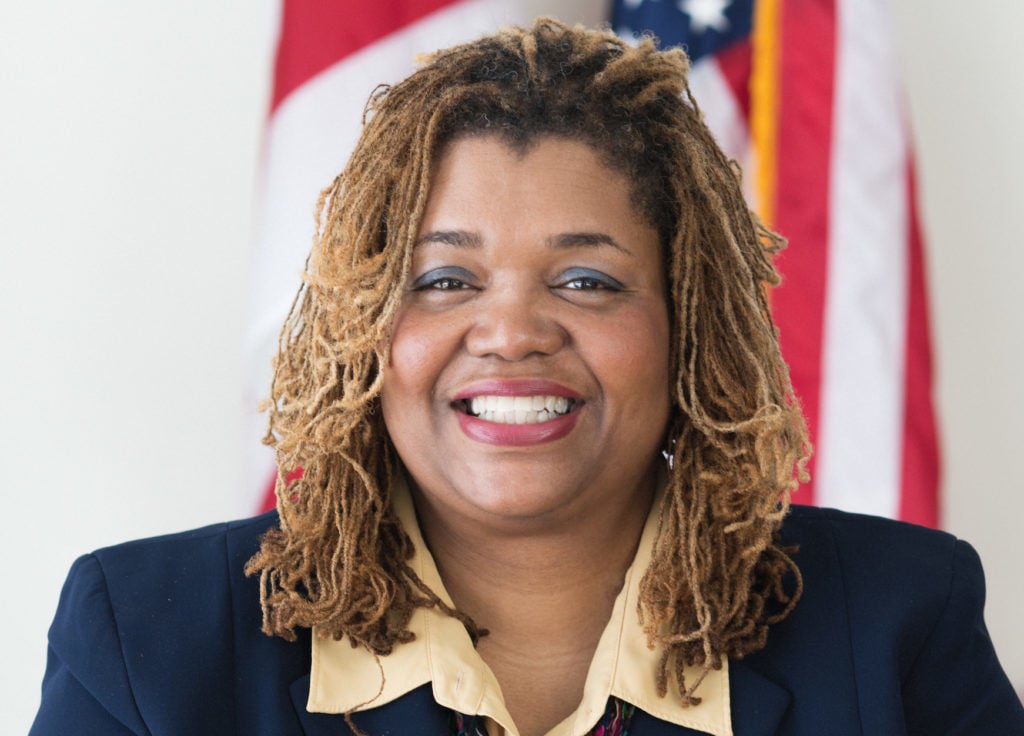 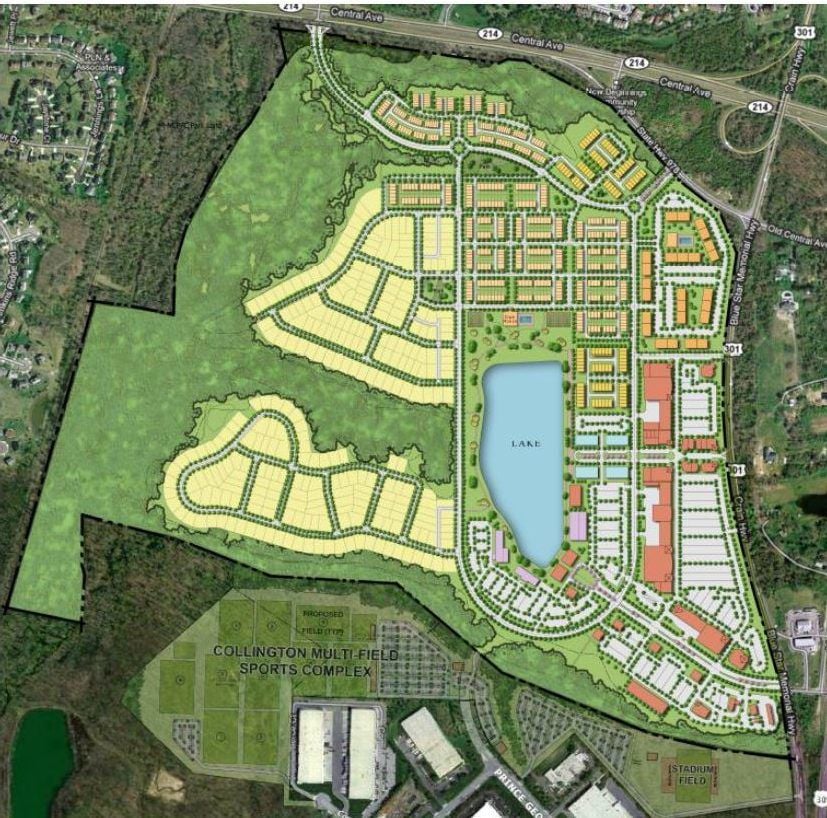 The current layout for the South Lake development. (Courtesy Photo) 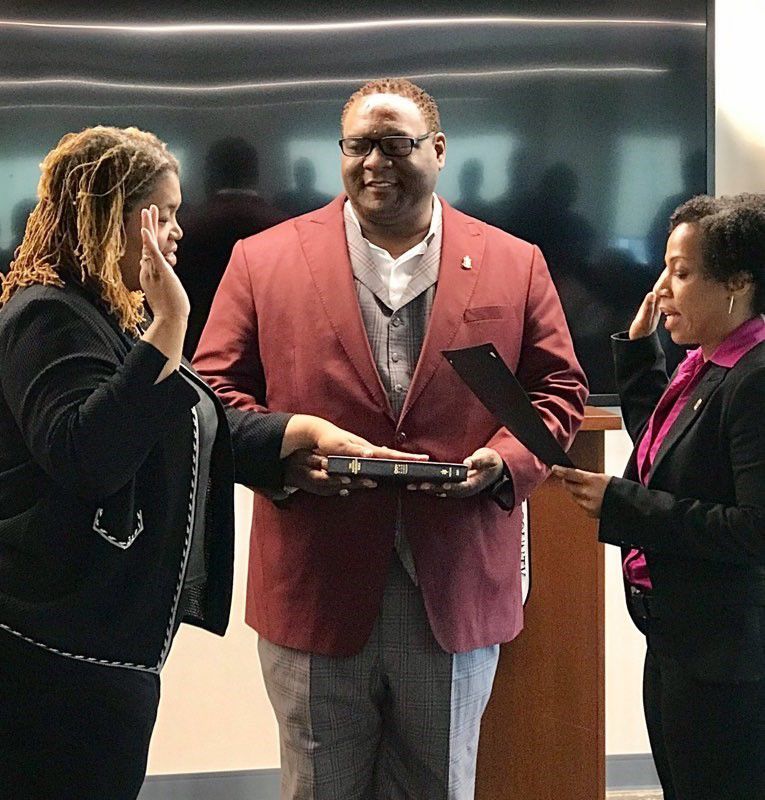 After being confirmed by the Prince George’s County Council, Melinda M. Bolling, the new director of Department of Permitting, Inspections and Enforcement (DPIE) is sworn in on May 14. (Courtesy Photo)

The current layout for the South Lake development. (Courtesy Photo)

After being confirmed by the Prince George’s County Council, Melinda M. Bolling, the new director of Department of Permitting, Inspections and Enforcement (DPIE) is sworn in on May 14. (Courtesy Photo)

UPPER MARLBORO – The Prince George’s County Council confirmed the appointment of Melinda M. Bolling as the director of Department of Permitting, Inspections and Enforcement (DPIE) on May 14.

Bolling, who formerly worked a similar role in the Washington, D.C. Department of Consumer and Regulatory Affairs, was nominated for the role by County Executive Angela Alsobrooks in November following her election victory.

Her nomination followed a lawsuit filed on Aug. 10, which claimed that under Bolling’s leadership, employees were not trained on how to gather public records promptly and  attempted to retaliate on negative feedback. During a Committee of a Whole meeting from April 23, the council voted unanimously to confirm her nomination.

“During the committee meeting, Ms. Bolling shared her vision for the Department of Permitting, Inspections and Enforcement, summarizing some of the efforts already undertaken as acting director to develop and enhance the Department’s services and to ensure transparency, communication and customer service,” the report from the meeting said.

During her remarks, Alsobrooks said Bolling embraced the challenge of heading “a tough department.” The county executive said her administration properly vetted her background and took input from elected officials and residents from Washington, D.C.

“She is a talented lawyer, and as you heard, she represented agencies in both judicial and administrative tribunals,” Alsobrooks said. “She is a reformer, and that is what brings her to you today; she was known as that in her previous role and I can tell you that is what she is.”

Bolling will be heading a department that faced heavy scrutiny after electrical problems at MGM National Harbor Resort in Oxon Hill caused a little girl to be electrocuted on June 26. At the time of the incident, seven-year-old Zynae Green ended up going into cardiac arrest as a result of the electrocution and needed to be resuscitated by resort personnel. She is permanently disabled from the incident. Her family filed a lawsuit against the resort on Nov. 19.

Former Director Haitham A. Hijazi confirmed preliminary findings that faulty wiring and improper installment of the lights led to the electrocution. He retired from the role on Nov. 5 following the scandal.

Since being appointed to acting director, Bolling said that she has made it clear to her staff the need to improve customer service within the agency including being available at local home improvement stores to talk to residents on how to legally obtain a permit. Moving forward, Bolling said that working with small businesses and improved communication will be the next phase of her plan to improve the department.

“We are going to work to make sure that everyone knows what they need to do to be in compliance,” Bolling said.

Following quick public comments supporting Bolling’s nomination, the council voted unanimously confirmed her as the new director of the department.

During the meeting, the County Council voted to provide $33 million in bonds in establishing a new housing and mixed-use development in Bowie.

The 381-acre property, originally known as the Karington Development, will be known as South Lake once the project is completed.

It will include 1,360 residential units, a hotel, 600,000 square feet of retail and office space, several athletic and recitation fields, and a 25-acre park. It is located south of Bowie Town Center on the intersection of Central Avenue and Crain Highway.

Developer NAI Michael will be working together with Chesapeake Realty Partners to complete the development. During a Committee of a Whole Meeting before the vote, the council approved that the group was meeting all the conditions. Following a quick discussion, the council approved the measure unanimously before it moved to the chambers for a final vote, Committee Director Howard Stone said.

Meanwhile, more projects continue to take shape in the county as KLNM, a commercial real estate brokerage firm, announced on May 13 that Capital Plaza Shopping Center will have five new tenants.

They will join current tenants Walmart, McDonald’s and a future Royal Farms location that is currently under construction. According to the press release, Capital Plaza presently offers 180,000 total square feet of developed retail space and is easily accessible from the Baltimore-Washington Parkway.

“We’re thrilled to bring these new restaurants and retailers to the Landover Hills community,” said Pete Federowicz, chief operating officer of Nellis Corporation, the owner of the property. “Through this exciting redevelopment, residents will enjoy convenient access to high-quality dining, service providers and retailers in their neighborhood.”