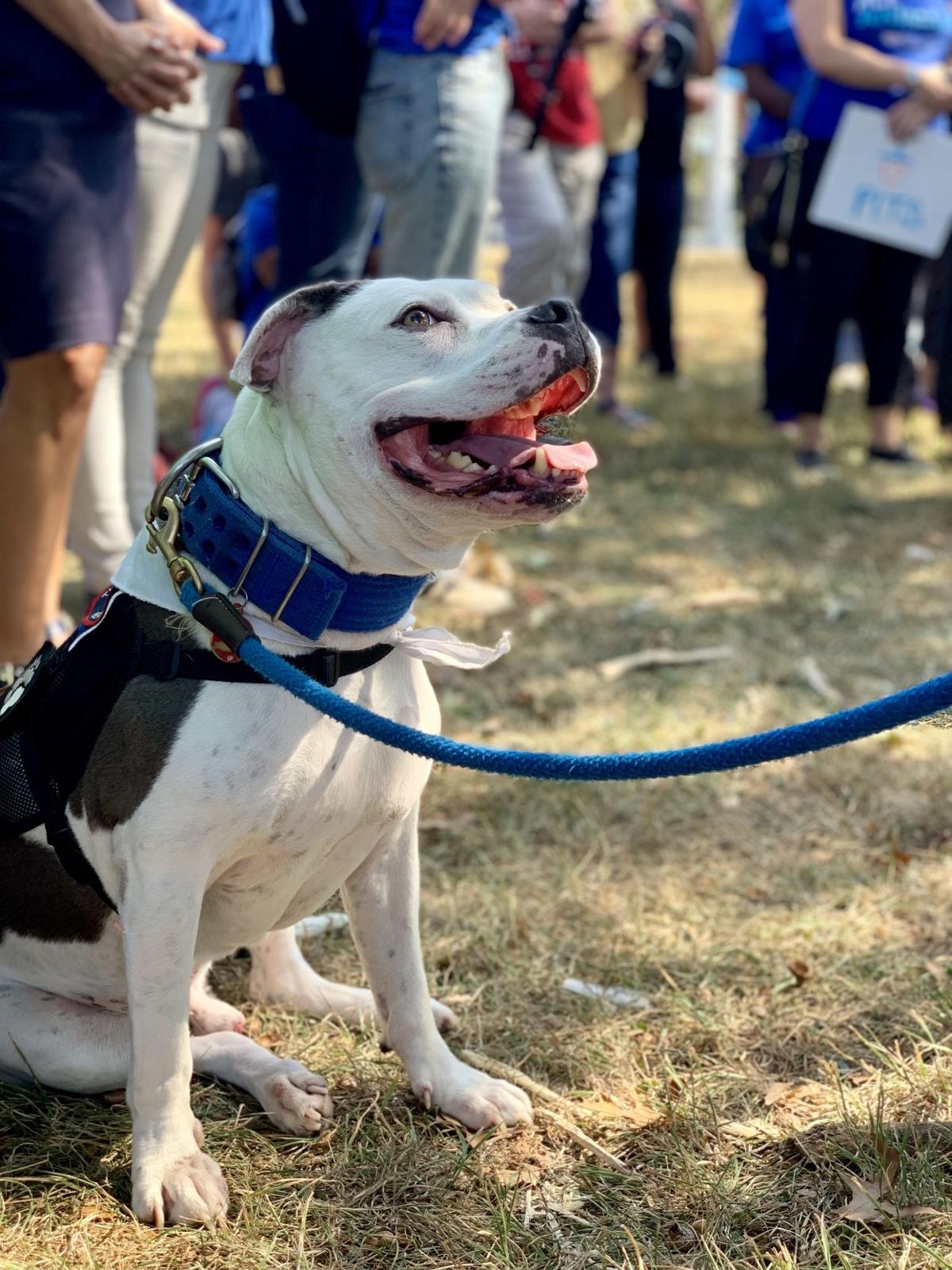 A pit bull smiles as animal rights activists joined together at the border of Prince George’s County and Washington, D.C. on Oct. 12 to protest the county’s long-serving ban against pit bulls. (Courtesy Photo) 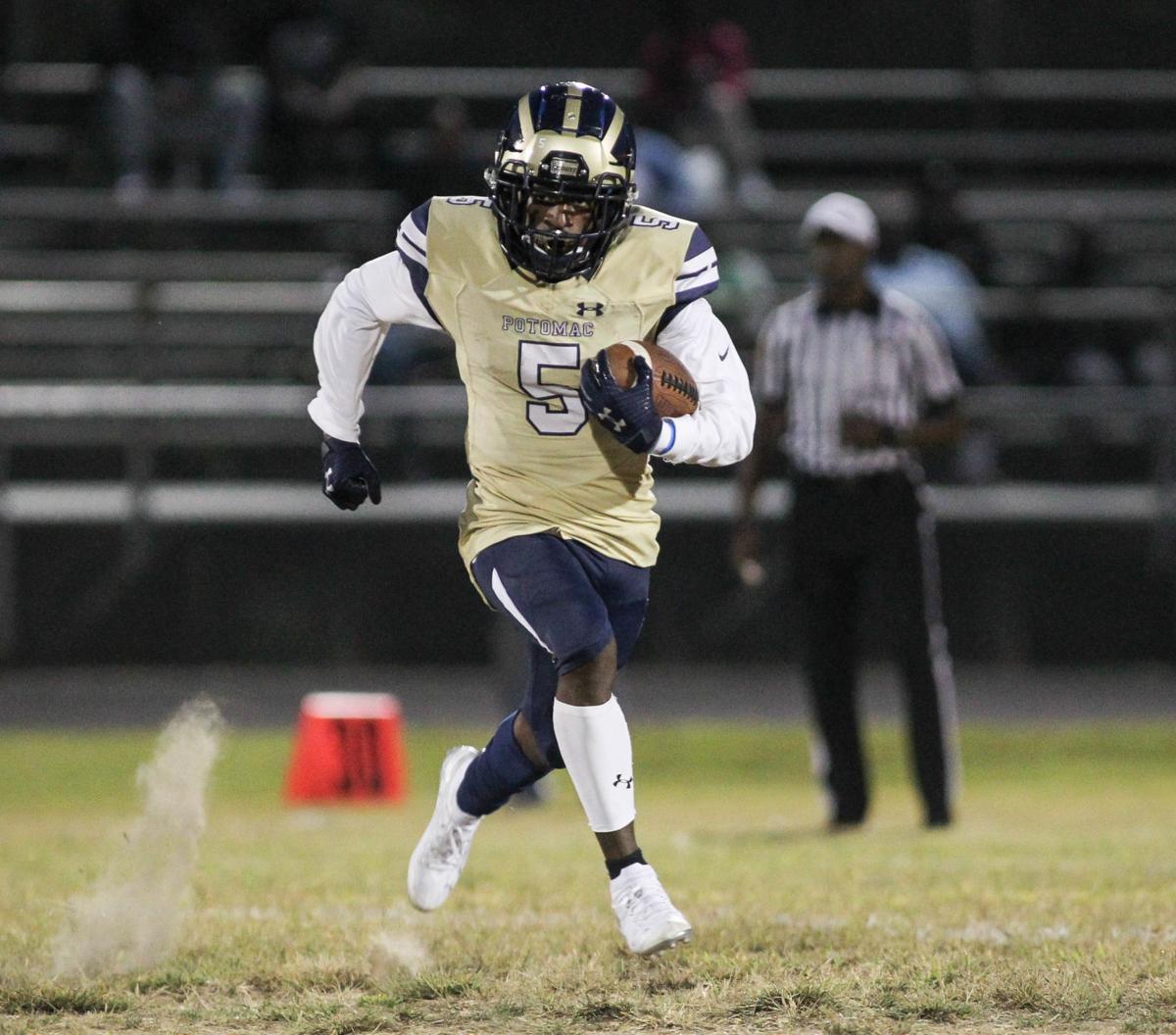 A pit bull smiles as animal rights activists joined together at the border of Prince George’s County and Washington, D.C. on Oct. 12 to protest the county’s long-serving ban against pit bulls. (Courtesy Photo)

UPPER MARLBORO — The Prince George’s County Council discussed its proposed animal control ordinance and the ban of pit bulls in the county during their meeting on Oct. 22 and voted to approve both items.

The council spent the majority of the meeting talking about the ban of pit bulls in the county, which included a robust discussion and several amendments to the legislation proposed during the discussion.

The proposal to update the Animal Control Ordinance was previously discussed by the Transportation, Infrastructure, Energy and Environment Committee (TIEE) during two work sessions on Sept. 26 and Oct. 10.

According to the committee report, the update would include improving definitions regarding animal cruelty or neglect by adding criminal and civil penalties for serious and aggravated offenses as well as defining less severe infractions, cruelty, dangerous animals, and care of animals.

It also updates details regarding the Animal Control Commission, enforcement provisions establishing things like criminal penalties for violations of dangerous dog laws, procedures for dealing with feral cats and conditions of ownership for dangerous animals as well as fees and standards for animal holding facilities, cruelty and unlawful restraint and unsafe vehicle transport and confinement.

During the Oct. 10 work session, the committee favorably recommended five amendments to the Animal Control Ordinance.

One would allow an owner to petition for the removal of the “potentially dangerous” designation and the requirements from an animal that has not had any further issues for two years.

Other amendments would allow a multi-year collection of $5 cat licensing fee, increase the annual license fee from $5 to $10 for spayed or neutered animals and exclude free-roaming cats from the definition of “animal at large” and clarifies that free-roaming cats do not create a public nuisance.

The fifth amendment made by the TIEE Committee would remove language from the Animal Control Ordinance, specifically relating to and prohibiting pit bull terriers.

However, during the full council meeting on Oct. 22, Councilmember Mel Franklin (At-Large) motioned for an amendment that would allow the county ban on pit bulls to remain. According to him, it is not in the interest of safety in the county to remove the ban.

“We’ve gotten a lot of emails from activists over the years. There has, however, been very little discussion from the community in the county about repealing the pit bull ban. In fact, some of the communities I’ve talked to haven’t had the big conversation yet … this was not something they were aware of until recently. My concern is very simply that pit bulls have a demonstrated danger to the community,” he said.

In defense of his position, Franklin cited a report by Forbes that 66% of dog fatalities to humans were attributed to pit bulls, even though they make up only 6.5% of the dog population and a report from the Washington Post that said data from the Prince George’s County Health Department said there had been a 43% reduction in dog bites since the ban was enacted in the 1990s.

“This is not something that we are not unaware of … I just think we, unfortunately, are following a different agenda here. This is not an agenda in the interest of the residents of Prince George’s County to overturn this pit bull ban,” he said.

Councilmember Jolene Ivey (District 5), on the other hand, said that there has not been enough discussion on the topic to determine whether a ban on pit bulls would be in the best interest of the county. The issue requires a lot of thought, Ivey said as she put forward another amendment before the council to recommit the Animal Control Ordinance back to the TIEE Committee to discuss it further.

“I don’t say this lightly, and I have spoken to others on this council about it, this is a serious issue,” she said. “This isn’t one that I should be scrambling around without full discussion and input from everybody who should give input.”

Ivey’s amendment sparked a long discussion and seemed to divide the council on what the appropriate action would be.

Councilmembers Dannielle Glaros (District 3) and Deni Taveras (District 2) were highly against recommitting the Animal Control Ordinance with the concern that holding it hostage was not the best way to move forward.

According to the councilmember, the current ordinance is outdated and needs to be updated. If the council voted to recommit the legislation, they would not be able to vote on it until next year, which would be doing a disservice to the county, Glaros said.

Both Glaros and Taveras also cited recent pit bull maulings within the county as reasons to move forward with the Animal Control Ordinance.

Calvin Hawkins (At-Large) and Derrick Leon Davis (District 6) sided with Ivey on the need to discuss the ordinance further.

Both expressed that they had come to the meeting to vote to continue with the ordinance. Allowing for more discussion, however, would be a “prime opportunity to let the community participate” in the process, Hawkins said.

“I am in support of the dangerous dog’s law, but in addition to that, I really do believe that we have to take a look at this ban. Is it effective? Is it being enforced?”

“What is the cost and effect of having this ban in place? What are other jurisdictions doing that have removed it? What are their challenges once they have removed the ban?” said Sydney Harrison (District 9) as he also expressed support for Ivey’s amendment.

Despite the divided council during the discussion, the vote was four to seven against recommitting the Animal Control Ordinance back to the TIEE Committee.

Glaros then put forward a substitute motion that would allow the pitbull ban to be lifted, but requirements would be put in place for people who own pit bulls.

The council then voted to table the substitute motion to be discussed at a later date.

Finally, the council returned to their original motion on Franklin’s amendment to continue with the pit bull ban. The council ended up voting yes, seven to four to approve the amendment to have the ban on pit bulls remain in the Animal Control Ordinance. The council will take a final vote on the ordinance at a later date.